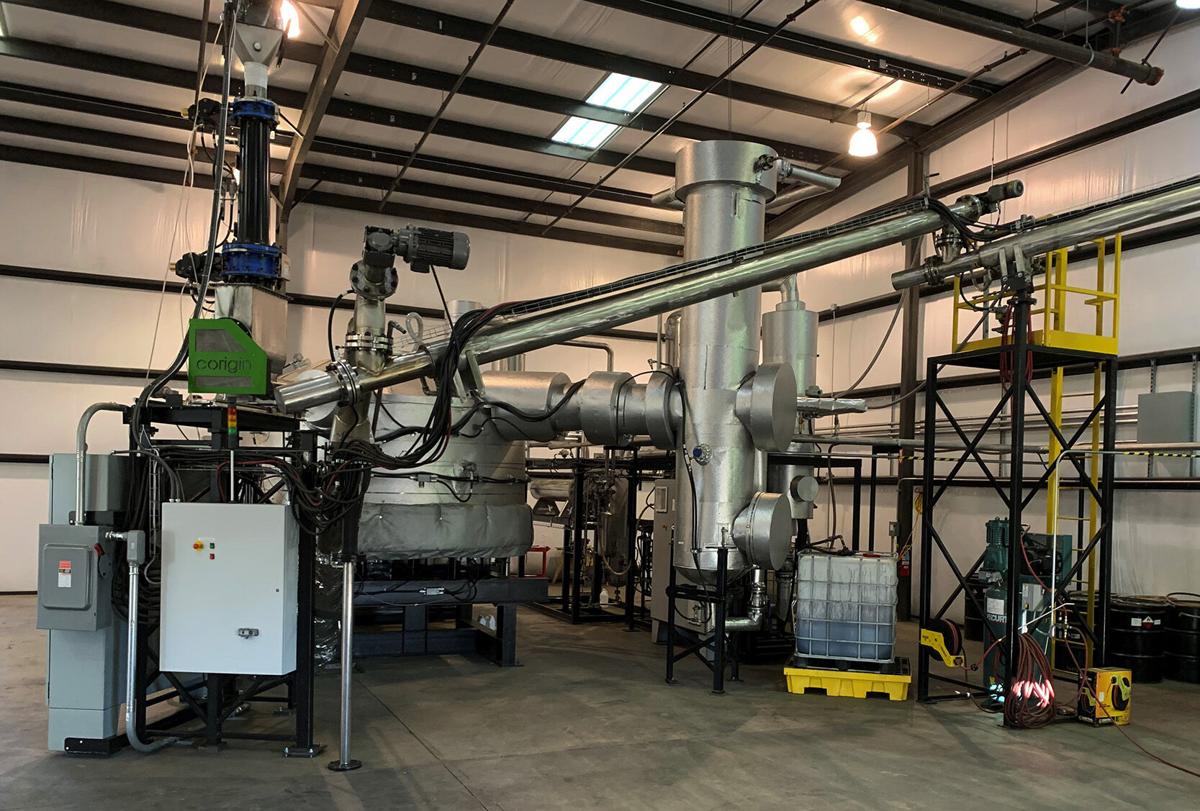 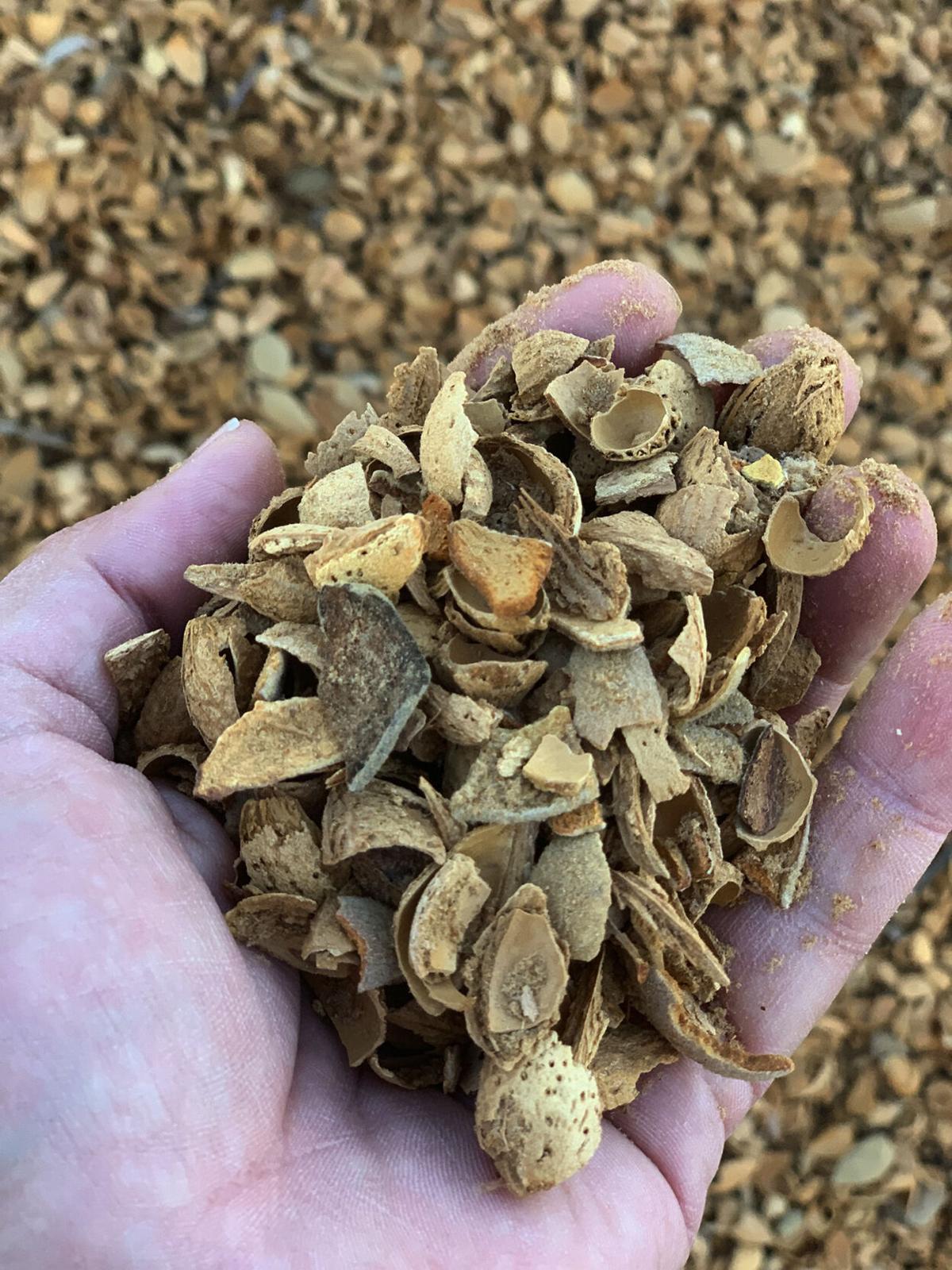 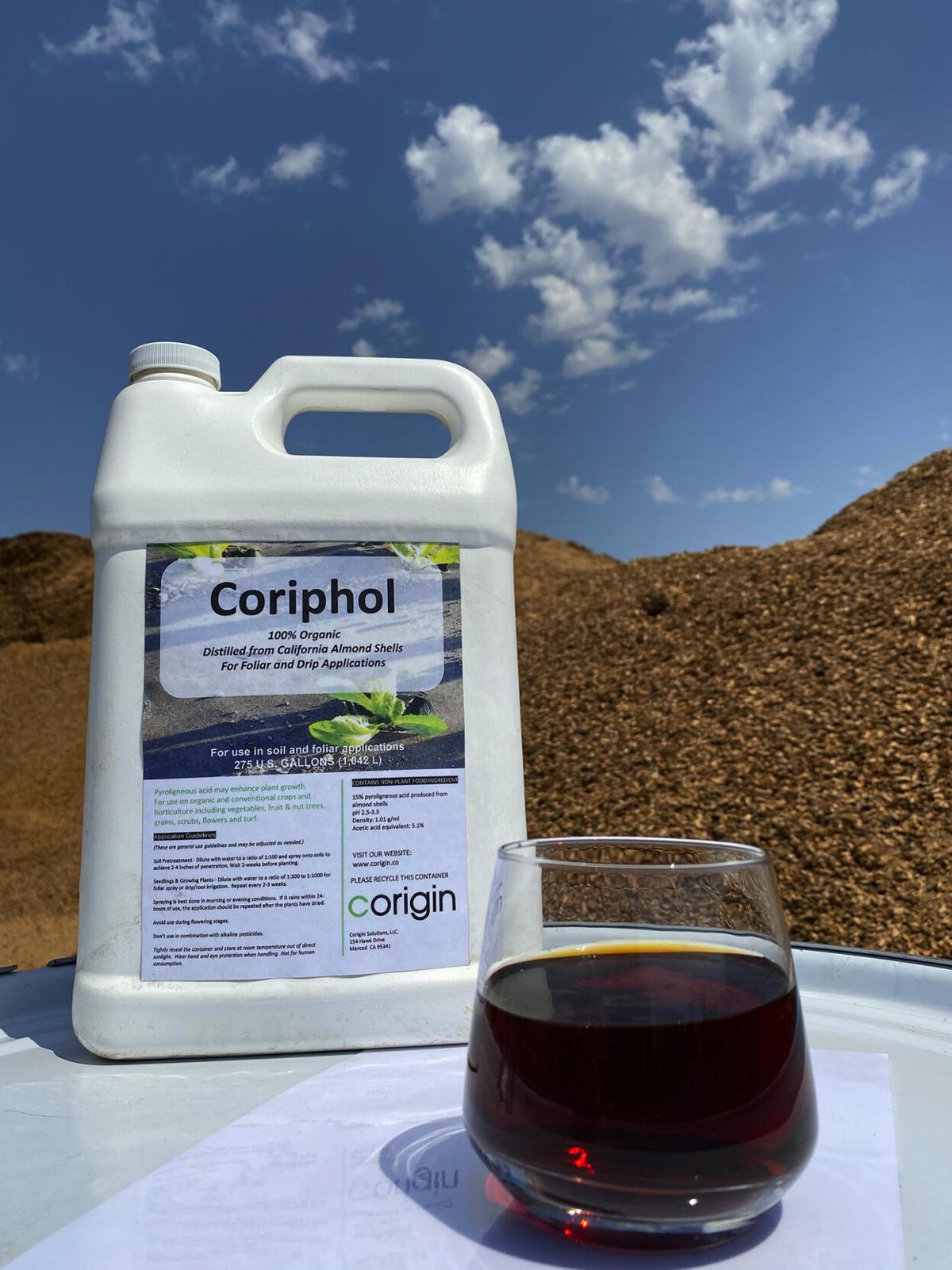 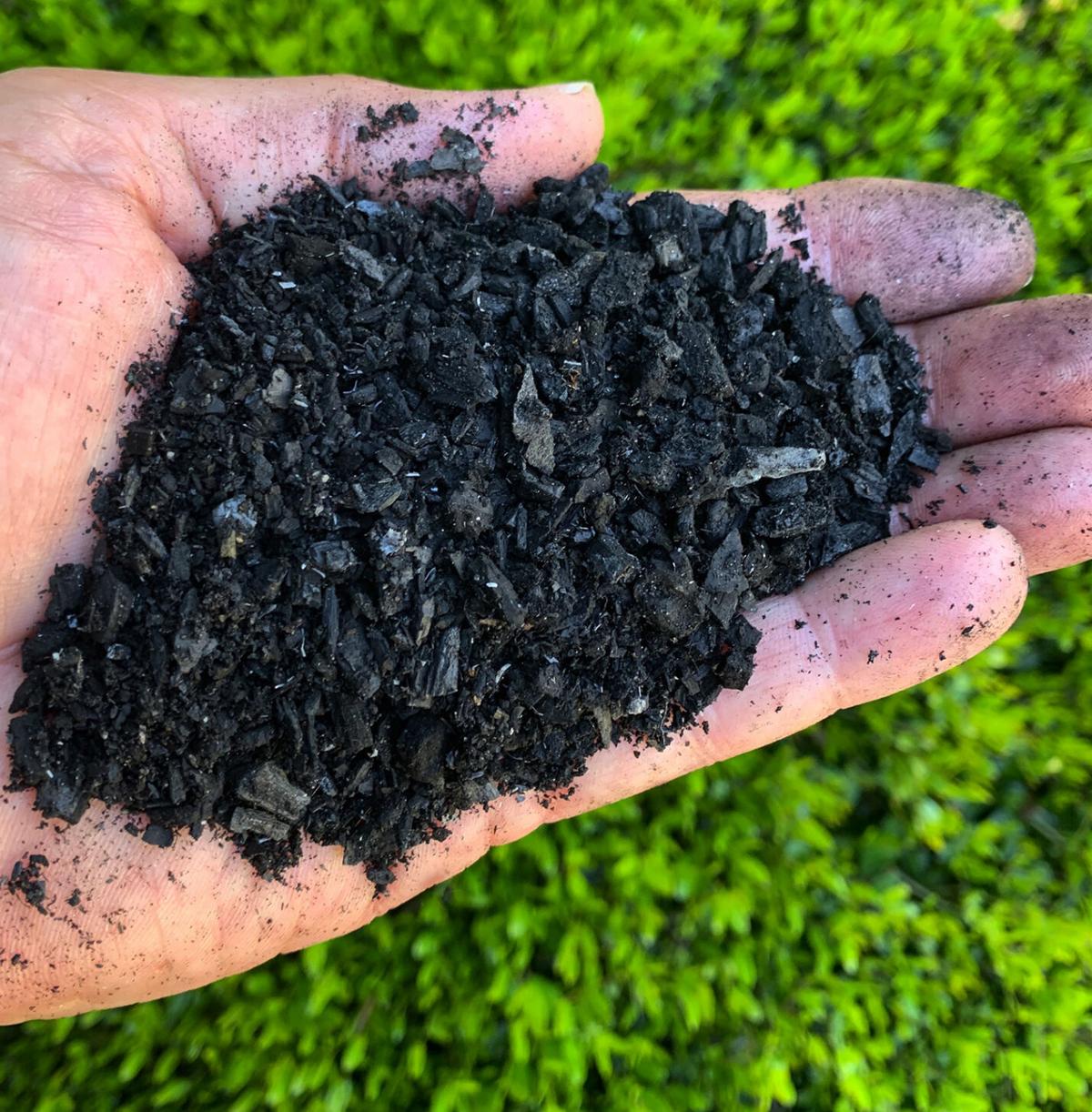 Biochar is one byproduct of the work Merced-based startup Corigin does with almond shells.

Biochar is one byproduct of the work Merced-based startup Corigin does with almond shells.

The most valuable part of an almond tree is still the nut. But the rest is slowly catching up.

Byproducts that used to be burned in the open air — shells, hulls and the wood itself — are becoming a bigger focus for an industry trying to improve its environmental footprint while also opening new markets for its diverse bounty of marketable products.

Most immediately, U.S. and Chinese trade negotiators recently reached a breakthrough that will soon allow domestic almond processors to begin selling pelletized or cubed hulls as animal feed to China.

To top it off, hopes are rising within the industry that growers may soon harvest climate subsidies, thanks to the carbon-sequestration benefits of whole orchard recycling and perhaps burial of almond biochar.

"Choices are good for farmers," said Arvin-area farmer Kent Stenderup, chairman of the Almond Board of California. He said it was very exciting there seems to be an emerging market for the different byproducts.

It's not that suddenly almond byproducts are being used; for years dairy cows have eaten hulls, and shells often serve as livestock bedding. But new and potentially more valuable uses are turning up.

Keep in mind kernels make up only 30 percent of the biomass that comes off an almond tree. Fifty percent is hull, a product of greater value now that feed prices are up, and 20 percent is shell, one of the Central Valley's cheapest ag commodities.

That doesn't include the wood, which amounts to 30 to 50 tons of woody material per acre about every 25 years.

Growers used to be able to call out a wood hauler that would recover its costs by selling it as feedstock to a local power plant. Many of those plants have closed around the Central Valley, however, and lately farmers are taking a second look at a practice many had been skeptical about.

Studies sponsored by the almond board have found growers can increase their yields 19 percent by chipping up their old trees, spreading them around their orchards and using machines to incorporate the material back into the soil. It's called whole orchard recycling.

Not only does it reintroduce needed minerals and help orchards retain water, but it stores carbon underground. Many in the industry hope one day carbon credits will be traded on the open market, providing a new revenue stream for almond growers.

Good news for hull marketers arrived June 10 with an announcement that the U.S. Department of Agriculture's Animal and Plant Health Inspection Service had agreed to a protocol enabling U.S. exports of processing hulls to China, a major importer of animal feed.

"It will also help the almond industry in its effort to achieve the Almond Orchard 2025 Goal on zero waste, as finding higher value solutions for hulls is in line with our effort to put everything grown to optimal use," Vice President Julie Adams said in a news release.

Biochar is another part of the equation for monetizing almond byproducts, said Guangwei Huang, associate director of food research and technology at the almond board.

The material is made by burning almond byproducts, usually wood, without oxygen. It can be used for burying carbon, increasing soil's water retention capacity and, if processed, Huang said, filtering water.

He said that if heated to a certain temperature, almond shells become a material that improves the stability of recycled plastics. Ford Motor Co. is looking at adding treated almond shells to the plastic in car interiors, Huang said.

"This is an area (in which) we are doing lots of research," he said.

That's certainly a big part of the idea behind Corigin, an early-stage biochemical startup based in Merced with about a dozen employees seed funding under its belt.

The company buys almond shells cheap and uses intellectual property it purchased a few years ago to turn them into distinct products: biochar, a liquid Corigin markets as a plant-growth enhancer and pest repellent, heavy oil with several potential uses and a gas Corigin uses to sustain its biorefining process.

Corigin commissioned its first plant in March, and it expects to process 1,000 tons of shells this year, and four to five times that much next year. He said the company has the technology to scale up the process worldwide, using not just almond shells but also forestry waste, rice shells, palm oil and coconut waste.

But for now Corigin's focus remains on almond shells.

"We like almond shells," founder Mike Woelk said, "because there's a awful lot of them and they're really cheap."

Editor's note: This story has been corrected to say Corigin expects to process 1,000 tons of almond shells this year.