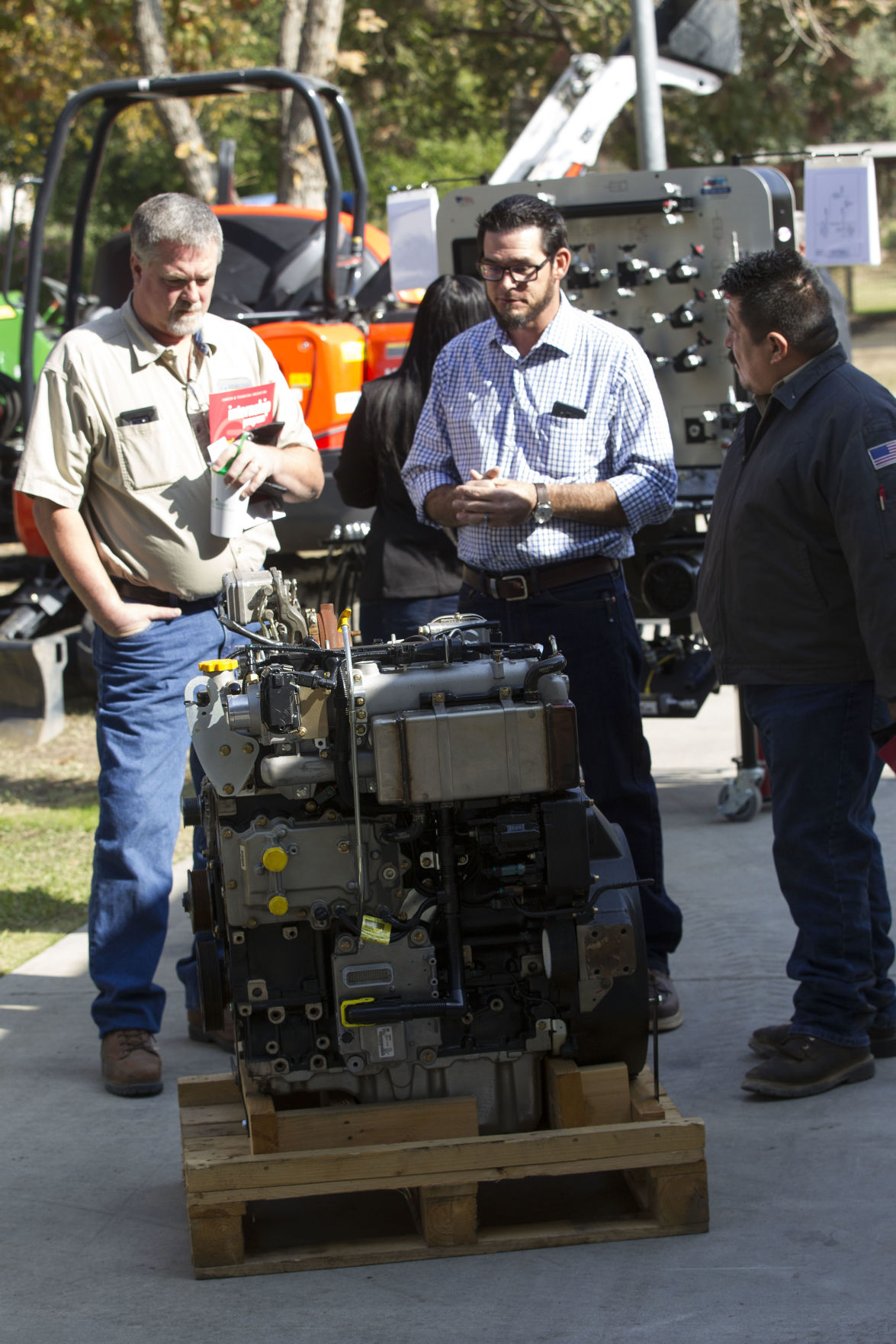 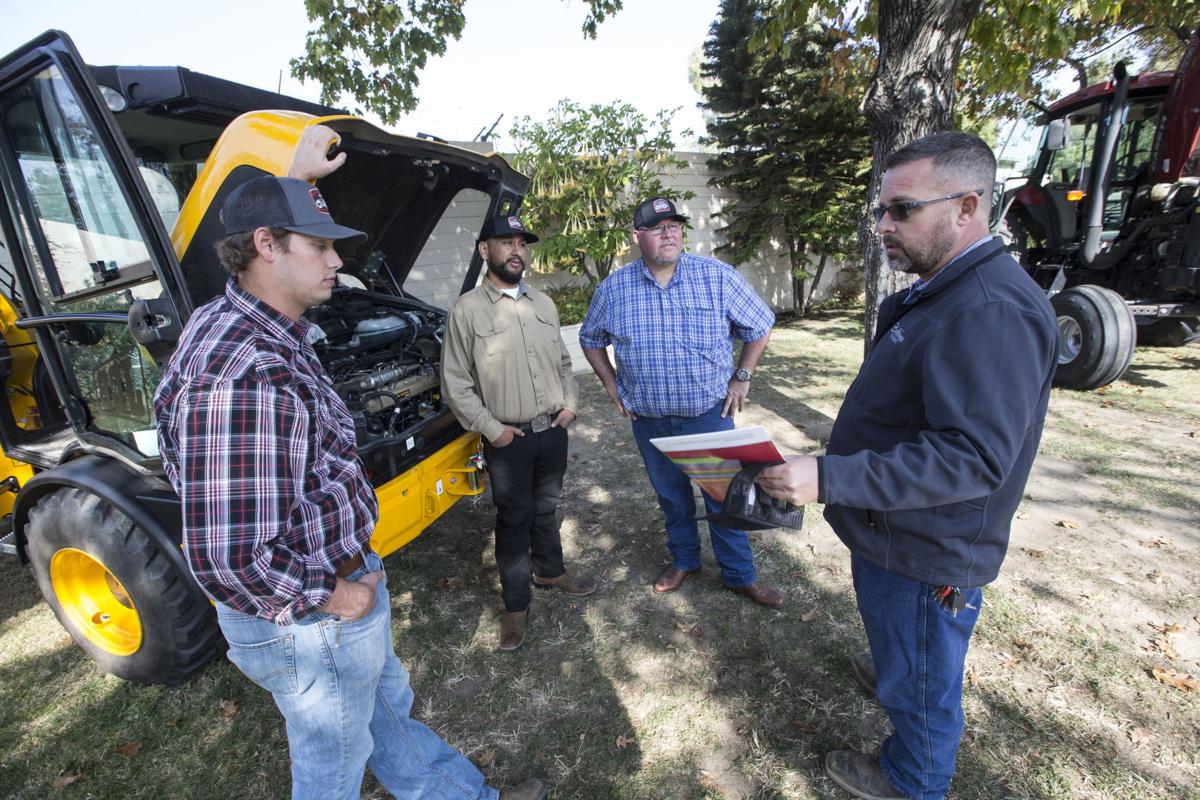 Bakersfield College students Bailey Dunn, Raul Herrera and Rick Alexander listen to James Holloway talk about the kind of employees he looks for in his capacity as Heavy Equipment Lead at Bolthouse Farms. Bakersfield College held a grand opening for its newly developed Mechanized Agriculture program. 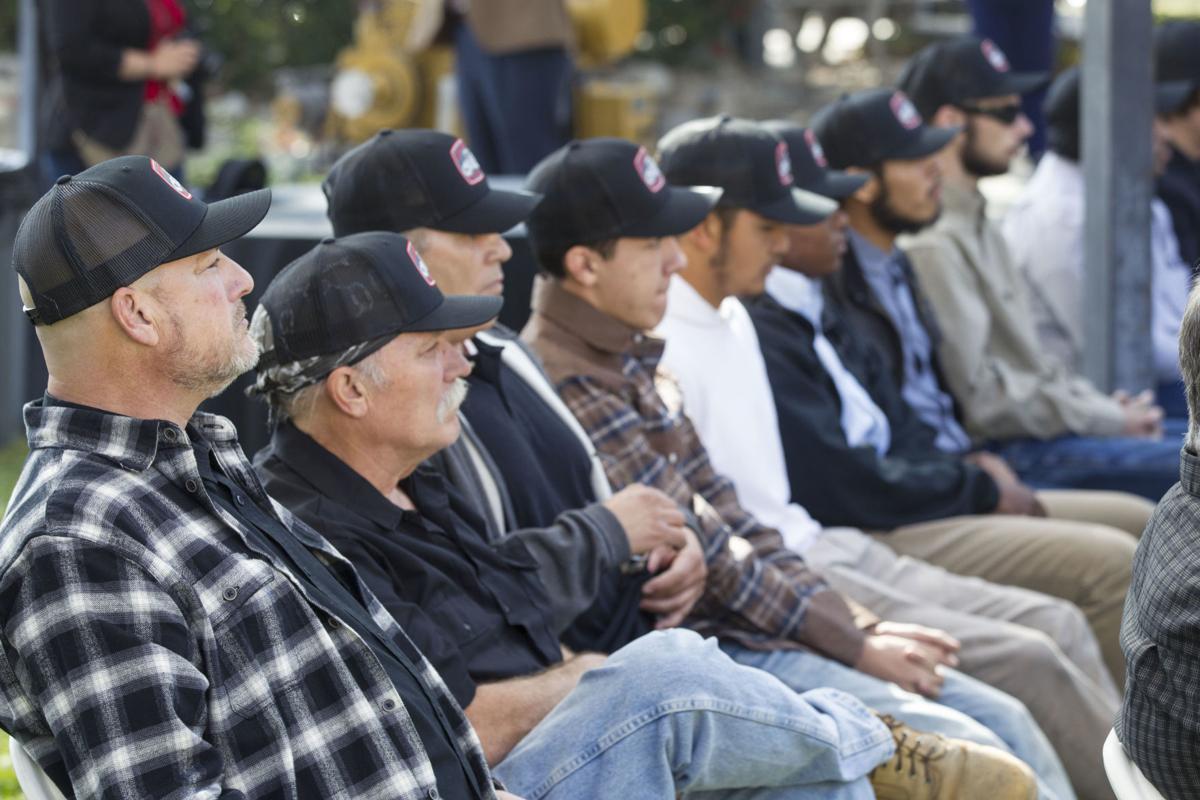 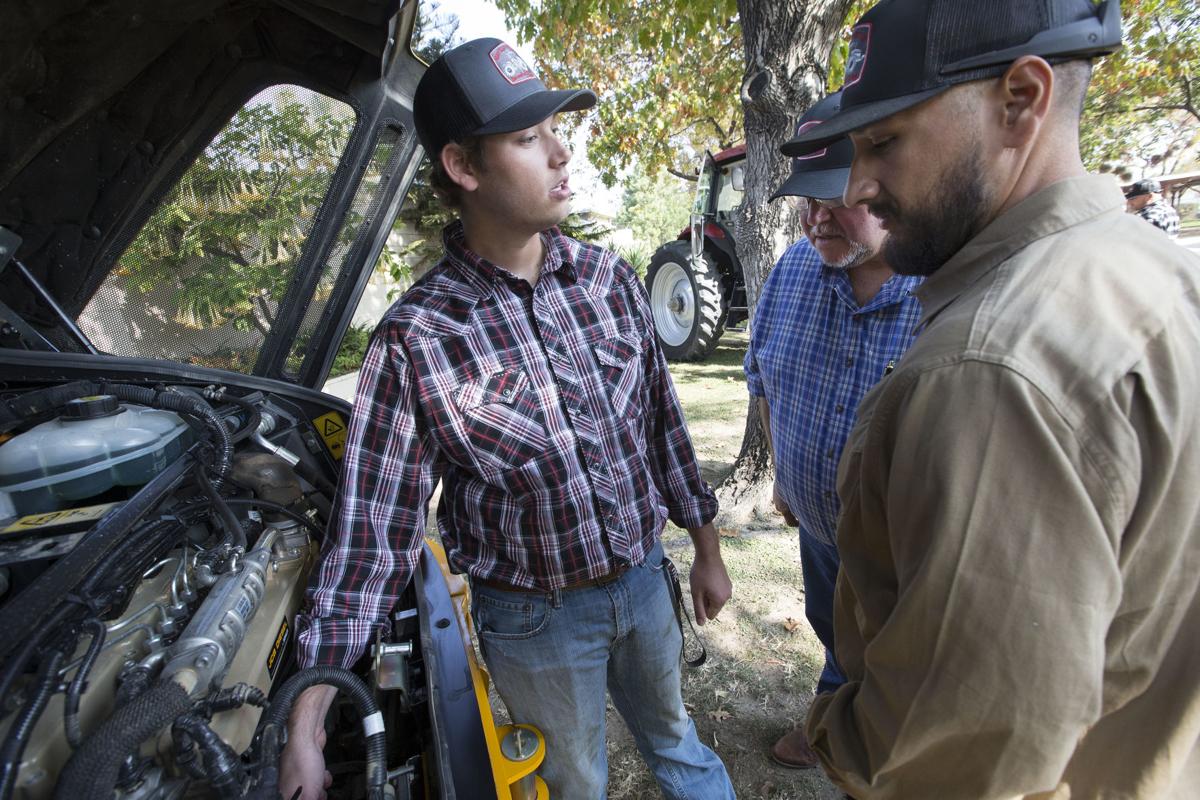 Bakersfield College students Bailey Dunn, Raul Herrera and Rick Alexander listen to James Holloway talk about the kind of employees he looks for in his capacity as Heavy Equipment Lead at Bolthouse Farms. Bakersfield College held a grand opening for its newly developed Mechanized Agriculture program.

Bakersfield College's new mechanized agriculture program hosted an informational event Wednesday aimed at building industry involvement — and judging from comments made afterward, it may have succeeded.

The two-semester certificate program, now in its first year, had hoped to persuade local employers to offer unpaid internships to its 20 students now learning to maintain, repair and safely operate tractors and other commonly used heavy farming equipment.

"They (students) can help with the jobs that take an extra set of hands," professor Matt Riley told a small crowd of industry professionals gathered for lunch and a look at this year's crop of future workers.

Although there was no sign-up sheet for local employers interested in bringing on student workers, several industry people in the audience Wednesday said they consider the new program worthwhile, valuable and probably worth a shot.

Josh Patterson, a local manager at Cal-Edison Farm Exchange, said after the college's presentation that he was interested in speaking with Riley about arranging an internship this summer.

"Getting good craftsmanship is harder and harder," he said.

"What can go wrong, besides he gets killed?" he said, employing a mix of gallows humor common in the business and an acknowledgement that heavy farming equipment is never to be taken lightly.

After months of safety and technical training, BC's "mech ag" students are required to take part in a six- to eight-week internship program introducing them to the daily rhythms of machine service work. The college made clear it accepts all employee liabilities, thereby protecting employers from insurance claims.

The program originated about two years ago with the award of a roughly $500,000 state grant. That money paid for equipment, supplies and development of a curriculum covering engine mechanics, safety precautions, diesel power, hydraulics and welding, among other topics.

Industry data showed there were recently 60 unfilled mechanic positions in Kern County agriculture. People in the business say they often have to recruit workers from outside the area, partly because there had been no local college programs teaching students how to service heavy farming equipment.

BC student Rick Alexander, a 52-year-old former lineman in local oil fields, left the event encouraged by his prospects. He was recently homeless, having been laid off a few years ago after what had been a lucrative, if dangerous, career in oil.

After a friend recommended he consider returning to school, Alexander came across the mech ag program and was immediately hooked. Now he's hoping to end up in a career that he expects will eventually pay upward of $100,000 per year.

Riley said he makes a point of diversifying the program's inventory of tractors so students can learn different brand's intricacies. He tries to steer clear of using only new equipment so his students can get experience fixing engines in need of work.

He spent much of the lunch event pitching industry professionals on getting involved with the program.