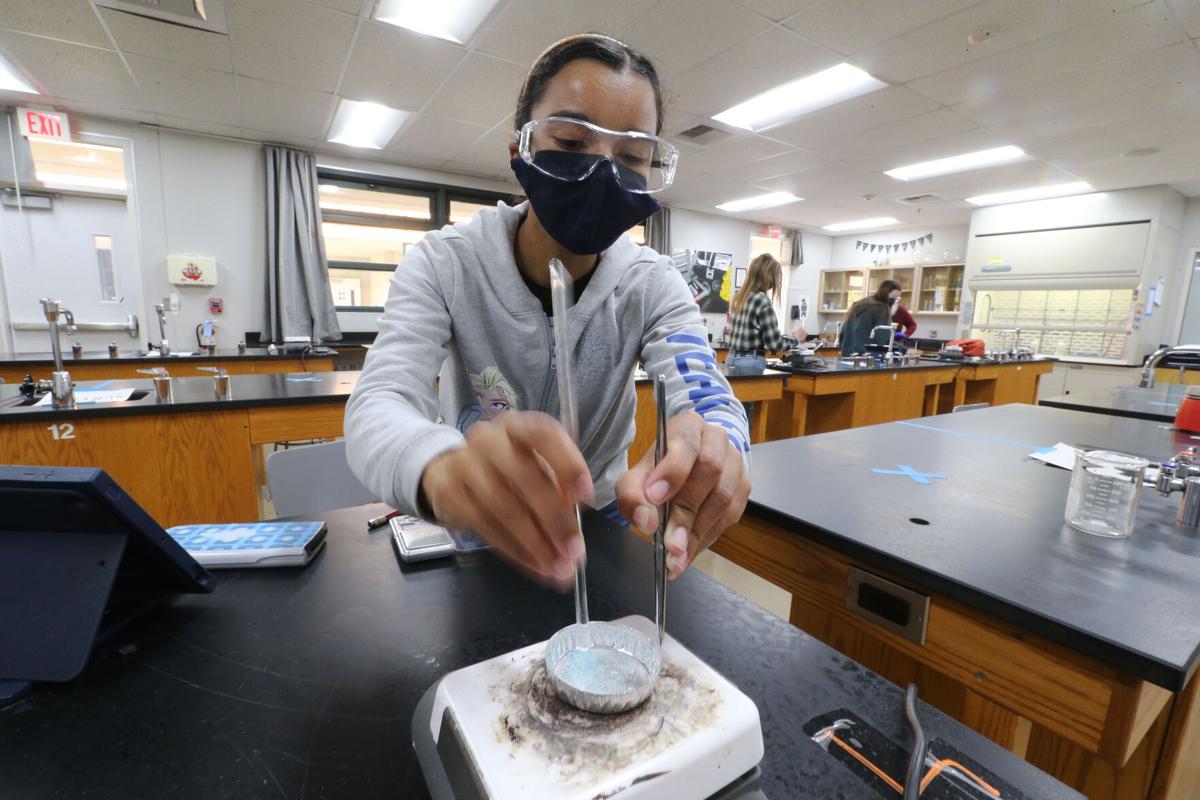 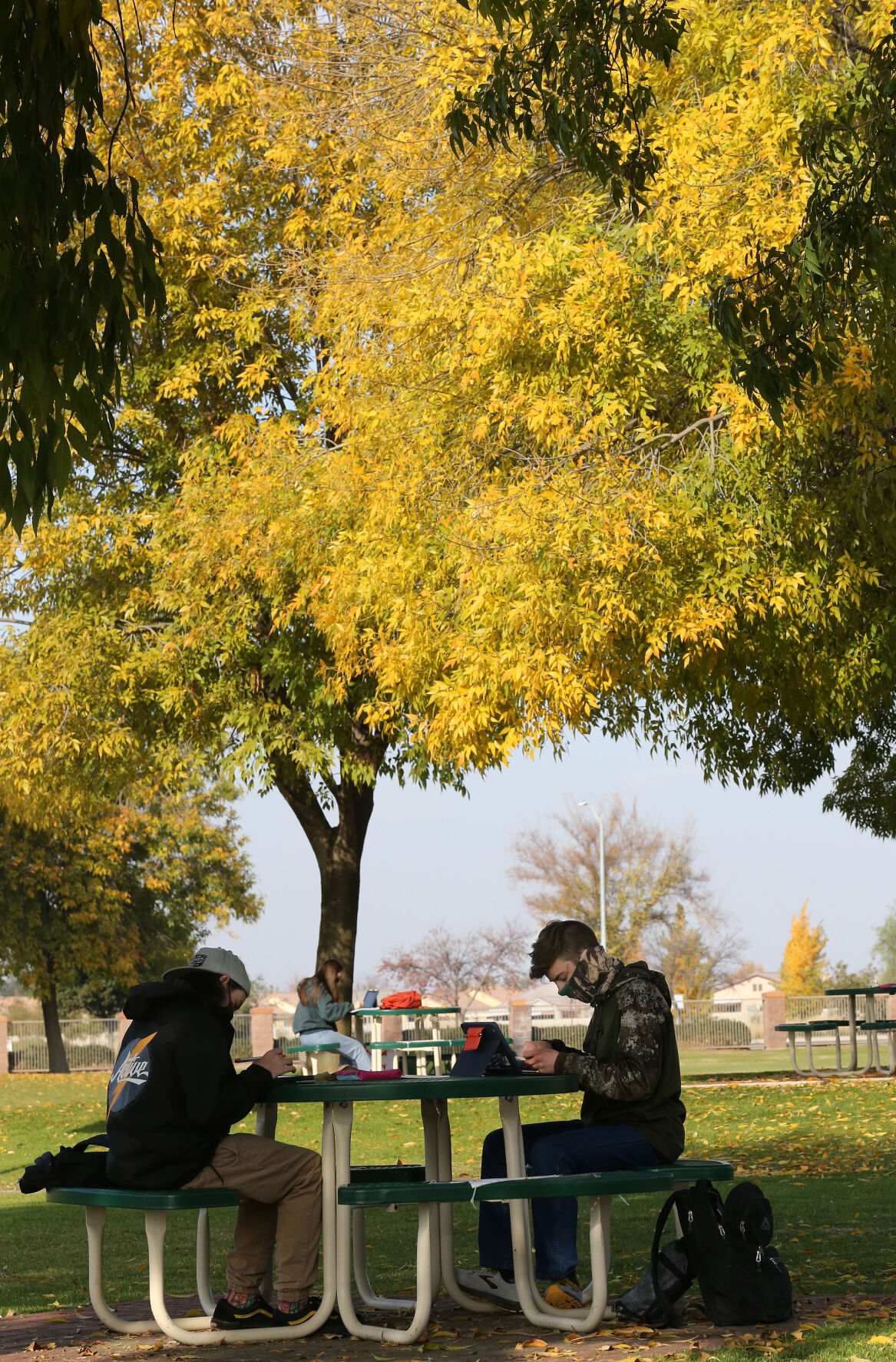 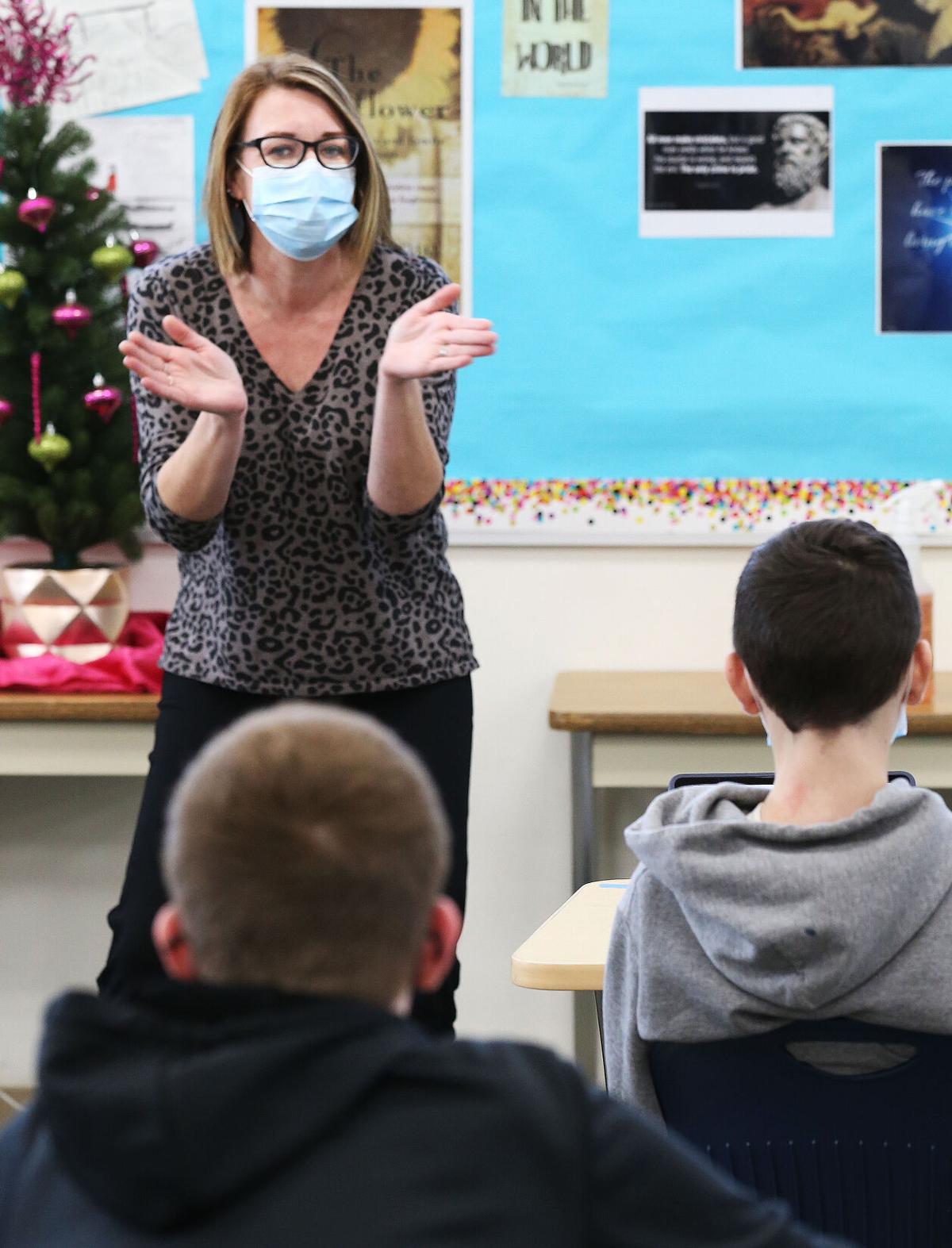 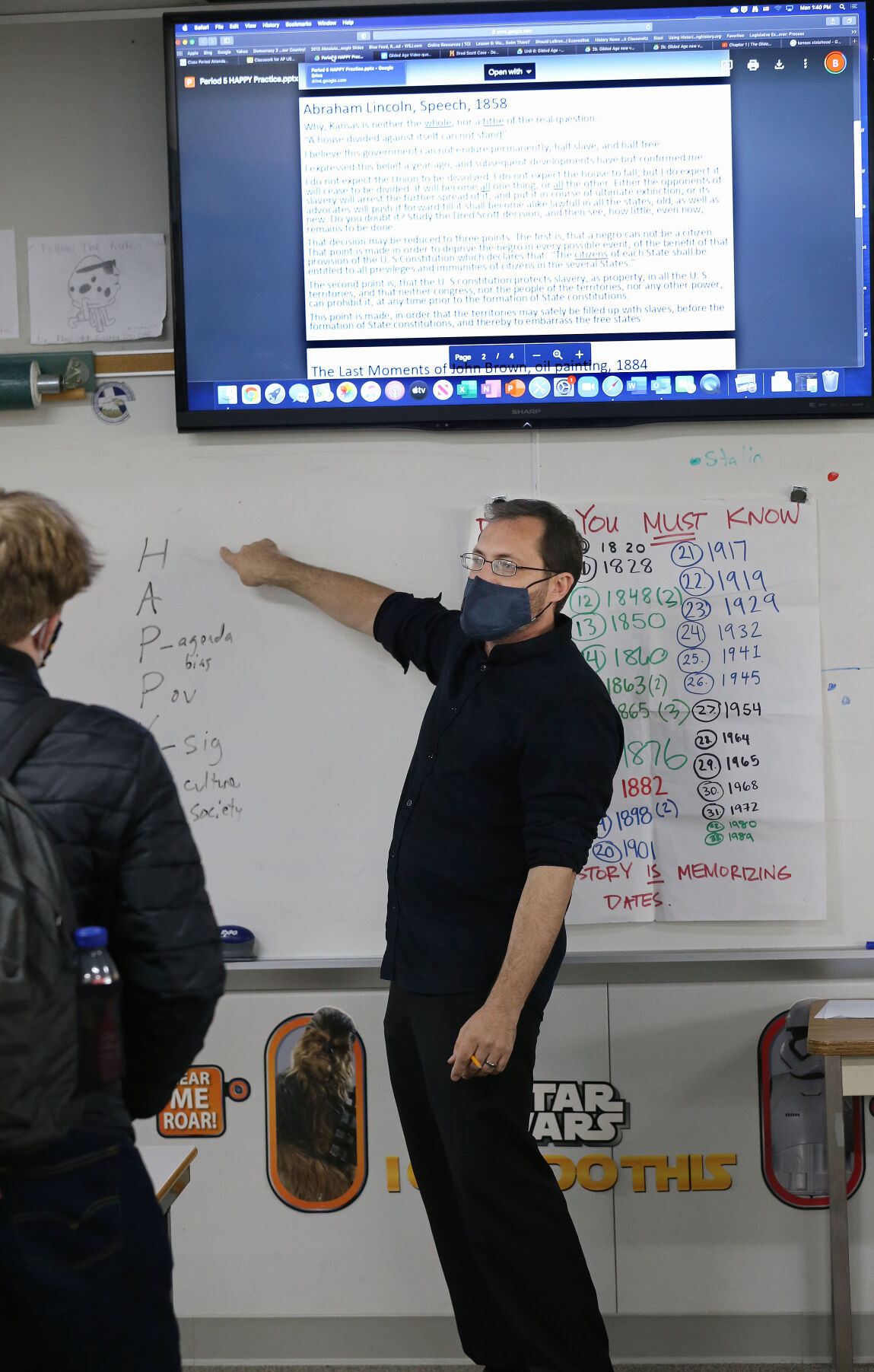 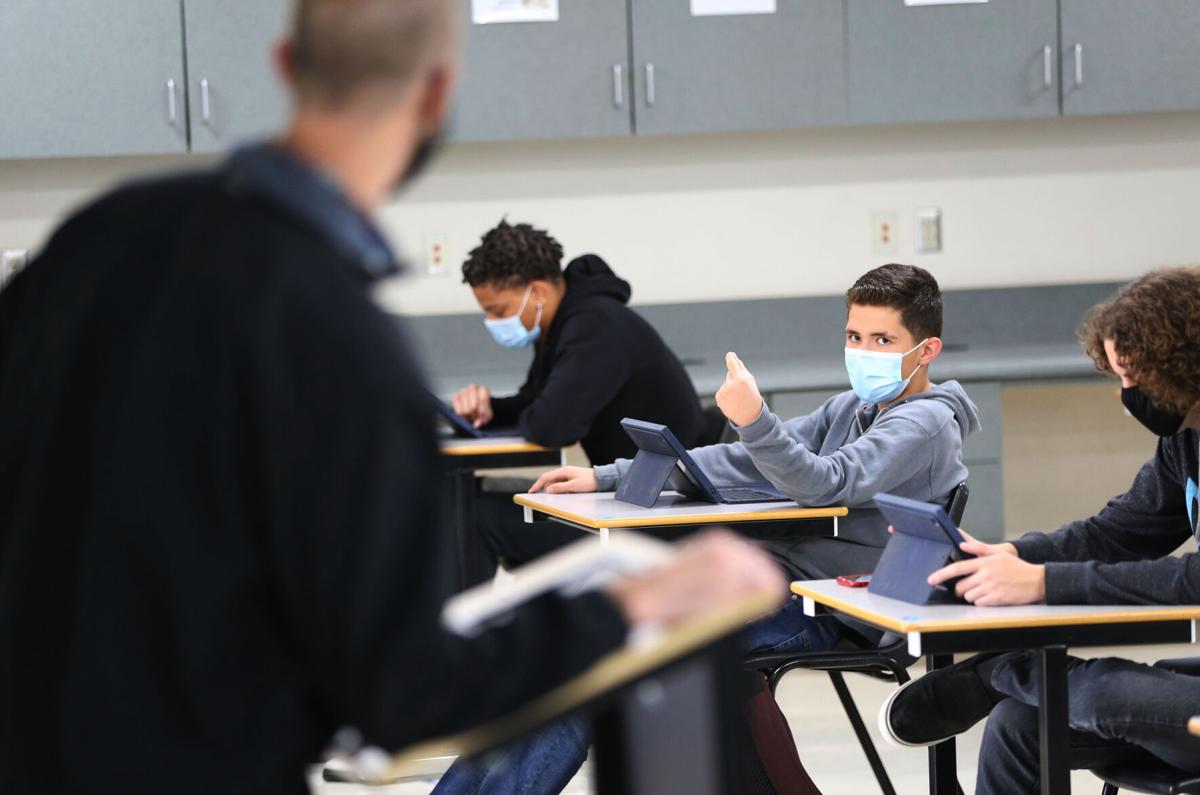 After putting campus life on "pause," Bakersfield Christian High School has opened once again. But a lot has changed since the private high school opened its doors in October for in-person learning for the first time since the pandemic began.

At that time, Kern County was in the red tier, coronavirus case numbers were declining and nearly every local school was trying to bring back some students. But Bakersfield Christian High School's plan was the most ambitious: BCHS brought back nearly all 550 of its students to campus on one day, Oct. 28.

Then on Nov. 16, school president John Buetow made the call to temporarily put a "pause" on the reopening plan, when seven students in the BCHS community tested positive for COVID-19. That was well short of the state-mandated threshold of 5%, which triggers a closure.

"We weren’t close to that, but I wasn’t really comfortable with the direction things were going," Buetow said. "We were starting to get a steady stream of positives each day."

That mirrored what was happening in Kern County. So far 13 districts including Kern High, Bakersfield City and Greenfield Union have closed their campuses to students. But now, even as county case rates show no signs of abating, Bakersfield Christian High School will become the first school to reopen after pausing.

Last week, campus opened up again — 13 days after closing. Buetow said he feels good about the return, because of the findings of staff members who conduct contract tracing. No cases have been traced to spread on campus. This team is composed of one administrator and two staffers. They found a trend.

"Far and away the most significant number were from senior class, which makes sense, because they have cars," Buetow said.

This reflects broader trends in the county. Kern County Public Health Services Director Matt Constantine says that to date no case has been traced to a school site.

"We have not identified a school location as a likely source," Constantine said.

Data may not always paint a complete picture but Constantine said typically when the county is looking into campus cases, they find that the case likely came from a family member. He says the vast majority of cases are being spread through families and small gatherings right now.

Buetow said a common culprit for his students were weekend hangouts. On campus, students are great about following the rules, he said. Masks haven't been a problem, and the 6-feet rule isn't a problem inside classrooms. He said some of the students will get a little closer than 6 feet during breaks — and that's something flagged for the staff performing contact tracing.

Bakersfield Christian High School looks a lot like it did in October. Students attend school every day, follow a traditional bell schedule and change classes. Unusual locations like the gymnasium, cafeteria and green space, when the weather allows, have been converted into spacious classrooms.

"We’re really excited about how things are going," said Buetow.

But a few parts are different. Chapel, which was once held outdoors on the baseball field, is now a virtual experience beamed into classrooms. Buetow said that was a decision made partially because it's getting chilly but also because it's not easy to figure out who might have bumped into who while filing back from a chapel service.

But the biggest difference is there aren't quite as many students on campus. The families of 65 students decided that they wanted to stay in distance learning, at least until break, Buetow said. And more students and teachers are out because they have had a possible exposure to someone with COVID-19. He said today about 100 students are out from campus in distance learning. Two students were confirmed COVID-19 cases.

When teachers are asked to quarantine at home, it looks like a reverse of the typical distance learning situation. Students are in a classroom with an adult to monitors them, while their regular teacher lectures to them on a screen from home.

Bakersfield Christian High School came up with its original plan to reopen and this latest plan is in partnership with Kern County Public Health Services. Constantine said the school closed well ahead of state guidelines.

Constantine said he admired Buetow's "recognition that there may be a need to pause and reassess to make sure the children are safe."

"I am grateful this is not a plan that was just written and put on the shelf," Constantine said. "This is exactly how the plan should work."

School districts that have returned to distance learning because of COVID-19:

Bakersfield Christian High School, which opened its doors to all its students less than three weeks ago, announced it is pausing in-person sch…