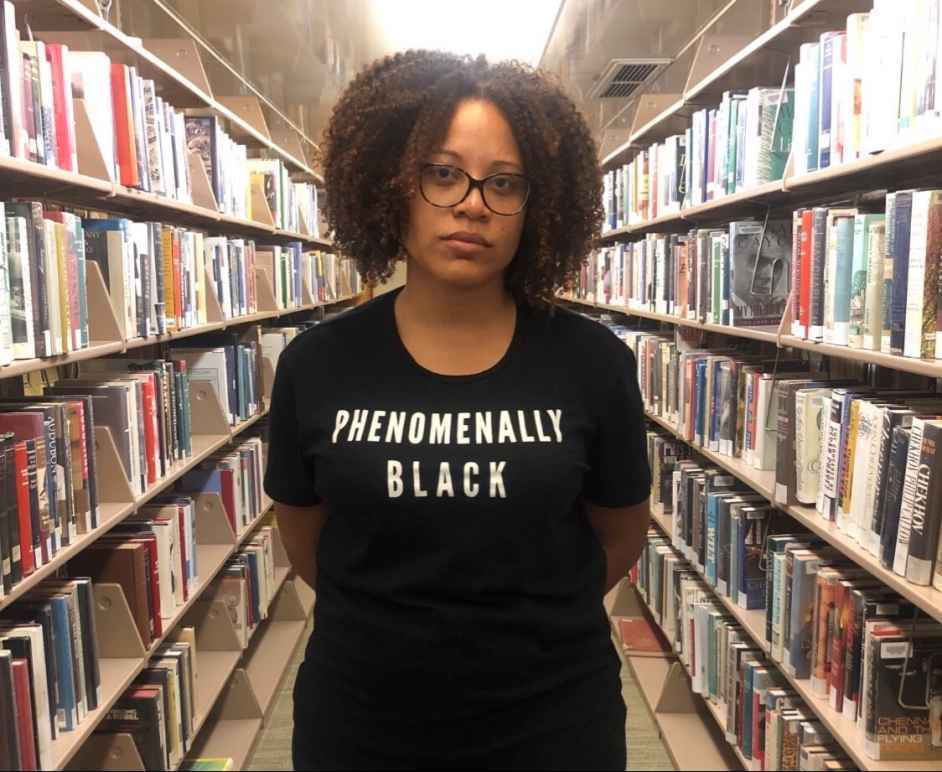 In a letter from the American Civil Liberties Union Foundations of Southern and Northern California to the Greenfield Union School District, seventh grade English teacher Kei Jackson was allegedly prevented from wearing a shirt that read “Phenomenally Black" on April 3, 2019.

In a letter from the American Civil Liberties Union Foundations of Southern and Northern California to the Greenfield Union School District, seventh grade English teacher Kei Jackson was allegedly prevented from wearing a shirt that read “Phenomenally Black" on April 3, 2019.

The American Civil Liberties Union Foundations of Southern and Northern California sent a letter to the Greenfield Union School District Wednesday, expressing concerns and alleging “the district has created a hostile environment for Black students and staff in its schools by subjecting them to differential treatment and degrading, off-handed comments.”

The letter details the treatment of seventh grade English teacher Kei Jackson, whose contract was not renewed after she filed a formal complaint on May 13, 2019, alleging that the district maintained a racially hostile environment, violated staff and students’ rights to free speech and expression, and failed to ensure that Black staff and students felt welcome and supported in the district.

Jackson, who taught at Ollivier Middle School, was allegedly prevented from wearing a shirt that read “Phenomenally Black" on April 3, 2019. According to the letter, "Principal (Sheila) Johnson reprimanded Ms. Jackson for showing pride in Black culture by wearing a shirt that read 'Phenomenally Black' and subsequently prevented Ms. Jackson from wearing it again at school. Principal Johnson justified her ban on the shirt by speciously comparing it to a shirt that included the 'Make America Great Again' ('MAGA') slogan."

The principal also asked another Black staff member if Jackson was attempting to further a “Black power” agenda, the letter added.

The letter states Jackson previously wore a "Phenomenally Woman" shirt at school "without any interference from Principal Johnson or other staff."

Jackson was also allegedly asked to be the sole voice to defend how all Black students performed at the school, as when one non-Black teacher in a meeting described the students as a group being “standoffish” and acting “too cool” to perform well in class.

“While working at Ollivier Middle School I experienced many forms of mistreatment and microagressions,” Jackson said in a news release. “The hostility and cultural insensitivity toward Black staff and students is deplorable. The 'Phenomenally Black' shirt I wore was a positive message to show pride in my culture and the principal took that as an opportunity to reprimand me and compare it to her wearing a ‘Make America Great Again’ shirt.”

In addition, the letter alleges that students at the school were told that they were required to stand for the Pledge of Allegiance, which is in violation of their First Amendment rights. The U.S. Supreme Court has long affirmed that public school students have the right to not participate in the pledge, and federal courts have ruled that includes the right to not stand for its recitation, according to the letter.

“In Kern County and across the Central Valley, districts continue to demonstrate how they miss the mark regarding creating a welcoming environment for Black students and teachers,” Conner said. “Greenfield Union is no different. At a time when the country is reckoning with authentically creating space for Black voices, Greenfield Union’s actions prove why dismantling systemic racism in education must be a priority.”

Shortly after filing the complaint, the letter states, the district asked Jackson not to return to the district due to credentialing reasons. "However, before these incidents, the school had not mentioned that Ms. Jackson’s credentialing was inadequate or otherwise at issue," according to the letter.

The ACLU letter asks the district to take administrative steps toward establishing a safe, inclusive and equitable school environment in its schools.

“Although we look to education to help overcome obstacles like systemic racism, the school district seems to lack the ability to service the diverse needs of their staff, teachers and students," said Patrick Jackson, president of NAACP Bakersfield. “Challenging the status quo from inside out on racial biases requires the participation of district officials and school leaders which is necessary to bring about real change.”

The district has until Aug. 5 to respond, according to the letter.

Bakersfield City School District sent a memo to its employees barring them from displaying the phrase "Black Lives Matter" on signs, clothes o…