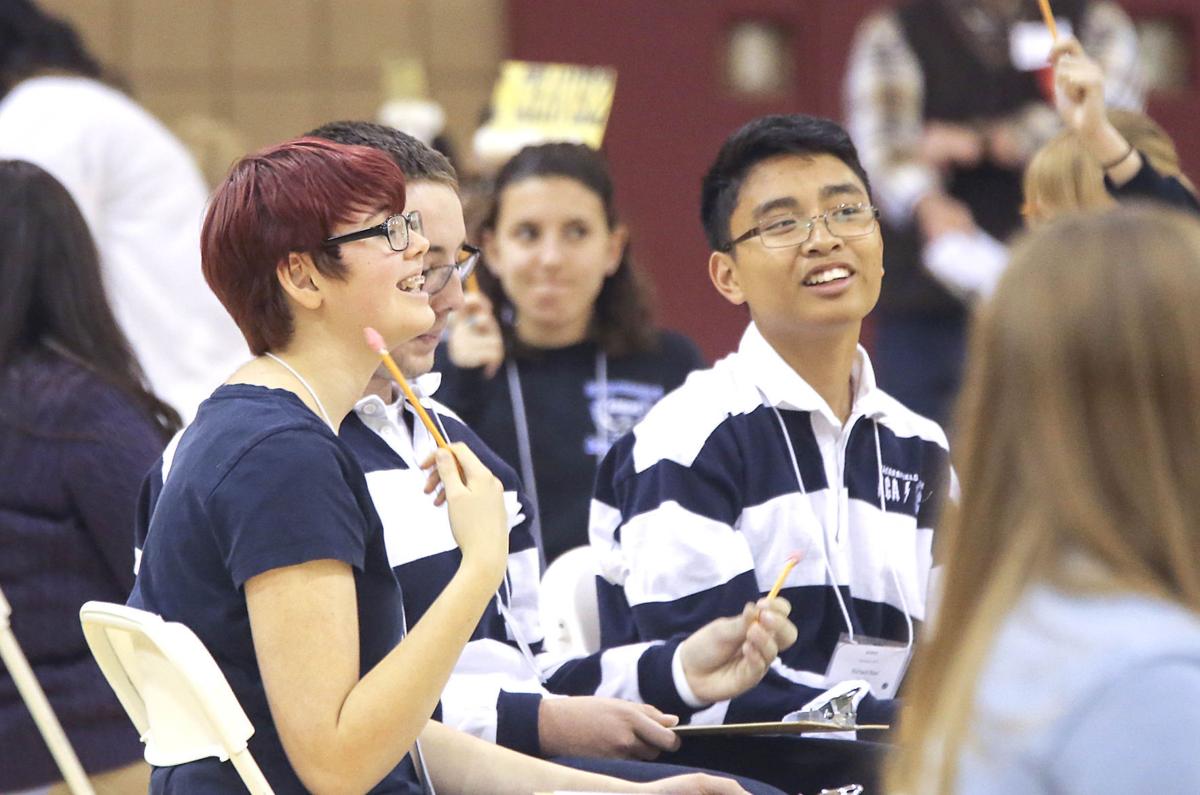 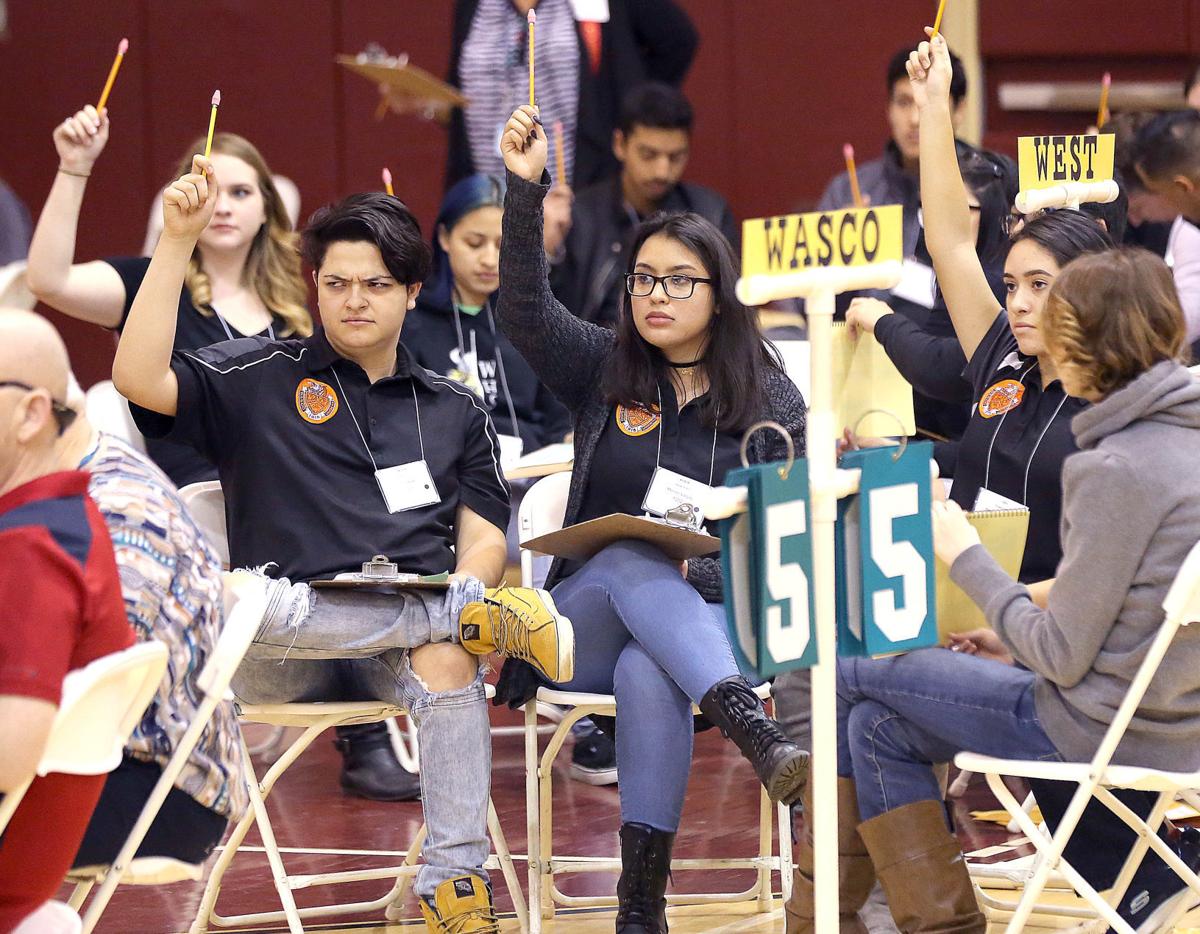 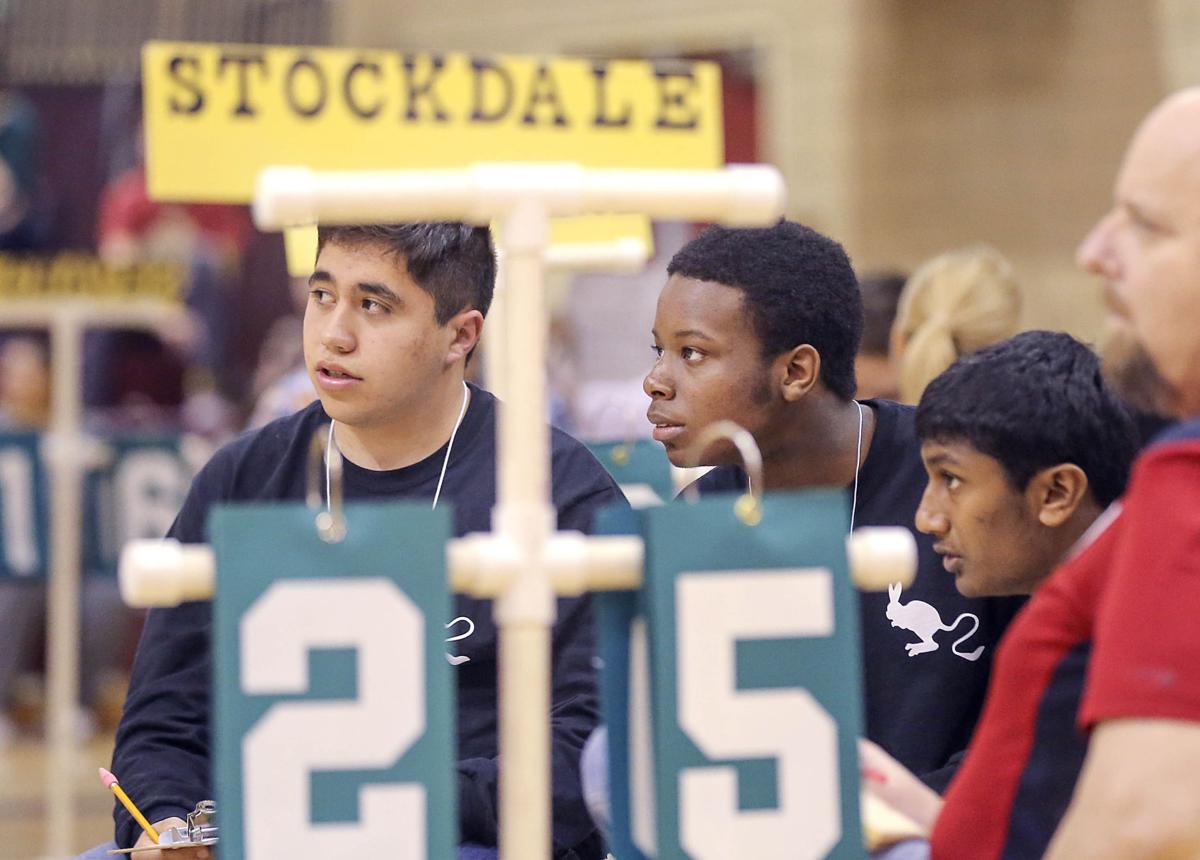 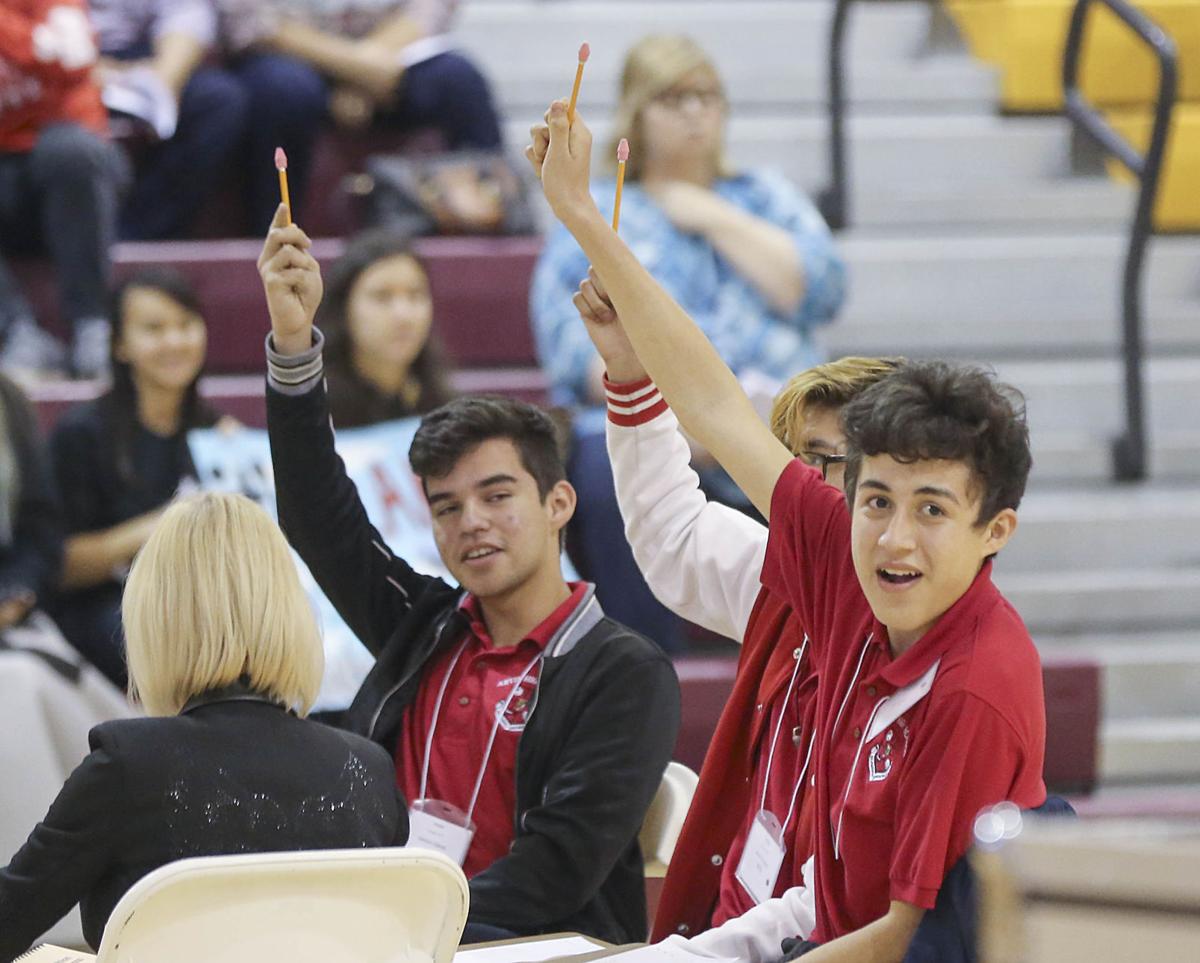 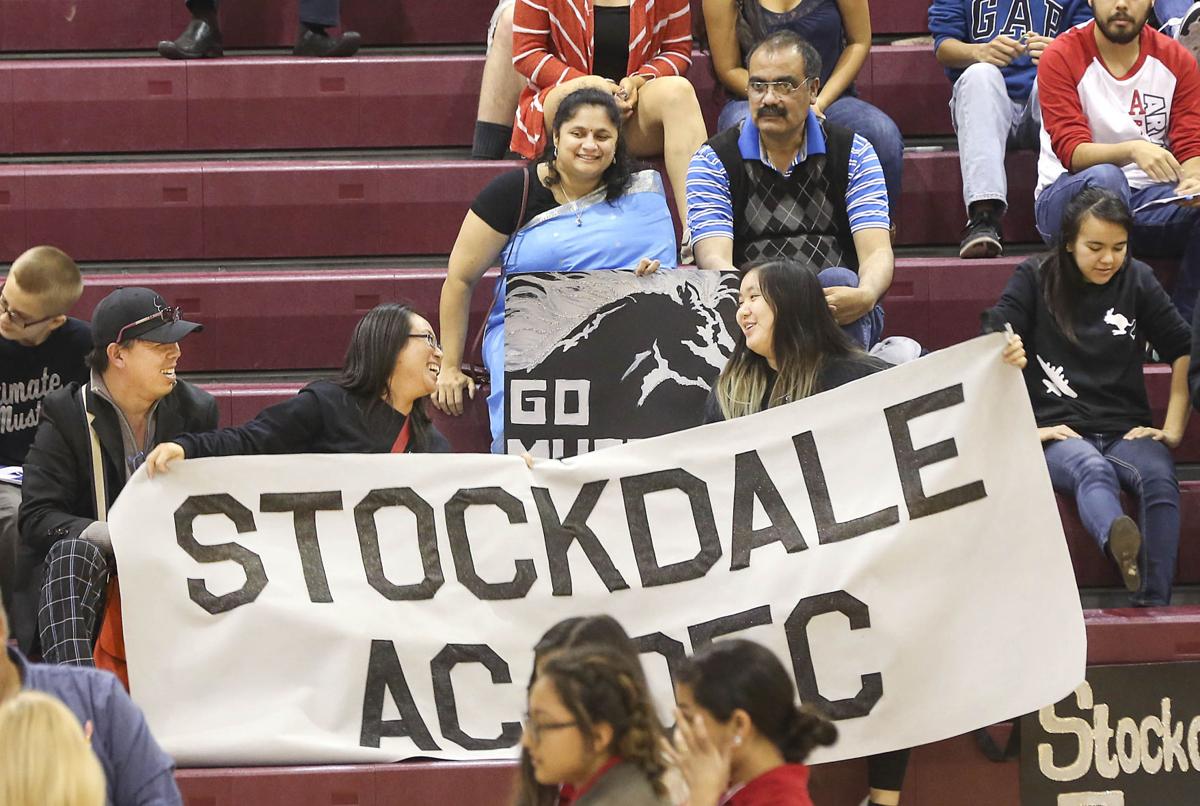 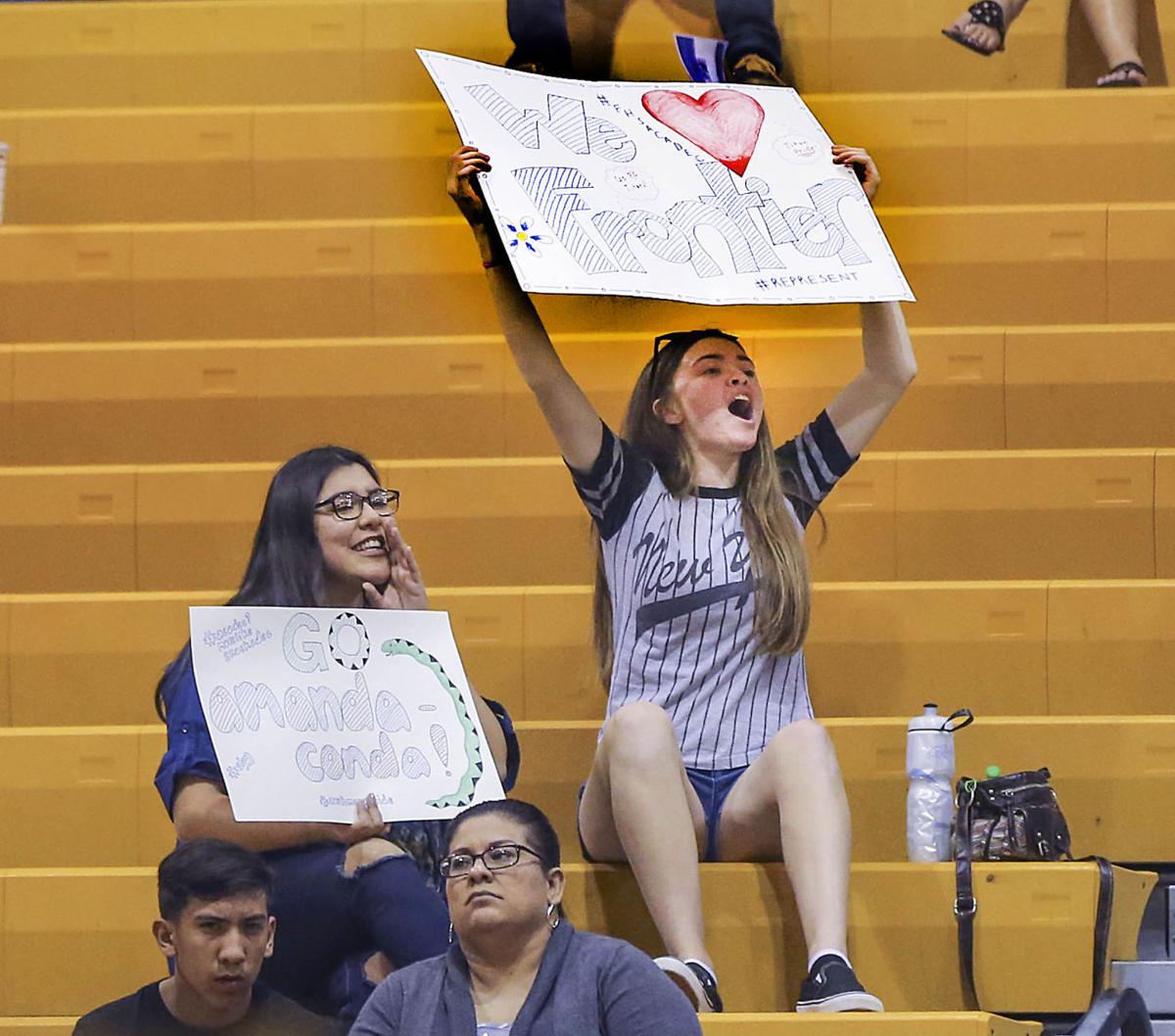 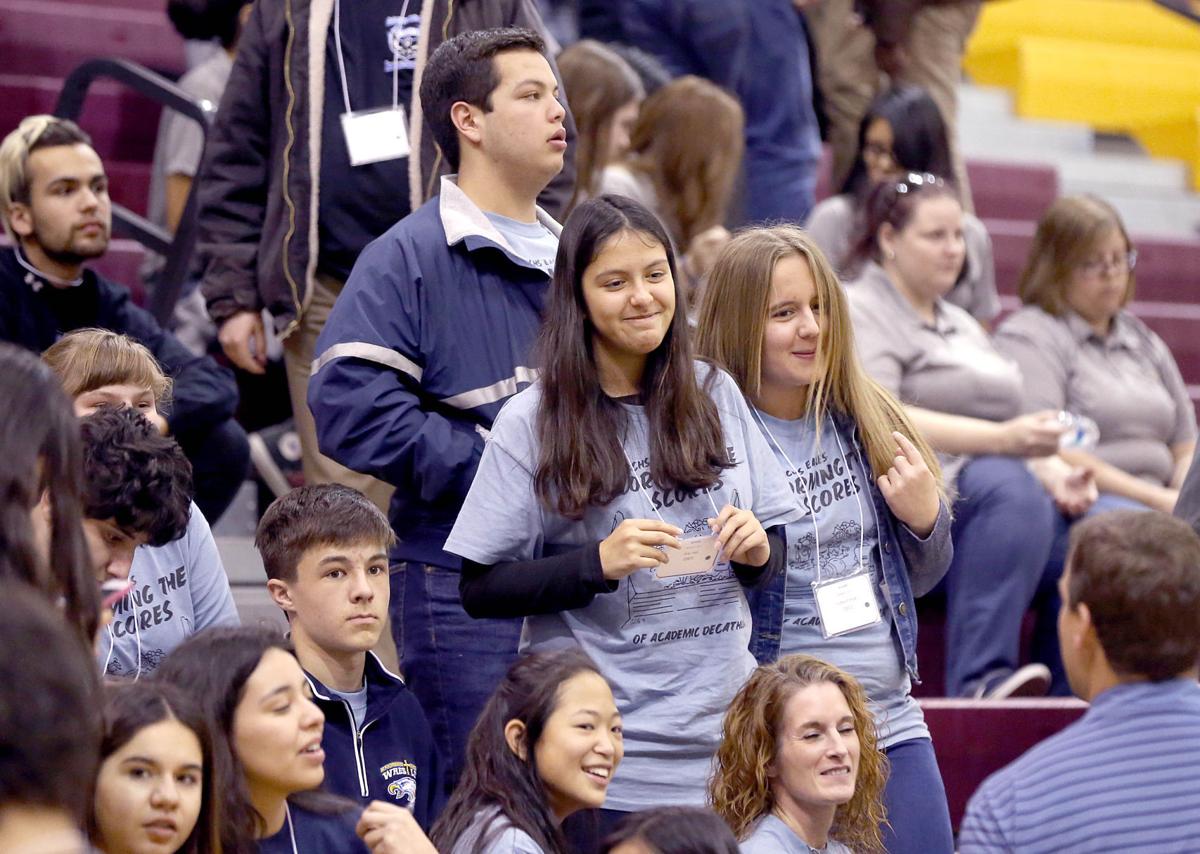 Kern County Academic Decathlon team members take to the stands to support their team during the Super Quiz at Mira Monte High Saturday.

Kern County Academic Decathlon team members take to the stands to support their team during the Super Quiz at Mira Monte High Saturday.

Exothermic nuclear reactions release energy most in the form of … what?

That’s just one of the tough questions students from high schools across Kern County were asked to answer Saturday during the 26th Annual Academic Decathlon, often billed as the “Superbowl” of local scholastic competitions.

The answer, by the way, is kinetic energy.

Brainy students from 19 schools competed all day Saturday, writing essays, completing math problems, and undergoing interviews at separate classrooms around Mira Monte High School. They didn’t see their competitors for the first time, however, until 2 p.m. in the gymnasium.

That’s where a moderator was prepared to administer the Oral Super Quiz, a lightning round of questions testing their knowledge on math, economics, science, music, art, social science and literature, but with one catch: it’s all focused on the time period around World War II.

“What’s neat is students of all abilities can participate equally,” Kern County Superintendent of Schools Coordinator Cathie Morris said. “Kids who may not want to participate in athletics can get some team-building skills and get that camaraderie here.”

Students filed into the gymnasium, some wearing novelty sailor hats and army helmets in recognition of their quiz topic. Then they were grilled, given just 10 seconds to deliberate with teammates and arrive at an answer.

What’s the significance of the Munich Conference? What did the U.S. military call the project to develop the atom bomb? Auden’s use of Thucydides is best described as which literary device?

“That’s my grandson,” Helen Feliciano said from the stands, pointing at Aaron Salinas, a Stockdale High senior who competed for the first time this year.

“He’s going to be an engineer,” she said proudly, smiling with glee.

And if his performance Saturday is any indication, that will be the case. The team, which were defending champions, triumphed over the competition once again.