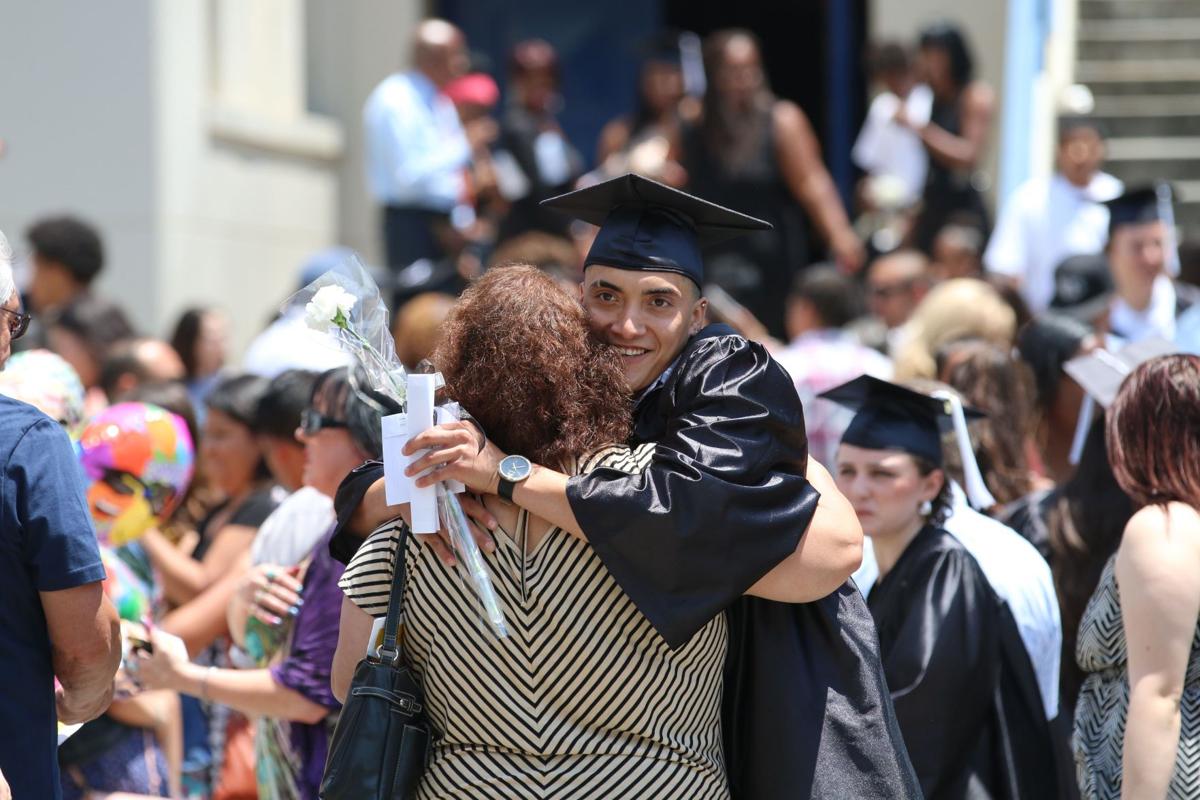 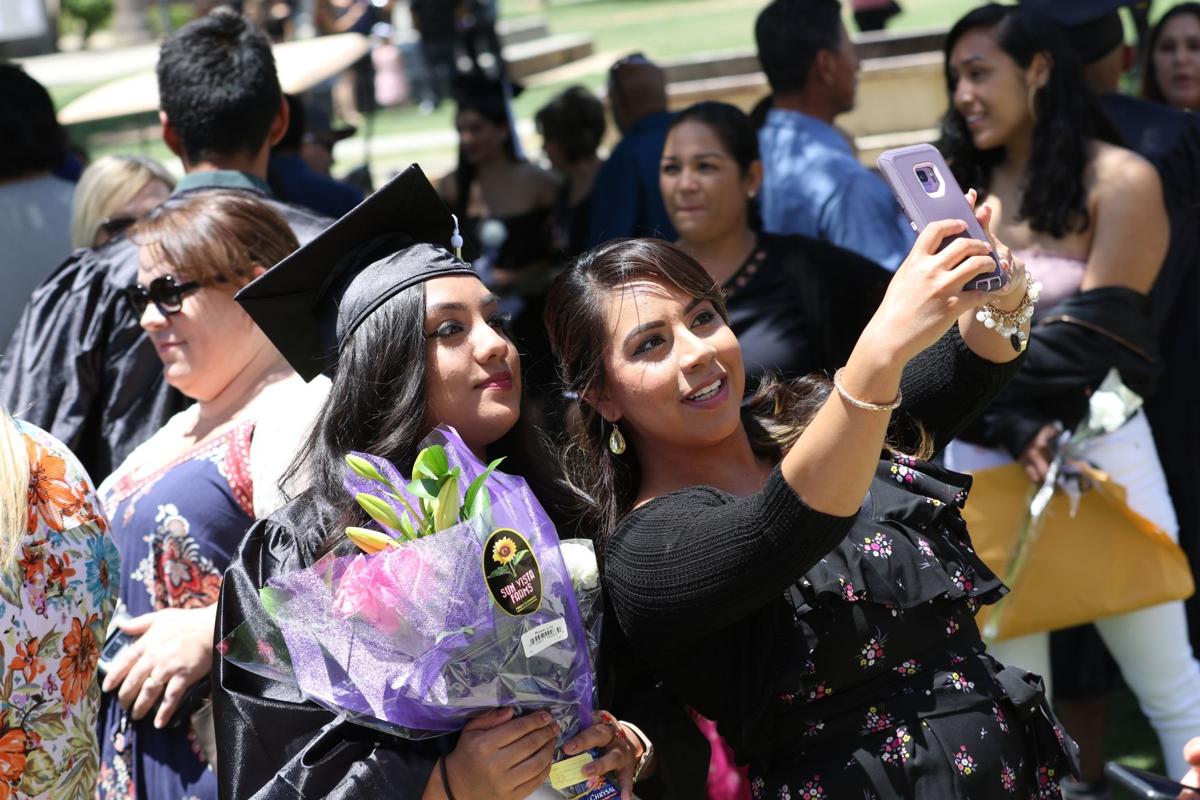 In this file photo, an Alternative Education graduate takes a photo during her graduation ceremony. 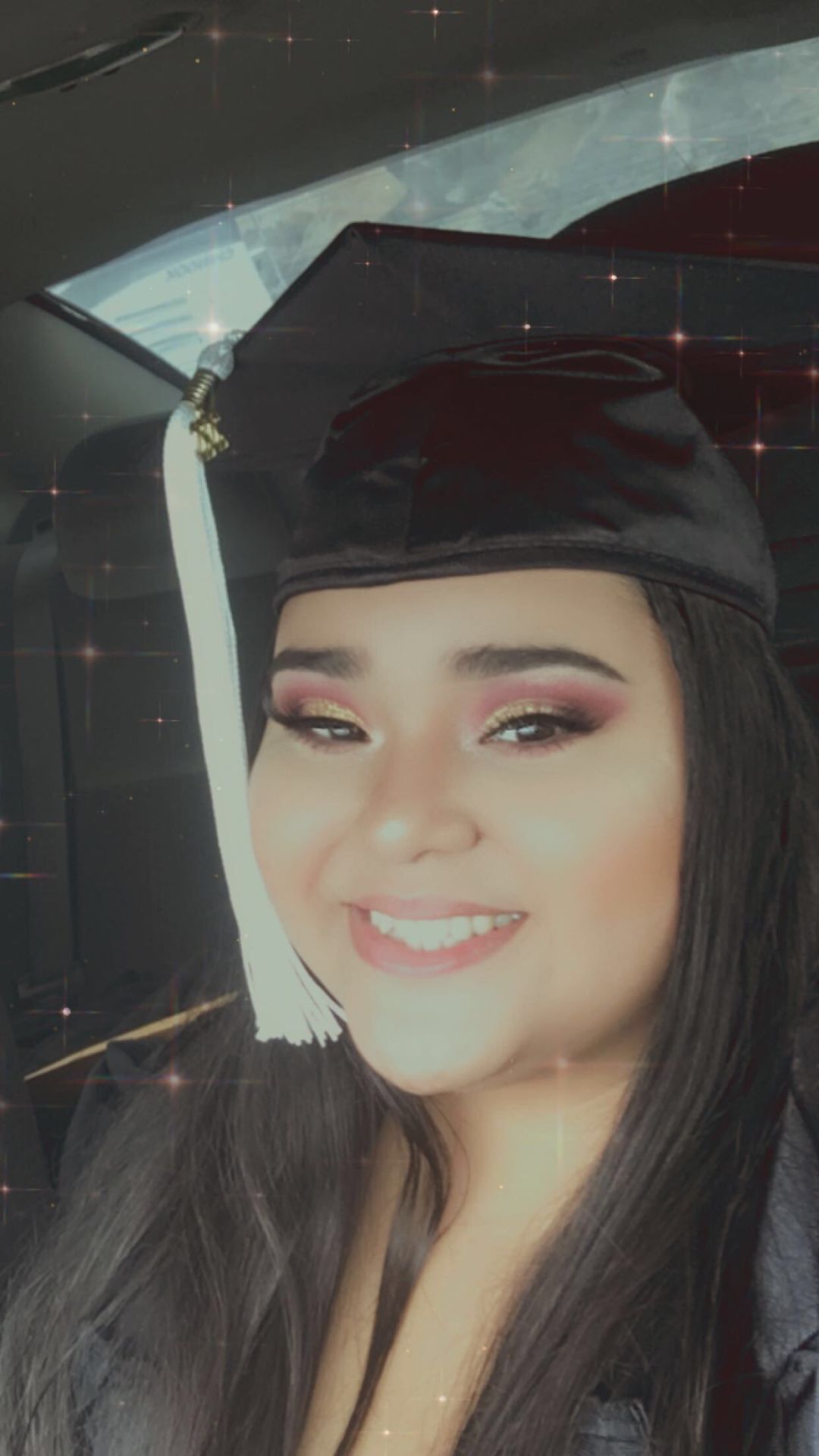 In this file photo, an Alternative Education graduate takes a photo during her graduation ceremony.

A few years ago, Rosa Soto wouldn't have believed you if you said she'd one day be a high school graduate.

Her home life wasn't the most stable for a child growing up, and after experiencing a loss that led to depression, she ultimately stopped going to school.

That was it, she thought. She let herself and her younger sister down.

But she soon realized that didn't have to be the end of her story. Alternative Education, run by the Kern County Superintendent of Schools, could be a path forward, and she decided to take those first steps.

On Friday, she'll finally hear her name called during her virtual graduation.

"People would tell me I wouldn’t get far in life (without finishing high school), and I wanted better," Soto said. "I wanted to prove everyone wrong."

Community School is a year-round public school program. Those enrolled have either been expelled; recommended by a school attendance review board; referred by the Kern County Probation Department; are on probation or parole; or their parents have requested enrollment.

Carlos Rojas, program administrator for Alternative Education, said students receive the same curriculum they would from their home district, and schools are very similar to a traditional comprehensive setting.

Pennie Sanchez, a transition counselor at North Kern Community School, said the various programs available for Alternative Education students give them assistance, support and guidance to transition into a different lifestyle, which hopefully leads to pursing college or a career.

"There's this awesome opportunity to reach kids who in their own minds are unreachable," Rojas said. "When you get the chance to see the lightbulb click in a kid's life, it’s the best experience you can ever have."

Typically, the Alternative Education program puts on a large graduation ceremony at Harvey Auditorium, which Rojas said is the highlight of his year.

Due to the coronavirus pandemic, a virtual ceremony will go live Friday, which will feature prerecorded speakers and recognize each graduate. About 220 students are expected to graduate.

Growing up in Richgrove, Soto said drug abuse was a problem in her family, and her uncles were involved in gangs. People were entering her home and fighting with her family members constantly, and she was always worried someone would try to harm her loved ones.

A few years ago, her uncle was shot multiple times in a drive-by shooting. Fortunately, he survived the attack.

"I wasn't really able to have that childhood most kids were able to (have)," Soto said. "Every holiday that we decided to celebrate had something bad happen."

Those experiences were traumatizing, and she worried about her younger sister during those situations.

By the time Soto began her freshman year at Cesar E. Chavez High School in Delano, another tragedy struck the family: her grandmother was diagnosed with stage 4 pancreatic cancer. By that point, there was little anyone could do to help.

The loss of her grandmother in 2017 was especially difficult for Soto, who had considered her to be her mother. She fell into a deep depression which ultimately resulted in her not going to school for almost a year.

"I didn’t want to do anything," she said. Instead of attending school, she spent two months picking blueberries in the fields at age 14.

Soto, and several doubters, expected that would be the end of her educational journey, but individuals from Chavez High told her she needed to continue pursuing her diploma. She would go to school once a month, she said, and the push-and-pull would continue.

Finally, after hearing people say she wouldn't amount to anything if she was a high school dropout, and wanting to be a role model for her younger sister, she decided to take charge. Soto began attending North Kern Community School, where she could take education at her own pace through independent study.

It was a bit challenging initially — getting through all those dreaded book reports and homework assignments — but she knew she had to keep going to give herself and her younger sister a shot at a brighter future.

"I realized that I have to do it and put my mind into it to finish something and accomplish my goal," Soto said.

Now, at 17, she can officially call herself a high school graduate, something she never expected. In the next few years, Soto said she'd like to attend cosmetology or culinary arts school.

Along the way, she's made herself and others proud.

"She is a beautiful human being. I’m so proud of her and her perseverance and pride for herself and family," said Sanchez. "She’s making a difference for herself, the community and her family."

Soto hopes her journey to graduation can inspire other children in similar circumstances to know a better future is possible.

"You may think others are better than you and you may think why are you even still here, but look at the brighter side no matter what," she said. "Just because you went through it all or are going through it, please don't give up. Better things will come your way."