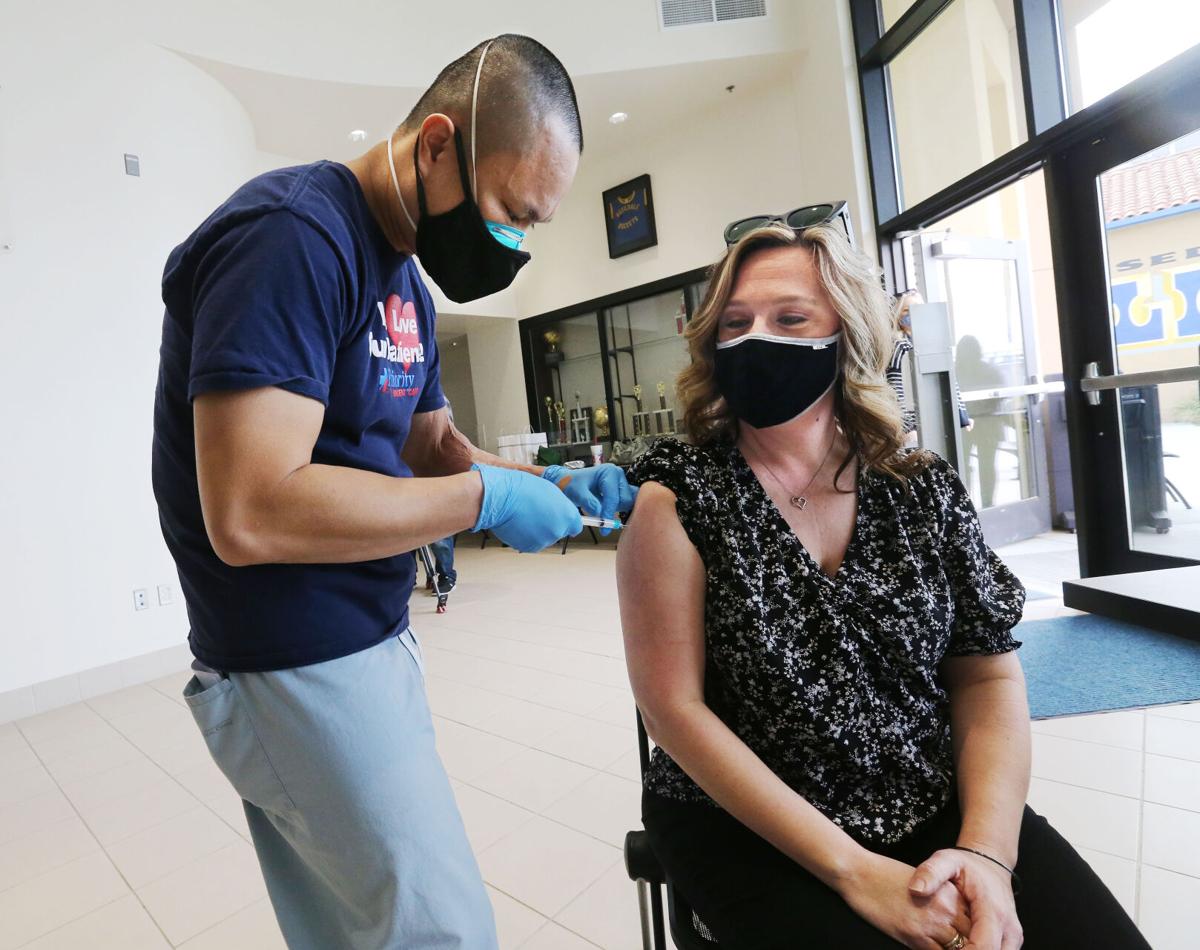 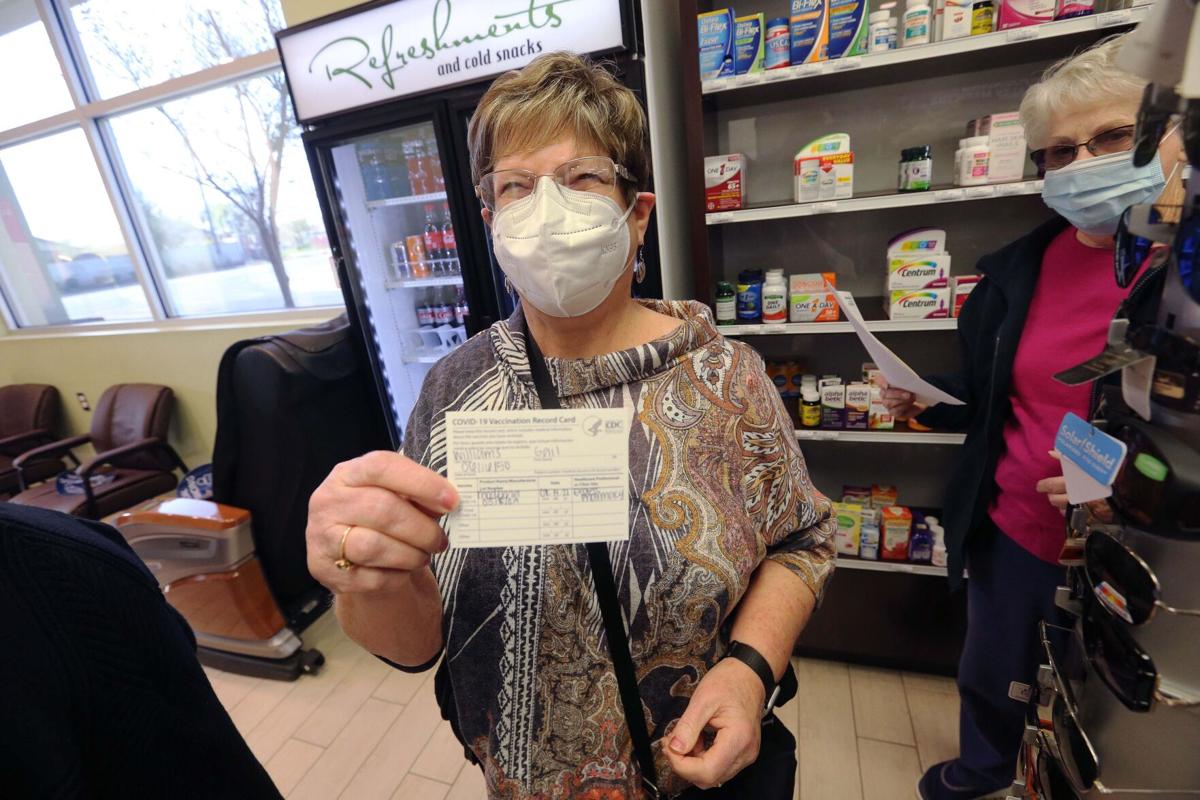 Gail Williams is all smiles after receiving the Moderna vaccine at Express Pharmacy in November. 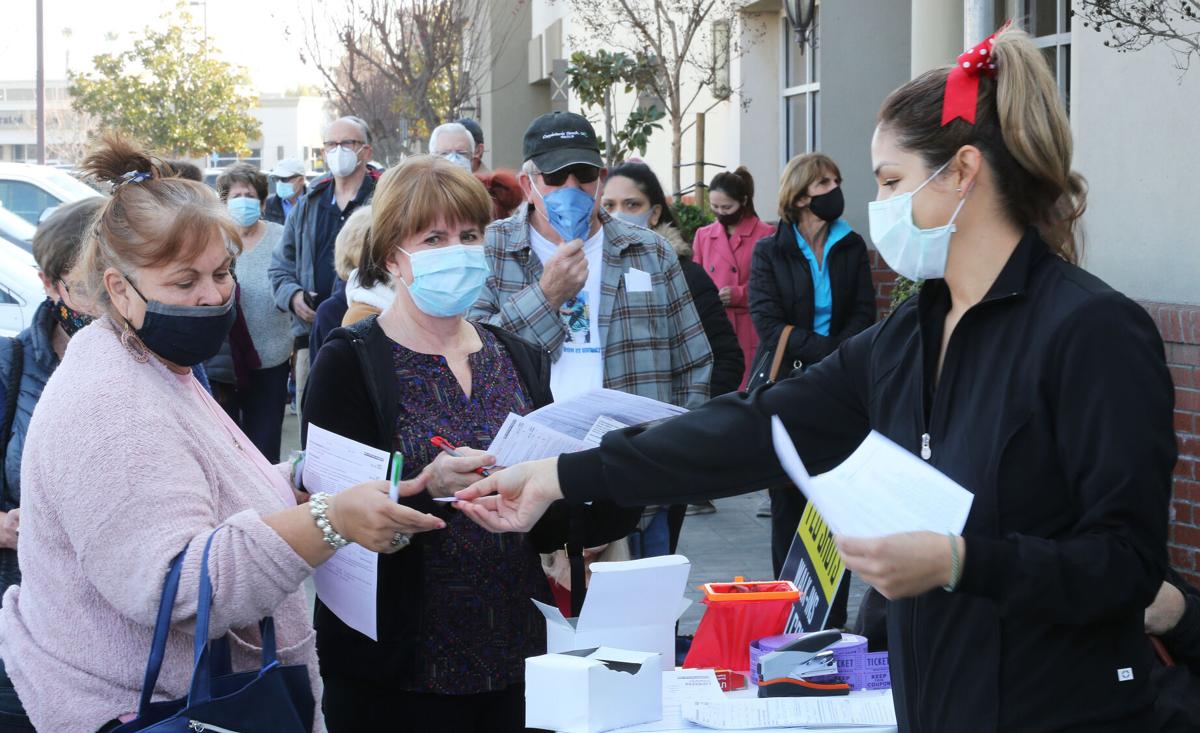 Pharmacy Tech Maria Fernandez hands customers a ticket they will need when their number is called for a COVID-19 vaccine in this January 14 file photo.

Gail Williams is all smiles after receiving the Moderna vaccine at Express Pharmacy in November.

Pharmacy Tech Maria Fernandez hands customers a ticket they will need when their number is called for a COVID-19 vaccine in this January 14 file photo.

For the past week, nearly everyone in Kern County has been able to get the COVID-19 vaccine. But the Kern County Public Health Services Department said its week of disseminating that message full of fine print, asterisks and conditions hasn’t gone too well.

So Monday’s news from the state that everyone age 16 or older who lives or works in Kern can get the COVID-19 vaccine has really simplified the job of the public health department. The county also hopes it leads to an uptick in those who get vaccinated in the local community and ultimately curtails the virus.

“We’ve seen appointments pick up today since we made the announcement,” Carrigan said Monday afternoon. “It has helped people understand that they can get vaccinated.”

Last week was a wild one when trying to keep up with who was eligible for the vaccine, and who wasn’t. On Monday, everyone in the county except for people who lived in six ZIP codes became eligible. On Thursday, it was announced that everyone over 50 became eligible across the board.

If certain residents didn’t meet those criteria, they might be able to get a vaccine depending on their occupation. And Carrigan said trying to make sure that there was consistency and fairness across the very broad occupational categories presented its own set of challenges.

“It made it very complex and confusing,” she said.

Kern County Public Health spent a lot of time last week answering questions from providers, but also from the public trying to explain eligibility. And while eligibility was being expanded and vaccine allotment was, too, the county didn’t fill its appointments at the Fairgrounds for the first time. Last week, 6,877 doses were administered over four days.

Carrigan noted that no vaccine was wasted, as the county was able to reallocate them to the next clinic.

“We try to be very cautious when we remove them from their frozen state,” Carrigan said.

But she added that the county took some time to reflect on what might be happening. Some of the slowdown might have been the fact that it was spring break, but the issue of muddled messaging had repeatedly come up. The department passed it along to the state.

In turn, last week the state indicated that it would allow counties to relax their vaccine eligibility requirements ahead of April 15, the date originally set when everyone in California age 16 or older would become eligible. But Monday’s announcement is a more formal one for Kern.

The announcement comes with more supply and more interest. The expectation is that Kern will receive more than 39,000 doses this week, according to the health department.

Carrigan said this week the Fairgrounds has 11,700 doses over the five days its open — or 2,340 each day. That’s much more than last week, but they expect to use them all.

As of Sunday, 316,312 doses have been administered to Kern County residents, a news release stated. It also said that 12.7 percent of Kern’s population has completed its vaccination series and that 46 percent of the county’s 65-and-older population is fully vaccinated.

To schedule a COVID-19 vaccination appointment, visit MyTurn.ca.gov or call the Public Health Call Center at 661-321-3000.

Last week word started to get out that Kern County was getting more COVID-19 vaccines but hadn’t been using them. People in Los Angeles County…