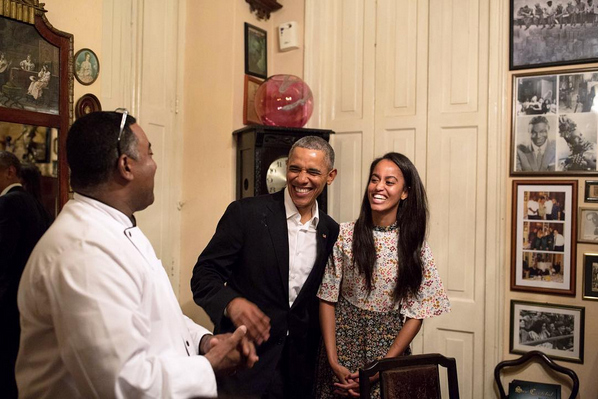 President Obama and his Spanish translator share a laugh at a restaurant in Old Havana. His translator: none other than first daughter Malia. 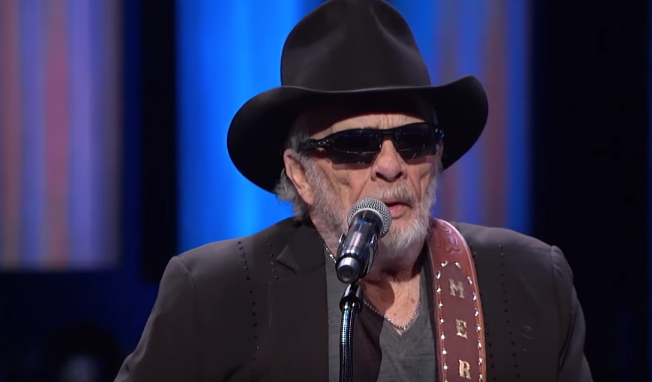 Bakersfield's Merle Haggard performs in October 2015 at the Grand Ole Opry. Haggard sang "I Think I Will Just Stay Here and Drink."

President Obama and his Spanish translator share a laugh at a restaurant in Old Havana. His translator: none other than first daughter Malia.

Bakersfield's Merle Haggard performs in October 2015 at the Grand Ole Opry. Haggard sang "I Think I Will Just Stay Here and Drink."

1 Rumors of Merle Haggard’s demise appear to have been greatly exaggerated.

Glenn said he'd been in touch with Frank Mull, Haggard's tour manager, last week and they're "cautiously optimistic" the show will happen as planned.

"First and foremost our hope is for (Haggard's) health, long-term," Glenn said. "That's more important than any given show."

When sales began Jan. 16, the O'Reilly Family Event Center in Springfield sold approximately 3,000 tickets for the show in 19 minutes, which Glenn said is a record.

Haggard is actually scheduled to return to the stage the night before, April 7 — the day after he turns 79 — in Cape Girardeau, Mo.

2 We all know the impact puppies can make on our lives, which is why they make great companions and, properly trained, service dogs.

On April 9, at 2 p.m., Have a Heart Humane Society will host a talk by Debi Geary on raising and training puppies for Canine Companions for Independence and for Guide Dogs of America at Rescued Treasures, 1121 W. Valley Blvd. in Tehachapi. The presentation is free to attend.

Canine Companions for Independence and for Guide Dogs of America have teamed up to raise and train future service dogs and prepare them to love and care for someone.

3 Lately, Donald Trump rallies have been pretty violent, what with all the sucker punching and kicking. That makes sense, considering Trump’s rallies attract people who love and despise him. Put them together and you created riots perpetrated by downright savages.

In recognition of this, Twitter users have created an interesting hashtag: #SaferThanATrumpRally. And let’s just say, people think swimming with sharks and drinking Flint water is safer than attending a Trump rally. Here are some of the most creative submissions.

Mike Lindeen ‎@woohookitty: “Being a hot dog at a hot dog eating contest#SaferThanATrumpRally”

ĦellσChinaĐragon @HelloChinaDragn: “Sticking a fork in an electrical outlet while standing in a bucket of water #SaferThanATrumpRally”

Simar Ahluwalia ‎@sahluwal: “Being homeless on the night of The Purge.#SaferThanATrumpRally”

4 A burglary suspect in central Pennsylvania was apparently planning on a long-term stay at the home of one of his victims.

A Columbia, Pa., family returned home recently to find the suspect eating their food and wearing their clothes, police told The Associated Press. He also rearranged the furniture.

Police say Zachary Jock, 21, stayed at least two days at the home, according to the AP. He wasn't the most conscientious guest: Police say he damaged the house by throwing two knives that stuck in the ceiling.

5 New Jersey lawmakers are trying to promote pedestrian safety by introducing a bill that would make texting and walking illegal in the state. Simultaneously, we mean.

Democratic Assemblywoman Pamela Lampitt, who proposed the bill, is concerned about the rising accidents related to cell phone usage. Fortune says injuries involving walking and using a cellphone more than doubled between 2005 and 2010.

“If a person on the road — whether walking or driving — presents a risk to others on the road, there should be a law in place to dissuade and penalize risky behavior,” Lampitt told CBS New York.

Fortune reports 32 pedestrians in New Jersey have been killed just in 2016, and around 10 percent of pedestrian injuries are due to distracted walking.

Other states including New York, Nevada and Arkansas tried to institute similar bans but failed. California hasn’t yet tried. Thanks goodness. If it had, some of us would have been fined by now. Yes, we’ll try to clean up our act.

6 If you can't buy it with your food stamps, maybe you can't afford it.

Consider the case of a Florida man who police say stole a BMW after trying unsuccessfully to buy the $60,000 vehicle with a food stamp card and a credit card.

A report by the Associated Press says the Martin County Sheriff's Office issued a statement that 36-year-old Nicholas Jackson was arrested and charged with grand theft auto.

The best part is how Jackson was caught. Deputies found him, along with keys to 60 other vehicles, when he ran out of gas.

Poor guy didn't have enough money to fill the tank.

7 Everyone knows one man's trash is another man's treasure. But sometimes his trash is also his fortune, so be sure to keep on good terms with the company that hauls your garbage.

A Missouri woman preparing to wash dishes took off two rings valued at half a million dollars and placed them on a paper towel, according to the St. Louis Post-Dispatch. Her husband then threw the towel into the trash, rings and all.

By the time the mistake came to light, a garbage truck had already taken the couple's trash to a disposal site.

That's where the hero comes in: Meridian Waste Service dug through tons of trash — and found both rings!

Our question: She has two rings valued at half a million dollars but can’t afford a maid to wash her dishes? Those are problems we’ll never have.

8 On Wednesday morning, the earth’s shadow will darken part of the moon in a penumbral lunar eclipse.

Unfortunately, Wednesday's lunar eclipse will be subtle compared to the "blood moons" caused by total lunar eclipses, says Mashable, but it will still be visible to much of the globe.

The penumbral eclipse, which occurs when the alignment of the sun, moon and Earth is a bit off, will last for 4 hours and 15 minutes, but it will only be noticeable for a few minutes, so skywatchers, look outside at 4:47 a.m. Pacific Time.

Lunar eclipses take place when the moon “dives” into the Earth’s shadow, but they don’t occur every month because the moon’s orbit around Earth is slightly out of plane. A total lunar eclipse occurs when the Earth, moon and sun line up exactly right, says Mashable.

The next two lunar eclipses will take place in September 2016 and February 2017, and the next total lunar eclipse won't occur until January 2018.

9 The Internet is why the Natural Environment Research Council of Britain can't have nice things.

As reported in the New York Times and elsewhere, NERC invited the public to name a $287 million polar research ship. Big mistake.

NCER's leading contender thus far is R.S.S. Boaty McBoatface — right up there with the Hesperus.

The horror. The LOLs. The SMHs. The LULs.

Another funny: the RSS Usain Boat was in the Top 10.

10 President Obama couldn't have survived his historic tour of Cuba without help from his 17-year-old daughter Malia, who has been his translator, says Fusion.

“You know, her Spanish is much better than mine,” Obama told ABC News. “And I’m hoping that she has a chance to get entirely fluent.”

“My vocabulary is the equivalent of a 2-year-old’s,” he said. “It’s one of those things I’ve always said to myself that I’m gonna take care of. But … it turned out that, during the presidency, I didn’t have time to take Spanish lessons.”

Malia just might return to the U.S. as a fluent Spanish speaker. She and her sister Sasha will have traveled in Cuba and Argentina with their parents over spring break.