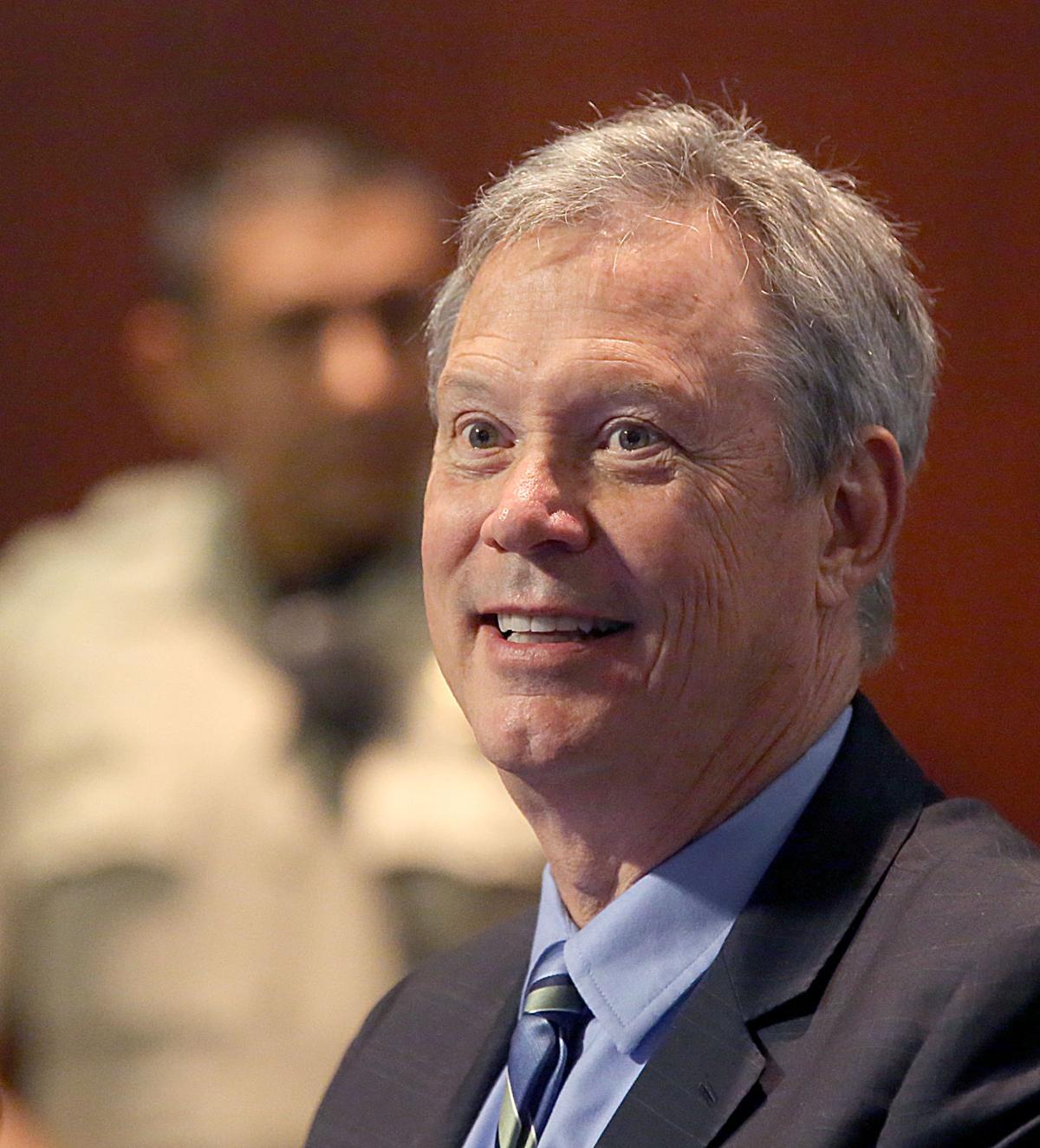 County supervisors are planning to ask John Nilon to return to work, after his impending retirement from the county administrative post, as Kern’s “innovation director.” The salary for the new position is expected to cost taxpayers $100,000 a year. 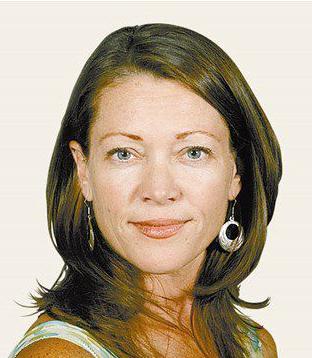 If the Kern County Board of Supervisors follows through on plans to bring retiring County Administrative Officer John Nilon back to A) “shepherd” his replacement and B) serve in some dippy, made-up “innovation director” position — at a rumored cost of $100,000 a year — someone needs to call the Mary K. Shell Center.

You didn’t know supervisors were scheming to create a whole new six-figure county position even during our “fiscal crisis”?

Yeah, neither did I.

Because it’s never been on any public agendas.

The new CAO, purported to be some kind of government rockstar, will be announced at Tuesday’s meeting, according to Supervisor Mick Gleason.

He’ll start the first week of January. (His name is still under wraps.)

Meanwhile, supervisors have already asked Nilon to push back his retirement by a few weeks, or more, to help the “rockstar” transition into the CAO job, according to Gleason.

Nilon didn’t have someone showing him where the coffee maker was when he hired on. Neither did the guy before him, or him, or him.

But here’s where it gets worse.

Supervisors are also planning on asking Nilon to come back after retirement to lead what Gleason referred to as an “innovation cell.” I’ll explain that in a minute.

Gleason didn’t know exactly how much Nilon would be paid, but said it would be “good pay.” He alluded to part-time, but nothing is set in stone.

A number of county watchdogs who’ve had their eye on this tell me such a position would likely cost taxpayers $100,000 a year.

That would be on top of what we will already be shelling out for Nilon’s retirement from the nearly $250,000 CAO job.

When you consider the cuts this past year, not to mention that a third of county employees haven’t had a raise since 2009, spending anywhere near $100K on a new position is downright immoral.

And though we’ve seen retirees brought back for high-dollar, stop-gap jobs before (Undersheriff Rosemary Wahl comes to mind), those, at least, were jobs that already existed and are necessary.

This innovation director position is a whole other ball game.

And it’s not just an idea.

The position has solidified to the point that supervisors have even decided the director will work out of the M Street planning department building rather than county HQ on Truxtun.

Wow, they've practically picked out Nilon's office furniture and all without a peep to the public. Nilon did not return my call seeking to talk to him about it.

Supervisors apparently came up with the position during private discussions, likely during one of the many closed sessions held to evaluate Nilon’s job performance.

He’s been listed as up for evaluation in 20 out of 36 supervisor meetings this year (including Tuesday’s upcoming meeting).

That includes 16 times after he announced his retirement March 1.

There’s no way this passes the Brown Act smell test and frankly I’m a little tired of it.

Supervisors did the same thing a couple years ago, as I reported in May 2012. After investigating, the district attorney said she wouldn’t prosecute but told supervisors to knock it off.

They apparently blew past that admonition and now think it’s totally cool to create new positions with zero public input.

I call bullpucky on the whole thing.

So, about this innovation director position.

Gleason, who admits to being a “full throated” supporter of the concept, said this position would be in charge of the county’s Kern LEADS effort, which is an attempt to change the culture from the ground up so the county can give better service at a lower cost.

It’s all based on something called Lean Six Sigma, which is a method of management that encourages employees to take risks, etc., in order to work smarter.

Supervisors created a committee to implement the concepts and the innovation director would lead that team.

Which begs the question: How efficient it is to do away with bureaucracy by creating another bureaucracy?

Anyhow, I asked Gleason why the county doesn’t hold off on this to see what the new CAO thinks of Lean Six and Kern LEADS.

Perhaps the new CAO might find an even better way to fight waste and inertia.

Like, say, by closely monitoring audits already performed by the Auditor-Controller’s office and asking each department head to create smaller efforts in their own departments that don't require a major team, statistics gathering, lots of meetings, etc. (As is outlined in several Lean Six reports.)

I also asked Gleason how the new CAO would like Nilon running what amounts to a shadow administrative office overhauling county operations.

If Nilon is doing the job Gleason expects him to do, ownership of that overhaul would be in employees' hands, not Nilon’s, Gleason insisted.

“I see John (Nilon) as a facilitator,” Gleason said. As he trains people in each department, they become their own “change managers” and wouldn’t need to report to Nilon.

I’ve never seen a bureaucrat actually work themselves out of a job. But I eagerly anticipate someone proving me wrong.

But there’s another problem, and it’s a biggie.

For something like this proposed culture change to work, you need buy-in from employees and department heads, not to mention the public.

Nilon is a polarizing figure and this past budget battle made him even more so.

Gleason acknowledged this past budget session was hard but said people have to realize Nilon was just carrying out orders.

Nope. I think it goes much deeper than that.

And the secretive way this innovation director position was created has solidified the negative feelings.

“I like John Nilon,” Youngblood said. “But the things that occurred in the last six months….Lean Six will not work with Nilon leading that team.”

He was clearly frustrated that he learned more about the innovation director position from my call than he had from supervisors even as rumors have swirled around the county for weeks.

He noted that supervisors can’t force his department to participate as he’s elected, not appointed.

Other elected officials — the DA, auditor-controller, treasurer-tax collector and assessor-recorder — can also choose whether their departments participate.

That’s a pretty big chunk of the county.

If a core objective of Lean Six is to create trust and collaboration, I’d say Kern County supervisors have a very long way to go.

The Californian never made this clear and very few individuals may really know. What were the pressures inflicted on John Nilon last year to cause him to submit his resignation in March 2016? No doubt his unpopular duty as a budget "watchdog" while overseeing somewhat bloated and spoiled county departments caused him stress. The public was also kept in the dark about any antipathy certain supervisors habored against him. Gleason is reluctant to completely part with his managerial talent so a new part-time position has been invented for him.

Wow how fantastic website it is!! Actually i want to build a website like you. Where i will write valuable info for my visitor. I already receive some concept from your blog. I think you are a best essay writer . Thanks for your quality content. I will visit again your website for more info. Keep it up......

Implimenting Lean Process analysis at the County could quite possibly be the best thing our Sup's have ever done. The new CAO will have to embrace it and own it as you stated. As far as the Sherriff and other elected officials are concerned if Lean is implemented correctly and starts generating the kind of results we have seen in the private sector they would be fools not to follow.

I'm not sure Mr. Nilon has the relevant experience to make this happen anyways.

This is a great Christmas gift but it's like that sweater that looks great but is just a tad too small.

This is all fine and good to report on and hold public officials accountable, but where's the follow up and reporting on the millions of dollars of firefighter overtime based solely on shift swapping (not legit overtime for bona fide public safety reasons). You can eliminate the nonsense of what this story exposes 10 times over and still not make a dent in the fiscal crisis unless you honestly deal with the 3rd rail of the fire department's excesses.

Bushwikker not sure where you get info but you are dead wrong. The main reason overtime is generated is by not hiring any firefighters for the past two years and being 30 firefighters short. If you want a firefighter at a station then you either hire one to replace the ones leaving for better firefighter jobs or pay overtime. This is another example of what is wrong with the outgoing CAO. He manipulated this story of firefighter OT when he actually caused it by a hiring freeze. He is the most dishonest CAO ever and I am glad his little plan is outed. Thanks Lois. Lean six may very well work but not with him leading the charge. Nilon is not trusted.

Unfortunately this is nothing new with this Board. They take care of of their favorites (the recent raises to Oviat's Chiefs come to mind) while refusing to invest in their non-management employees. There's always the convenient excuses like KMC, depressed oil tax revenue, and the recession before that, but somehow the Board always find the money for all of the people and "one-time" expenditures they want to find it for. Meanwhile, in many cases, Kern's average employees are now the lowest paid when compared to other like counties of comparison. So many County employees, including many in public safety, now qualify for public assistance because they are not paid a proper living wage. So keep giving the raises to the managers while you buy new toys and build shiny new buildings and good luck trying to find anyone to operate and staff them.

So much for the "financial crisis". Incredible!!! Keep on it Lois. You also need to check with Lisa Green to see if there are certain misdemeanors she is unwilling to prosecute. Maybe she will refuse to prosecute if you punch certain members of the BOS and the punk Nilon in their throats?