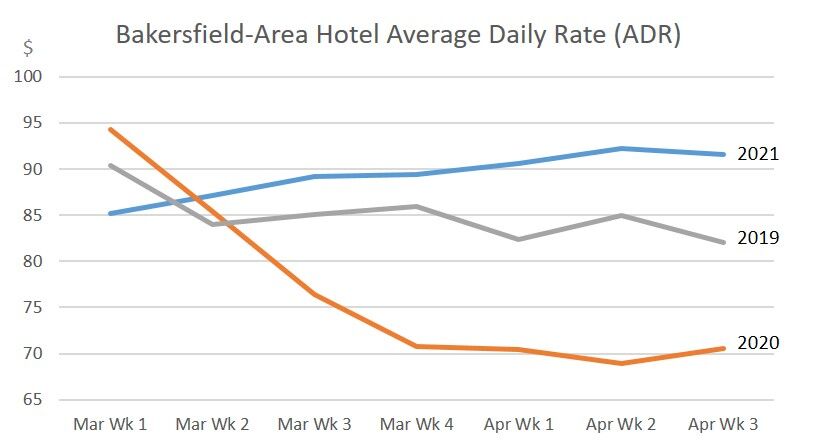 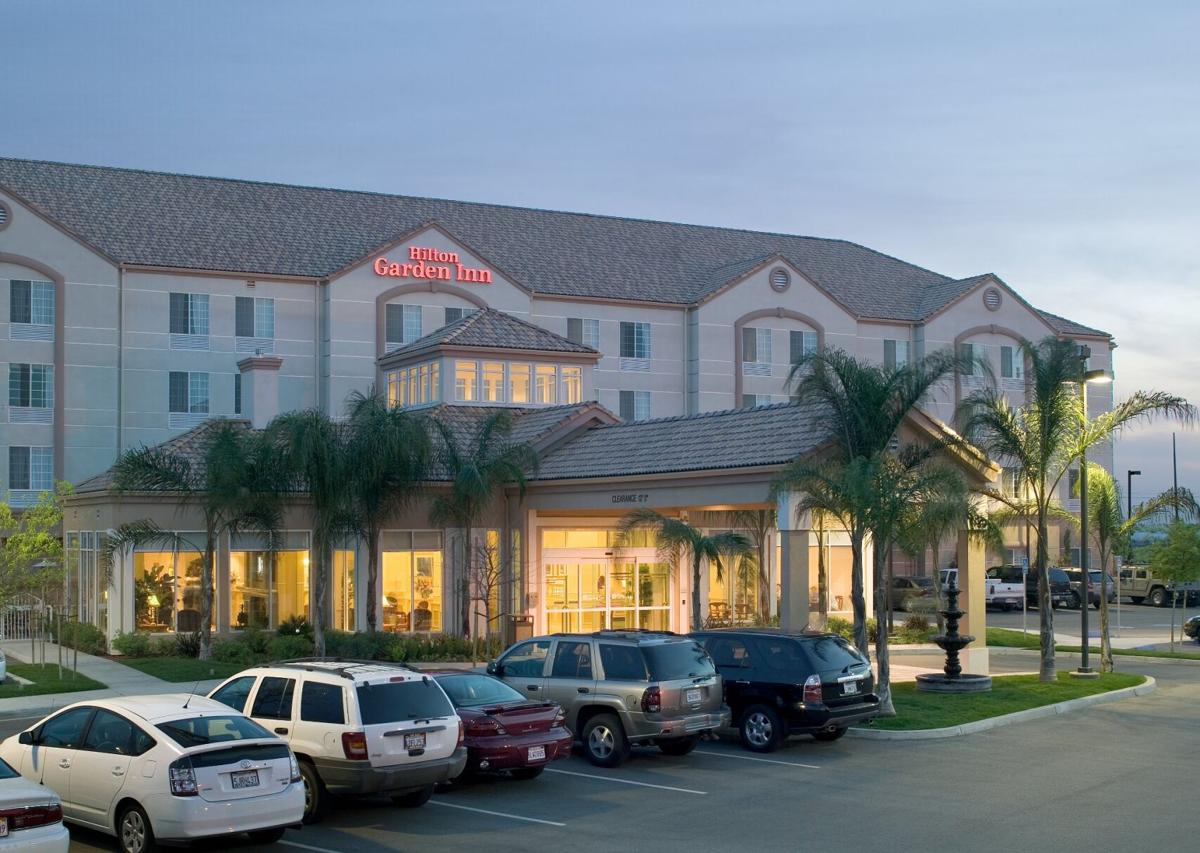 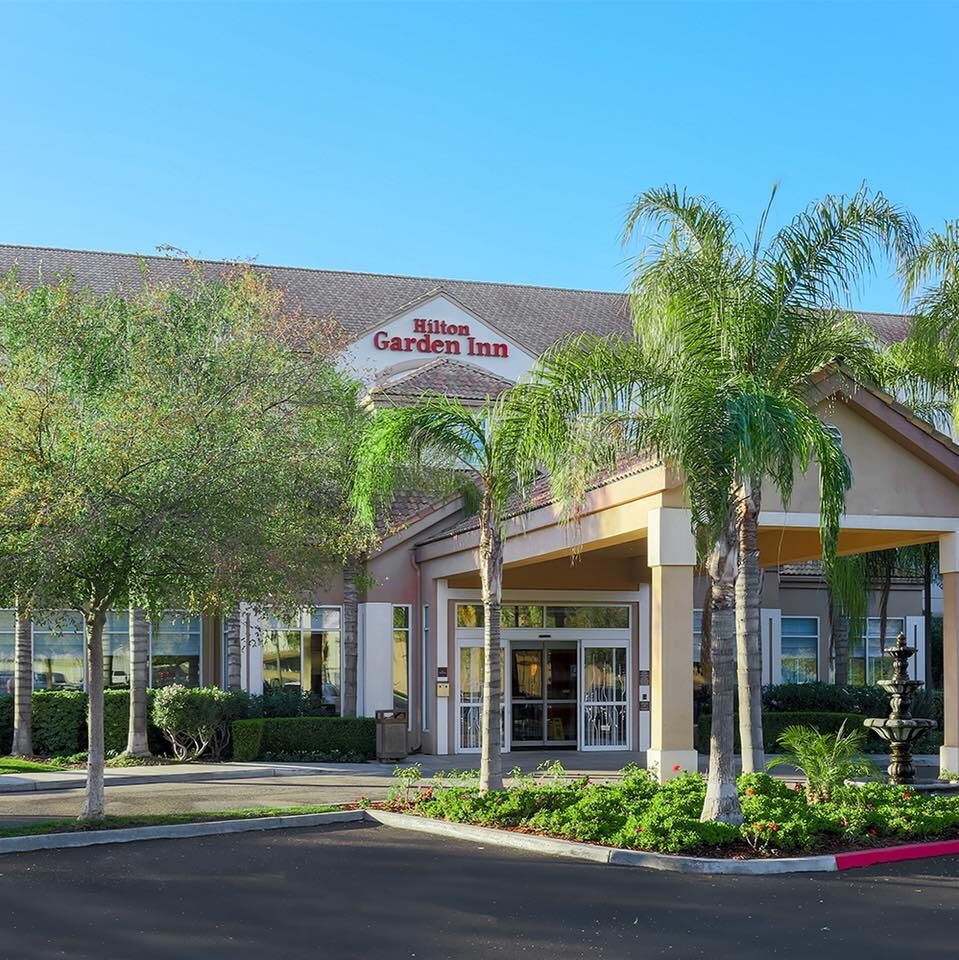 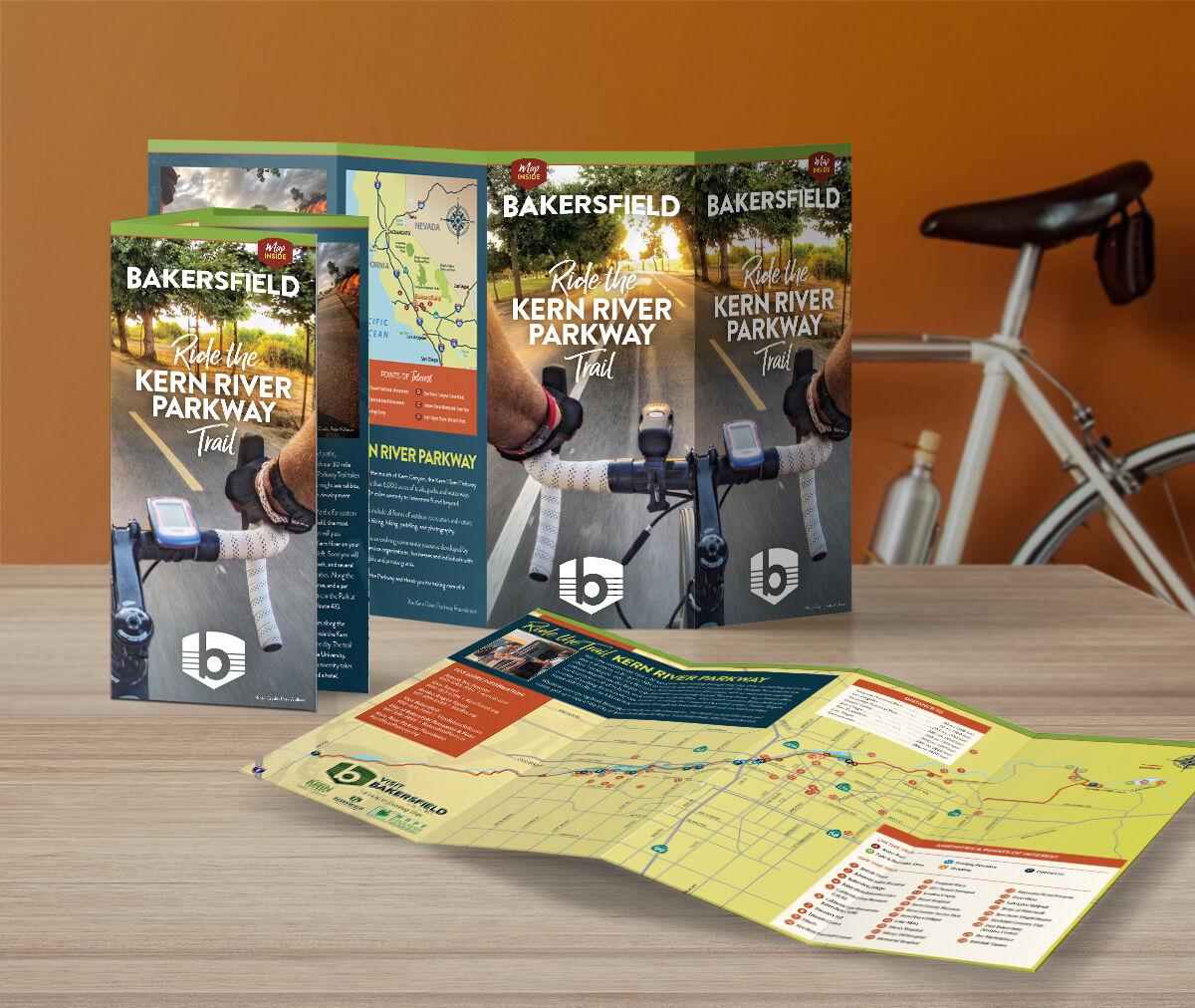 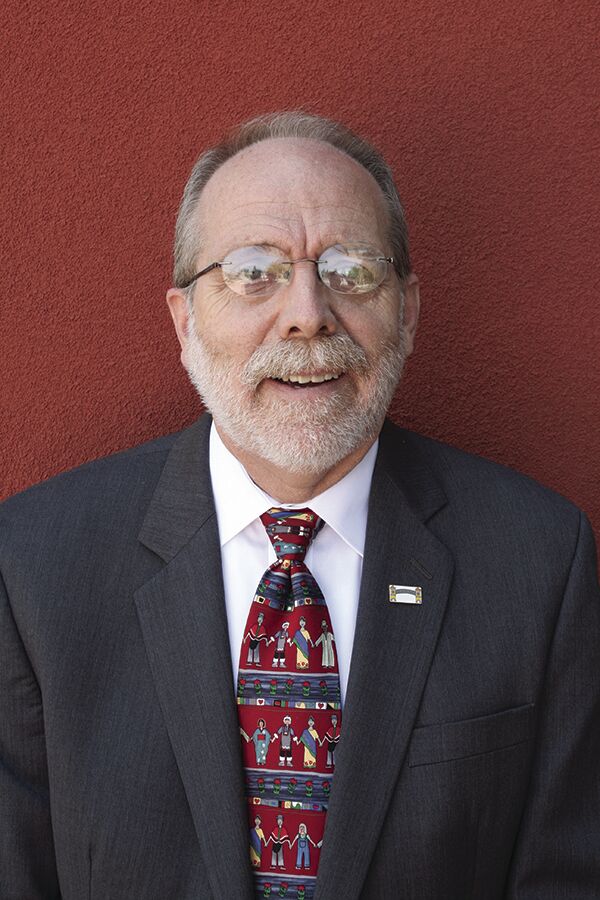 Bakersfield’s hotel market appears to be rebounding to pre-pandemic levels, based upon a recent analysis by Visit Bakersfield.

For the seven-week period beginning the first week of March, local hotel occupancy is back to where it was during the same period in 2019. In addition, room rates and hotel revenue are pacing ahead of that same 2019 period. This is good news not only for hotels, but also for the local economy and local governments.

When the pandemic began to hit the travel industry last year, Bakersfield hotel occupancy slid a whopping 55 percent compared with the same period the year before. That meant big drops in hotel revenue, triggering staff reductions and hits to city and county tax coffers.

Over the next 11 months, the occupancy rate for the local hotel market slowly improved and has now returned to pre-pandemic levels of the same period in 2019.

The reasons for Bakersfield’s revived occupancy rates are varied. For some hotels, new construction and businesses coming to our area have created an increase in customers. At Home2 Suites by Hilton, Director of Sales Denise Taylor-Connor cited work on the new Amazon facility and the resurgence in the local oil and gas markets. She also has seen an increase in groups staying at her hotel, specifically weddings, sports and family travel.

“I see more family road trips on the rise, and families meeting in the middle somewhere to see each other for the weekend,” she said.

At downtown’s Padre Hotel, General Manager Jennifer Johnson has watched demand climb steadily since mid-February. She said nearly every Friday and Saturday at the Padre since then has sold out.

Johnson has noticed a shift in booking trends.

“In 2019, our largest segments were pretty closely tied between leisure and corporate travel, but now leisure travel is the dominant segment," she said.

In addition to occupancy, other local hotel metrics are back to 2019 levels. ADR, or average daily rate, had hit a low 21.7 percent year-over-year at the start of the pandemic. But for the seven-week period since the first of March of this year, local ADR is running an average of $4.34 higher than the same period in 2019, an increase of 5 percent.

Johnson said, “We see that leisure travelers are booking the larger, higher-priced rooms and boosting our ADR because of it.”

Rebounding occupancy and ADR means an upswing in hotel revenue. While RevPAR, or revenue per available room, sank to 63.1 percent year-over-year at the beginning of the pandemic, it is now running ahead of the same period in 2019 by an average of $2.53, and increase of more than 4 percent.

Rising hotel revenues translate into higher revenues for local governments. The city of Bakersfield assesses a 12 percent “bed tax” on each room night sold (Kern County charges 6 percent for hotels in unincorporated areas). As hotel revenues increase, so too, do tax revenues flowing to both city and county.

In addition to the traditional leisure and business travelers, Taylor-Connor at Home2 Suites noted that those large vaccination clinics in Bakersfield attract traveling medical staff who need places to stay, namely hotels. She also noted that the local housing market has benefited Bakersfield hotels.

“People’s houses sell faster than they anticipated and they don’t have a new house yet,” she said. “We get several who are displaced for a few weeks to a few months until new housing is available.”

That tight housing market also means people relocating to Bakersfield from other cities are staying in hotels while their names work their way up waiting lists.

Back at the Padre, Johnson looked ahead a few months. “With travel restrictions lifting and people getting vaccinated, the leisure travel segment won't be shrinking, and we're seeing signs of the corporate travel segment coming back.

She added, “Bakersfield is positioned to bounce back before the year end because the market has a diverse source of travelers.”

David Lyman, Ph.D., is manager of Visit Bakersfield. He frequently monitors, compiles and analyzes various data about the local economy. He and his crew help visitors from throughout the world spend their money and find The Sound of Something Better in California’s ninth largest city. They are available toll-free (866) 425-7353 or at Info@VisitBakersfield.com.