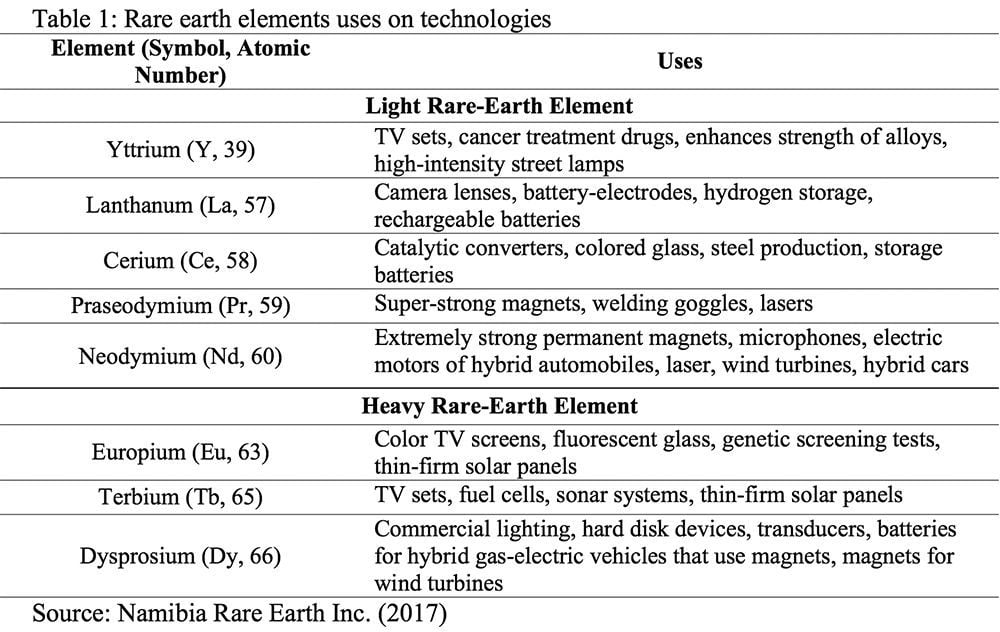 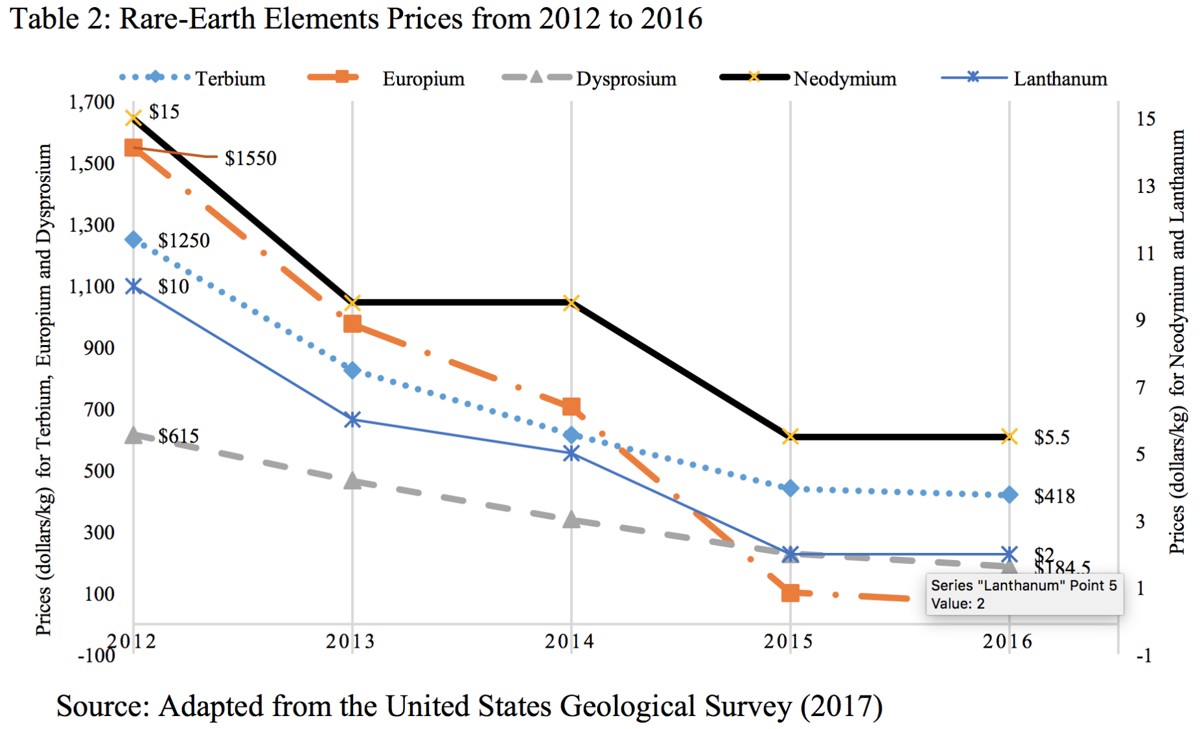 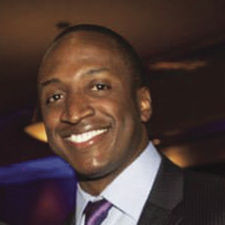 The deployment of renewable energy has taken over national and regional planning agendas lately. States and cities in the U.S. have been touting its deployment and setting goals and targets to be met over the next few decades. The city of Atlanta, Georgia, recently committed to 100 percent renewable energy by 2035, making it the 27th city in the U.S. to pledge to run on clean energy. Others are Portland, Maine; St. Petersburg, Florida; Los Angeles, California; and Portland, Oregon. The expected increase in demand for renewable energy will be accompanied by concomitant growth in extraction of certain types of rare-earth elements (or materials), which are critical for high-technology renewables.

Rare-earth elements are 17 elements found on earth. The name “rare earth” is misleading as the name implies that the material is not ubiquitous, which is not true. Rare-earths are abundant, and the United States Geological Survey estimated that 120 million metric tons existed in 2016. They are also found in virtually every continent in the world, with China dominating global supply. What makes them rare is the amount of time and energy it takes to extract them. These materials are used to manufacture components for technologies generating clean energy such as photovoltaic cells, batteries for transportation and components of wind turbines.

Table 1 presents eight of the 17 rare earths elements and their use in renewable energies.

So why the interest in rare earth elements? China’s mines have recently ramped up production of REEs sending a downward spiral in prices. These elements, which fetched extremely high prices five years ago, now cost 80 percent less today than they did six years ago. Europium oxide, which costs between $1,500 and $1,600 a kilogram in 2012, costs between $62 and $70 in 2016, while the average price of terbium dropped from $1,250 to $418 during that period. Dysprosium, neodymium, lanthanum, cerium and yttrium also experienced price declines. Table 2 illustrates price drops of five REEs between 2012 and 2016.

The National Renewable Energy Laboratory and the American Wind Energy Association have reported that costs of solar and wind have declined in the last few years. Although prices have declined, cost of REEs have not played a significant role — yet. There are other factors in the economy driving this price decrease. The literature reports that solar prices have declined due to technology improvements, economies of scale and government subsidies, which have led to improvements in manufacturing solar panels. Other contributions to lower prices include lower module and inverter prices, improved labor productivity, increased competition and lower installer and developer overheads. It is no wonder that electricity generation from solar grew by 5,000 percent between 2006 and 2016, or 40 percent each year in the last five years (during which wind energy supply grew at a rate of 13.2 percent), according to the U.S. Energy Information Administration. A visual representation of these increase in demand and supply is shown in Table 3.

This growth in demand and supply resulted in employment gains, with jobs in electric power generation increasing by 13 percent between 2015 and 2016. In the past year, the solar workforce added 73,000 new jobs and increased by 25 percent, while wind employment went up by 32 percent. A 2017 report from the Department of Energy indicated that solar employment accounts for the largest share of workers in the electric power generation sector, employing more people than oil, coal, natural gas, nuclear and hydropower combined. This is largely due to the construction-related activities driving up solar generation capacity, along with an increasing number of employees installing and building these facilities.

Much has not been discussed on the impact of an increase in supply of REE into the market. This could potentially lower the already decreasing prices, consequently affecting supply of technologies relying on them. Currently the U.S. imports 90 percent of REEs which come from China. Viable resources in the country are located in Mountain Pass, California, at the heart of the Mojave Desert. Other reserves are present in Idaho, Colorado and New Mexico.

Going forward, demand and supply in REEs and other elements are set to increase due to growing adoption of renewable energies and this has significant implications for employment and the environment. The news has been awash with headlines such as “Cobalt prices are set to rocket as Tesla and Apple scramble for supplies” becoming evident that the impact of rare-earth prices, which are the materials needed for building renewable energy equipment, are crucial in determining future renewable diffusion. REEs will be a game changer and possibly the new oil going forward.