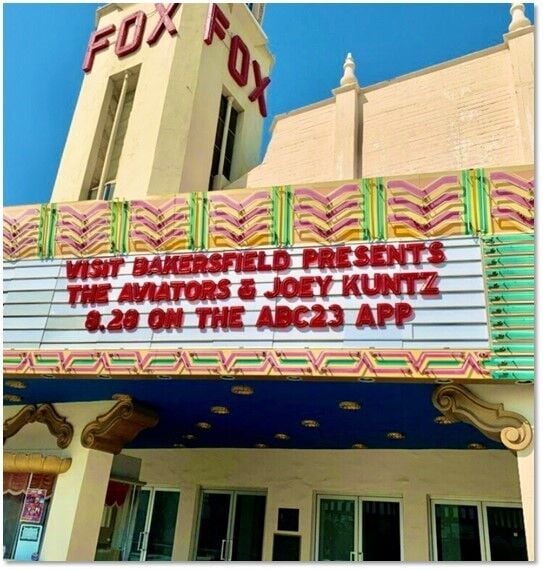 Visit Bakersfield is the presenting sponsor for Live Stream Vaccine: The Entertainment Cure, a series of live concerts streamed from the Historic Fox Theater through November. 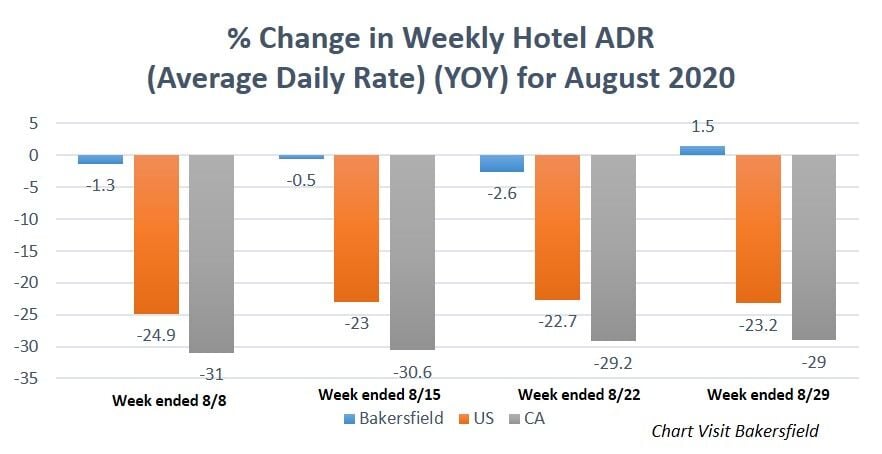 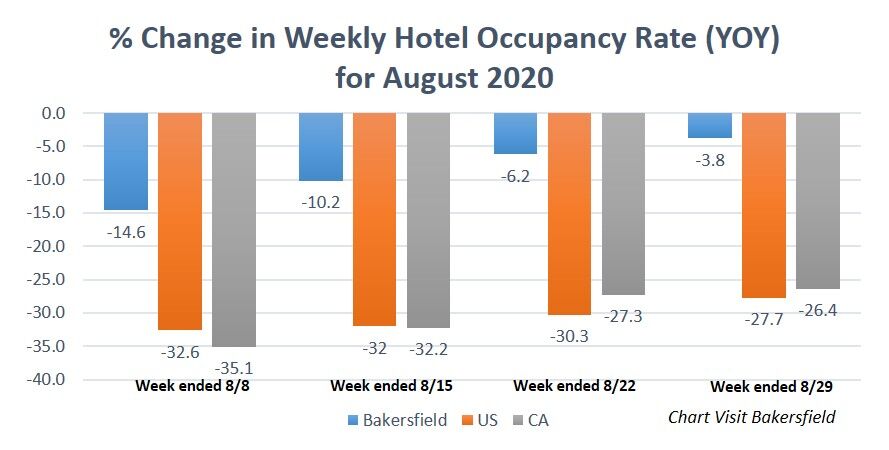 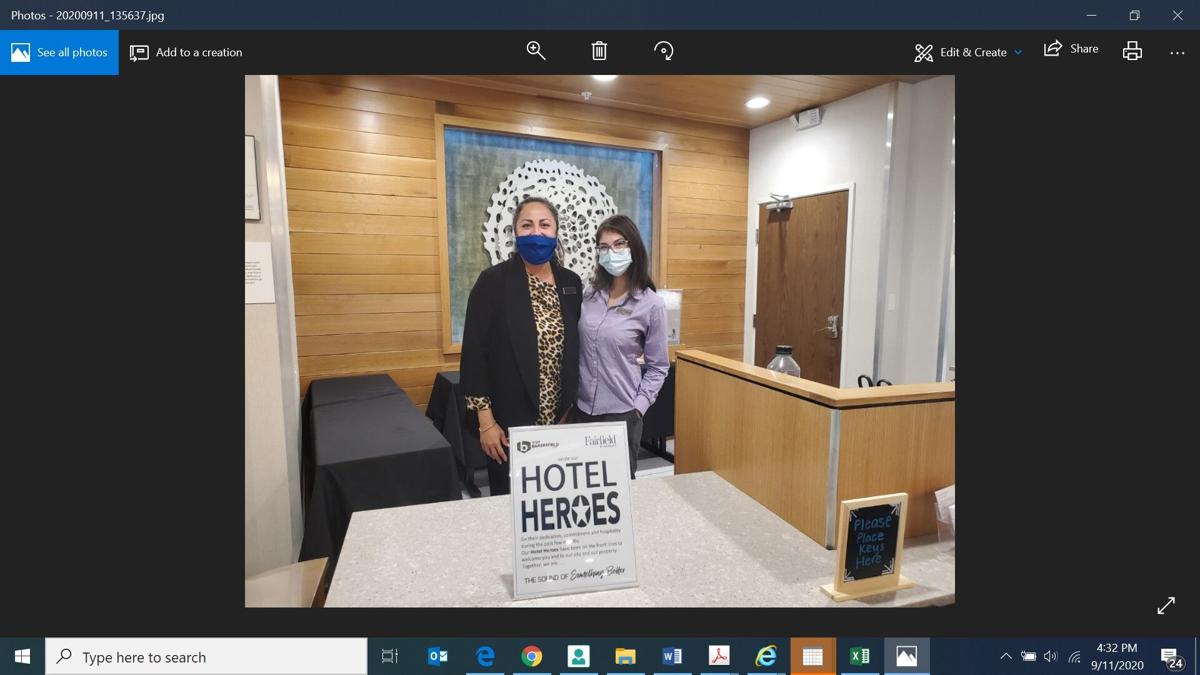 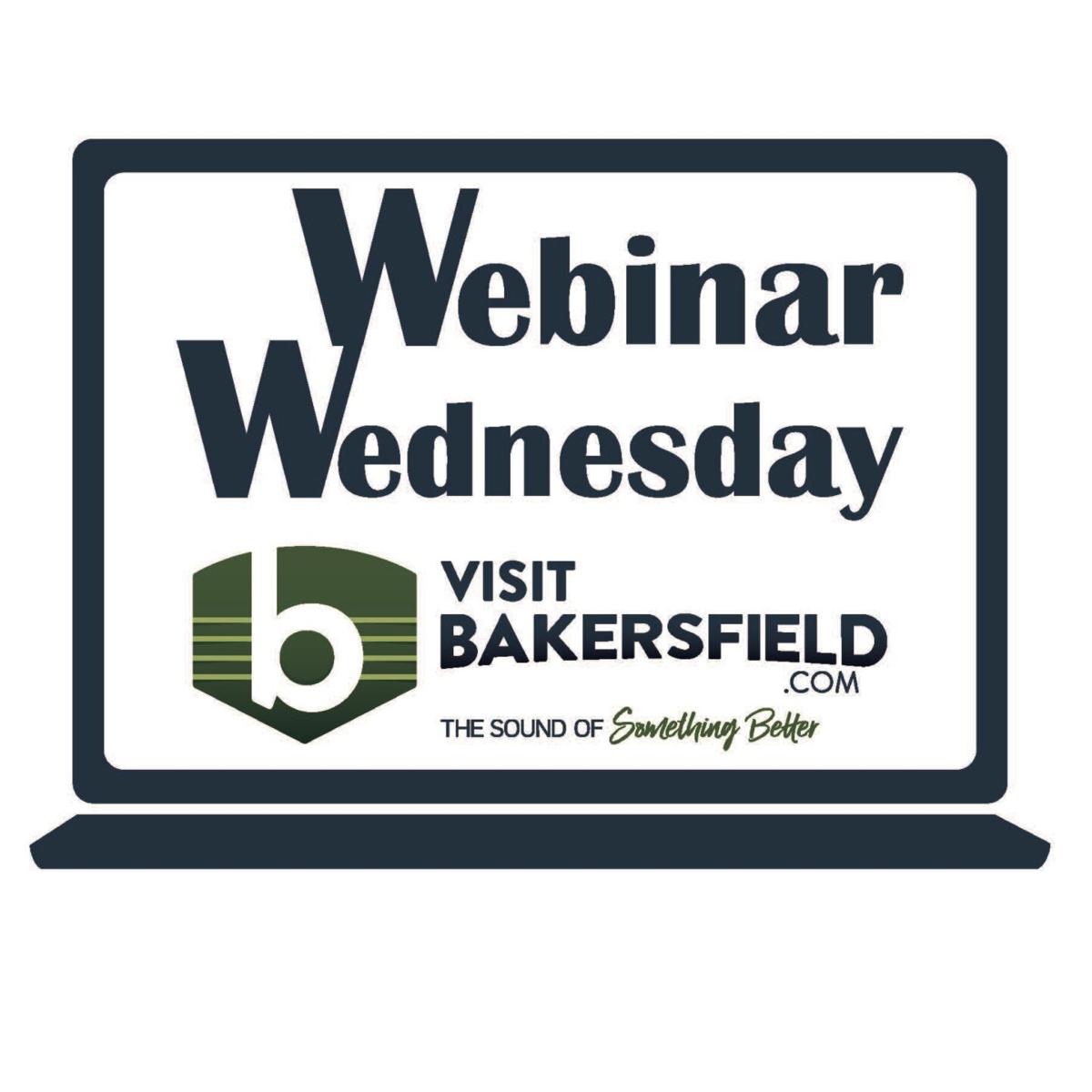 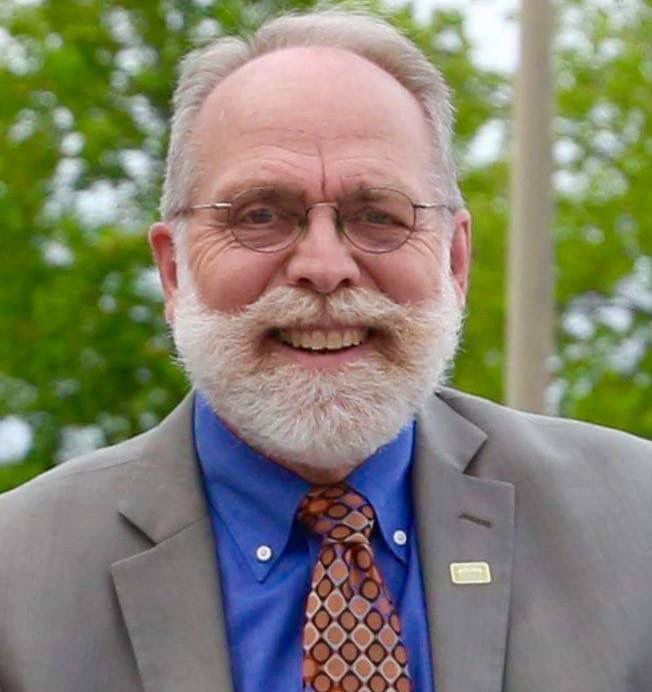 Visit Bakersfield is the presenting sponsor for Live Stream Vaccine: The Entertainment Cure, a series of live concerts streamed from the Historic Fox Theater through November.

The pandemic continues to severely impact local travel and tourism, forcing travel partners like hotels and museums, and destination marketing organizations such as Visit Bakersfield, to quickly pivot into uncharted territory.

While it is not like the management concept of “throwing spaghetti at the wall to see what sticks,” these times do not lend themselves to deep analysis of possible alternatives. Travel spending is down, hotel revenue is down and the livelihoods of those who rely upon visitors are threatened. Here is a look at the local travel and tourism sector over the past few months, and some creative efforts underway to increase spending and salute those who welcome visitors to our city.

And Bakersfield’s performance was far better than either the state or national rates. While the local hotel occupancy rate for the week ending Aug. 29 was down 3.8 percent year-over-year (YOY), California overall was down 26.4 percent and the national occupancy rate was down 27.7 percent for that same week.

The Bakersfield-area market again outperformed both the state and the nation, this time when it came to the rates hotels charged. Looking at the four weeks in August and comparing them to the same weeks in 2019, Bakersfield ADR continued to inch closer to last year’s levels. For the week ending Aug. 29, Bakersfield ADR was actually 1.5 percent higher YOY. Nationally, ADR was down 23.2 percent and statewide figures were off 29 percent YOY.

These two metrics — occupancy rate and ADR — are not only important to hotels, but they serve as a window to trends for both local government and organizations like Visit Bakersfield. For example, the city of Bakersfield assesses a 12 percent “bed tax” on each room night sold within the city limits. That bed tax revenue is a function of both the number of room nights sold and the rate that hotels sell those room nights. When the number of room nights sold swings up or down significantly, or when the rate charged for those rooms changes dramatically, the city’s bed tax estimates can be affected.

Last year, the city’s Finance Department estimated that bed tax revenue would total $9.9 million between July 1, 2019 and June 30, 2020. However, once the pandemic hit and hotel occupancy figures plummeted by more than 50 percent, those figures were revised downward to $7.8 million. For the current fiscal year, city Finance is again projecting $7.8 million in bed tax revenue through June 30, 2021. Between both years, that means a hole of more than $4 million in the city’s budget due to fewer hotel rooms being sold, and sold at lower rates. That, in turn, translates into fewer, deferred or delayed city services and projects.

But these data also show that even though everyone is under water right now, the Bakersfield hotel market is performing far better than either California or the nation.

With many visitor centers, including Visit Bakersfield, temporarily closed, the challenge has been how to share current information with visitors and local residents alike. Visit Bakersfield launched its Webinar Wednesday series in July with the goal of publicizing current safety and operating guidelines at local museums. Deemed a “virtual Museum Trail,” the first webinar featured a panel of representatives from four local museums outlining their online and virtual offerings.

With group events at a standstill, Visit Bakersfield stepped up to become the presenting sponsor for Live Stream Vaccine: The Entertainment Cure, a weekly series of live music concerts performed at the Historic Fox Theater. Each Friday, local performers provide a live concert from The Fox, available for viewing live on a variety of platforms. Not only does this series provide live music entertainment by local performers, it helps support a historic and well-loved performance venue. The concerts have proven to be popular: according to data from The Fox from the Sept. 11 concert, there were 66,000 interactions from viewers during the evening’s first performance. Those interactions involved likes, shares, comments, posts, etc. Concerts are held 7 p.m. every Friday through Nov. 27. Details can be found on Facebook from either Visit Bakersfield, the Historic Fox Theater or 23ABC.

In September, Visit Bakersfield launched its Hotel Heroes campaign. This recognition effort salutes Bakersfield’s hotel employees for their dedication, commitment and hospitality during the past few months. Those employees have been on the front lines to welcome visitors to our city, and Visit Bakersfield wanted to recognize those efforts. Each participating hotel received a counter sign to be prominently placed for employees and visitors to see, and some hotels even displayed the information on their lobby screens.

David Lyman, PhD, is manager of Visit Bakersfield. He and his crew help visitors from throughout the world spend their money and find The Sound of Something Better in California’s ninth largest city. They are available toll-free (866) 425-7353 or at Info@VisitBakersfield.com.