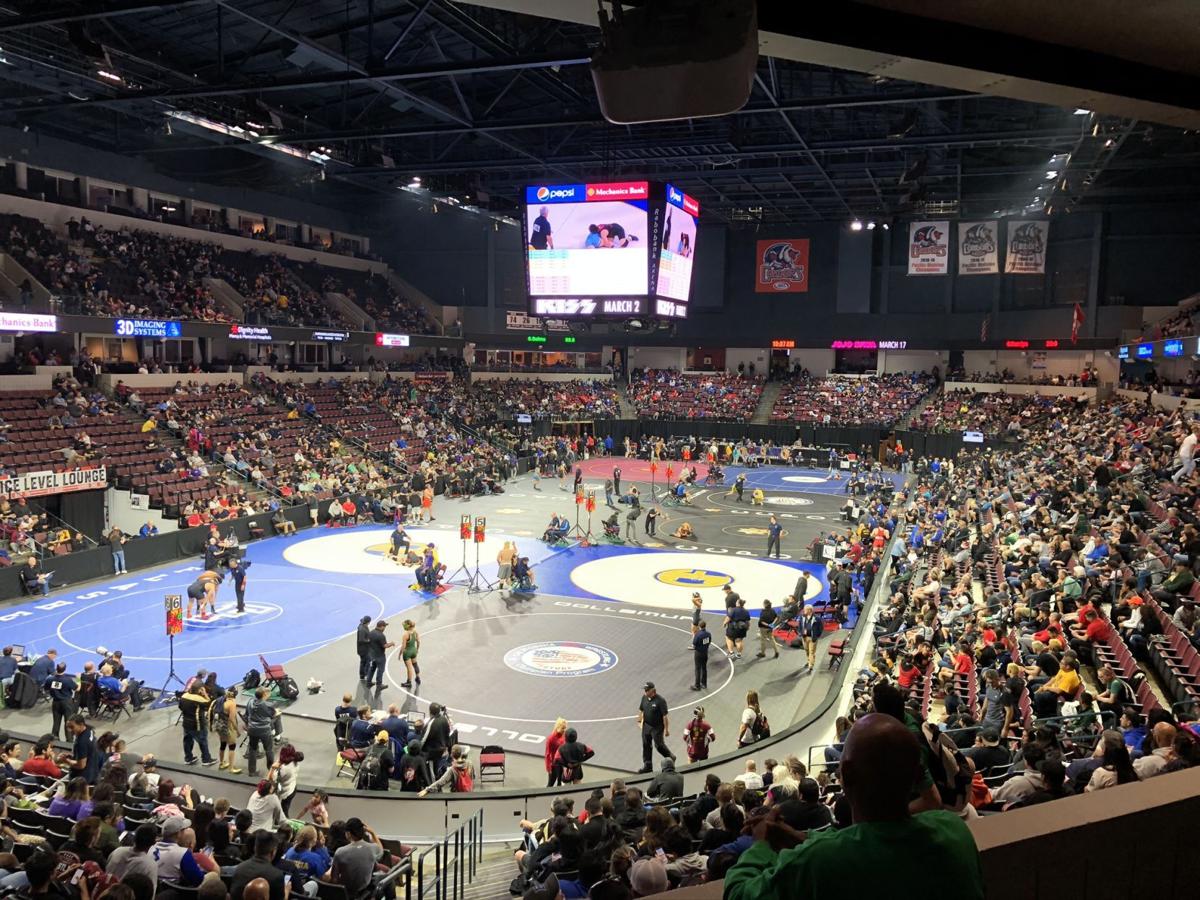 The CIF Boy's and Girls' High School Wrestling Championships at Mechanics Bank Arena during the last weekend of February helped boost Bakersfield's hotel occupancy rate about 21% higher than the same weekend in 2019. But two weeks later when the health crisis began, occupancy rates plunged about 42% below the previous year's level.

The CIF Boy's and Girls' High School Wrestling Championships at Mechanics Bank Arena during the last weekend of February helped boost Bakersfield's hotel occupancy rate about 21% higher than the same weekend in 2019. But two weeks later when the health crisis began, occupancy rates plunged about 42% below the previous year's level.

Hard hit by the coronavirus crisis is the travel and tourism industry. Fewer individuals are traveling and groups are not meeting, so the hospitality industry is reeling.

“The data is telling us that travel and tourism has been more severely damaged than any other U.S. industry by the economic fallout of the health crisis,” said USTA Executive Vice President for Public Affairs and Policy Tori Emerson Barnes.

That fallout can be seen in every part of the country and Bakersfield is no exception. While local hotel occupancy rates are creeping back up, they have been running significantly behind last year’s numbers since the first week of March. And the drop was sudden.

The last week of February ended with another successful CIF Boys’ and Girls’ High School Wrestling Championships at Mechanics Bank Arena. This annual event brings wrestlers and their families to Bakersfield from throughout California, and that three-day event spurred an increase in local hotel occupancy of about 21% compared with the same weekend in 2019.

But just two weeks later, the gathering storm of the health crisis saw local hotel occupancy levels plunge about 42% over the previous year’s levels. And it only got worse. It would not be for almost another month that the slide in occupancy rates would bottom out at a rate about 55% below last year’s level. After that, a slow and unsteady climb would begin.

By mid-June, more people began to again stay in local hotel rooms. That negative gap in year-over-year local hotel occupancy levels had been cut almost in half to minus 28% for the week ending June 20. For comparison, year-over-year occupancy rates statewide for that same week were minus 45%, with the year-over-year gap nationally about minus 30%.

Hotel spending not only keeps people employed, it generates significant amounts of revenue for local governments through hotel taxes, officially called the Transient Occupancy Tax, or TOT. For the city of Bakersfield, the TOT rate is 12%. With the plunge in hotel occupancy over the past few months, the city’s Finance Department revised its revenue projections downward for the fiscal year ending June 30, from $9.9 million to $7.8 million. That is more than $2 million less available for various city projects and services.

After all of the recent uncertainty, people have asked me what I see happening in the tourism industry in next few months. My standard reply: I am a trained social scientist. I look at data and I try to figure out what they mean. I don’t do predictions. (If I did predictions, I would have been better prepared for these past few months.)

But I can share what others think is going to happen. And that is that the drive market will come back first. It will be the return of “The Great American Road Trip.” People will be more willing to get in their cars to go somewhere than get on an airplane. They will want to stay relatively close to home, at least at first, and they will want to feel safe. But they will only go somewhere if there is something to see when they get there.

Many travelers who stay in Bakersfield hotels are on their way to someplace else. We need to have those someplace elses — such as nearby national parks — open. And not just open, but open and safe.

David Lyman, PhD is manager of Visit Bakersfield. He and his staff help visitors from throughout the world spend their money and find The Sound of Something better in California’s ninth largest city. They are available toll-free 866-425-7353 or at Info@VisitBakersfield.com.