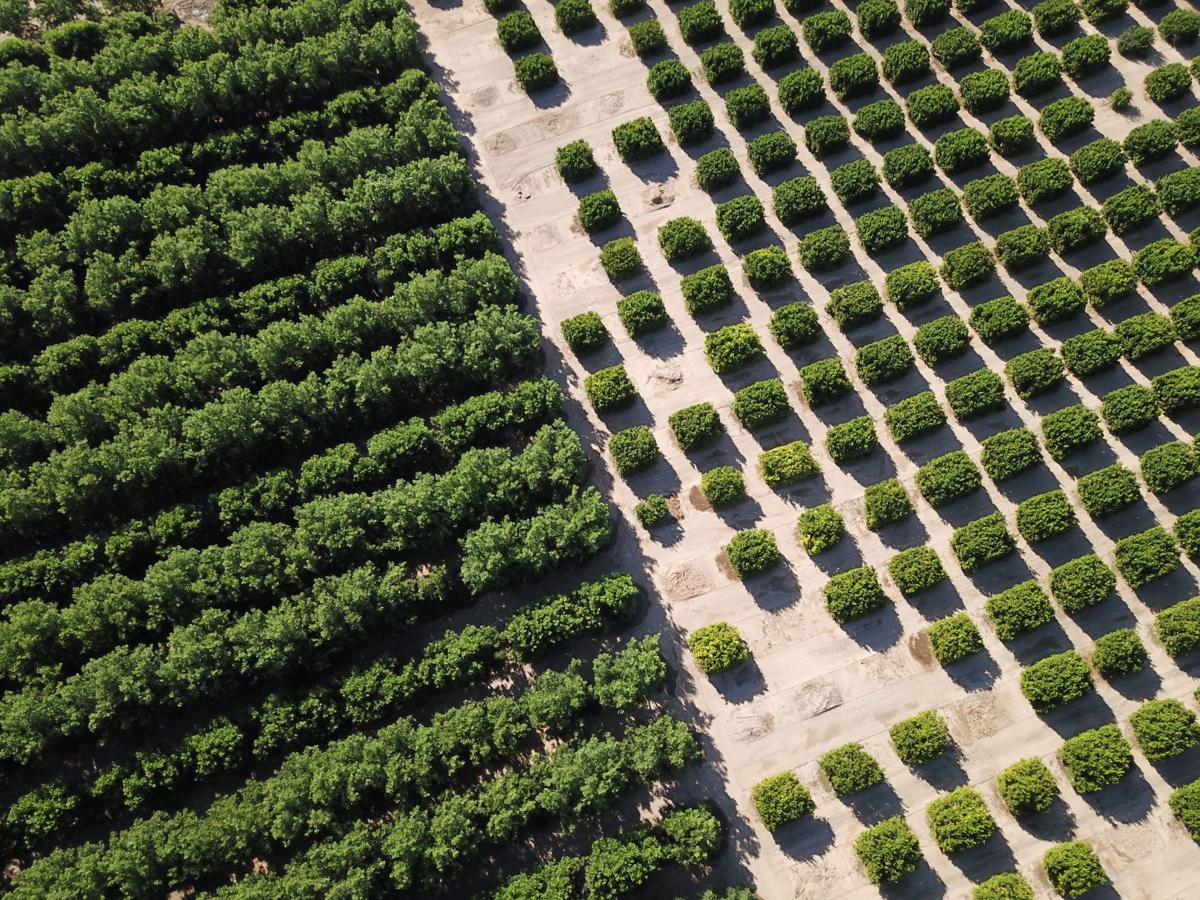 A Ceres imaging aircraft flies over a grove during a routine monitoring flight to evaluate water usage and the health of trees. 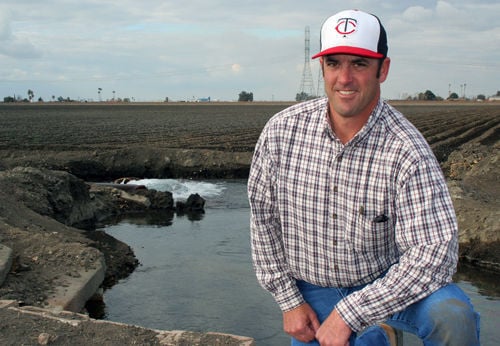 Joel Ackerknecht manages 3,500 acres of farmland for DM Camp and Sons in Kern County. Ackernecht has turned to aerial monitoring to help reduce and improve water use.

A Ceres imaging aircraft flies over a grove during a routine monitoring flight to evaluate water usage and the health of trees.

Joel Ackerknecht manages 3,500 acres of farmland for DM Camp and Sons in Kern County. Ackernecht has turned to aerial monitoring to help reduce and improve water use.

Joel Ackerknecht manages about 3,500 acres of land north and west of Bakersfield and south of Arvin for DM Camp and Sons, a more than 80-year-old Kern County farming operation that grows a variety of specialty crops, including wine grapes, nuts and sweet potatoes.

Ackerknecht turned his attention to the sky for help.

Like many valley farmers, Ackerknecht relies on aerial monitoring of his acreage and sophisticated computer systems to do the job that old-time farmers used to do by painstakingly walking the rows of their crops, vineyards and groves to spot problems.

“Farming is a pretty technological industry today,” Ackerknecht said during a recent interview with the Kern Business Journal. “It is critically important for farmers to control water use and to be more efficient. It is critical to have accurate information to do that.”

Ackerknecht and DM Camp and Sons rely on Ceres Imaging, an Oakland-based startup company, to be their eyes in the sky.

Ceres is one of several high-tech aerial monitoring companies helping California farmers, including those in Kern County, increase their production, while decreasing their demand for water. It is a logical marriage between agriculture and innovators in California’s Silicon Valley.

California produces about one-fourth of the country’s food on just 1% of the nation’s land. Central Valley farmers rely on a system of dams, rivers, canals and runoff from snowmelt, plus groundwater pumping to produce the crops that feed an increasing world population. A recent United Nation’s report estimated that the world’s growers will have to produce 70% more food using just 5% more land to meet the increasing population demand by 2050.

Struggling through years of drought, California’s groundwater levels have continued to drop. In 2014, the state Legislature addressed this looming water crisis by passing the Sustainable Groundwater Management Act, which sets pumping limits on farmers and deadlines for developing water use plans.

“We have had to tighten up water use,” said Jack Reed, a veteran manager of about 1,800 acres of citrus, mainly along General Beale Road, between Highways 58 and 223, northeast of Bakersfield. Reed, who also is a Ceres customer, has found aerial monitoring to be “a real time saver. It has paid for itself.”

“In the past, we have used moisture sensors. But with a citrus grove, you can’t see beyond the first few rows of trees,” Reed said, explaining that unless a farmer walks every row, he will not be able to spot irrigation problems.

“You can’t detect potential problems with monitors that are limited in scope,” he said. “Once you see a problem — when stress or damage is visible — you are dead. It’s too late.”

Ackerknecht said his boss at DM Camp & Sons saw a demonstration of Ceres’ Imaging systems at a conference in 2014. Initially, Ceres was hired to make a few flights over the company’s Kern County farmland to spot irrigation problems. But the information produced was so accurate and cost-saving that Ceres was hired for more flights to produce a wider-range of information.

Ceres loads about 10 pounds of sensors into small airplanes that fly over area farmland to produce high-resolution aerial images that are used to evaluate water use and plant health. The images are so specific that they can indicate when pests or diseases are emerging, as well as gauge the nitrogen levels in plants and whether crops are being watered too much or too little.

Aerial data and images help farmers “learn things weeks before they would discover it with the naked eye,” said company founder Ashwin Madgavkar, a Texas engineer who developed the process while earning a master’s degree at Stanford University.

“We’re growing quickly, and I believe much of our success is due to our focus on helping growers solve meaningful problems at the farm level. We’re not just selling images. We’re selling decision making with confidence,” said Madgavkar in a company news release.

Madgavkar told The New York Times recently that about 30% of the specialty crop acres in California — with products such as nuts, grapes, broccoli, artichokes and cucumbers — are being imaged aerially. He estimated half of that work is being done by Ceres. An increasing number of startup companies are competing for the business.

“It takes time. Farmers are reluctant to try an unproven product,” John Bourne, Ceres marketing vice president, told the Kern Business Journal. “But we have proven ourselves. Ceres takes care of the monitoring so that growers don’t have to do it.”

A typical first-year aerial monitoring customer is a farmer interested in having four to eight flights a year to reduce and improve water use in his fields, said Bourne.

“By the second and third year, often they will have found the service is so useful that they will transition to weekly flights and they add the monitoring of nutrients and other concerns,” said Bourne, who noted agriculture’s quick adoption of AI-powered technology dispels the myth of the slow-to-adopt farmer.

“The impact is on the bottom line,” said Bourne. “The information produced becomes a critical management tool. That’s why this is a no-brainer.”