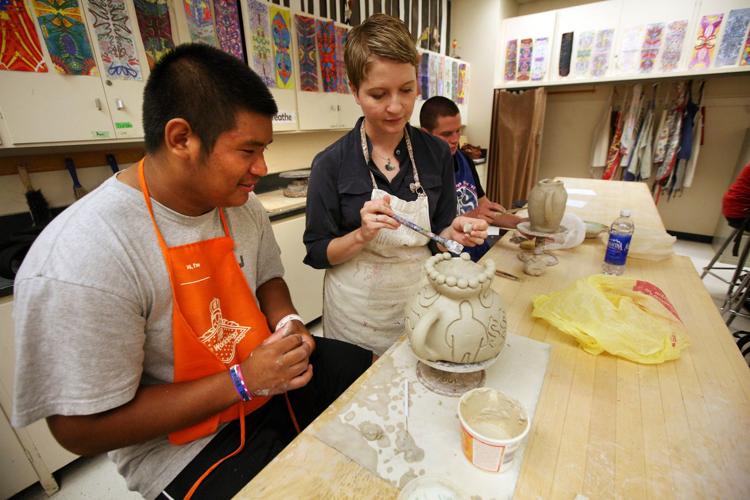 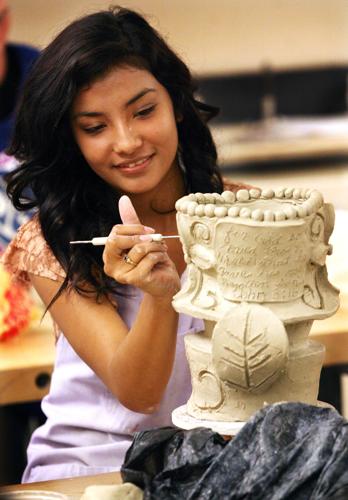 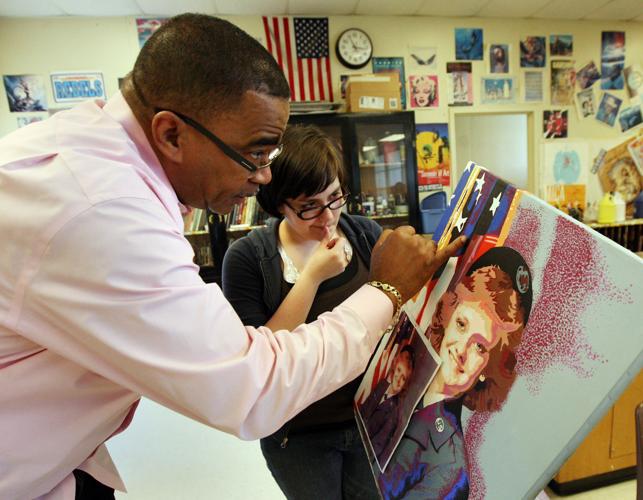 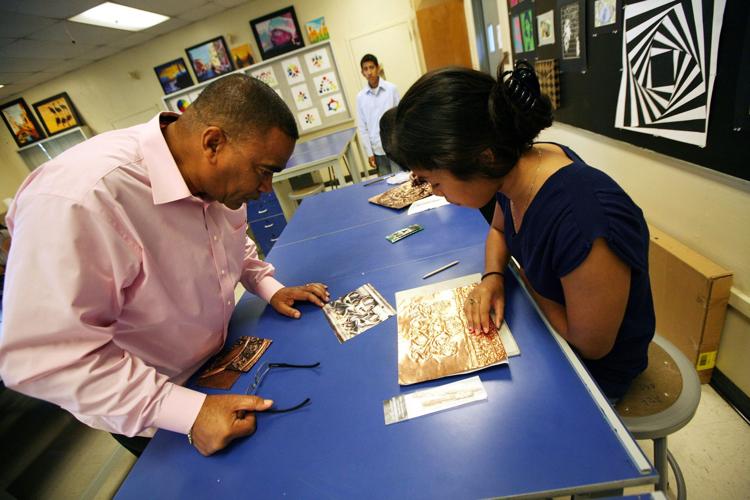 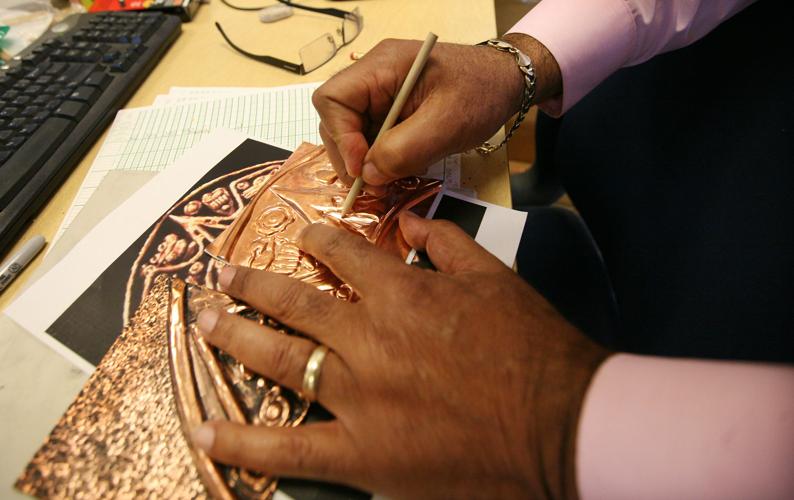 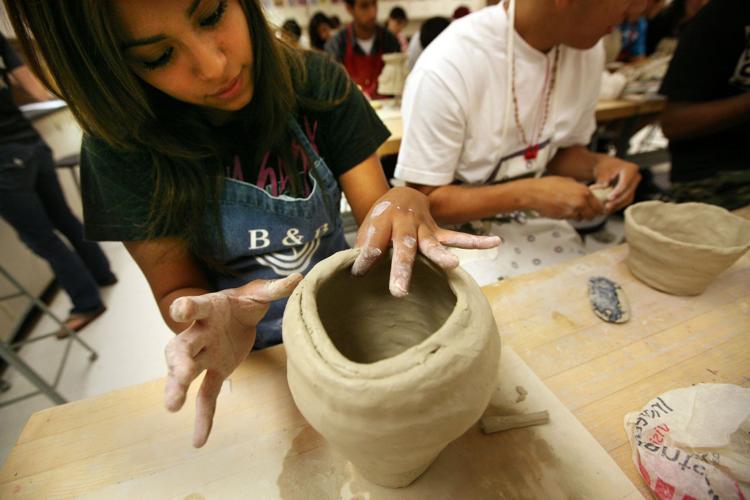 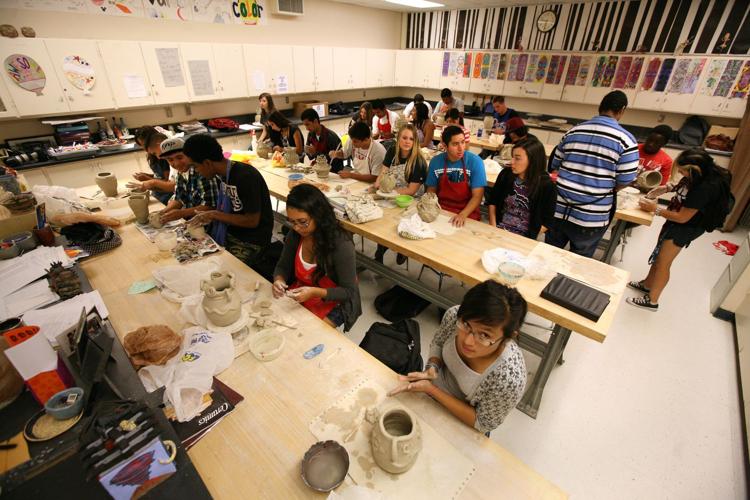 Bakersfield will play host to art teachers from across the state early next month at a convention titled "Preserving the Arts Through Creativity and Advocacy." And considering what's been going on in local visual arts classrooms lately, it's no wonder.

"Things are better now that they have ever been," said art teacher Hank Washington, who has been teaching at South High School for 38 years.

"The last 10 years or so it's gotten a lot better in terms of what we do with the arts," Washington said.

Conference chairwoman Yvonne Cavanagh, who teaches art at Bakersfield High School, said local conference organizers are touting the designation of parts of the downtown area as an "arts district," plus the opening of the Mill Creek development, museums such as the Bakersfield Museum of Art, Metro Galleries and public art displays of murals and sculptures. It's a way of showing what "advocacy" for the arts can look like.

"Advocacy is promoting (art) outside of the classroom," Cavanagh said.

Cavanaugh mentioned recent events such as Via Arte, sponsored by the Arts Council of Kern, plus student art exhibits and other events that are open to the public.

"I feel like because we're getting out there, we're advocating for it," Cavanagh said.

The four-day conference, which begins Nov. 3, offers dozens of workshops in various types of visual art, including sculpting, drawing, painting, craft arts and digital, along with teaching methods and related topics.

Three prominent artists will serve as keynote speakers at various times during the conference: Bakersfield native and animator Jasen Strong; painter Dick Termes, known for his "Termespheres"-painted globes; and ceramist David Furman, a professor emeritus at two of the Claremont colleges.

A 2007 statewide study conducted by SRI International of Menlo Park concluded that school-based arts programs in all disciplines -- visual arts, music, theater and dance -- were in jeopardy, as most schools were not meeting standards in at least one of those disciplines. The study, titled "An Unfinished Canvas," notes that music and dance appear to be the worst off, but all disciplines have challenges, starting in the elementary grades where teachers with specialized training in the arts are lacking.

Funding and facilities are also a big problem for many schools, and programs are competing with -- and losing to -- core curriculum requirements. The study concluded at 89 percent of California's elementary schools were deficient in meeting standards in at least one discipline; 72 percent for high schools.

Washington cites "tremendous support" from South's administrators, especially in finding money for new equipment, entry fees for student art shows and other needs. Washington said he remembers when "support" meant a slap on the back and no money.

It is true, however, that visual arts programs such as digital arts and the crafts, which include using various shop tools, even kilns and welding equipment, have the advantage of linking directly with career and technical education programs.

BHS student Madeline Ming, 17, has found her own career path through art. A senior in Cavanagh's advanced ceramics class, Ming said she originally took an art class just to fulfill her graduation requirements.

"Then I got really inspired by it and other people's work," Ming said.

Ming said she regularly attends art shows, animation productions and other events, and would like to exhibit her own work some day.

"I really want to be a teacher," Ming said. "Hopefully in ceramics."

Ignacio Pina, 17, is going to major in business in college, but feels his time in art class has helped him.

"You get to express yourself, not just as a person, but in what you see around you," Pina said. "You get to put something of yourself in it.

"It's not the big things that impress people," Pina said. "It's often the little things that they don't see right away but look at later."

"(Studying art) rounds students," Washington said. "It helps students realize they can be successful in the other areas."

"Sometimes it just takes a small success for students to feel they are capable," Washington said. "That begins to spill over into other areas."

What: Workshops, seminars and tours of the downtown arts district

Where: Bakersfield Marriott at the Convention Center, 801 Truxtun Ave.

To register: www.caea-arteducation.org; the conference is open to the public