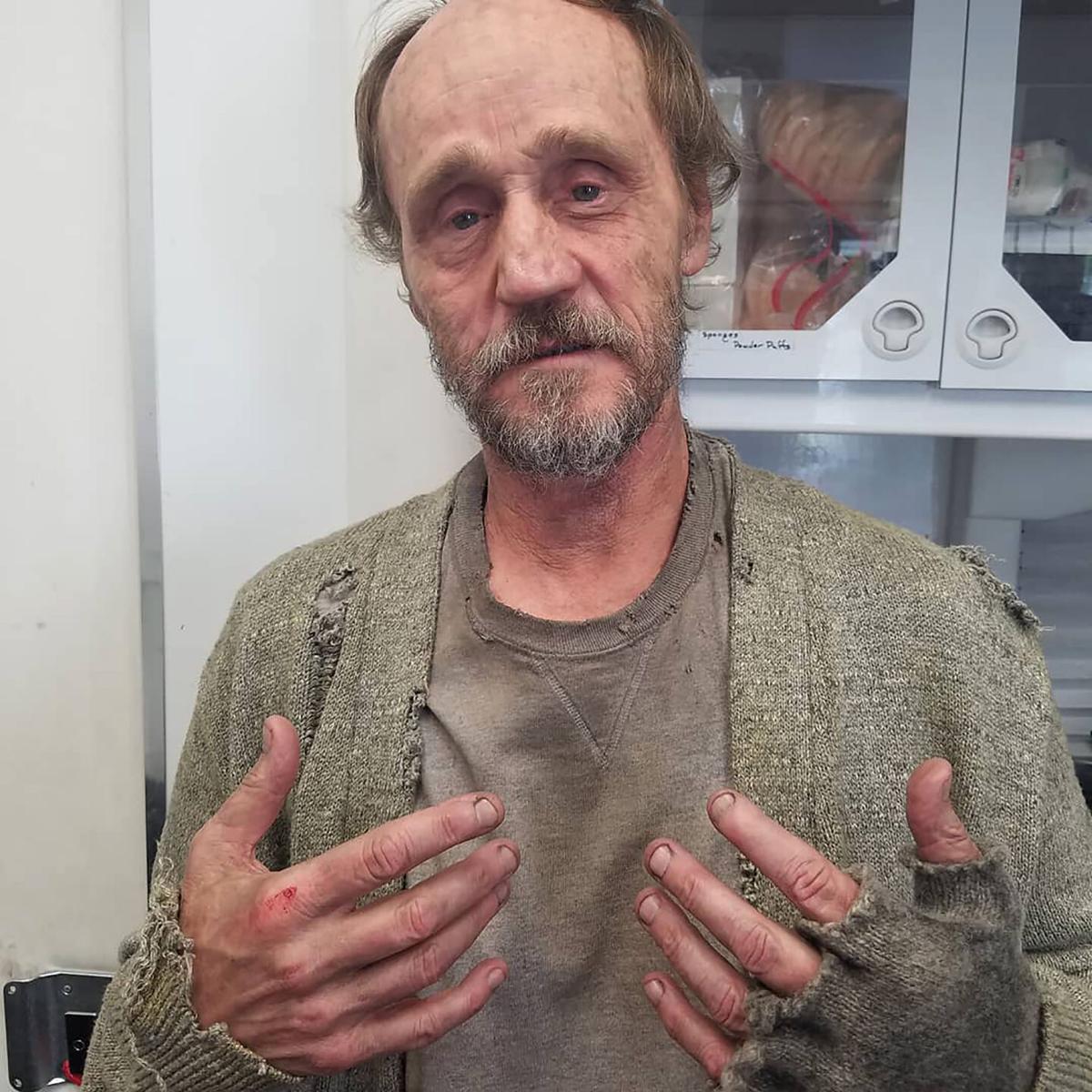 Local actor Bob Golub poses in costume during the shooting of the upcoming movie "The Little Things," which opens later this month. 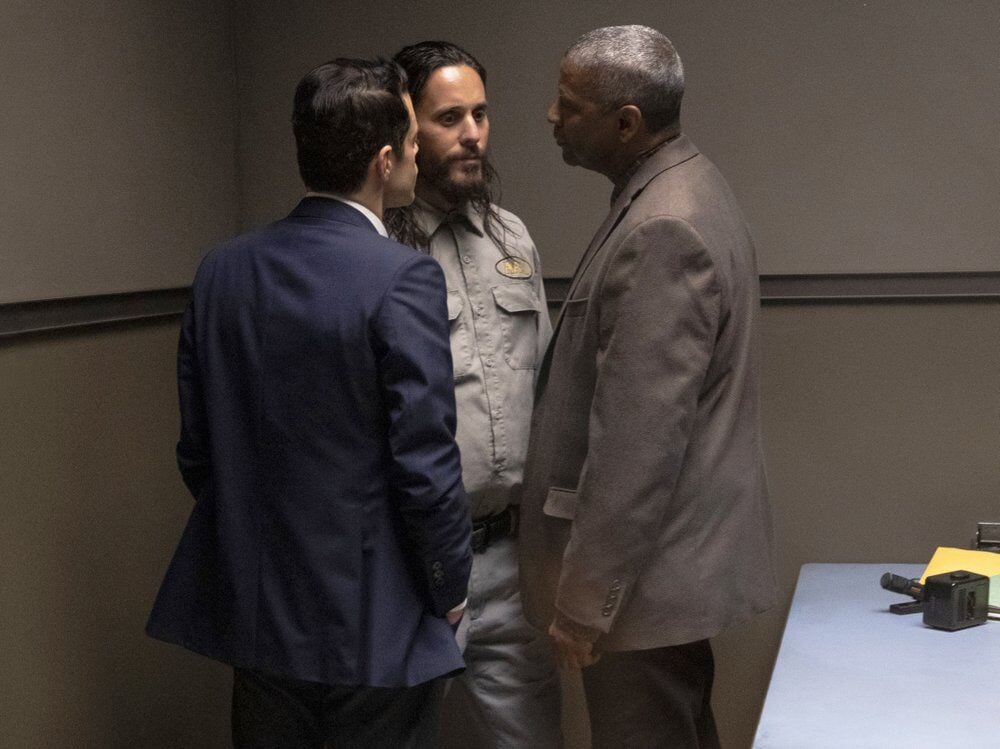 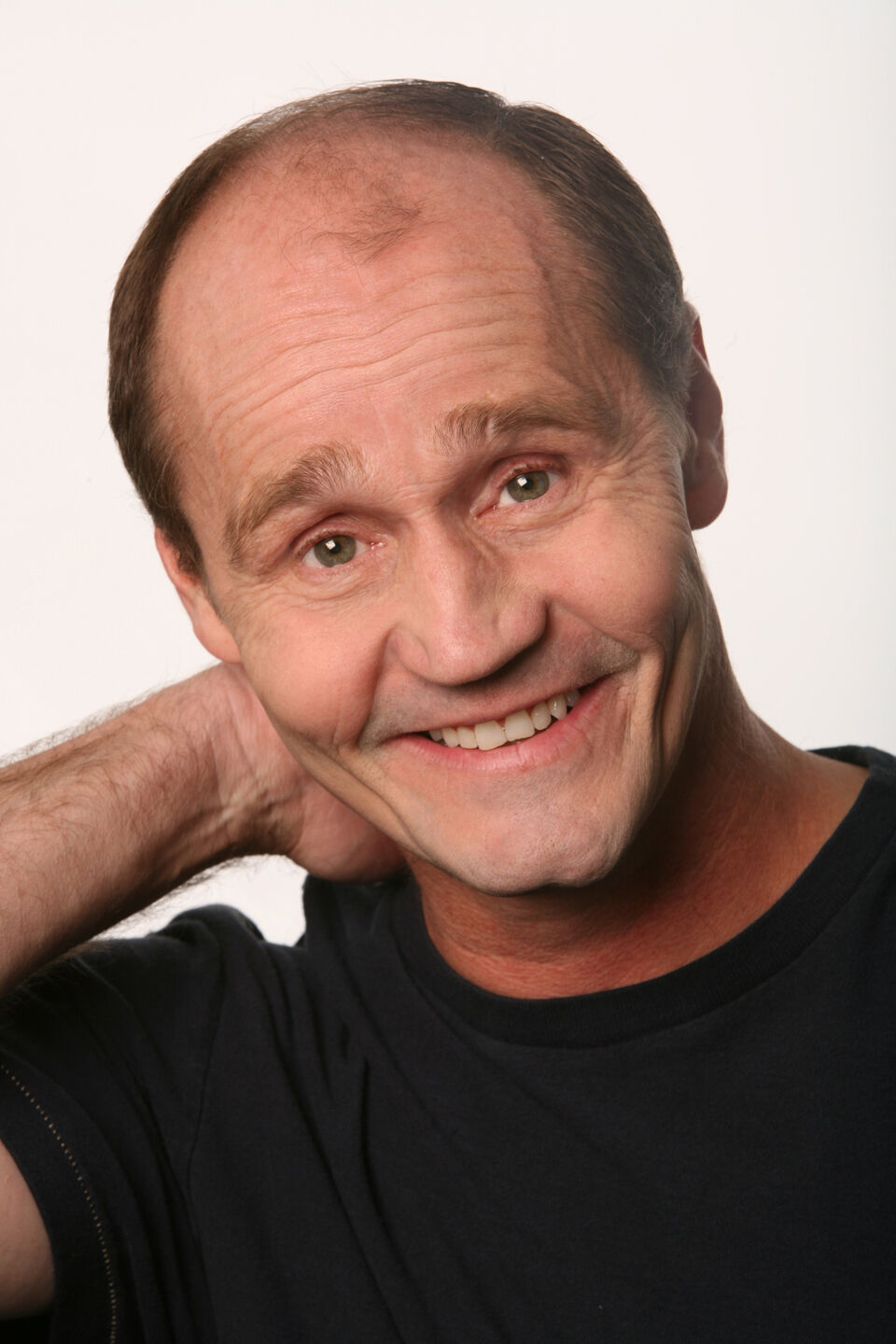 With four decades in the entertainment business, Bob Golub can next be seen in the film "The Little Things." The movie, starring Denzel Washington, will be released Friday. 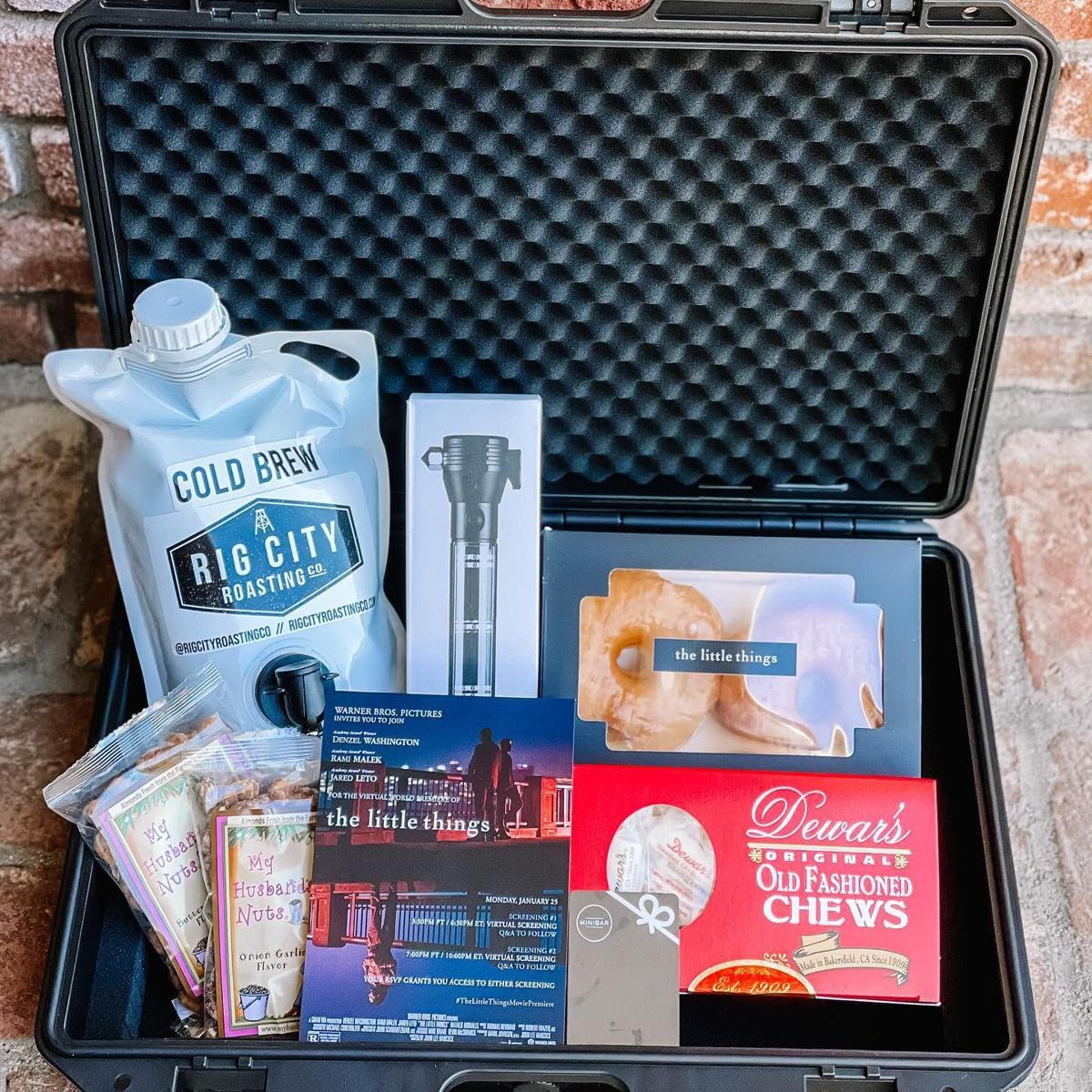 Some people invited to the virtual world premiere of "The Little Things" on Monday received a case of promotional items including items from Bakersfield businesses My Husband's Nuts, Dewar's and Rig City Roasting Co.

Local actor Bob Golub poses in costume during the shooting of the upcoming movie "The Little Things," which opens later this month.

With four decades in the entertainment business, Bob Golub can next be seen in the film "The Little Things." The movie, starring Denzel Washington, will be released Friday.

Some people invited to the virtual world premiere of "The Little Things" on Monday received a case of promotional items including items from Bakersfield businesses My Husband's Nuts, Dewar's and Rig City Roasting Co.

In the new thriller "The Little Things," Denzel Washington, playing a Kern County deputy sheriff, says, "It's the little things that get you caught." Whereas that's a warning to a serial killer on the loose, those words are sage advice for a local actor in a small role.

Pine Mountain Club resident Bob Golub plays a homeless man in the film out Friday, which stars Washington as a former hotshot L.A. investigator who gets drawn back to the city for the manhunt of a killer targeting young women. The cast also includes Oscar winners Rami Malek as a L.A. detective and Jared Leto as a man suspected in the killings.

Golub, who hails from the Shenango Valley in western Pennsylvania, credits his blue-collar roots and resume with helping him land his latest role.

Splitting his time between his cabin in Pine Mountain Club and Los Angeles, he was working a roofing job when his agent called about an audition.

When he told him he was in L.A. doing some roofing work, his agent asked if he could be at an audition in two hours. That's a quick turnaround since the call for auditions is usually a day or two later (or a week even for movies).

"I went in and had tar all over, my clothes were filthy. The casting director said, ‘Wow, you really go for it.’”

He definitely looked the part: While waiting outside before the audition, a guy walking by gave him a dollar, mistaking Golub for someone down on his luck.

Luck was certainly on the actor's side, first being cast in the small part, then being paid for seven weeks while he waited for his call to film. That time allowed him to grow out his hair and stubble to really look the part. Going into the makeup chair, they only needed to take the shine off his face and get him in costume.

In the film, Golub's character is ahead of Washington in line at a convenience store.

"Denzel is behind me and I'm ordering a hot dog. The director (John Lee Hancock) said, 'Count the change slower.'"

"I'm this bum ordering a hot dog and counting my change real slow. I feel Denzel poking me in the back ... They were messing with him too."

It being the second-to-the-last shot, Golub said it was clear the producers were pushing Washington for a frustrated reaction that would come through in the character.

Despite the tension of the scene, Golub said the Oscar-winning actor "was very kind, very sweet" and that their interaction was very professional, courteous.

Golub, who got his start in the 1990 film "Goodfellas" (as the truck driver who leaves his rig unattended for Joe Pesci and Ray Liotta to steal), said he is looking forward to seeing his part in the film, which will be released in theaters and HBO Max.

With comedy shows in the works and a planned sequel to "Die Laughing No. 1," the film he wrote and starred in, Golub is also enjoying his time in Kern County, where he notes the gas is cheaper.

"I'm the toughest guy in Pine Mountain Club. Me and my friends, we put the roof on this house. I dug the holes for the gate. I love the area, I love the people. It's a good mixture getting out of the city."

And inclement weather won't scare him off.

"I grew up in western Pennsylvania so I love being snowed in. To get snowed in and have a fireplace, a Lab in my lap. I got two Lab pups; up here, they just love it."

"The Little Things" will be available to stream on HBO Max for 31 days starting Friday.

Speaking of local connections, a box packed with local goodies went out as a promotional gift for those with access to an early screening of "The Little Things." My Husband's Nuts, which was one of the local businesses highlighted in the promo package shared details about its contents.

Along with two bags of nuts from the almond business, the vault case also included a pound of Dewar's Chews and Minibar Delivery gift card (to get adult beverages delivered for the screening).

There was also a solar-powered multifunction LED flashlight in case viewers planned to do any investigations of their own, like who polished off the nuts and chews before the screening.

And, in a nod to the law enforcement officers in the film, the package also included a pouch of Rig City Roasting cold brew and two glazed doughnuts, which did not seem to have any business branding, local or otherwise. (We would have recommended Smith's or Sugar Twist Bakery.)