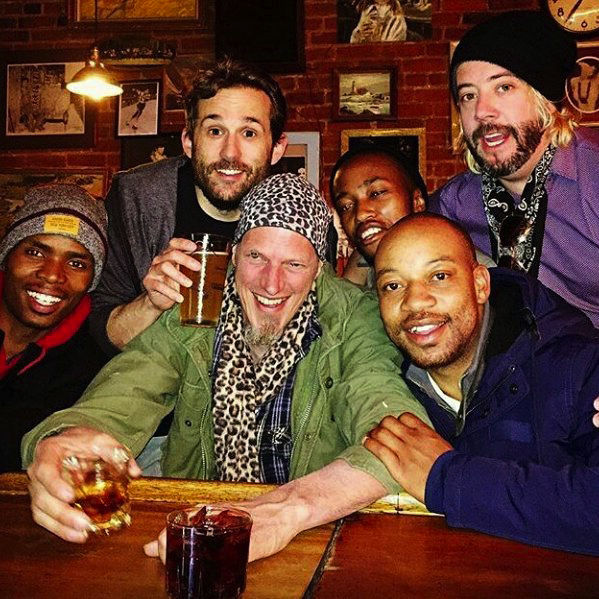 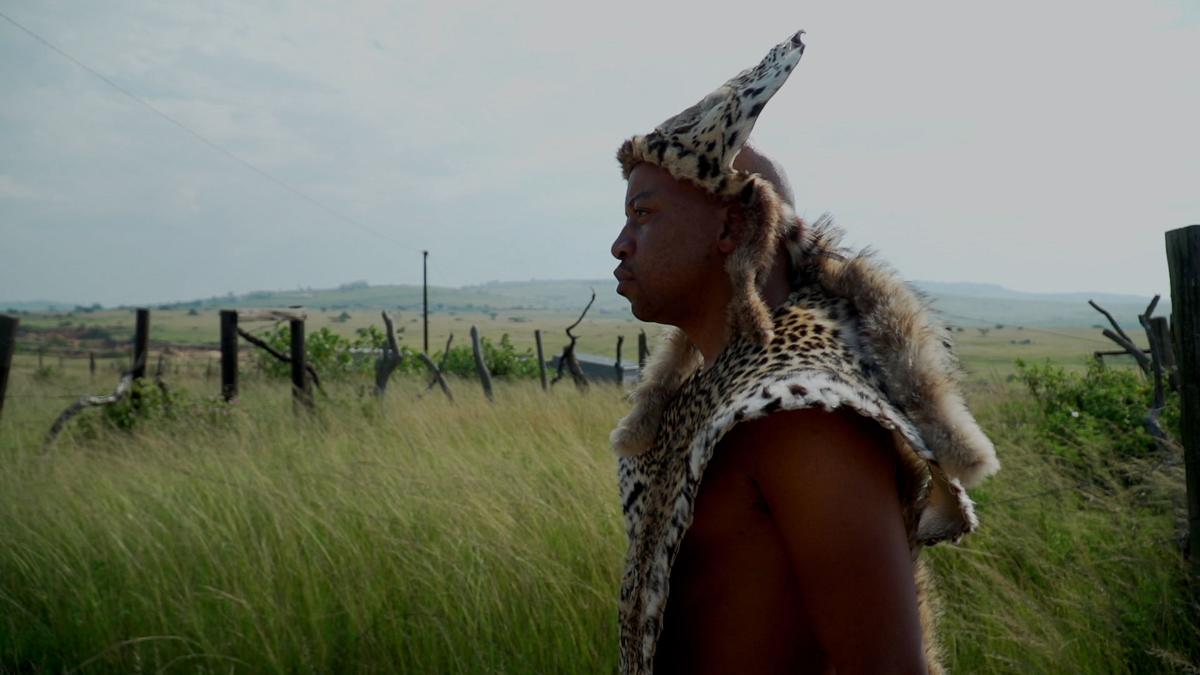 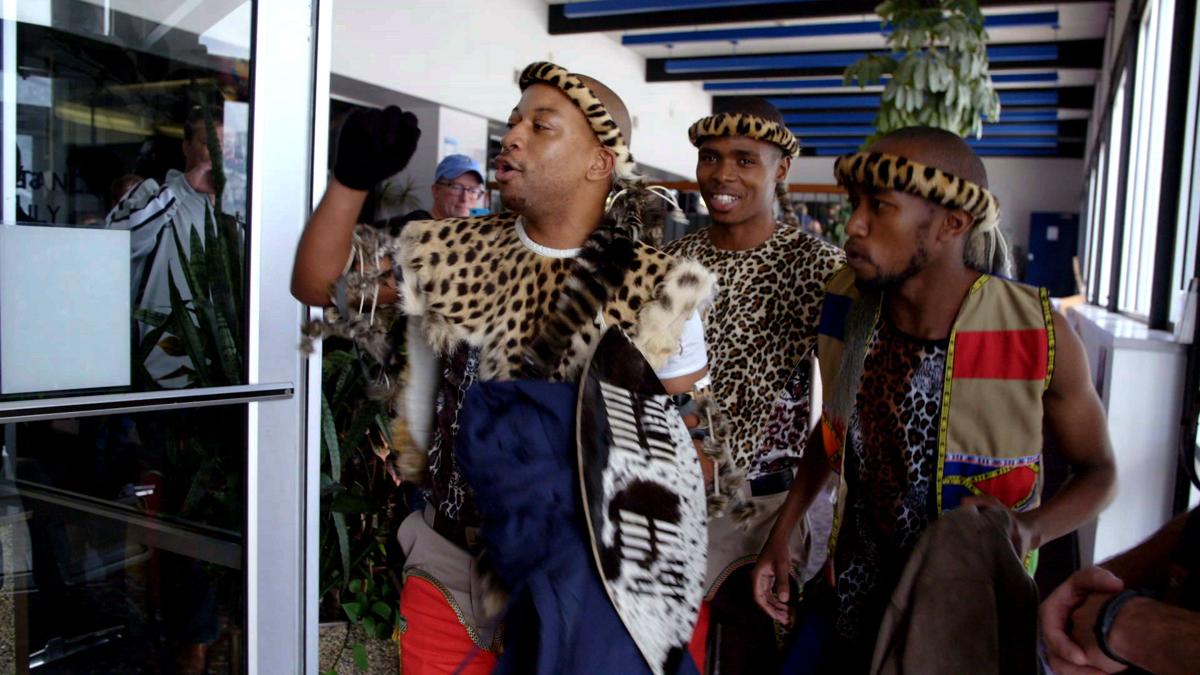 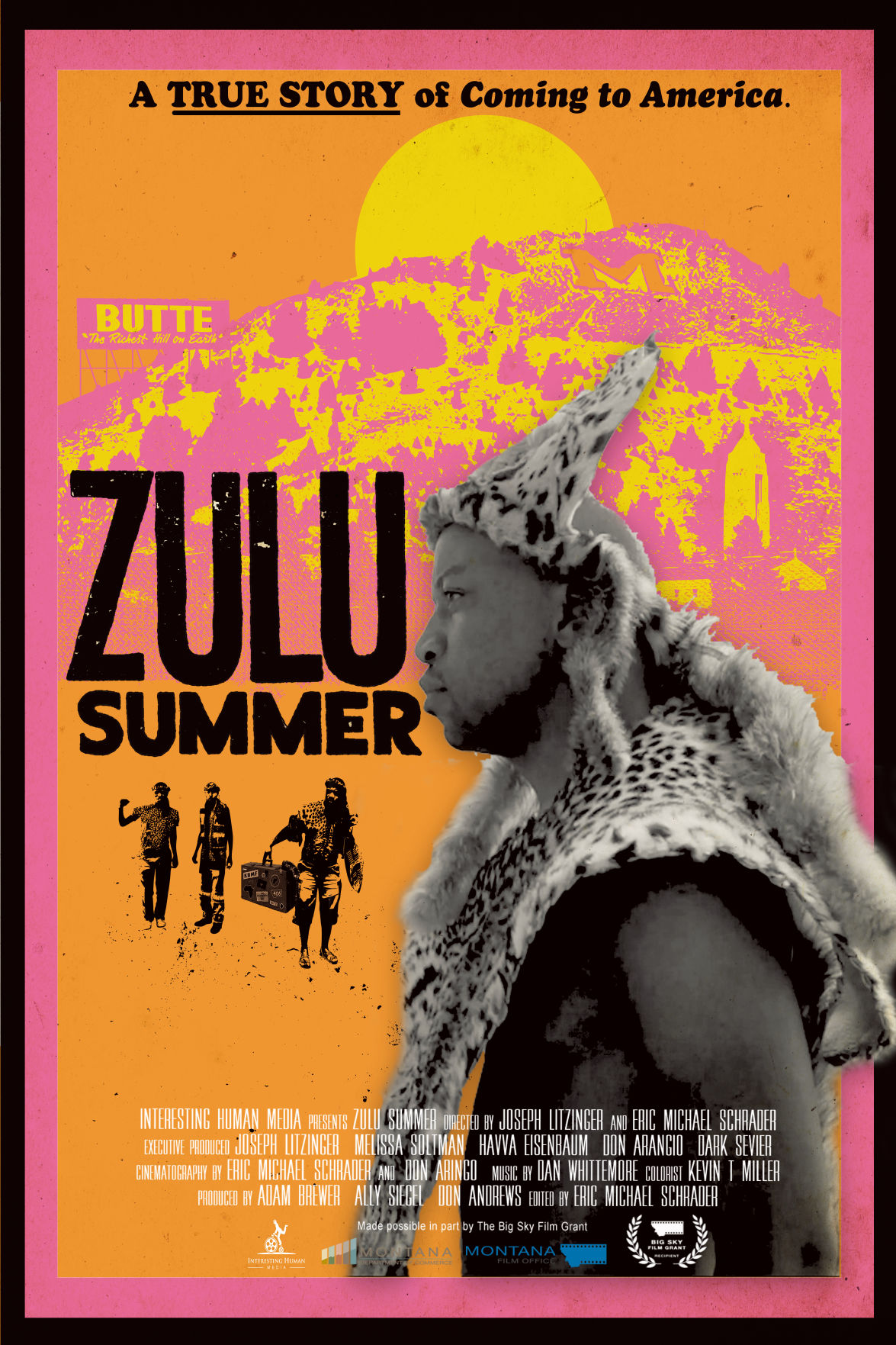 Documentarians, like all screenwriters, generally embark on their project's filming with very specific game plans: They assemble their story shot by shot with a clear understanding, in most cases, of how it will unfold and how it will conclude. "Zulu Summer" has almost none of those elements, and the result is a different, wholly unfamiliar tension.

Co-directors Joseph Litzinger and Eric Michael Schrader were in "let's see how this plays out" mode every bit as much as the wary but intrigued town folk of Butte, Mont., who welcomed the mysterious Zulu prince for whom the film is named.

Litzinger, who will be presenting the film in person, along with Schrader, at the Fox Theater on Friday, had no idea what to expect when Prince Siboniso Zulu and companions Nkokhelo Nhlaka Msomi and Mokai Schux Malope emerged from the tarmac of Butte's modest airport. They knew only that the South African prince had contacted Butte's tiny, noncommercial KBMF and that DJ Dark Sevier, intrigued, had responded, eventually leading to an invitation. The prince and his small posse would be exchange students, of a sort, for the summer.

Litzinger and Schrader work for the BBC Worldwide-National Geographic reality/documentary series "Life Below Zero," filmed in Alaska — Litzinger as executive producer and Schrader as editor — but after they clock out from their day jobs they film documentaries. And when they heard, from a friend at a party, about the small Montana town's apparent embrace of Prince Siboniso, they knew they had a project, just based on this succinct premise:

"We knew 'Zulus are coming to Butte, Montana,' and that was it," Litzinger said.

And they were on their way.

"We got there a day before their arrival," said Litzinger. "We didn't know if their arrival was going to be the end of the movie or the beginning. What if they arrive and they don't get along? What if they just go home a week later?"

What if, as some suspected, this was the proverbial African prince with a fantastic story about a staggering windfall of government riches that he wanted to share with others — but it would require a financial investment by the participants, just to facilitate the transfer? You know the tale.

If the Africans were scammers (they weren't), they changed their plans when they saw how they were received. The artsy, folksy town of 34,000 welcomed them like long-lost family.

"I'm a Beatles fan, and I was almost feeling like Brian Epstein, the Beatles' manager," said Schrader. "I'm rushing them in and out of cars. As we're going from location to location, people are stopping us. 'You're the Zulus, we saw you in the paper.' The prince was like a rock star."

"They turned out to be really smart, intelligent people who really spoke good English," Schrader said of the Zulus. "We didn't know what story we were going to get, but we made a love letter to Butte. The town came together."

The people of Butte might have harbored more uncertainty and distrust about the camera-carrying Hollywood types in their midst.

"Some might have worried that we wanted to make Butte look bad and silly," Schrader said. "We got that (feeling) even from (host DJs) Dark (Sevier) and Clark (Grant). Rightly so, they had concerns. They had to trust us with the Zulus. This story was happening without us."

Butte bridged that cultural gap, too.

Viewers of "Zulu Summer" may find themselves waiting for the other shoe to drop. "But then suddenly," someone off screen might interject amid all the handshakes, toasts and downtown sing-alongs.

And that's the twist: There is no twist.

If "Zulu Summer” makes a statement it is that within our fractured world there still exits room for open-hearted trust, recognition of commonality, and good will. Not every intersection of cultures need be a clash of cultures.

Sevier, the bewhiskered radio Dj who is perhaps more a lead character than even the prince, acknowledges what the viewer may be wondering when, at the film's conclusion, he explains:

"This was a human moment. It was compelling without drama ... without conflict. That goes against the grain of so much of the narrative of our culture. We want to see a train wreck in order to get our attention. And this was the opposite of that, and it was hard to look away from it."

Said Schrader: "Years from now, years from our time in Butte, we'll remember this experience. That was something I'll take to my grave."

The film screens at 7:30 p.m. Friday night, followed by a brief question-and-answer period.

What: Screening of the Flix film series selection, followed by brief Q&A with directors Joseph Litzinger and Eric Michael Schrader