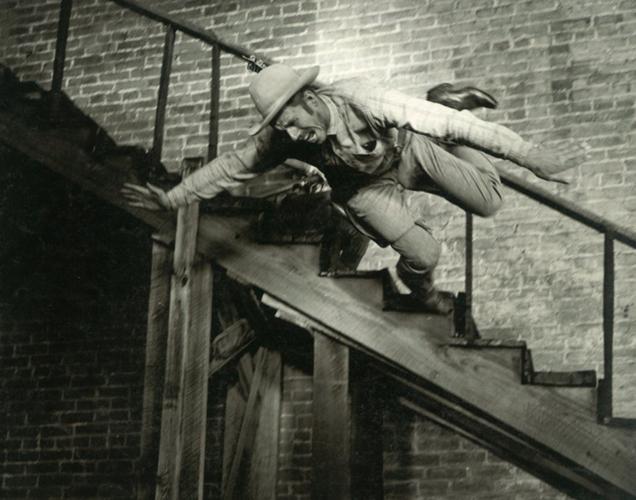 Rance Howard in a scene from "Frontier Woman," his first film. The movie also marked the big screen debut of son Ron, only 18 months, who later went on to build his own Hollywood career. 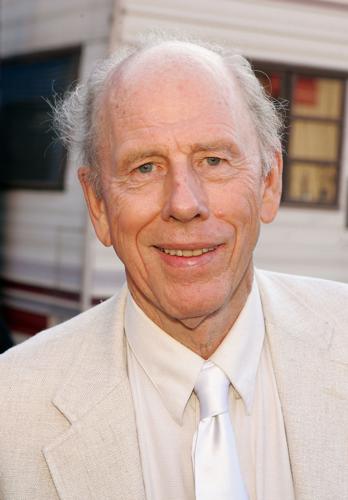 Rance Howard, who died Nov. 25 at age 89, was a veteran character actor whose roles ran the gamut, including doctors, judges, sheriffs and men of the cloth. 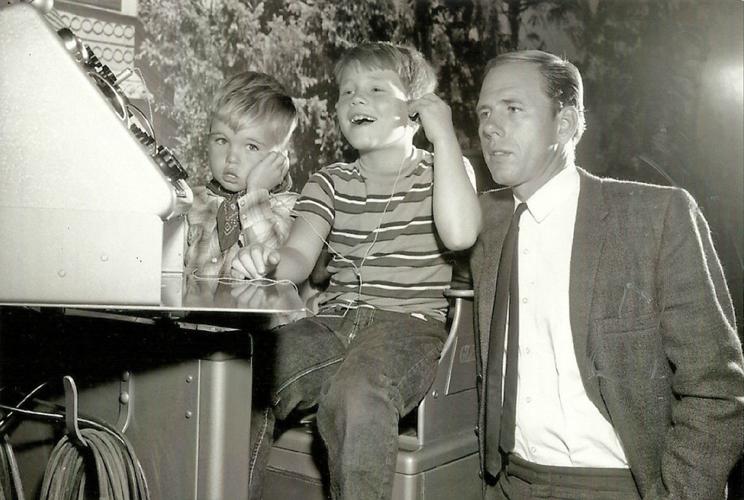 Ronny Howard, center, little brother Clint and father Rance all appeared in a 1963 episode ("A Black Day for Mayberry") of "The Andy Griffith Show." 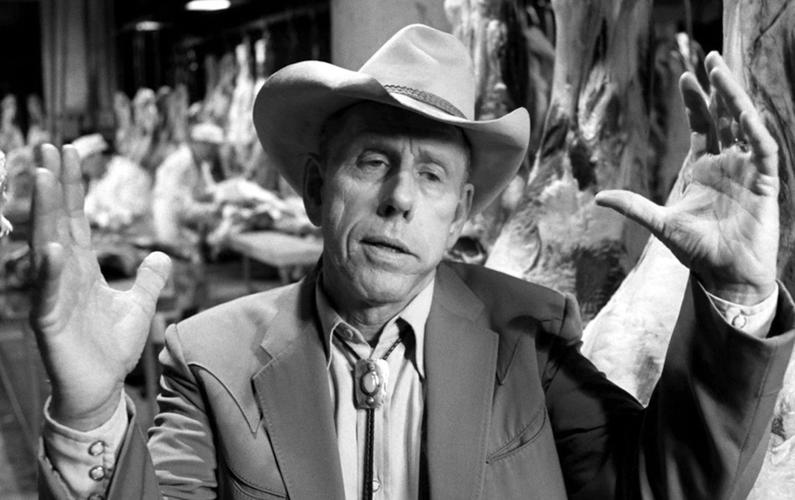 Rance Howard in a scene from "Frontier Woman," his first film. The movie also marked the big screen debut of son Ron, only 18 months, who later went on to build his own Hollywood career.

Rance Howard, who died Nov. 25 at age 89, was a veteran character actor whose roles ran the gamut, including doctors, judges, sheriffs and men of the cloth.

Ronny Howard, center, little brother Clint and father Rance all appeared in a 1963 episode ("A Black Day for Mayberry") of "The Andy Griffith Show."

Following the professional path of a parent isn’t always easy, especially if that career is acting. Brothers Clint and Ron Howard long ago escaped their father’s acting shadow going on to appear in numerous films and television series, with Ron starring in two popular TV shows, “The Andy Griffith Show” and “Happy Days,” and becoming one of Hollywood’s most respected modern directors.

Born into a farming family in Kay County, Oklahoma, father and mentor Rance Howard passed away Nov. 25, a week after his 89th birthday. A veteran of more than 300 film and TV roles, he caught the acting bug while performing in a seventh-grade Christmas school play.

“The Little Beaver School in Oklahoma was a one-room school and a strange thing happened to me when I was in the play,” Howard recalled in a 2014 interview. “I was suddenly transformed into the character I was playing and realized I had control of the audience. When that happens, it’s powerful, and at the end of the play I got this tremendous ovation. When I came back to earth a few days later, I knew I wanted to be an actor.”

The school plays were popular with the locals, said Howard, because “there was no television in those days, and the nearest movie theater was 6 or 7 miles away. So the plays were really well-attended — people would stand outside the windows, looking in!”

Howard would sometimes visit the movie theater on Saturday nights.

“It was mostly westerns with people like Gene Autry, Roy Rogers and Tex Ritter. In fact, my plan was to become a singing cowboy like them. But the time came when I realized I was tone deaf and couldn’t carry a tune.”

By then, Howard was attending drama school at the University of Oklahoma. “I realized you didn’t have to sing and dance to be an actor, so I switched from trying to be a singing cowboy to become a dramatic actor.

In 1949, Howard married Jean Speegle, from Duncan, Oklahoma, and soon put together what he called a “respectable resume” acting in theater before his first film role.

“It was called ‘Frontier Woman’ in 1956, filmed in Mississippi, and about Daniel Boone’s daughter, Polly,” recalled Howard. “Jean also had a part and we wanted to somehow get Ron into the picture, too. He was only 18 months old, but we thought it would be wonderful for our parents to see their grandson in a movie with us.”

So Howard approached the director with the idea, but was rebuffed. “He said he couldn’t be bothered.” That changed after Howard’s final scene.

“My character gets shot then plunges off a balcony and the director asked if I could do the stunt,” recalled Howard. “I did it, and he was so pleased he told me to bring Ron the next day and he would work him into the movie.”

The director decided to include baby Ronny in a scene where a politician was addressing a crowd.

“He wanted someone in the crowd to distract the political speech and asked if we could make Ron cry. So I thought about it. There were a couple of Native American boys from the Pearl River Reservation who were working in the film. Ron had become fascinated by one of their prop tomahawks and would bawl whenever it was taken away from him.”

As the shooting began for the scene, young Ron was held by his mother off camera with the weapon in his hands.

“Just before the camera comes around to Jean and Ron, one of the boys snatches the tomahawk away and Ron begins to howl,” recalled Howard. “The politician stops, comes over to Jean and says, ‘You’d better take that baby home lady, I think he’s sick.’ And that was Ron’s introduction to movie making!”

Howard said Ron was a natural in front of the camera. “He was always amazing, able to learn dialogue even when he was around 3 years old. He had really good concentration and just loved it.”

But Ron’s rapid success and popularity as an actor didn’t disturb his father. “It didn’t bother my ego at all, I was his father teaching him what I knew about acting. He quickly accepted it, learned from it, and enjoyed it. Ron and I always had a good relationship.”

Howard and his wife would also go to great lengths to ensure their sons didn’t fall victim to the temptations of early fame and fortune.

“We were well aware of all the traps that Hollywood parents and children fall into when the child becomes the breadwinner,” said Howard. “We were determined to live on what I could afford and put the boys’ money away for them.”

Years later, as a director, Ron Howard would cast his dad in many of his movies. Howard senior played a minister in “Apollo 13” (1995) and was a cardinal in “Angels and Demons” (2009).

“Someone checked and told me I’ve played more men of the cloth than any other actor,” said Howard. “I’ve played doctors, judges, sheriffs — as a character actor, I’ve run the gamut, so it’s fair to say I’ve played mostly supporting roles. But I’m an actor who loves to act whether it’s been on film or TV, or on stage where I’ve had lead roles. I’ve outlived a lot of my competition!”

And the competition, Howard noted, “is absolutely staggering but I think my attitude and ability appealed to a lot of producers and directors. Executives tend to be nervous when casting for projects, but I hope they thought — and I say this in all modesty — ‘I don’t have to worry about Rance, he’ll do a good job.’”

Few who worked with Rance Howard would likely dispute that claim.

Nick Thomas teaches at Auburn University at Montgomery, Alabama, and has written features, columns, and interviews for more than 650 magazines and newspapers. Read more at tinseltowntalks.com.