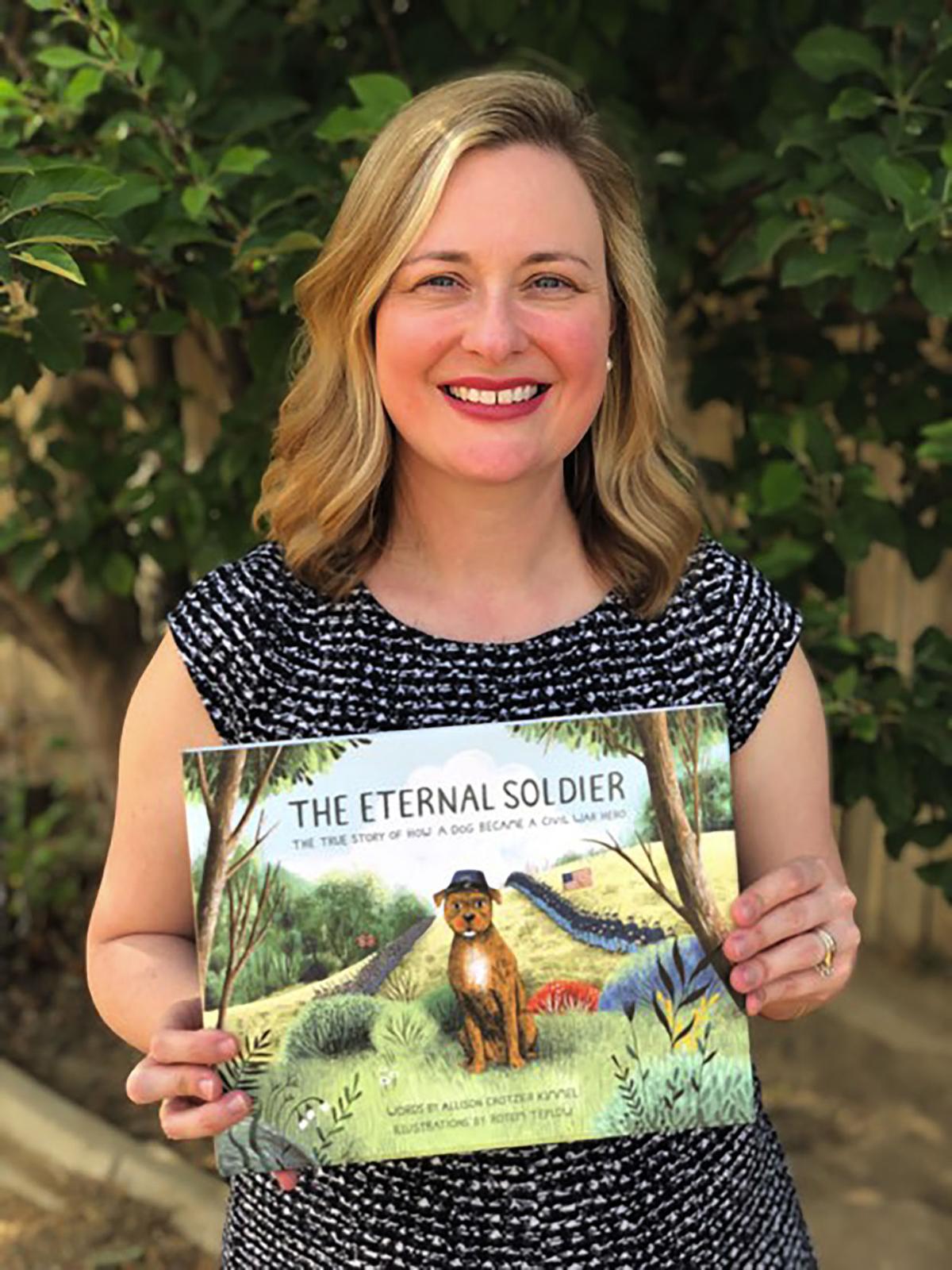 Local author Allison Crotzer Kimmel has written a book called "The Eternal Soldier," which tells the true story of Sallie, a loyal dog who became a civil war hero. It is out now and can be found in stores and online. 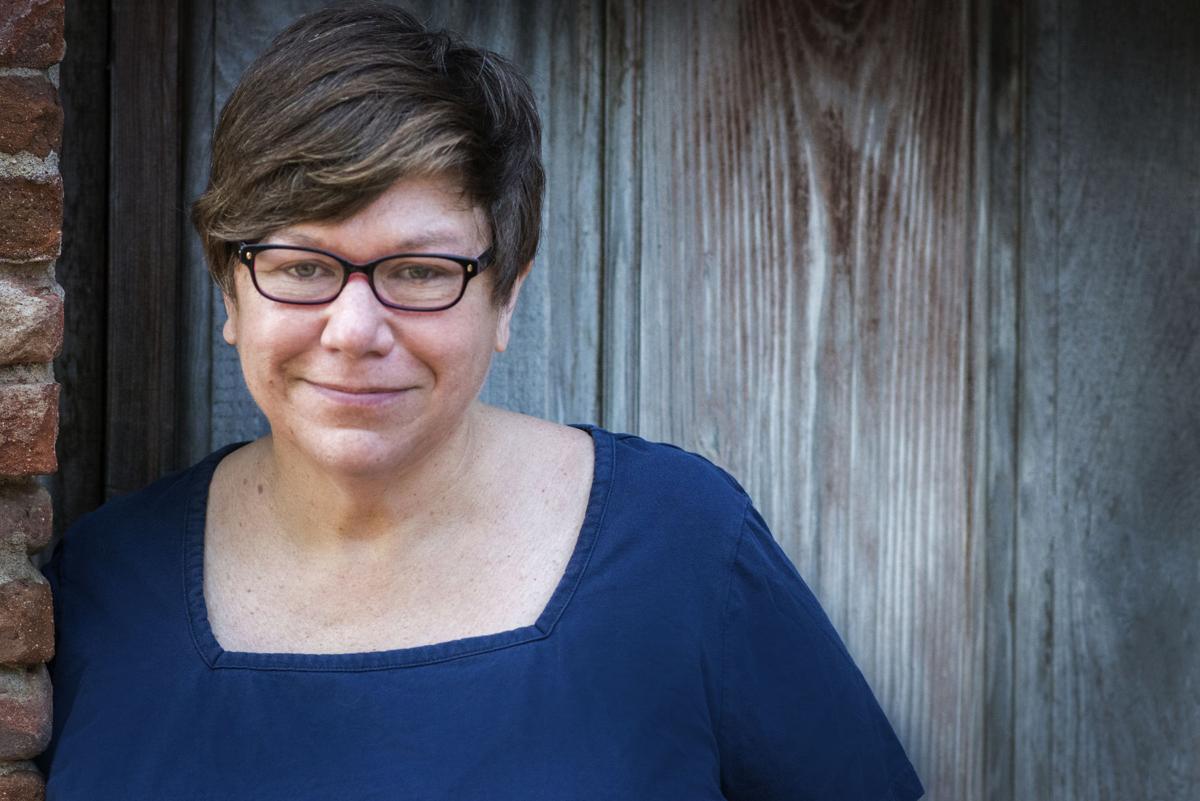 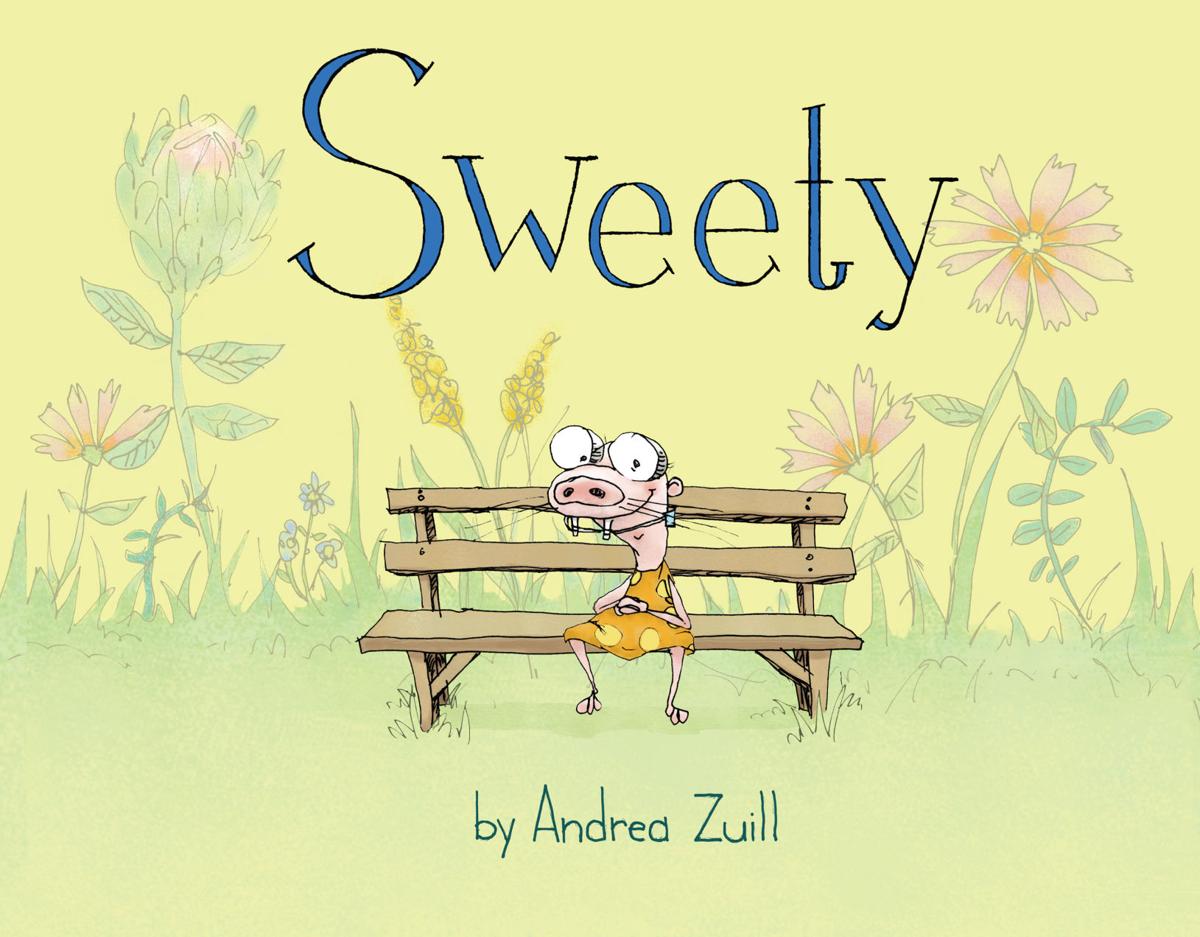 Local author Allison Crotzer Kimmel has written a book called "The Eternal Soldier," which tells the true story of Sallie, a loyal dog who became a civil war hero. It is out now and can be found in stores and online.

What's better than children's books about animal heroes? How about those written by authors with ties to Bakersfield.

Two new books each tells a very different story: One is about a real-life canine soldier in the Civil War who guarded her injured and dying men, and the other is about a fictional but relatable awkward naked mole rat learning to love who she is. Both are sure to capture the imagination of young readers.

"The Eternal Soldier" is the passion project of Allison Crotzer Kimmel, an English teacher at Centennial High School who moved to town from Pennsylvania in 2002. "Sweety" is the fifth book by Andrea Zuill, a writer and illustrator who was born and raised in Bakersfield and now lives in San Diego.

The idea for "The Eternal Soldier" came to Allison Crotzer Kimmel after a trip to Gettysburg National Military Park with her husband, Eric, in 2014. The writer, a history buff always on the lookout for another story idea, learned about the park's archives from their tour guide.

The Sallie in question was Sallie Ann Jarrett, an American Staffordshire terrier who was the canine mascot of the 11th Pennsylvania Infantry in the Civil War.

"She was a really smart dog, a loyal dog," Kimmel said. "Because I love dogs, I really see personality in dogs. I heard her story and fell in love with it."

At the end of the first day of fighting at Gettysburg, with the regiment on Oak Ridge, soldiers were ordered to retreat. But Sallie wouldn't leave her men on the field.

"Sallie did not leave their side," she said. "She guarded the dead bodies and licked the wounds of those who were still alive. She didn't eat or drink. She wouldn't let anyone take her until the last of the troops were taken to the hospital or (to be buried)."

She continued on with her troop for two years, even having puppies who were then given away when Sallie would quickly return to her soldier's duties. She died on the battlefield in February 1865. Years later, a monument for the 11th was erected, with a special statue to honor Sallie along with the soldiers.

As a dog lover, Kimmel was especially drawn to Sallie's story. Finding the best way to tell what is, at times, a sad story in a way that works for a children's book was a challenge, but Kimmel said she might have had some help from Buddy, her dog who was in poor health at the time she was writing her first draft.

"I suspect having Buddy at my feet and knowing I was losing him was infused in the book," she said. "I had to approach (the story) in a really sensitive way, because it is for kids. I had to approach it in a way that was sensitive but truthful. I don't want to lie to kids. Not everyone comes home (from war) but ones who are honorable and brave, we remember."

The story sat in her computer for years, Kimmel said, until she got a little nudge from another of her family's dogs, Baxter, who they had found out had cancer and would later have to be put down.

"I realized life is short, so I got brave and sent the manuscript to an agent," Kimmel said. "Within less than a year, Little Bee Books (came on board)."

After five years and three trips to Gettysburg, "The Eternal Soldier" was finally released on Tuesday. The illustration was done by Rotem Teplow, an Israeli artist who publishers tapped to bring Kimmel's words to life.

"She did a beautiful job," Kimmel said of Teplow. "I fell in love with her style. She has an old-time feeling I felt was appropriate for the book. When they sent me some early sketches of Sallie, the first one I opened, I got teary-eyed. 'Oh yeah, that's Sallie.'"

Although "The Eternal Soldier" is actually Kimmel's fourth published book, this one is the first that was her idea, from start to finish. After joining a group for children's book authors, she was hired to write three educational textbooks, on topics like the Montgomery bus boycott, slavery and fashions of the 1980s and '90s.

Kimmel had always been interested in writing and took a break from teaching to go to grad school and have her two children. With the telling of Sallie's story finally coming to an end as the book hits shelves, Kimmel is already working on her next book, which will be about Betty Robinson, the first woman to win an Olympic gold medal in track and field.

For now, though, Kimmel is excited to share Sallie's story with young readers, whom she hopes will come away understanding that it's OK to grieve the loss of a pet.

"If this book can help comfort somebody, it can let them know they're not alone, even tough soldiers feel what you're feeling," Kimmel said. "I hope it makes them think of the animals and friends in their lives that are loyal to them like Sallie was."

Author and illustrator Andrea Zuill was at the San Diego Zoo when her daughter suggested that a naked mole rat would be an interesting character for a children's book.

"They are such incredibly awkward animals," Zuill said of the burrowing rodent. "I like the idea of awkward. I got this flash in my head (of this character)."

In "Sweety," Zuill tells the story of the character with the same name. Sweety is a young naked mole rat with niche interests that she is very passionate about, like identifying fungi and doing interpretive dance. She also has thick glasses and wears headgear.

"I don't come up with the story first, I come up with the character first," said Zuill, who lived in Bakersfield until she was 19. "I started mulling over what she would be like. I like eccentric people. Not only is she awkward and aware of her awkwardness, she's also her own person."

From there, she wondered what would be bothering Sweety. The book follows her as she contemplates changing her interests to fit in better with the other girls before realizing she can make friends with people who share her interests. One source she gets encouragement from is her Aunt Ruth, who was like Sweety when she was younger.

"I brought in an adult who wasn't her parent," Zuill explained, adding that though Sweety's mom is great, sometimes advice takes better from another adult. "Ruth nudges her to be yourself and wait it out."

Zuill, whose background is in fine art, had a similar experience of finding her people when she made the switch from the art world to the children's book world. She's exhibited work in galleries in California, Texas and New York, but came to find the art scene a little elitist.

"I thought, 'Oh, I don't want to be that way,'" Zuill said of the art crowd. "Then I met children's book people and they're the opposite. It's an incredibly supportive group of people."

Zuill started creating children's books around 2009 and within a few years got an agent, who encouraged her to take on a new skill in addition to her art.

"I always considered myself primarily an artist," Zuill said. Publishers "really want somebody who does both, so I did what my agent said and learned how to write."

Her first book was "Wolf Camp," which follows a dog who goes to camp to live as a wolf for a week. That book came out in 2015, published by Schwartz & Wade.

"It was terrifying writing that book because I had no idea what I was doing," she said. "With art, if somebody gives me direction, I know where to go with it. With writing, (I was) kind of clueless. I kept at it. My agent is really good at helping me edit."

Since then, Zuill has written four more books, with "Sweety" being her fifth. Two more are already in the works.

From Sweety's story, Zuill hopes young readers will understand that they should be themselves and not worry about fitting in. She hopes adults will take away from it that they should nurture this behavior in children, like Aunt Ruth does.

"Kids catch onto stuff really fast," Zuill said of her young readers. "I also try to make (my books) funny for adults, since there's a good chance they will have to read them a few times."

There are two local book events for Allison Crotzer Kimmel's "The Eternal Soldier":

For more information on Andrea Zuill's work, go to andreazuill.org.