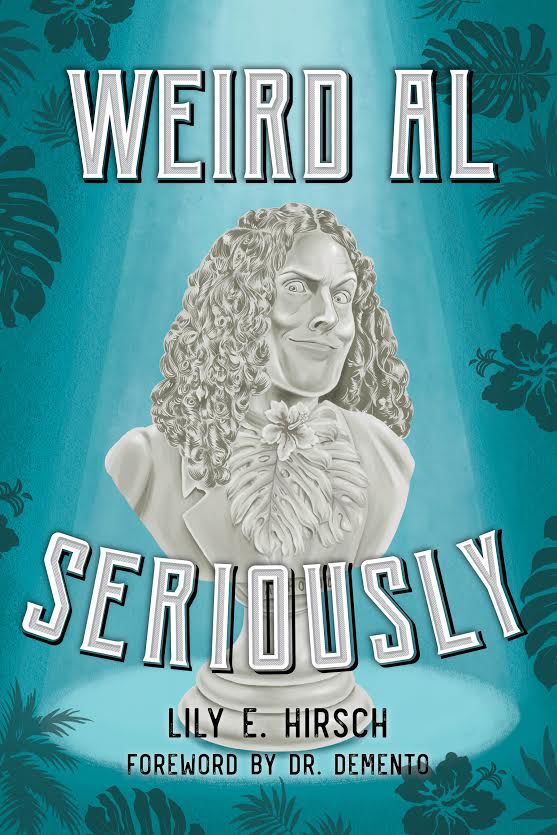 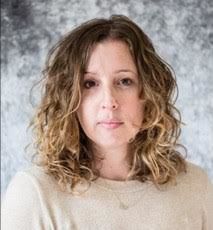 Sure, his rhymes about an Amish paradise are humorous but his musical talent is nothing to laugh at. Hirsch's most recent book, "Weird Al Seriously," takes an academic look at the musician and the complicated romance between comedy and music. An assistant professor of music at Cleveland State University, Hirsch is a musicologist and visiting scholar at Cal State Bakersfield.

This isn't Hirsch's first foray into the world of academic music writing. She has written books exploring a Jewish orchestra in Nazi Germany and examining the intersection of music and U.S. law enforcement. The topic of this most recent book may not be as weighty as her previous work but it's still written in earnest.

Weaving together original interviews with Yankovic, Hirsch explores the deeper meaning behind the jests in his body of work. "Weird Al Seriously" will be released March 15.

Before the book's release, Hirsch will hold a talk at the CSUB Walter W. Stiern Library on March 12. As an ode to "Weird Al," his favorite food — pizza — will be served as well as Twinkies for dessert. Don't worry, there won't be any Twinkie wiener sandwiches at the event.

Hirsch spoke with The Californian about her new book and why "Weird Al" is the perfect inspiration of kindness.

Q: Tell me about the background for "Weird Al Seriously."

A: When you think of serious music as more important than humorous music and that's just not the case. It takes a lot of knowledge of music to flip it in comical ways so I wanted to do something to showcase that and "Weird Al" was the obvious choice in my mind. He's the most well-known figure with the longest career in comedic music and one of the longest careers in music, period. So he was the dream subject, but I didn't want to write the book without his cooperation. I like to do my research and be very thorough and writing a book without interviewing the subject seemed wrong to me.

So I sent a letter to his longtime manager, Jay Levey, who's really been kind of a collaborator all these years. And I just kind of crossed my fingers and heard nothing. Maybe three months after I contacted his management team, just a cold call to see if I could get through. I must've said the right thing because the lady at the front desk passed me on and I was forwarded to Levey. After that, I was off and running.

Q: Where did the idea stem from to single out Yankovic for this book?

A: He seemed like the obvious choice. Writing something on humorous music, he was the first person that came to mind. I could've focused on the humor in classical music, people often talk about Joseph Haydn or another great figure is Peter Schickele, who does this act of P.D.Q. Bach, the forgotten music of Bach. Since leaving my job as a professor, I wanted to focus on writing in an accessible way, I thought "Weird Al" would be a way to do that.

I also decided that I wanted to write about him as well because of his unusual reputation for being a nice person. You don't always hear about that in the music world. You hear these stories in the #MeToo movement, I was getting a little disillusioned and angry. I thought it would be nice to remind myself, as well as others, that there are still nice men left. That was another reason why I had to meet (Yankovic), to see the niceness for myself.

Q: What was the most surprising thing that you learned about him?

A: A lot of people are surprised that he's not as weird as his name suggests. People have asked me what his house is like. It's this beautiful, modern home in the Hollywood Hills. Decorated with wonderful art. It's lovely and mature and not weird.

Another thing, I'm not necessarily surprised by, but his fans were very nice. Since this book has started to come out, there are advance copies or preorders that are out, and I've been getting messages from some of these fans and they are wonderful. They are more lovely than I could've dreamed of. One fan, while waiting for this book to release, bought another one of my past books and wrote a really constructive and thoughtful response to it. I found the whole message so wonderful.

As I was researching, I started to see certain patterns, one of the trends I didn't expect was he seemed to flip the music of kind of sinister folk in pop music. Like he took on the kind of gross song Robin Thicke's "Blurred Lines," which makes consent a problem, and he turned it into a grammar lesson. He took this Nelly song "Hot in Herre," which is a pretty gross song when you really listen to it, and he flips it into a couple fighting about who's going to take out the trash. He did that with an R. Kelly song, "Trapped in the Closet," turning that into "Trapped in the Drive-Thru" and this was before the whole Mute R. Kelly thing. He did it in the best possible way by actually replacing his voice.

Q: There seems to be a recurring theme of niceness with "Weird Al" and his fans. Why do you think that is?

A: First, it's (Yankovic). He is a very nice guy. When I've interviewed other people, they seem distracted, they'll look at their cellphones and make calls. But (Yankovic) was fully engaged. He had never met me but he invited me to his home. He was wonderfully nice and really helpful with no strings. His band has been the same group since the beginning, which is really unusual and it's because they like to work with him.

It's also the music, he has a lot of songs about being different and being your own person. "Dare to Be Stupid" is the obvious one. He has songs that celebrate being a nerd, being an outsider and saying "That's OK." He creates that safe space for his fans. I can't fully generalize, I'm sure there are some fans who aren't so nice but he's got a lot of these fans that are proud to be their own person and they're proud to be smart.

His fans are so creative. They organize events. One of his fans, Kelly Phillips, created a comic book about "Weird Al" and I found her online and asked her to design the cover. She's kind of one of these examples of fans who are happy to be themselves. I think that's part of it — it's a space to be happy and be yourself.

Q: What do you hope readers take away from the book?

A: I hope it comes through in the book how much depth, weight and significance there is in humorous music. How intelligent a musician has to be to do humorous music well they way "Weird Al" has.

I have other hopes. I like showcasing the niceness that he has as a reminder to all of us that there are nice men out there and that there are different ways to be a real man. He's kind of showcased that in his music. There's not just one right way. You don't have to be this macho, hypersexual man. You can be your own person, you can be nice.

Q: I have to ask, did you come away from this with a favorite "Weird Al" song?

A: That’s a tough one. A lot of people ask me that. I really like those songs that flip that hypermasculinity. I love "Trash Day," that's a hilarious song. I also love it when he parodies songs by women, "I Love Rocky Road" is fun because he imitates this toughness of Joan Jett, but rather than a one-night stand he just wants ice cream.