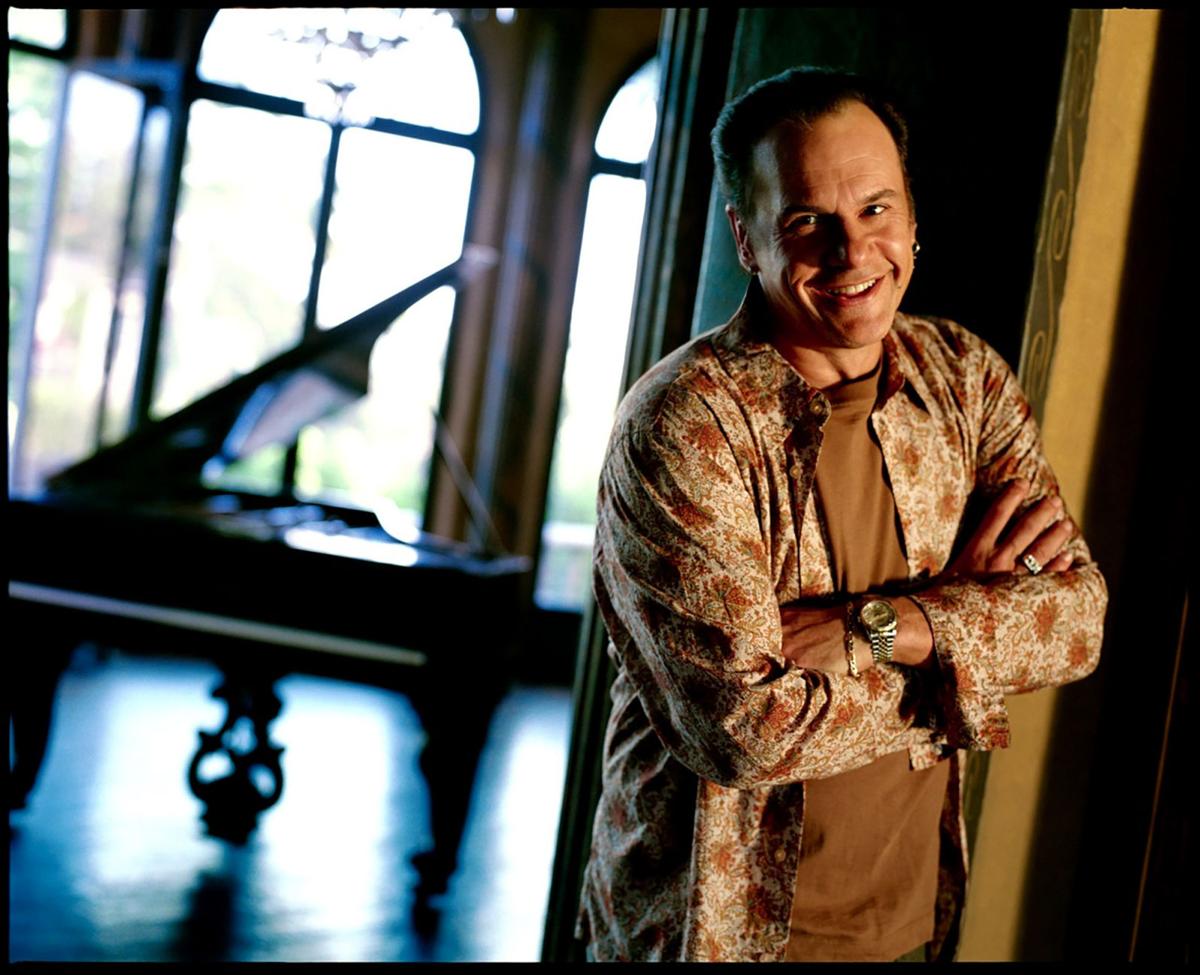 KC, aka Harry Wayne Casey, of KC and the Sunshine Band is ready to perform. The band will play the Kern County Fair on Sept. 19. 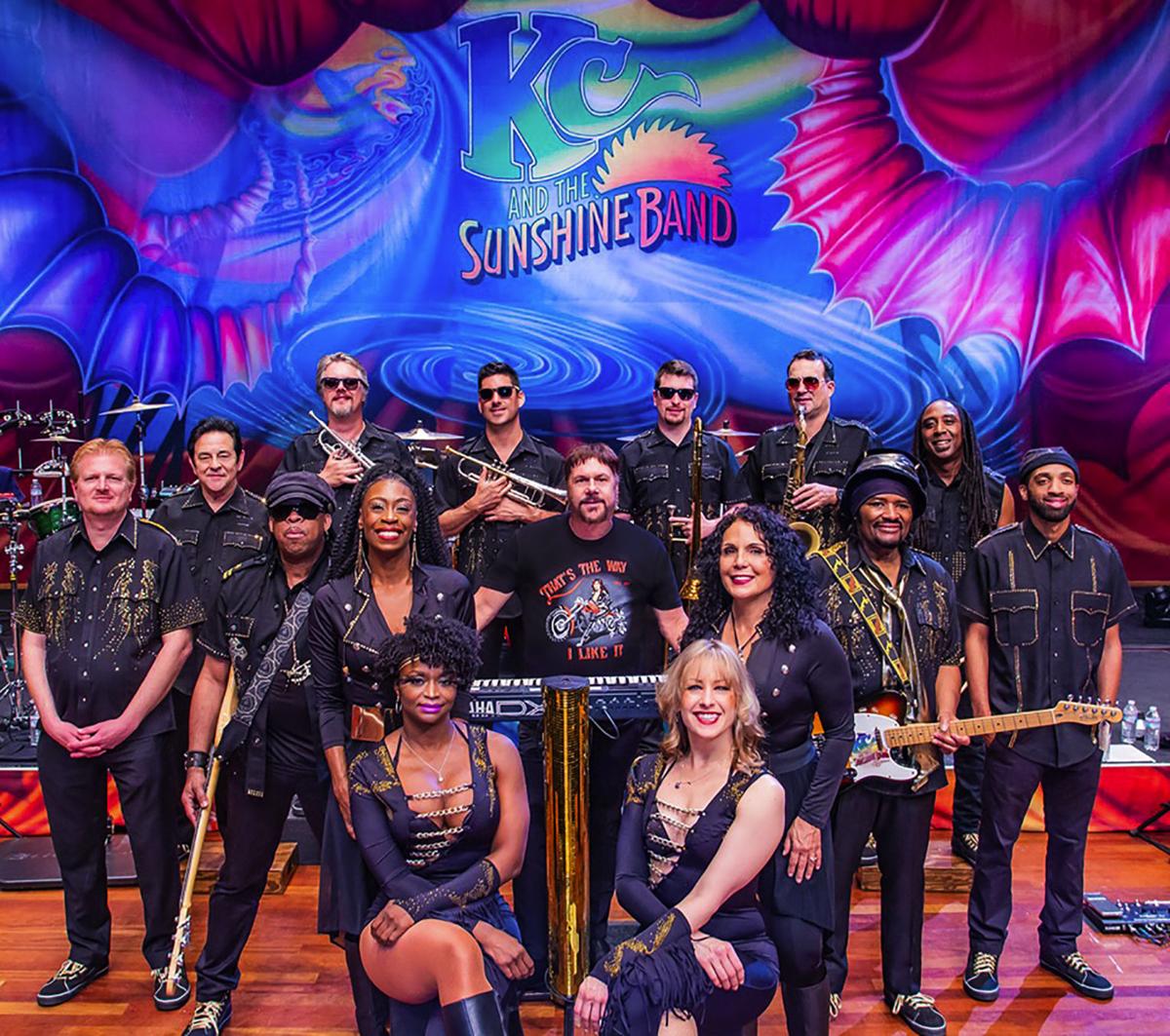 KC and the Sunshine Band will perform Sept. 19 at the Budweiser Pavilion as part of the Kern County Fair.

KC, aka Harry Wayne Casey, of KC and the Sunshine Band is ready to perform. The band will play the Kern County Fair on Sept. 19.

KC and the Sunshine Band will perform Sept. 19 at the Budweiser Pavilion as part of the Kern County Fair.

In the 1970s, one artist who surely seemed to have his finger on the pulse of what type of songs would be hits at top 40 radio was Harry Wayne Casey.

The man who would become known to millions as KC of KC and the Sunshine Band enjoyed some minor success with a pair of early singles — “Blow Your Whistle” in 1973 and “Sound Your Funky Horn” in 1974 on the Miami-based label TK Records — before making the group’s 1975 self-titled debut album.

And when he came up with a song he was calling “Get Down Tonight,” Casey knew he had a game-changing tune for the album.

“I even remember a story. It came on Billboard at No. 98 one week and the next week it fell off. I went to the owner of the record company, who was Henry Stone at the time. I said, ‘Henry, what’s happening? I have a smash record,’” Casey recalled in a recent phone interview. “He says, ‘Don’t worry about it.’ And six weeks later it was No. 1.”

“I always had a feeling when I was writing the song and when I was in the studio, I could kind of feel this really mysterious aura happen during the recording of some of the songs,” he said.

But the huge success during the 1970s wasn’t all fun and games for Casey, especially on tour.

“I can only describe it with one word. That was lonely,” Casey said of his touring life. “I was on top of the world, but the loneliest person I think I knew on the planet at the time.”

The reason for the isolation was his popularity. Casey spent many days on the road holed up alone in his hotel room with a pair of guards stationed outside the door, while throngs of fans gathered at the hotels hoping to see — or even meet — Casey.

“Sometimes I could just catch a commercial flight home after the show and sleep in my own bed and then get on another plane and go back to the show the next day,” Casey recalled. “I didn’t have to have a private jet because commercial planes flew every hour on the hour from practically anywhere we were. And when they didn’t, I just stayed in the room. I don’t remember much of what I did during the day.”

The glory days for KC and the Sunshine Band came to an end as punk/new wave became the next hot trend as the 1970s turned to the 1980s.

Casey had one more top 5 hit, “Yes, I’m Ready,” a duet with Teri DeSario, in 1980, but the new decade yielded only one more modest hit single with “Give It Up” in 1984. The next year, Casey quit the music business.

“I was sort of done, frustrated with the whole political part of it all and I just wanted out,” Casey said. “I found myself wanting to run away from something that I loved more than anything in the world.”

Casey spent the next decade out of the spotlight, but the 1990s brought a renewed interest in the ’70s, including disco. Eventually Casey was enticed to get back into the music business.

“For the 10 years that I laid around and partied and did stuff, my friends were always saying ‘Why don’t you get back out there? Are you listening to the radio? Everybody’s emulating you,” Casey said. “I just kept laughing it off, and it wasn’t until Arsenio Hall did his TV show, and I got a call from a friend of mine, ‘Did you see Arsenio Hall? He wants to do a reunion of the band on his show.’ And I thought ‘Maybe I’ll go do that.’ So I called him, made all the arrangements, put a group together and went out and did the TV show and bells started going off in my head. I started realizing you know what, I miss doing this.”

Casey and the current version of KC and the Sunshine Band — 15 musicians, singers and dancers strong — have been touring ever since. (That includes the stop Thursday at the Kern County Fair.)

The live show, of course, features the hits of the ’70s, a smattering of other original songs and covers of hit songs by other acts from the 1960s that KC and the Sunshine Band recorded on their 2015 album, “Feeling You! The 60s.”

The set list figures to evolve later in the year, thanks to some new KC and the Sunshine Band music. A new single, “Give Me Some More (Aye Yai Yai)” — co-written with Tony Moran and Nile Rogers of Chic fame, no less — has been released and a double album of original material should arrive later this year.

“It’s been a five-year project, and I’m ready to let the baby go,” Casey said of the album. “It’s some of the best stuff I’ve ever done, I think.”

KC AND THE SUNSHINE BAND

Cost: Free with fair admission ($12, $9 seniors 62 and older, $5 children 6-12, free for active and retired military members with ID and children under 5)

PHOTO GALLERY: Animals, rides and food — they're ready at the Kern County Fair