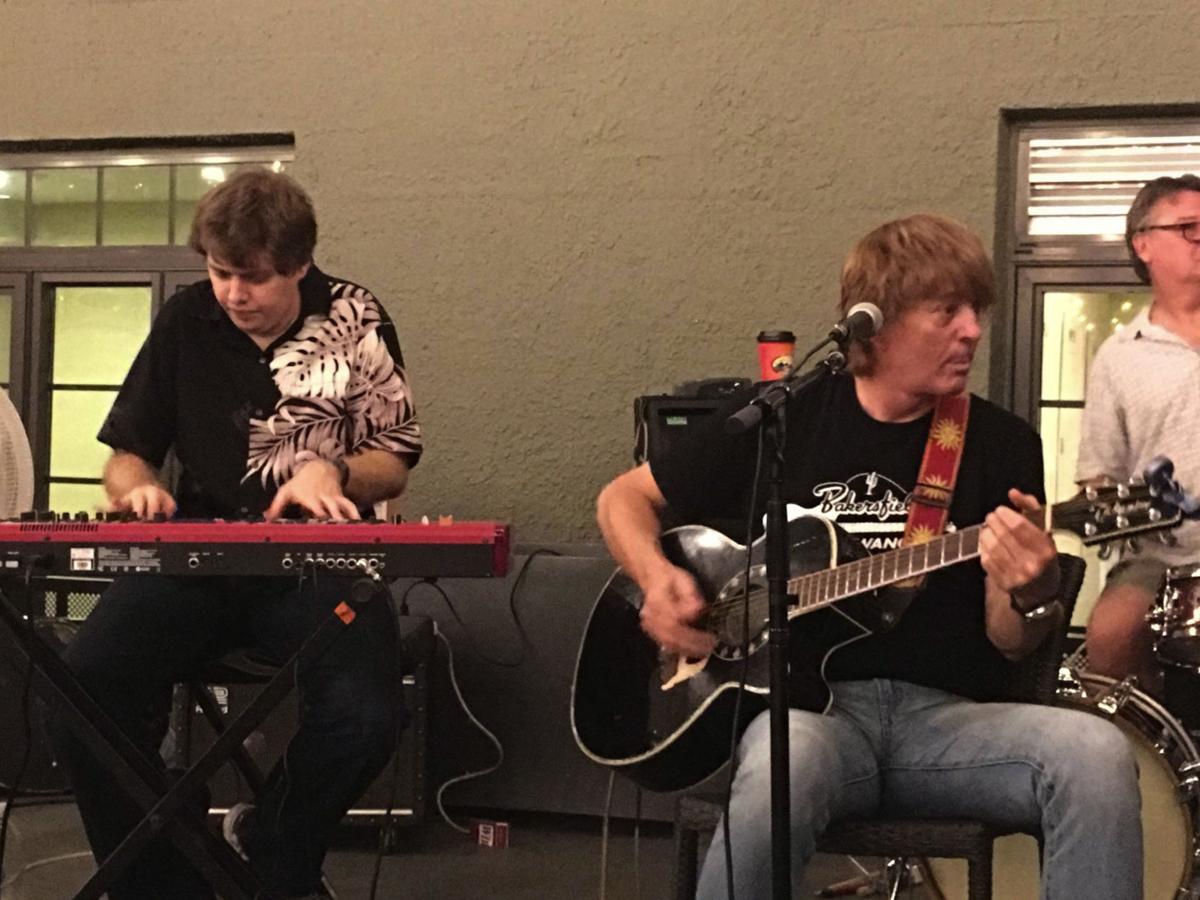 Monty Byrom, right, and Chris Neufeld perform during a show at the Padre Hotel. The duo will perform Sunday at First Congregational Church as part of the Dukes Memorial Concert Series. 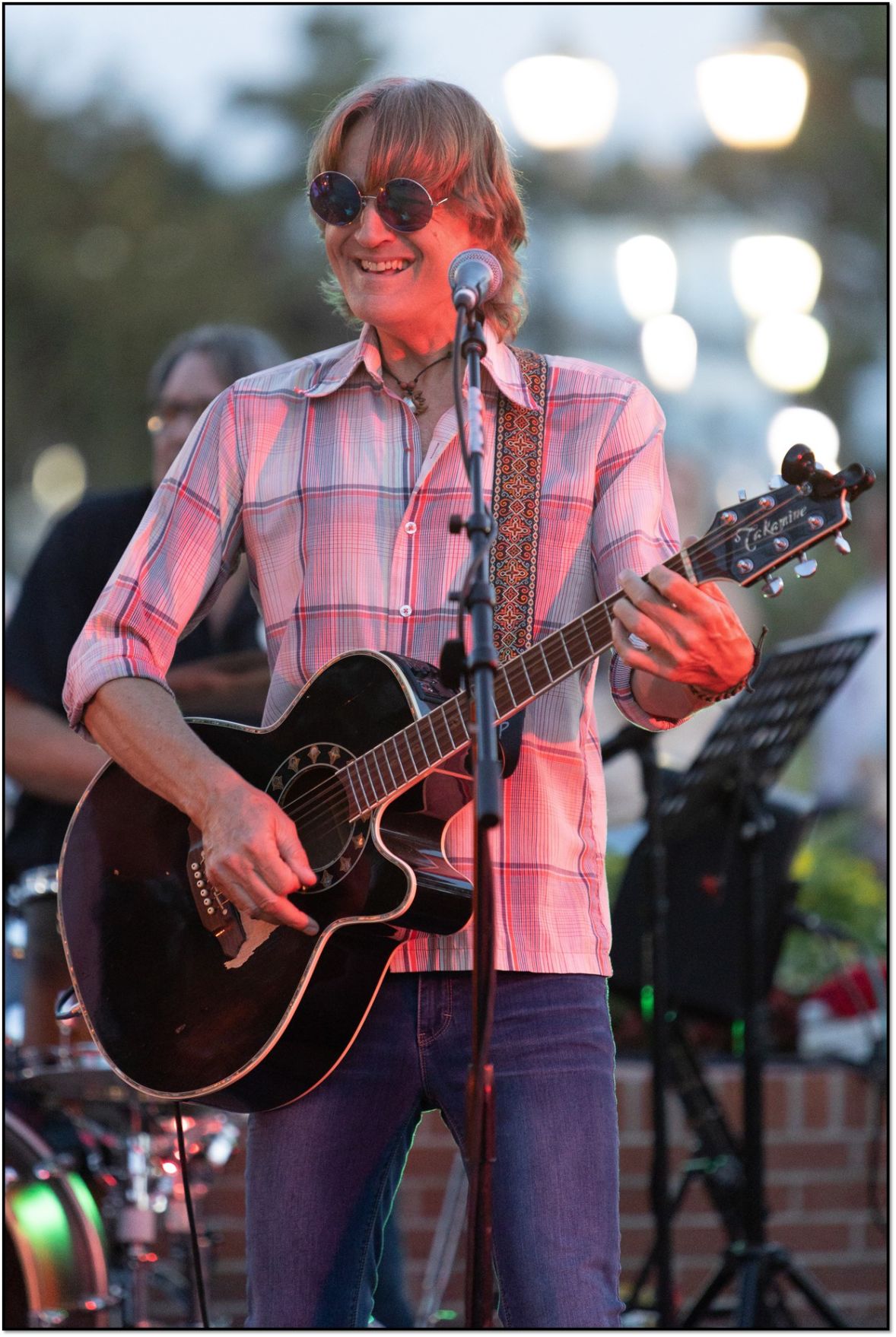 Monty Byrom and The Byrom Brothers played to a large crowd around The Marketplace fountain in June. Byrom will perform with his keyboardist and musical collaborator Chris Neufeld on Sunday as part of the Dukes Memorial Concert Series.

Monty Byrom, right, and Chris Neufeld perform during a show at the Padre Hotel. The duo will perform Sunday at First Congregational Church as part of the Dukes Memorial Concert Series.

Monty Byrom and The Byrom Brothers played to a large crowd around The Marketplace fountain in June. Byrom will perform with his keyboardist and musical collaborator Chris Neufeld on Sunday as part of the Dukes Memorial Concert Series.

Monty Byrom has been doing a lot of new things in the past few years — performing with the Bakersfield Symphony Orchestra and Bakersfield College Chamber Singers are two examples — and now he is adding to the list with an intimate sit-down performance for the Dukes Memorial Concert Series this Sunday afternoon.

Byrom will sing and play acoustic guitar, accompanied by his musical collaborator and keyboardist Chris Neufeld, at the concert at First Congregational Church. No band, no “show.” Just Monty and Neufeld playing and singing.

What will they perform?

Byrom said he often chooses songs based on the mood and reactions of the audience in front of him.

That last phrase is key to why Byrom is performing in the Dukes Series. The longtime concert series, founded by a bequest from benefactors Fred and Beverly Dukes, has typically hosted classical chamber music, folk music and jazz, not the usual lineup for someone who has made a significant name for himself as a rock and country musician.

But Byrom has always been more than that. Talk to him for a while and you realize he is a true product of his generation. American kids growing up in the Golden Age of Television heard everything at once — opera, jazz, Broadway and movie musicals, the beginnings of most genres of rock and pop (Elvis made his “comeback” in 1967, after all!) — and, for Byrom, he also witnessed the triumph of the Bakersfield Sound.

Byrom references it all, in his speech and in his music, and that background is part of a prolific songwriting career; he estimates he has between 900 to 1,000 songs.

“That’s how many I’ve published,” Byrom said. “I’ve probably got a few hundred more. I still don’t have Willie Nelson’s record, but —”

Byrom is counting on Neufeld to help him with song selection during Sunday’s concert.

“He knows my repertoire better than me,” Byrom said.

Byrom calls Neufeld his “secret weapon” when it comes to composing and producing songs.

“He brings in the hook or the line or the bridge that nobody else thinks of,” Byrom said.

Byrom does promise an eclectic mix; certainly some of his hits will be included, but obviously reworked to fit the format of acoustic guitar and keyboard. There will be surprises, too.

“This is my opportunity to play stuff I don’t get to play with my band,” Byrom said.

That apparently includes unpublished, unrecorded songs, such as a song simply called “Love.”

“'It’s Love’ is a comedy about love,” Byrom said. “I believe all love songs are comedies.”

“It’s so different I haven’t been able to include it on one of my records,” Byrom said. “It should be a surprise for the audience — that’s what I’m hoping for.”

The opportunity to perform in this way sounds almost therapeutic for Byrom, who spends most of his time producing recordings for other performers — usually in Bakersfield studios.

“Producing is what I do best, but I love to perform,” Byrom said. “The producing pays the bills, but I perform to keep from going crazy.”

Susan Scaffidi is a freelance music journalist. She can be reached at scaffidi@twc.com.

Presented by the Fred and Beverly Dukes Memorial Concert Series

Monty Byrom is an extremely talented musician. Time working for The Eagles. Working with Eddie Money after Buck & Merle... Outside of Korn—Monty Byrom is the greatest living musician in Kern County.

He just never caught the Big Break or he would have been a household name. Creative AND talented.

He never had a fabulous manager or agent that knocked down doors for him. I believe he lacked competent management and promotion. Thus he suffered The Bakersfield Curse. Folks look upon Bako as backwoods. Backward. Conservative Oklahoma refugees. I myself am proud of this city and whoever speaks ill of this town may, as Merle wrote: 🎼 yer walking on the fighting side of me”🎼