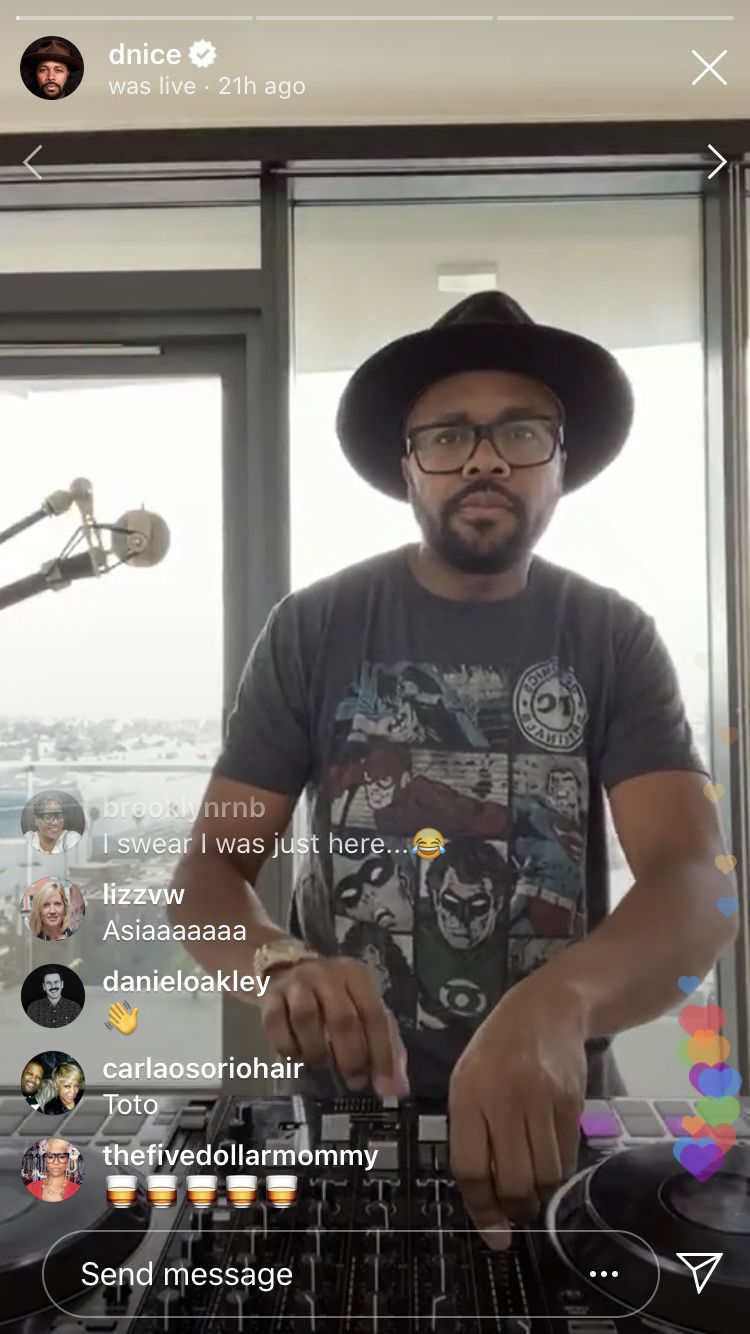 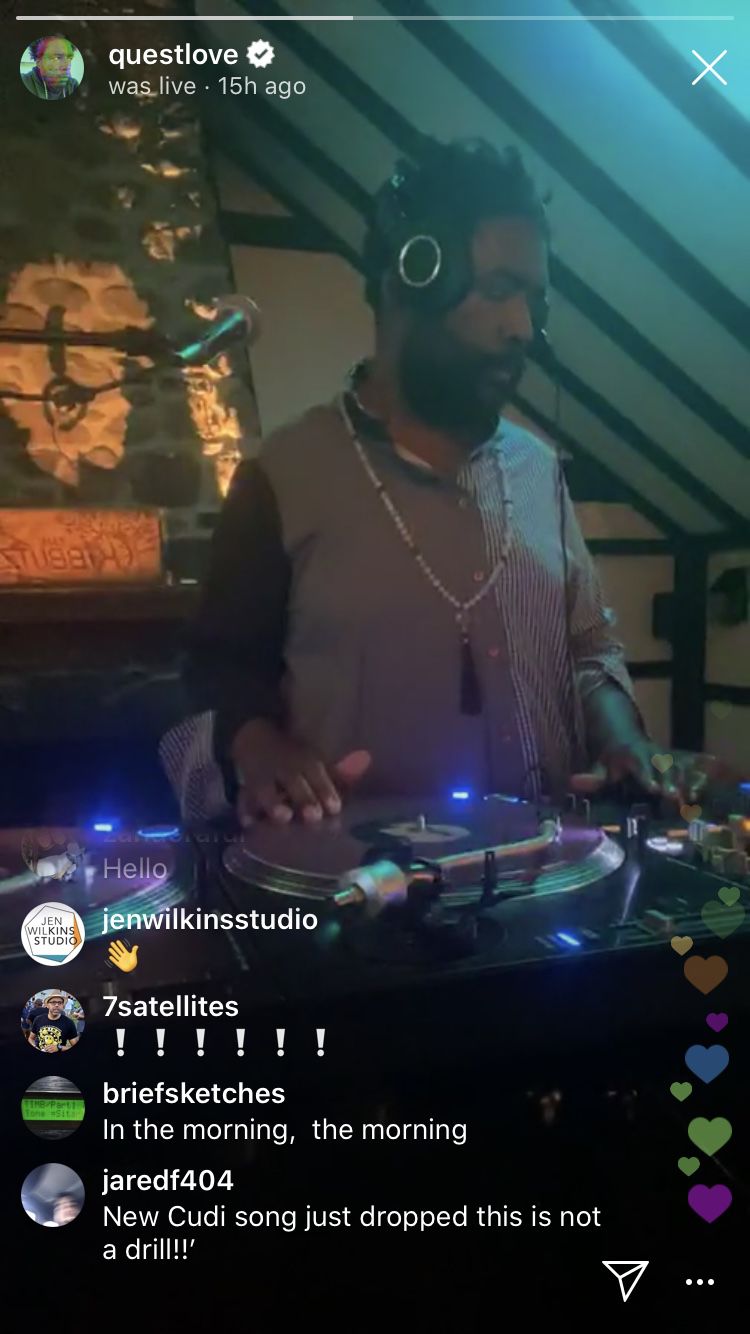 Musicians aren't the only ones jumping into the livestream entertainment game, as DJs are also proving to be an equally effective ally against boredom during the COVID-19 quarantine.

Day or night, especially on the weekends, some of the world's biggest turntable masters in hip-hop, reggae, Latin, rock and beyond can be found online providing endless streams of music for the world to enjoy.

Many aren't full-time DJs or household names like Questlove of The Roots and "The Tonight Show Starring Jimmy Fallon" fame, or hip-hop pioneer D-Nice of Boogie Down Productions. Just music fans with, as Beck once rapped, "two turntables and a microphone."

Where? Mostly at home, judging by the background decor that often screams of apartment life: stock miniblinds, some clutter, hipster art, flat-screen TV, video game console, flashing lights for effect and, sometimes, the unmistakable screams of kids in the background.

All you need is some Wi-Fi and a good sound source to get the party started. No cover charge or dress code.

"You don't have to be overly concerned with the club or the crowd. You can use new music, try out new techniques," said Bakersfield show promoter Pat Spurlock, who also performs as DJ Phantom Stranger.

"Now that you have the opportunity to do what you wanna do, why not do it?"

When initial stay-at-home orders led to the shutdown of one of the biggest party nights of the year, St. Patrick's Day, DJs went directly to the web, bringing the party to the people. Beginning with globally recognized talents, it was only a matter of time before a wave of unknowns joined the party to rival even the most revered legends.

"You don't have to worry about what people wanna hear. You can dig deep into your favorite songs, creating something specifically for the livestream," said Spurlock. "Cut Chemist (Jurassic 5) did the Slow Burn Candlelight series where he has his turntables lit up by candlelight. He's not even saying what he's playing. The message is, 'Listen and enjoy.'"

Sessions from D-Nice (who named his livestream Club Quarantine) and Questlove are without a doubt, the gold standard of quality DJ livestreaming across all social networking platforms. The sound and picture are clear from your phone to Bluetooth speaker, and the livestreams offer fans a chance to interact with the artists in real time in the comment section. Just be respectful and chime in. Who knows? A response to your comment just might get mentioned in the same breath as Erykah Badu or DJ Quik.

There are also curated theme shows that will blow your mind. On March 28, Questlove spun through six hours of nonstop Stevie Wonder catalog cuts and rarities raising money for NYC nonprofit Food Hub, which offer free meals to students. Similar to Elton John's "Concert for America," the DJ community also is joining the effort to help those in need during the pandemic.

"Those taking the time to do something different, introducing different music, have been the best ones to hear," said Spurlock.

Spurlock and other local DJs such as Josex, Phate, Will Play, Shag, Crazy Cruz, Mikey and Odeed have had some success in virtual spin, give or take a few bumps along the way. Not due to lack of talent, but permission to spin unlicensed, protected music that is — the one thing the copyright teams patrolling these major social networking sites are always on the hunt for. Some get the warning within 15 minutes, others get it after two to three hours if they're lucky with just a quick interruption in feed. Some can sneak back on, while others might get banned for an extended period.

"I think it's slowed down a little bit. In the beginning, you could see the 'Live' notifications across the top of your social feeds. Whether the DJs are losing interest, or the copyright thing is becoming an issue, I'm not sure. I'm still seeing some local DJs on every day for a few minutes, then they turn themselves off."

Still, the catch-me-if-you-can thrill is worth it for independents and everybody who likes a good underground party even if it's online. Just be mindful of presentation and quality control for sound — a priority — and should you be concerned with appearance, please tidy up before going live.

"I've seen cameras fall off the shelf in the middle of a set and piles of dirty clothes in the background of some of the videos," said Spurlock.