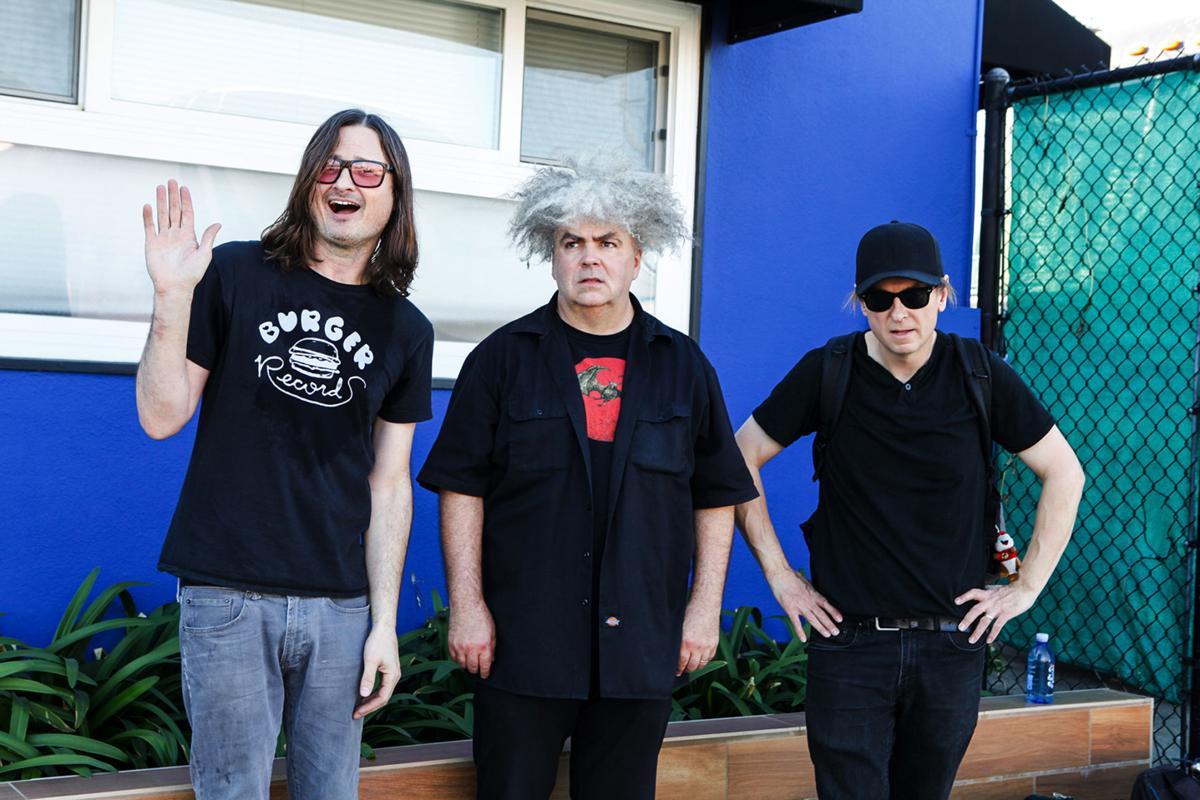 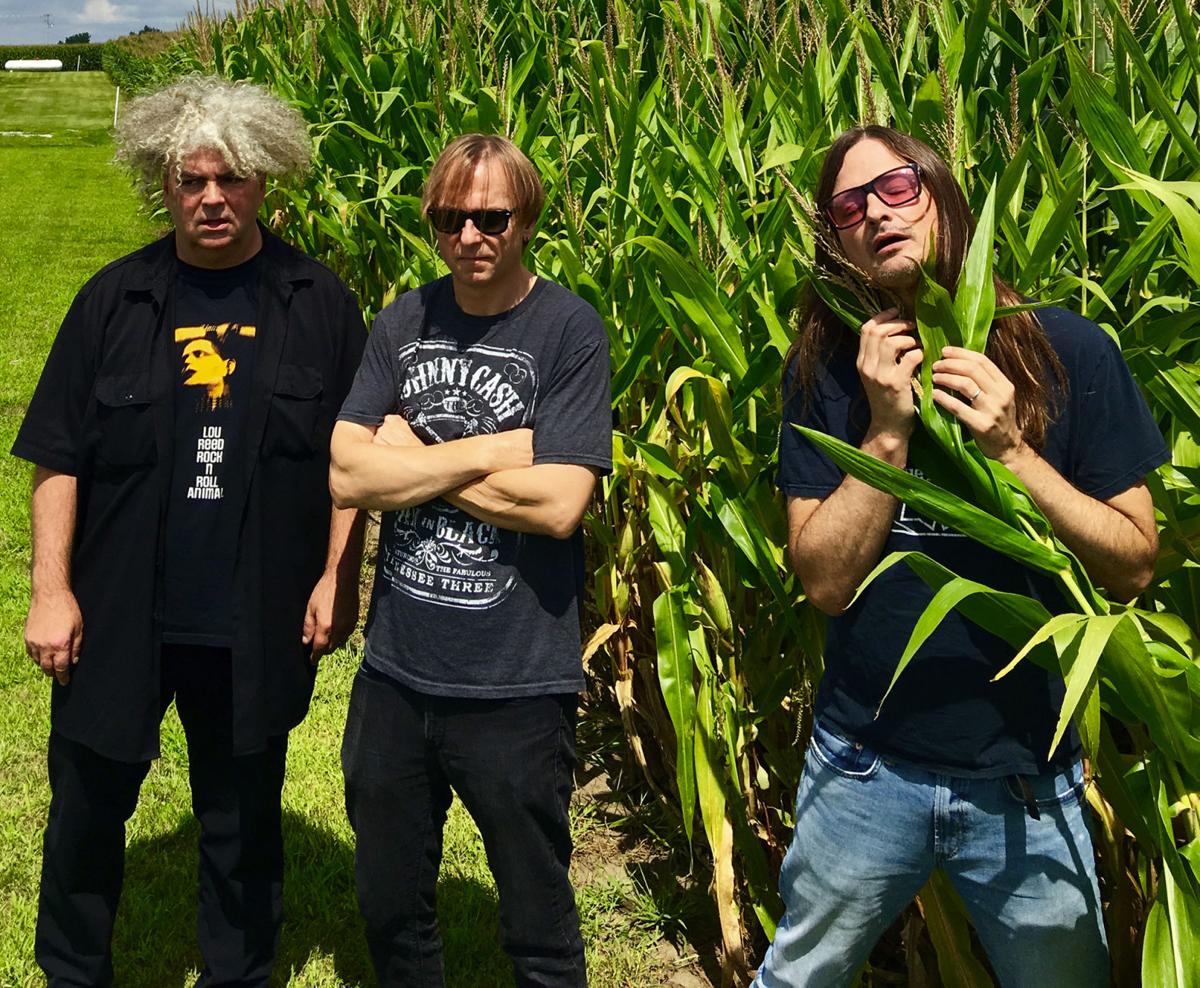 The buzz surrounding Sunday’s concert at Temblor Brewing Co. with sludge metal heroes the Melvins is what happens when disbelief and excitement clash.

"No way, man — Bakersfield?" "Did you mean the Melvins, as in the Melvins?" were among the most common reactions.

For the record, the Melvins are coming to Bakersfield. You may now continue to be excited and/or shocked.

“We’re doing an 11-city, California-only tour, and I wanted to play Bakersfield,” said band co-founder and fuzzy-coiffed guitarist Buzz Osborne, or "King Buzzo" as he’s most affectionately known among fans.

“We’ve played Bakersfield a number of times and we’re big Buck Owens fans. I mean you should be if you’re not. Everybody knows who Buck Owens is. He’s one of the masters, one of my favorites.”

Over the past three decades the Melvins have stood as a musical foundation for bands such as Nirvana, Soundgarden, Tool, Mastodon and countless others who have cited the group as an influence as well as progenitor of grunge, a sound that would forever be associated with alternative rock. If you’ve ever been caught up in a lengthy discussion about Seattle music in the 1990s, a sure way to throw the conversation into a spin will be to drop in a fun fact or two about the Melvins and the fact that the band's not from Seattle, but two hours north in Montesano.

“Talking about that stuff doesn’t bother me," Osborne said. "The Melvins are BC: Before Cobain. This has been our main source of making a living since 1988, well before Nirvana. We were already doing enough to make a living. To me it’s been far more than anything I could have hoped for and I never take it lightly. I think it’s a very important thing.”

Described as "experimental," "sludge metal," "noise rock" and "doom metal," Osborne says the Melvins' music has always been for listeners with tastes well beyond the mainstream. No argument there.

Osborne said, “The weirdos and the freaks, that’s our people. Marginalized individuals who aren’t hip to what the vast majority of the public are into. We’ve always assumed we had good taste and if we made music that we liked, then there would be other people with good taste who would like it as well. That was the key to what we were doing. Not so much to follow trends. We’re not perverse people perversely doing something different.”

Familiar early on in mostly underground touring scenes, the group benefited from Nirvana’s subsequent success, landing a major-label deal in 1993 at the height of the grunge MTV era. At last, the Melvins were seated at the table alongside multiplatinum acts Pearl Jam and Soundgarden. Following the death of Cobain and the eventual oversaturation of Seattle grunge music and fashion, the Melvins continued to play by their own rules, including first and foremost to never stop working and touring.

“I always wanna do something different," Osborne said. "If you believe in what you’re doing, then work on it 10 times harder than you would a normal job. People think they can become successful by working 40 hours a week, they’re just out of their mind. It takes a hell of a lot more work than that.”

Depending on the listener, the Melvins' sound straddles the worlds of psychedelic rock, heavy metal and punk, but for Osborne, the band really just wants you to get out and enjoy the show.

“I have all kinds of ideas about music, but I didn’t spend all this time building a house to guard it," he said. "It’s for everyone. That’s what I want people to take away from what we do. Music is art, art is extra in your life and I wanna provide you, the public, something that they can’t get in their normal life. And for a few minutes, you can come out and enjoy music the way I look at a painting or I watch a movie. It takes me out of my normal life and gives me this vision of something I had to experience or hadn’t thought of myself. That’s the most important thing.”

In addition to drummer and band co-founder Dale Crover, bassist Steven McDonald (Red Kross, OFF!) rounds out the trio at Sunday’s show.

“He’s (McDonald) been playing with us for about five years. Fantastic bass player, (we're) big fans of Red Kross. If you would’ve told me I’d someday not only know those guys but play with one of them I wouldn’t have believed it. The world is a strange place.”

Asked whether he expects to be inducted into the Rock and Roll Hall of Fame alongside Nirvana and Pearl Jam someday, Osborne isn’t holding his breath. The band has enough upcoming recording projects to fill their own museum.

“If we were nominated, I wouldn’t go. Groucho Marx said it best, ‘I don’t wanna belong to any club that would have me as a member.’ So you can call me a Groucho Marxist.

The Melvins are coming to Bakersfield and you should really find a way to get there.

Sunday’s showtime is 7 p.m. Tickets are $20. Show is all ages. Also performing are Hepa.Titus and a band whose name we can't run in a family newspaper.