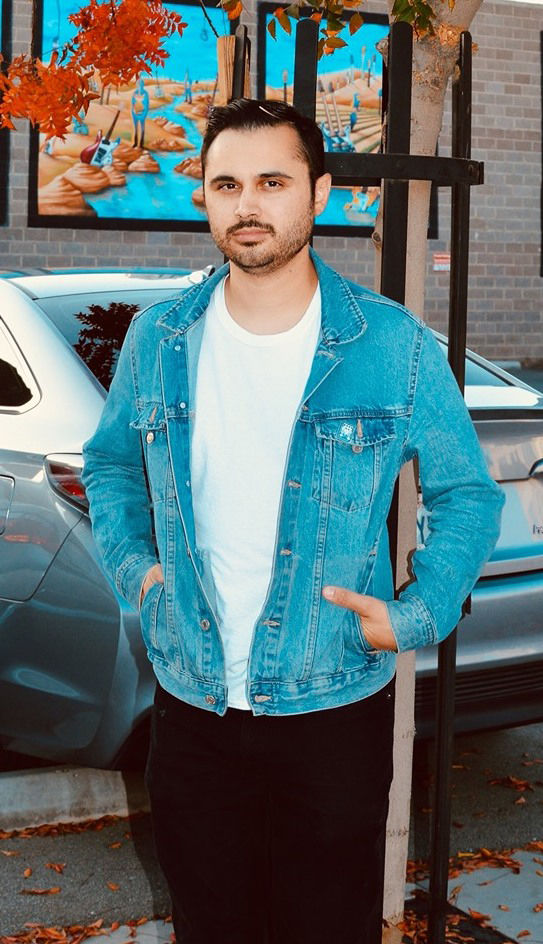 Bakersfield musician Isaiah Morfin will release a new collection of songs and livestream a performance in collaboration with The Hub of Bakersfield at the Padre Hotel on Saturday. 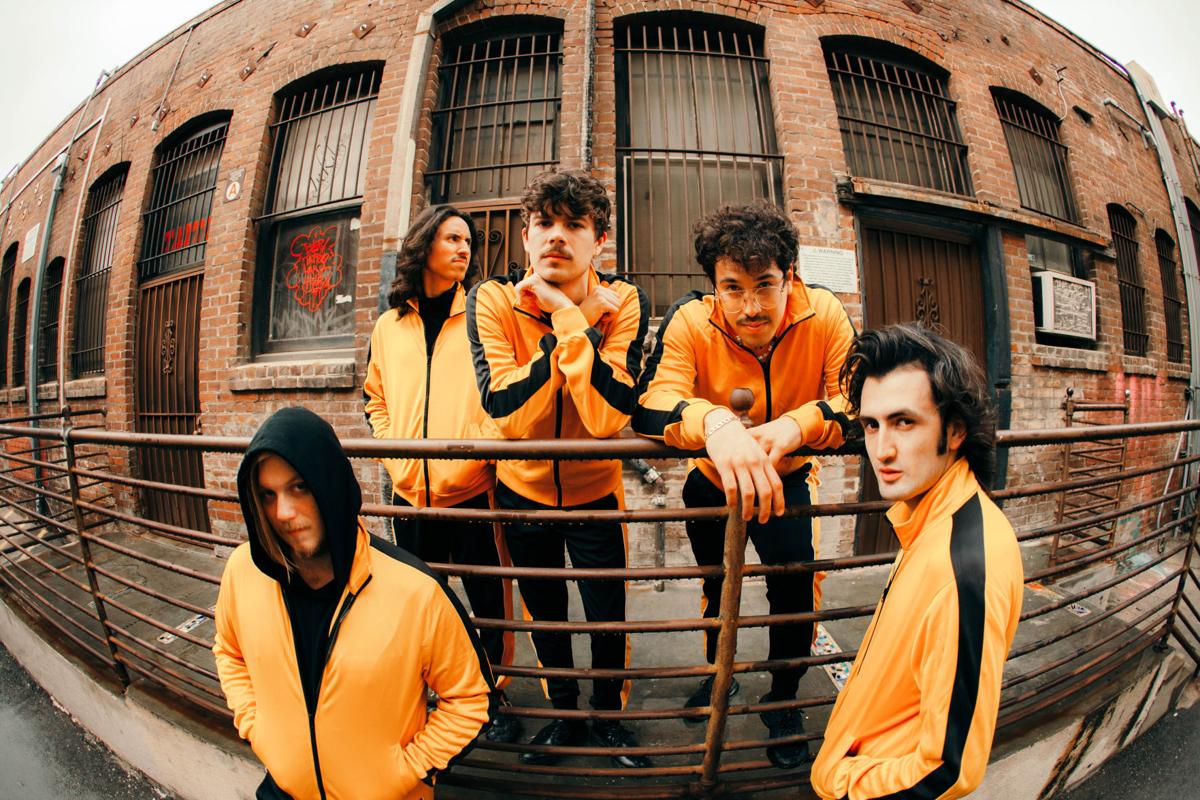 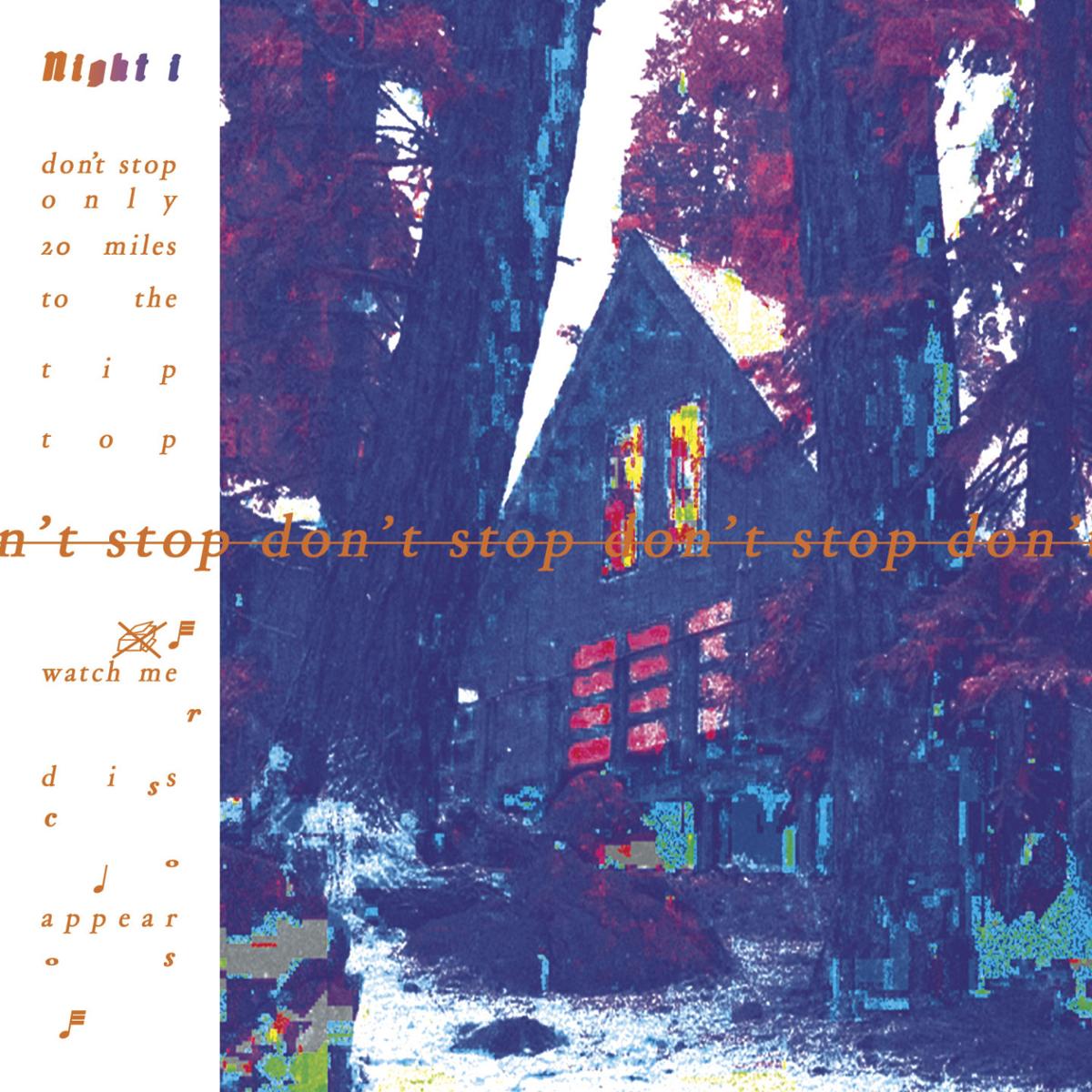 Bakersfield musician Isaiah Morfin will release a new collection of songs and livestream a performance in collaboration with The Hub of Bakersfield at the Padre Hotel on Saturday.

Expect more additions to your favorite stay-at-home playlists with the arrival of new music from Isaiah Morfin and Hate Drugs this weekend.

Inspired by their experiences during the COVID-19 pandemic, they also represent the latest local music wave of safe, socially distanced comforts for your ears.

Produced in association with the recent Cash for the Arts grant program through The Hub of Bakersfield, singer-songwriter and saxophonist Isaiah Morfin assembled an all-star group of local and out-of-town artists for a new, free six-song download release titled “Quarantine Karaoke Collection.”

Conceived from an earlier jingle posted to Instagram in March to promote hand-washing, Morfin said the idea for the song was meant to add a little humor to those early conversations.

“It was basically a time where the general public was under the impression of ‘this is just a strain of the common cold.’ Then, after the spread of the virus and with cases revealed in Kern County, it became very apparent that this was all very serious.”

With a constant news cycle rolling out disputing facts over the virus’s severity, Morfin said a jolt of ideas for similar song themes helped him process the ongoing changes around him. Tipped by a friend about The Hub's grant contest in April, Morfin submitted his project idea with similar songs about life during the COVID-19 crisis.

Earlier this month, Morfin was one of 13 artists who were awarded $500 each from The Hub to bring their projects to life in support of local creatives struggling during the pandemic.

With no access to an off-site studio, Morfin went to work combining home studio computer know-how with virtual recording techniques used by local collaborators: Nick Gonzalez on guitar, keyboardist Tony Rinaldi, vocalist Crimson Skye and Hate Drugs’ Josiah and David Caploe. In addition to local talent, Morfin also enlisted the help of guitarist Jason Heninger, an old college roommate from his years at the Berklee College of Music in Boston.

“This project was very difficult to pull off just because I had to work in a way that I never had before. Inputting everything into my laptop instead of getting together in a studio was a challenge,” said Morfin.

“I recorded everything on two synthesizers, a drum machine, an Omnichord and some software instruments. I would email the audio files to Tony (Rinaldi) and he would help me clean things up. Nick (Gonzalez) came over to lay down guitar parts, because that’s the only instrument I couldn’t really substitute with a software instrument. We social distanced and sanitized everything on the two evenings he did come over.”

Mixed down for release by producer Chris Schlarb of Big Ego Studios in Long Beach, the result is everything you’d expect from the mind of Morfin, an artist who's never had a shortage of offbeat musical musings to share with listeners.

Only a few short song previews were available for listen as of press time, but all songs will be posted and available Friday for free download at thehubofbakersfield.org.

“After I received the grant money from The Hub, it became very clear to me that I had entered myself into a game challenge called 'Can you to finish an album in under 30 days?'”

Morfin's descriptions for the collection's tracks depict the various emotions and situations the pandemic has created. “Magic Wand” with Hate Drugs is about the desire or wish to make everything get back to normal; “Quarantine Cutie” addresses being quarantined with your significant other. Although we are distant, we still all need each other and we all need love is the theme of “More Than Ever” while “Home With You” is about getting back to your roots and appreciating life. “Carousel” explores the oscillating feeling of nothing happening anymore and the world is ending, and “When Will the World Start Again," featuring Crimson Skye, is about "observing the new normal and what that looks like,” Morfin said.

On Saturday, you can also catch a livestream performance by Morfin’s band Izzy and Fins (featuring Rinaldi and Gonzalez) hosted by Andrae Gonzales, the Bakersfield city councilman and Hub chairman, live from the Prairie Fire rooftop bar at the Padre Hotel at 7 p.m. The performance can be viewed from The Hub's Instagram page, @thehubofbakersfield, and the band’s Instagram page. The group will be performing all songs from the release along with a batch of favorite covers.

“Adapting and learning to make music with the help of technology has been something we are forced to do now,” said Morfin. “The days of getting together is temporarily suspended, but I think creative minds will always find solutions to share the joy of music.”

“Quarantine Karaoke Collection” also will be available in actual karaoke form with lyrics on YouTube in two weeks.

In other new music news, indie pop band Hate Drugs will release its new single “Night I (Don’t Stop),” the lead single off the group’s upcoming EP, “Ponderosa,” on Friday.

The group wrote the single in February during a weekend band trip in the peaceful mountains of Ponderosa, as the musicians anticipated hitting the busy spring tour circuit again until, well, you should know by now.

“The lockdowns actually started the week of our first show back, after a four- to six-month hiatus,” said vocalist David Caploe. “The ironic part was, we went up there to isolate ourselves in the frozen woods on the Sierra Nevada and came back to home isolation for months.”

Since the quarantine order, the band members have continued meeting regularly via group chats, practice assignments, while fans show their support by purchasing merchandise and downloads through the band's website, thehatedrugs.com. They’ve also participated in their share of livestreams and Zoom interviews.

“We didn’t think it would all happen so fast. Watching the news and keeping up with the markets was a pretty good indicator, as well as all of us getting laid off from our day jobs,” said Caploe, describing the rolling effects the pandemic has had on the band. “We had stuff lined up around California all spring, but luckily we have had plenty of work to do at home.”

To coincide with the release of the new single, the group also will be having its own virtual concert via the online game Minecraft at 5 p.m. Friday with artists Austin Webber, Hotel Mira and Ignant Benches.

You read correctly. Minecraft is hosting concerts now. If you don’t know what Minecraft is, ask your kids or Google it. It’s easy to access and you don’t need to be an online gaming whiz to tune in to enjoy or stare in confusion. Log onto twitch.tv/outfit_machine to explore and plan ahead.

As the band stays busy, Caploe encourages fellow creatives to hunker down and work.

“Take advantage of this time to get organized and get creative. Finish those scraps of unfinished songs, clean up that hard drive, master that scale. This is a unique opportunity for you to get ahead and invest your time into yourself. Come out of this corona chrysalis a better version of yourself,” said Caploe.

Izzy and the Fins