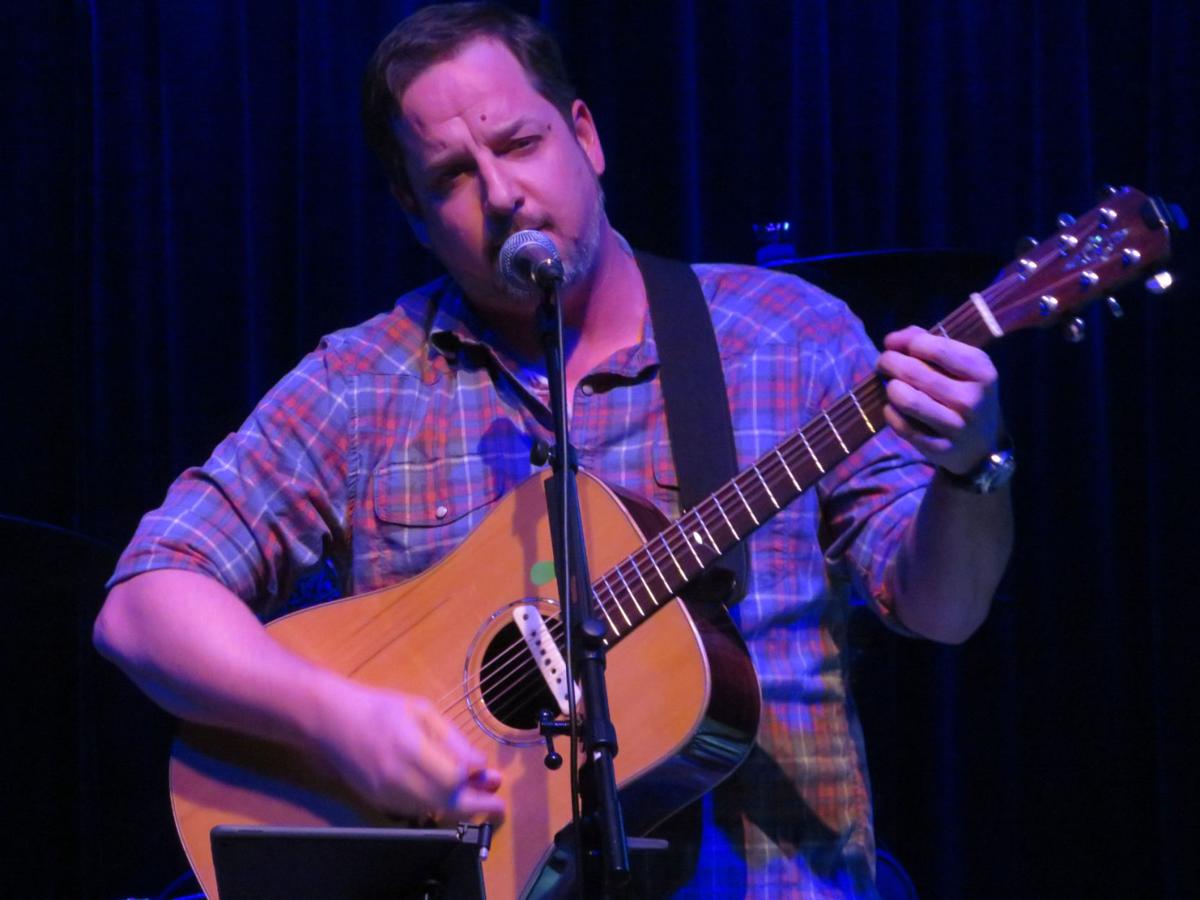 Bakersfield singer-songwriter Travis Byler, like many local acts, has already felt the effects of cancellations amid mandates spurred by the COVID-19 outbreak to limit gatherings. 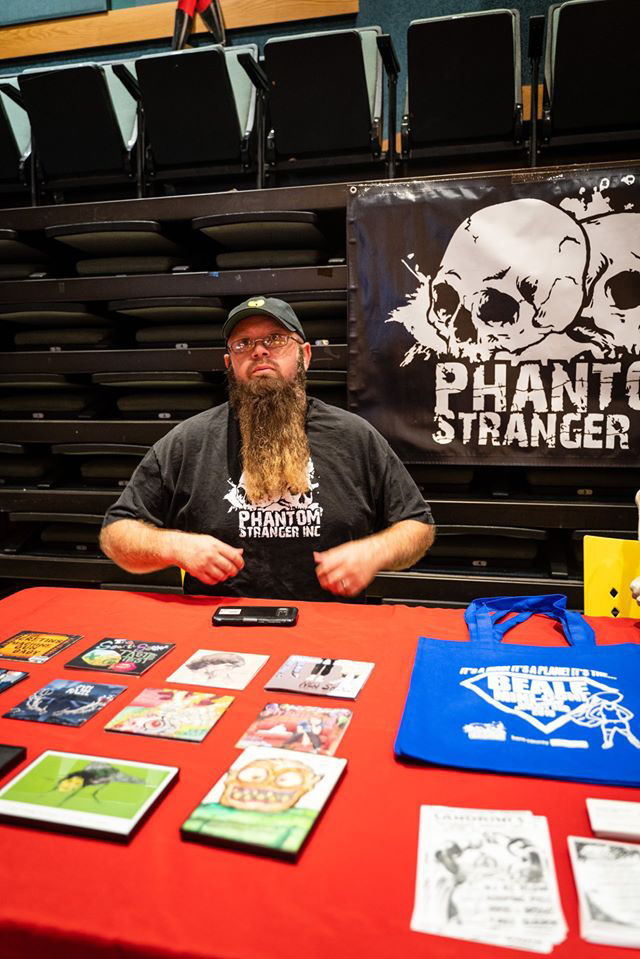 Bakersfield events promoter and artist Pat Spurlock of Phantom Stranger Inc. has come to terms with losing many of his upcoming shows and is now focusing on the future.

Bakersfield singer-songwriter Travis Byler, like many local acts, has already felt the effects of cancellations amid mandates spurred by the COVID-19 outbreak to limit gatherings.

Bakersfield events promoter and artist Pat Spurlock of Phantom Stranger Inc. has come to terms with losing many of his upcoming shows and is now focusing on the future.

The Bakersfield music community is feeling the crunch of the COVID-19 virus.

Between last-minute show cancellations and those scheduled months in advance, working musicians who anticipated a solid pay day on the one of the biggest party days of the year, St Patrick’s Day, could be mostly found at home.

While some chose to follow the mandate handed down by California Gov. Gavin Newsom to limit business hours and patrons, others chose to take the loss on the chin altogether.

Local singer-songwriter Travis Byler, a regular figure among local watering holes who had planned his popular U2 tribute show at Sandrini's Public House on St. Patrick’s Day, said it was painful to cancel his show downtown but he believes the health of the community should come first.

“My first gig was canceled last week,” said Byler who added he’s since lost a half-dozen solo and band shows between four local venues. “But St. Patrick’s Day was canceled by us, the band, not the venue.”

Byler added that while most venues presented his group and others with options, citing working with government mandates to find ways bands can still perform, he felt it was the right thing to do.

“When I talked to my guys, I didn’t want to push it, but the risk is we hurt people and generate a lot of bad publicity. The other side is we still play, have a really mediocre night for a little bit of money because it wasn’t that busy.”

Almost as quickly as Newsom ordered California restaurants and bars to operate at half-capacity over the weekend, the Bakersfield music scene went on high alert. Musicians like Byler waited for the inevitable bad news for his bandmates, some of whom rely on money made at gigs.

“Every decision is a tough call, because playing music is a big source of income,” Byler said. “We have to stay positive, stay strong and support each other to make it. Time to get creative.”

It’s not just musicians and performers looking for a way to survive as the entertainment industry prepares to adapt to a slow spring.

Erik Madera and Melisa Sadler, co-owners of Central Sound and Lighting in Bakersfield, have also seen their normally busy spring schedule dwindle down to just a few events.

“I didn’t think it was going to be this bad,” said Madera, who at this time would normally be planning for festival and graduation commencement season, contracting and staffing for full event staging and rentals. “Once I got the first cancellation call at the beginning of this month, I knew there was going to be a domino effect.”

And so it began. Faced with a seven-show loss equaling thousands of dollars of business, the duo has parked their equipment trucks for now.

“As a growing company, we started to pick up more shows as we went along,” said Madera, who founded the company in 2001. “The shows would normally be three to four big ones a month and so on. But this hit us pretty fast.”

To stay busy, Madera and Sadler have begun developing a number of new additional offerings including on- and off-site audio and visual equipment repair for home, studio and corporate businesses. Local and touring bands interested in holding virtual concerts with professional lighting, sound and engineering can also stage events for online streaming at the Central Sound and Lighting work studio.

“We’ve just got to stay positive and keep our hopes up,” said Sadler. “We’re all going to get through this.”

For more information on Central Sound and Lighting, visit centralsoundandlighting.com.

Local event promoter Pat Spurlock of Phantom Stranger Inc. has come to terms with losing most of his upcoming shows slated for the next few months, and is now focused on the future.

“Once touring bands started seeing that shows were falling off in cities they were en route to, those same bands began falling off my bills and canceling tours altogether,” said Spurlock, who books and promotes shows at various local venues. “Some bands have gotten to cities where cancellations have not been communicated until they get there. I would never do that to these bands.”

Expecting the worst in the coming months, Spurlock says he’ll be ready to begin booking acts once the dust settles and the public is given the green light to get back to the business of rocking again.

“I’ve lost seven shows between five venues. One was a charity at River Walk for cystic fibrosis that I’ve been part of for the past three years. Best-case scenario is we just deal with the short time and come out on the other side.”

In the meantime, Spurlock says he’ll be uploading unreleased art and music from his record label via Bandcamp to the public for purchase. There’s also a planned online art gallery collaboration in the works that will feature other artists in the scene to help keep fans and supporters engaged.

“There are lots of ways to support the scene during the break," he said. "You can find local music by downloading through websites or however you access your music. Artists also have online Patreon (online membership programs) for artistic perks. So, there are ways still to support from the comfort of your home. Even on the social media side, you can still share YouTube links and band pages.”

Contributing columnist Matt Munoz brings you the latest news on Bakersfield's music scene every other Thursday.