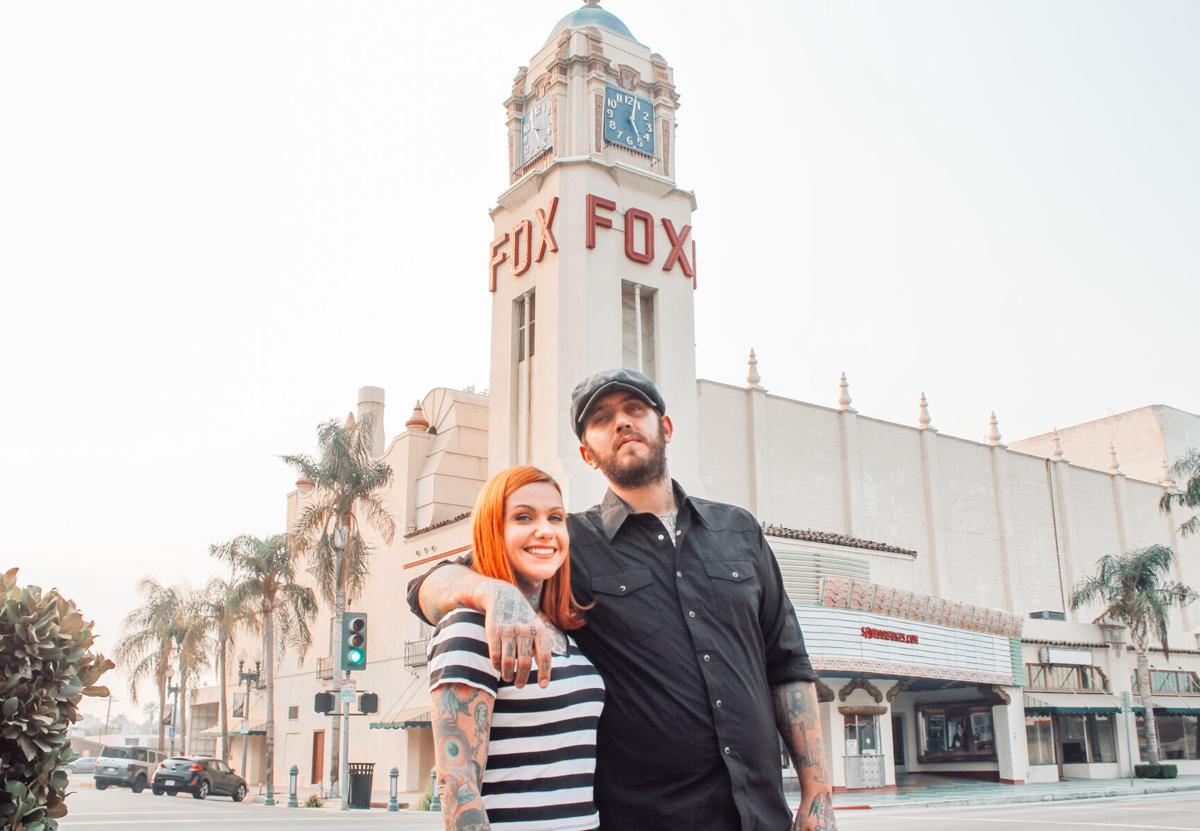 Sammy and Beth Kay of Revolution Vintage are working with the Fox Theater for marketing and merchandise of its "Live Stream Vaccine" virtual concert series. 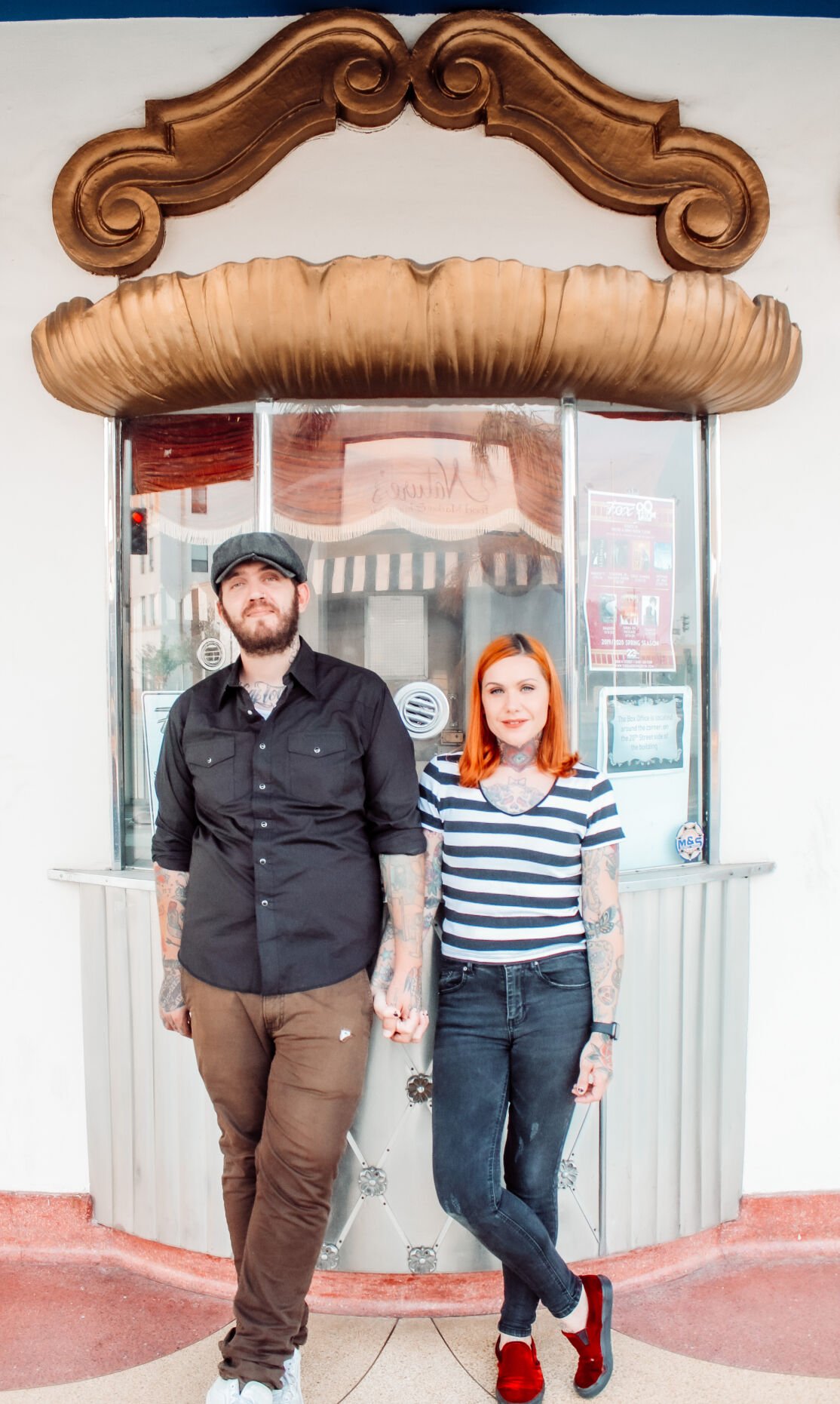 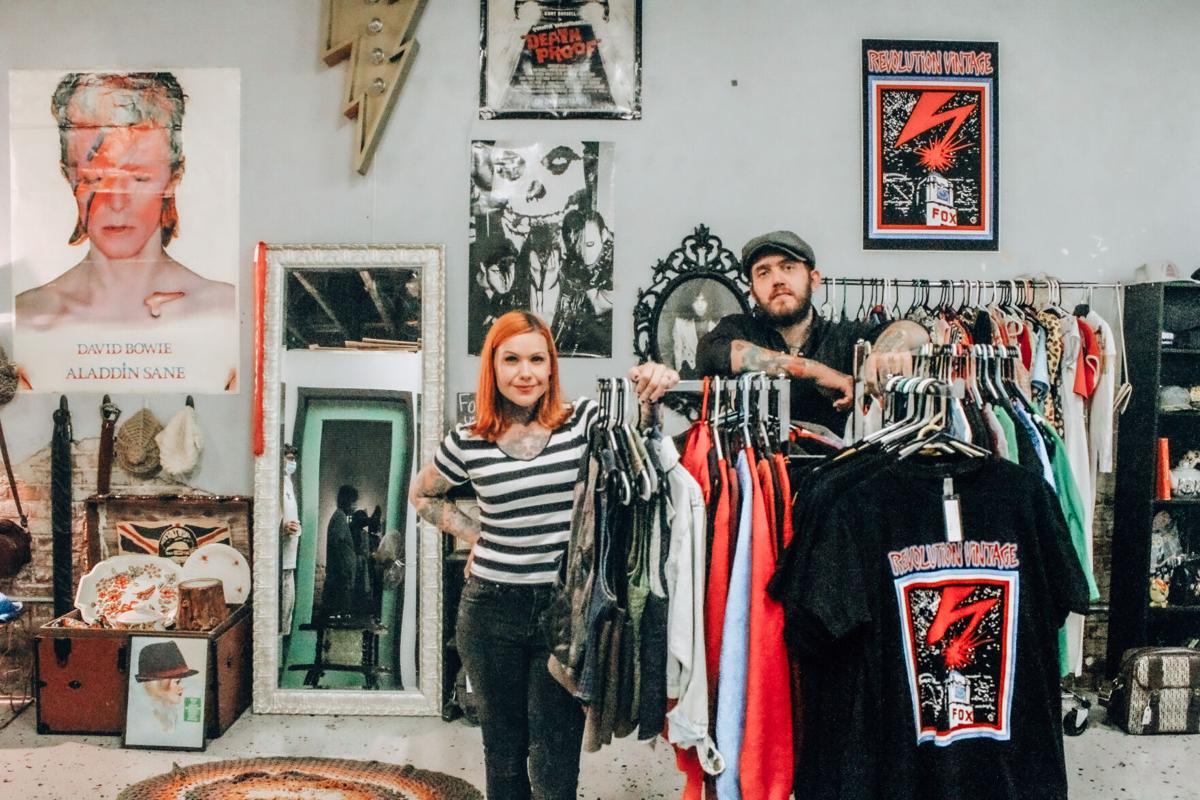 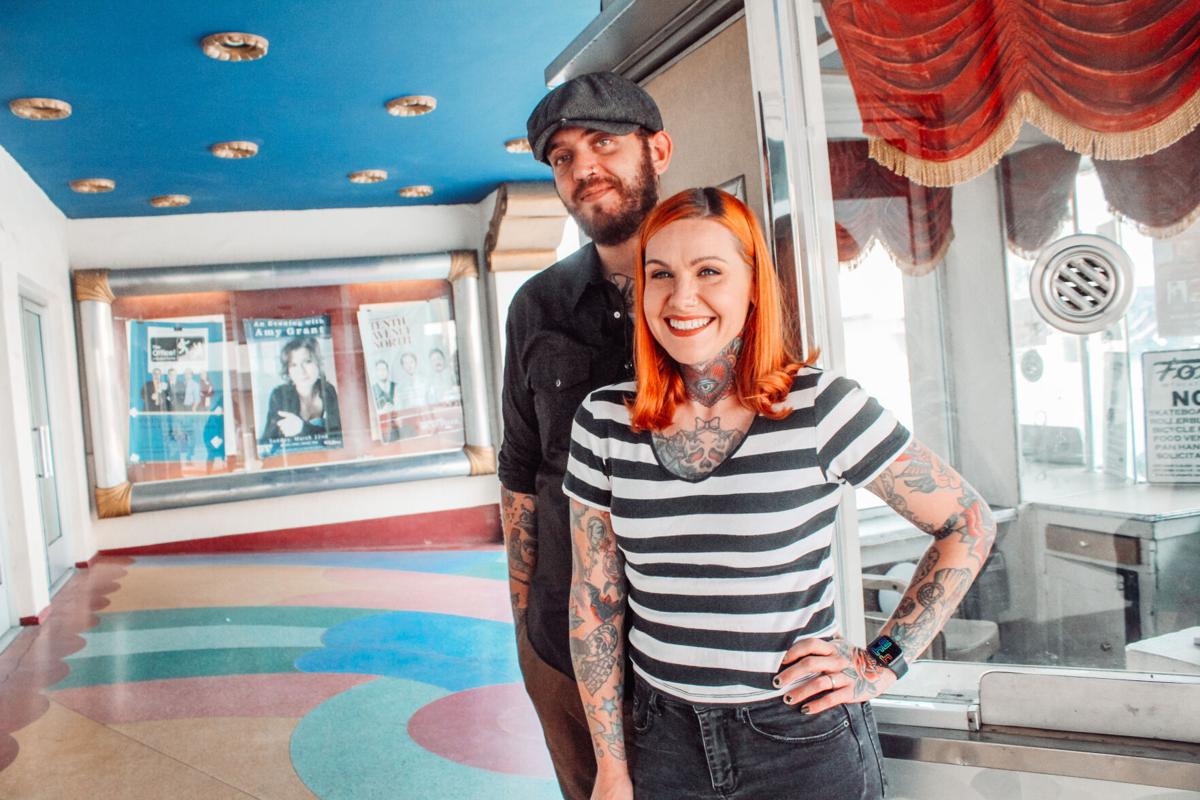 Sammy and Beth Kay of Revolution Vintage are working with the Fox Theater for marketing and merchandise of its "Live Stream Vaccine" virtual concert series.

With the rise of the internet, it’s never been easier for artists to distribute their music. Those not looking for the “big time” but just wanting to be heard can do so on every major platform to be listened to anywhere in the world with a click of a button.

Locally, quality independent record labels, like Phantom Stranger and the burgeoning Killer Kern, dispel the cliché of the predatory record label cheating musical artists out of their profits — and even the rights to their music — with the swish of a pen and the twirl of a mustache.

Now you can add Revolution Vintage to that list.

Owned and operated by husband and wife Sammy and Beth Kay, Revolution Vintage is the epitome of DIY marketing and manufacturing. It’s a bit of a local “one-stop shop” for musicians, serving as a record company and distributor, a vintage clothing store and a merchandise manufacturer.

“Really, what we’re doing right now is making an outlet for musicians — local and otherwise — to be able to put out a cool record with no risk,” said Beth Kay, 37. “That way, nothing is coming out-of-pocket directly. We want to help musicians that we know are great.

“There’s so much great talent that’s happening and it’s up to us to push it out there.”

I’ve known Beth for many years and remember when she told me that she had decided to parlay her entire savings to open a vintage clothing store. Soon after, she opened Revolution Vintage boutique in the back corner of Throwback Junction in 2019.

Sammy is a 31-year-old New Jersey native who’s navigated the rough seas of the music industry for years. He’s an acclaimed musician in his own right, having been covered by Rolling Stone and American Songwriter magazines and was a perennial touring artist who cut his teeth touring as either a solo act or as part of the road crew for various bands including The Slackers and The Skatalites. He became one of Bakersfield’s most seasoned musicians just by showing up.

With his connections and experience and her acumen in retail sales and business, they’ve developed a brand that encompasses both of their aesthetics and mutual strengths — not to mention their careers. If Beth is the head of this particular ship, Sammy is the motor. This entire enterprise is truly a family affair.

They’re also working in tandem with the Fox Theater and Visit Bakersfield, promoting the historic venue’s current “Live Stream Vaccine” concert series on social media and selling its merch on the Revolution Vintage website. The regal and bold commemorative red, black and gold T-shirts, designed by Chris Borbon, are quite striking.

Sammy Kay, along with the SoCal punk Americana act Caleb Henry and The Customs, will perform for the series this Friday, live streaming at 7 p.m. on the 23ABC News Facebook page and app.

As a record company, the business has put out releases since July, featuring both local (The Appletons) and nonlocal (The Pietasters, Vic Ruggiero) artists. As of now, all releases have been limited editions with print runs of around 25 to 50 copies, which, due to each run’s limited nature, tend to sell out quickly.

In fact, all of their record and merch sales are pre-orders, which has helped the Kays establish a pretty effective business and marketing strategy: Make what you sell, sell often, but just sell enough.

Some runs may get extended to sate demand, with different printings identified by small differentiations, but not for long. That limited availability is like catnip in activating collectors’ fear of missing out.

Revolution Vintage recently put out a trio of rereleases by Bakersfield bands that will sound familiar to anyone who attended shows at The Gate in the early aughts: “The Years Will Change You” EP by Farewell Spacecadet, a self-titled double EP by Redadare and the “T-Minus” LP by Mission:Tonight. Proceeds from each will go to a local business of the band’s choosing: Bakersfield Sound Co., Sandrini’s Public House and Self Serve Pet Spa, respectively.

With a few exceptions, the majority of the profits from all the releases go back to the artists themselves and the label stays away from any other releases the artists decide to do, digital or otherwise.

Upcoming Revolution Vintage releases include the self-described “gothic Americana” LP “Loop” by local musician NineFingers, aka David Tetz, on Oct. 14 and acoustic folk punker Jeremy White from Richmond, Va., two weeks later. There are over a dozen releases planned for the rest of the year.

They’re arguably not cheap, usually running between $20 and $50, but reasonable for such a unique musical artifact. Think of them as craft records. For a few dollars more, you can buy a package deal of a record with its corresponding merch — usually a T-shirt — getting you the most for your money.

Revolution Vintage is open to submissions. So if you still have that dream, this is one way to chase it. (Visit revolutionvtg.com or email them at revolutionvtg@gmail.com.)

Speaking of “getting discovered,” local singer Jim Ranger recently announced on his social media page that he will be appearing on the NBC singing competition “The Voice” on Oct. 19. Did he make it through to the main competition? Find out then, because whether it’s on vinyl or on TV, Bakersfield’s voices are being heard loud and clear.

All for Americana for Fox's latest virtual concert

Americana fans have plenty of reasons to tune in on Friday for the latest show in Fox Theater's "Live Stream Vaccine: The Entertainment Cure" …