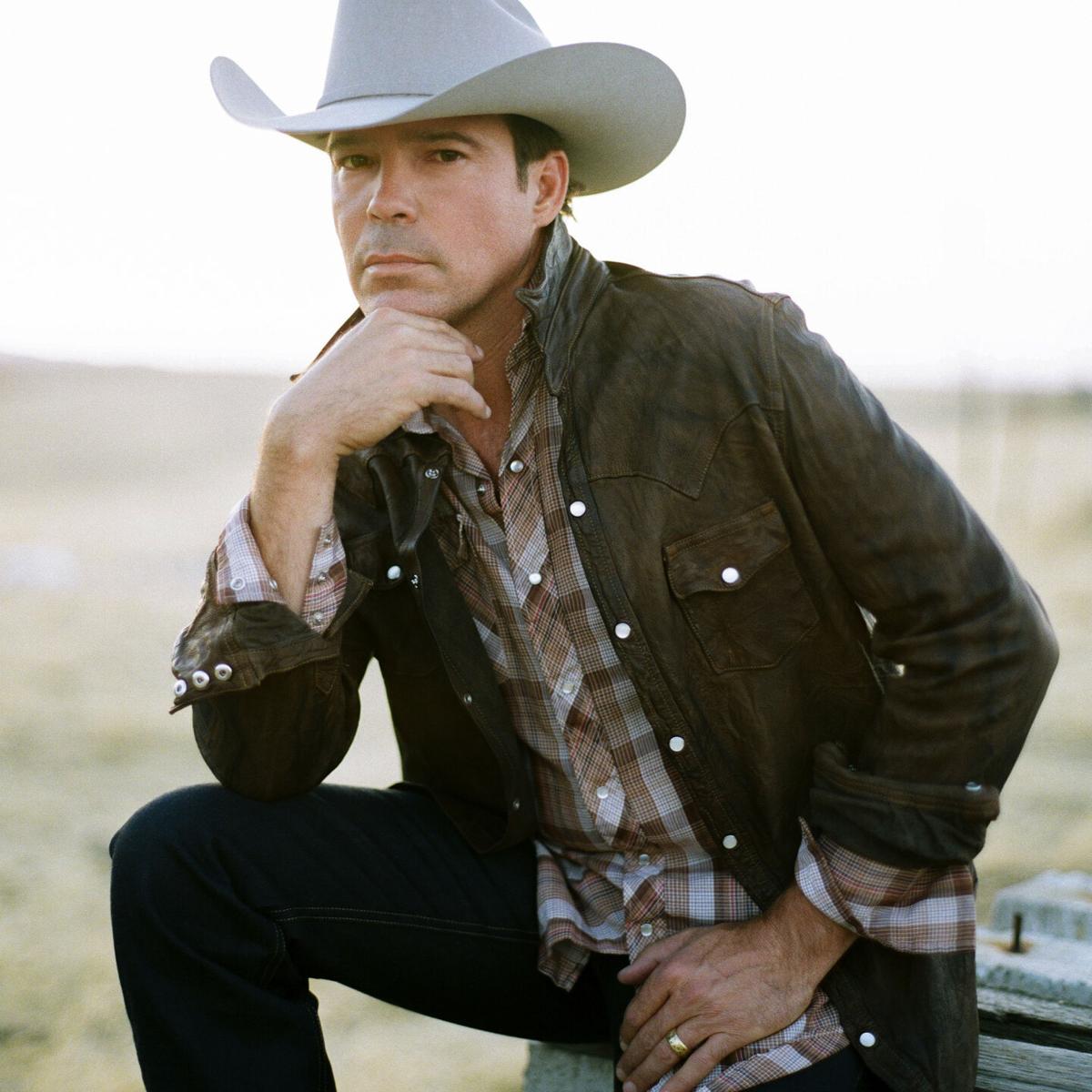 Clay Walker will perform at Mechanics Bank Arena on Aug. 12 with headliner Justin Moore. Walker's latest album, "From Texas to Tennessee," will be released on Friday. 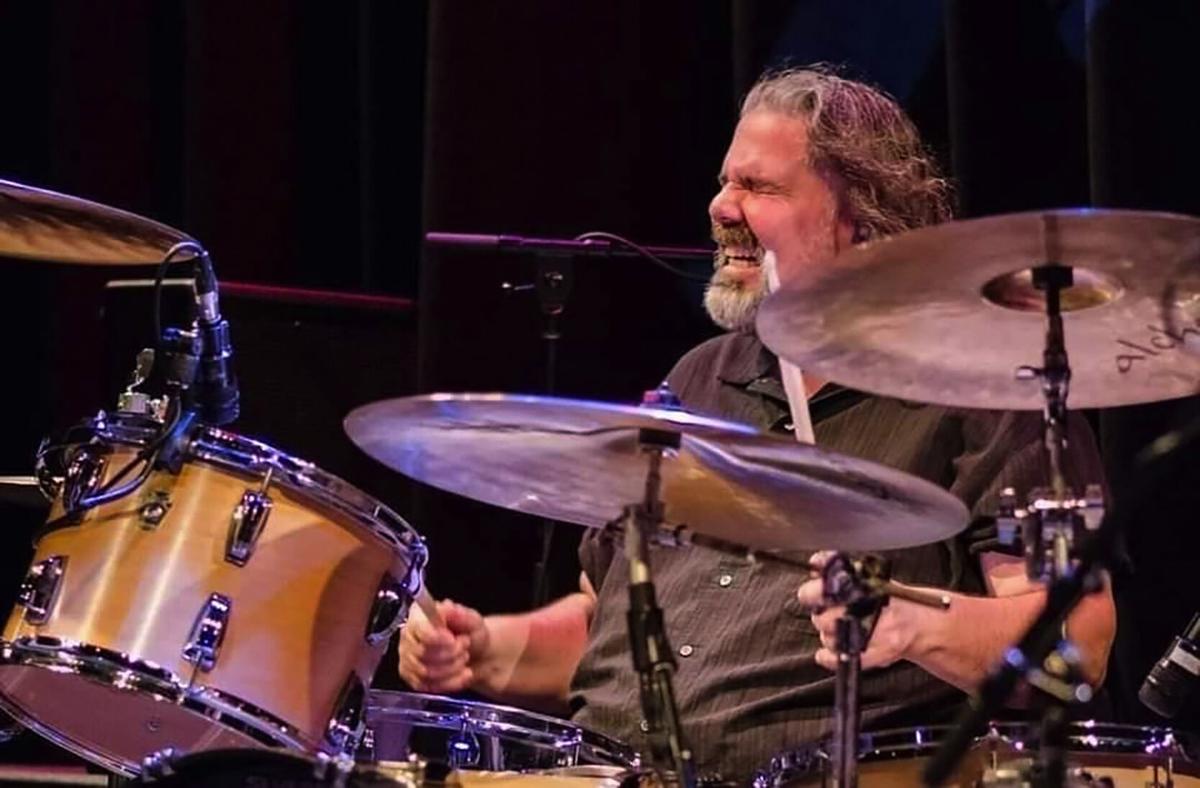 The Cattle Call Jam enters its 11th year Sunday at a new location, the Junction Diner & Lounge at the Best Western Hotel on Buck Owens Boulevard. It will be hosted by drummer Michael Leasure, who has played with Walter Trout and Edgar Winter.

Clay Walker will perform at Mechanics Bank Arena on Aug. 12 with headliner Justin Moore. Walker's latest album, "From Texas to Tennessee," will be released on Friday.

The Cattle Call Jam enters its 11th year Sunday at a new location, the Junction Diner & Lounge at the Best Western Hotel on Buck Owens Boulevard. It will be hosted by drummer Michael Leasure, who has played with Walter Trout and Edgar Winter.

Local country music fans will be in for a treat when Justin Moore and Clay Walker perform at the Mechanics Bank Arena on Aug. 12, just in time for Buck Owens' birthday.

"I love Bakersfield," Walker said during a phone interview from Beaumont, Texas. "Bakersfield is rich in country music history, obviously, with Merle Haggard, Buck Owens and others that turned country music on its ear. It wasn't just different, it was phenomenal. It really started a movement."

Moore might be the headline performer on the bill, but it's Walker's set that holds the most intrigue.

Walker, who turns 52 a week after the Bakersfield show, burst onto the country music scene in 1993 with his platinum-selling self-titled debut album that contained three No. 1 singles: "What's It to You," "Live Until I Die" and "Dreaming With My Eyes Open." Friday marks the release of Walker's 12th full-length album, "Texas to Tennessee," his first for the Show Dog Nashville label.

"Things have just skyrocketed and put me on a path that has been an enjoyable one; when something you've dreamed about happens. Having the kind of career I've had, I wouldn't have traded it for anything."

What struck me listening to "Texas to Tennessee" was the contribution each song lent to the distinct atmosphere of the album as a whole. Even with driving, energetic songs like the opener, "Anything to Do With You," the overall mood is almost pensive, exemplified by the album's first single, "Need a Bar Sometimes." Pedal steel guitars act like melancholy, spectral wails while the songs percolate with heartbeat consistency.

"All of the components of this album were designed to create something special and I believe it exceeded what our goal was," Walker said. "It was to create a record that was very true to who I am and at the same time write with current writers who have the voice of the new audience. And they did, and I feel like we just nailed it."

The title track is a sweet, midtempo ballad that's simply lovely. The song, co-written by Walker, Mark Nesler and Jennifer Hansen, is a love letter from Walker to his wife, Jessica. In the space between the lyrics is where most of the greatest meaning resides. The song practically shimmers like sunlight off rippling water.

"Life happens to people. Everybody's got a story," Walker said. "Mine with my wife is very, very special. She's a saint and we've had a great journey. A lot of it wasn't easy and getting to where we are today; looking on that road traveled, from Texas to Tennessee, which we've done many, many times for many reasons."

"When people listen to this song, they're going to hear one thing, and then when she and I listen to it together, we hear different layers of things. That's what songs are about."

Even with the undeniably moving title track, the best song of the album is "Catching Up With an Ol' Memory," which also happens to be Walker's favorite.

With a theme loosely inspired by the Keith Whitley song "This Is Just Between an Old Memory and Me," the song is told from the point of view of a man ruminating over his past with a drink in hand. Much like the album "Texas to Tennessee'' itself, it's both haunting and hopeful.

"That song resonates with a lot of different audiences," Walker said. "(The songwriters and I) started talking about the setting and I said, 'I don't think this guy is sad.' The other writers went, 'What do you mean?' I think it's a moment he's experiencing: remembering something that sounds lonely but it's a good memory for him. So he's not going to ruin it by being sad. He's just ... 'catching up with an old memory.'"

Walker's laughter at recounting the the excitement the songwriters had to that last epiphany ("No way!") was contagious in its enthusiasm. He really is a fan, as well as a student, of country music, its history and its process, specifically when it comes to songwriting. He observes, adapts, learns and evolves, and based on the strength of "Texas to Tennessee," Walker doesn't appear to be slowing down. His fire is just getting started.

JAM AT THE JUNCTION

After years of being at O'Hennings Bar, the Cattle Call Jam will start at its new home Sunday at the Junction Diner & Lounge at the Best Western Hotel, kicking off its 11th year.

KayKay Jagger, the event's hostess, coordinator and founder, is excited about the change to what has become a quality meeting place for musicians for more than a decade.

"I want everyone to come out and support the Cattle Call at its new home at the Junction," Jagger said. "I want to recreate the vibe of old. Bring your friends."

No friends to bring? Make new friends at the Cattle Call.

These events are a great opportunity to network, mingle and enjoy the music of all genres, not just blues. A drum set and bass cabinet will be provided so all potential players need to bring are their drumsticks, guitars and guitar amps.

I can say from experience that these Cattle Call Jams are a blast, regardless if I'm playing or not. This inaugural Jam at the Junction will be hosted by drummer Michael Leasure (Walter Trout, Edgar Winter) whose jovial manner will keep the day's event running smoothly. The Cattle Call Jam runs from 2 to 6 p.m. at the Junction, 2620 Buck Owens Blvd. It is free to attend and is 21 and over. Food will be available for purchase.

Future jams will be held the first Sunday of the mont at the Junction.