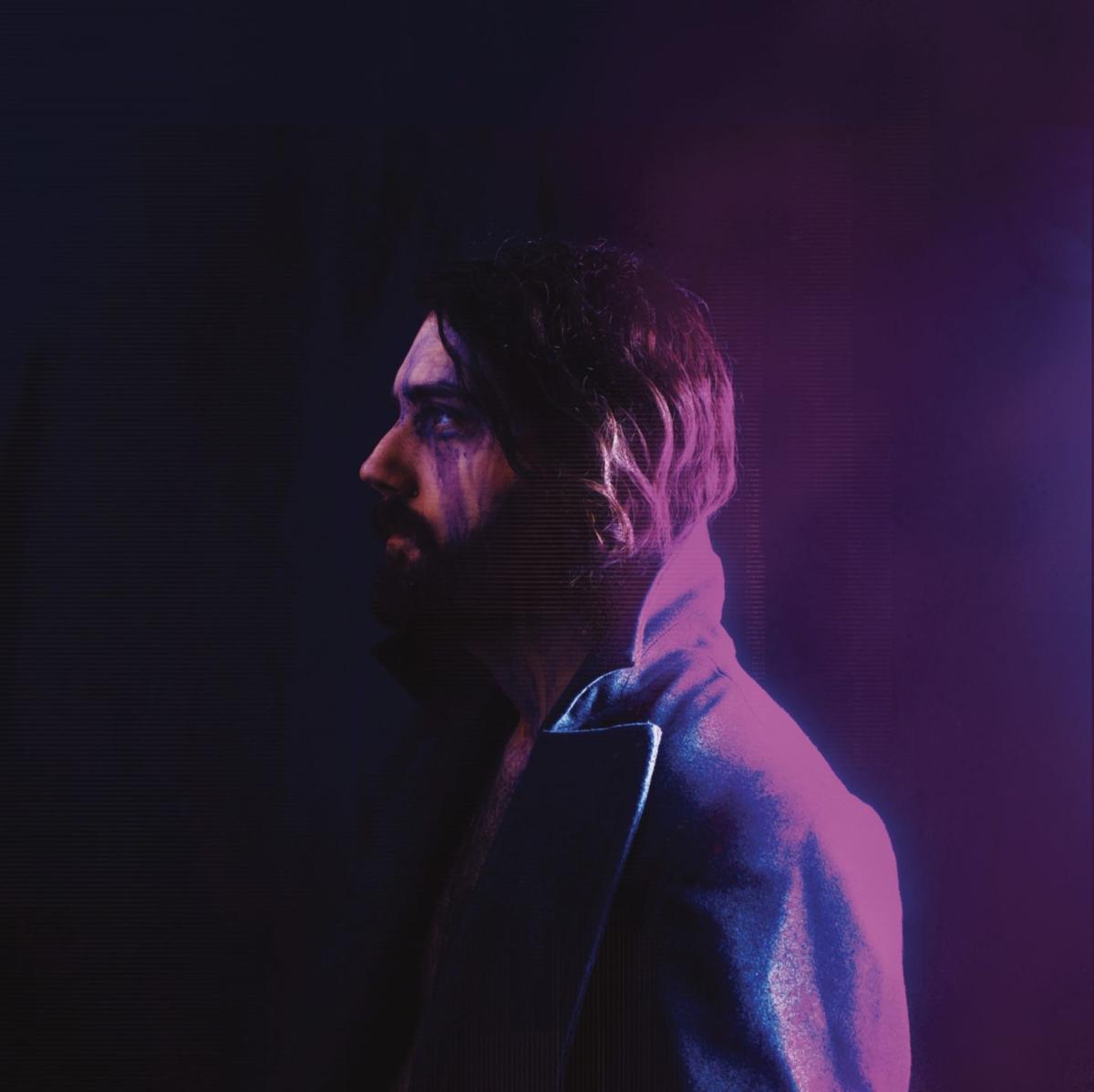 Baron Minker, aka Dane Forst, recently released his debut single, "Anthem of the Rich and Bored." 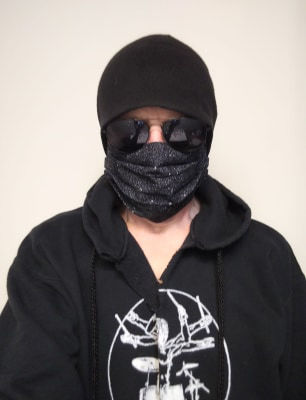 Preston Nash's "666 Feet Away" is a short, witty blast of punky hard rock humor. It's available to watch on YouTube. 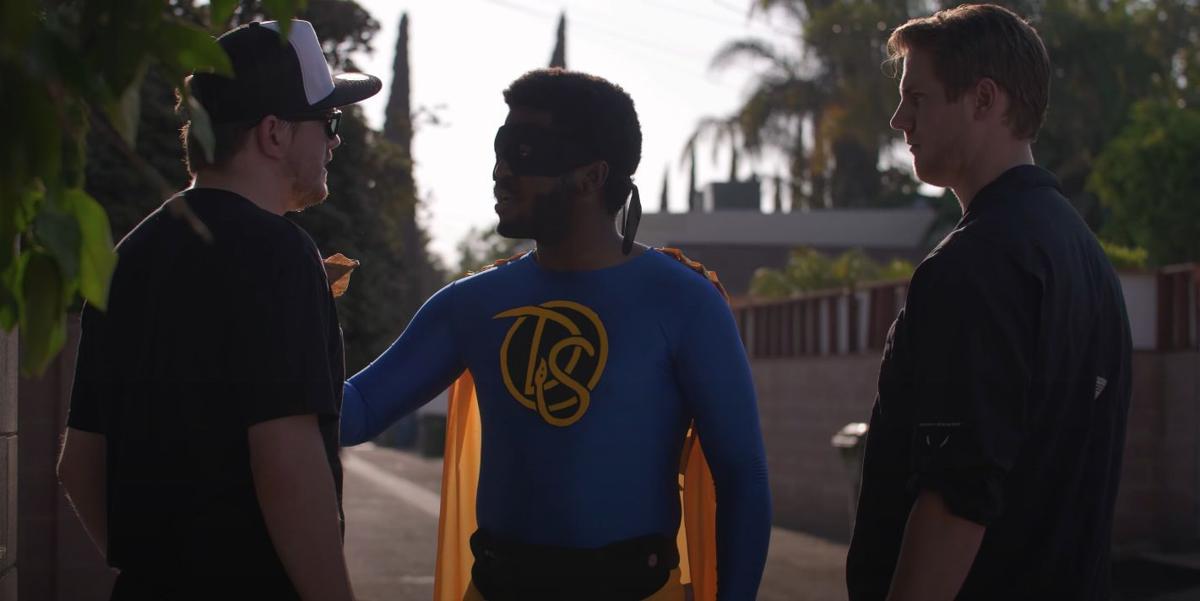 From left, Ian Thompsett, Raymond Hayse and Tyler Kohn in a scene from "Duke Scorpion: The Sting of Justice," which is available to stream on YouTube. 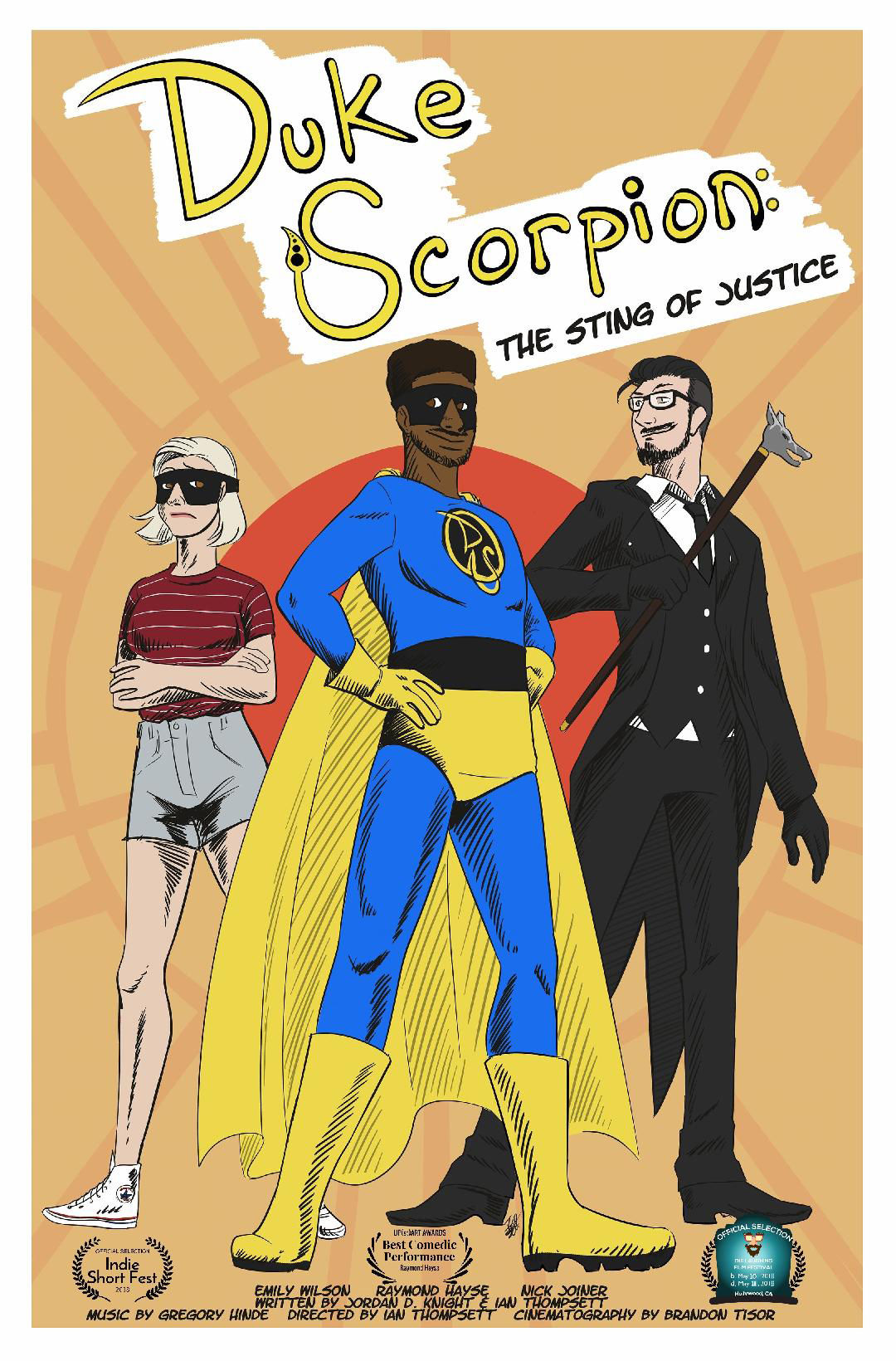 The poster for "Duke Scorpion: The Sting of Justice" is a funny short-film debut from director Ian Thompsett and is available to stream on YouTube. 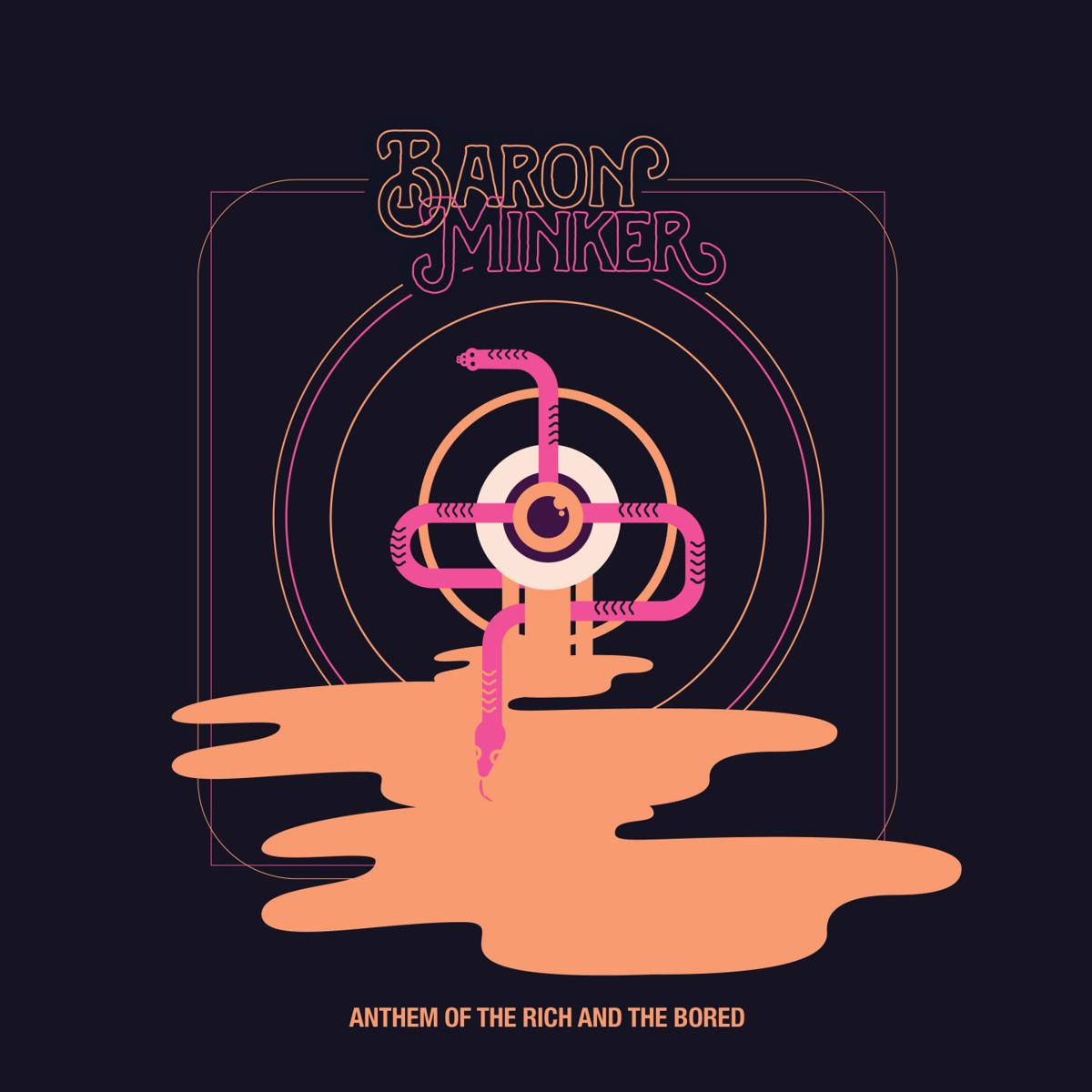 "Anthem of the Rich and Bored" is the debut single by Baron Minker, aka Dane Forst, and is available on music streaming sites.

Baron Minker, aka Dane Forst, recently released his debut single, "Anthem of the Rich and Bored."

Preston Nash's "666 Feet Away" is a short, witty blast of punky hard rock humor. It's available to watch on YouTube.

From left, Ian Thompsett, Raymond Hayse and Tyler Kohn in a scene from "Duke Scorpion: The Sting of Justice," which is available to stream on YouTube.

The poster for "Duke Scorpion: The Sting of Justice" is a funny short-film debut from director Ian Thompsett and is available to stream on YouTube.

"Anthem of the Rich and Bored" is the debut single by Baron Minker, aka Dane Forst, and is available on music streaming sites.

One of the benefits of living life online at the moment is in broadening our scope of what “local” is. Recently two artists with ties to Bakersfield but who live in other states have put out new releases.

The first one is by Dane Forst, the former frontman of the local indie-rock band The Architecture, who moved to Portland (another one!) in 2014. As with other Bako-to-Portland transplants Jonah Gallon, Elle Archer and Hannah DiMolfetto, Forst has reinvented himself, specifically under the moniker Baron Minker with his latest single “Anthem of the Rich and the Bored” available to stream online.

It’s a synth-heavy uptempo number with Forst singing about his disillusionment with governmental and religious structures. The song channels that anxiety and restlessness into layers of fuzz guitar and a driving beat. It’s disorienting, overwhelming and hypnotic, and the theme of becoming disillusioned with our leaders, relatable and timely.

The trippy video, also done by Forst, features eerie ghostlike figures dancing in the background while a disembodied DayGlo sherbet-colored skull sings the song, its jaw barely moving. It’s haunting and catchy in the best tradition of 1980s post-punk. It’s the first single off Baron Minker’s upcoming self-titled album due out on June 5.

“This whole situation has personally brought me closer to people I love and hammers home the idea that distance is somewhat of an illusion,” Forst said. “We will find ways to connect because we are meant to."

Another release with local ties is from multi-instrumentalist Preston Nash, who lived in Bakersfield with his wife, Rocky, and their family for many years through the aughts. For a short while, the two were everywhere. Rocky was the co-hostess of “The KRAB Morning Show” with Jarad “Meathead” Mann on 106.1 KRAB radio from 2005 to 2010 and the husband-and-wife team also had a band called Rocky Na$h. (Disclosure: I performed with this band). They put out a self-titled CD in 2007, played relentlessly for years and Preston even worked as the music director for a Kern County high school in 2005.

The family moved back to Rocky’s home state of Indiana in 2011 where Preston put his years of teaching to use as the coordinator of the ASH ROCK program at the Sam Ash music store in Indianapolis.

Preston also had his hands — and feet — full, scheduling ASH ROCK lessons, combos, private drum students of his own (Nash studied music at Montclair State University) and with his own band, Gasoline Chaser. All of this while being a father to three and a grandfather to two.

When the COVID-19 pandemic landed, everything was put to a screeching halt. A familiar story these days and a heck of a momentum stopper for Nash. So out of a need to let off some steam, or out of his restless desire for expression, Preston wrote, recorded and released a video for his one-off song, “666 Feet Away.”

What’s it about? Well, it’s about observing social distancing and staying “6-6-6 feet away from me.” It’s a clever use of the heavy metal “666” trope and the wit even extends to the lyrics: “I got something to say, read my lips / oh wait, you can’t, I’m wearing a mask.”

The video, done in and around the Nash residence, also has the family joining along, with son Harley adding a guitar solo. It’s a neat little nugget of punkish hard rock humor.

“Ironically, something that has forced us to separate from each other has also united us,” Nash said via email. “We're all feeling the effects ... Bakersfield, Indianapolis, everywhere. The good news is we have outlets to connect and share. That's why I shared a little creative spin on our isolation that I hope at least gives 2 minutes 15 seconds of levity to those who watch.”

Although it's been out for more than a year, the short film “Duke Scorpion: The Sting of Justice” recently came across my radar. It’s the debut work by 24-year-old local filmmaker Ian Thompsett, who’s since relocated to Burbank.

The short film (around 15 minutes) tells the tale of Duke Scorpion, a woefully incompetent and well-intentioned 20-something played by Raymond Hayse, who fights crime in his blue-and-yellow superhero costume that makes him “look like Booster Gold.”

Scorpion even has his own nemesis, the sneaky and derisive Captain Nightmare (Nick Joiner) who follows and taunts Duke Scorpion and undermines him on social media. Emily Wilson plays Veronica, a journalism student whom Scorpion, in his secret identity, attempts to court — at Dagny’s Coffee Co., no less.

Of course the “heroes” are just young men playing dress-up, and of course they’re incompetent and everyone can see right through them, and of course they get in way over their heads. But it’s the way these two end up becoming this endearing nouveaux Quixote and Sancho that make this short film so charming. An especially nice touch is the drum-set-centric score by Gregory Hinde that’s reminiscent of Antonio Sánchez’s from the 2014 movie “Birdman,” another movie about make-believe superheroes of the mind.

The film made it to a couple of different film festivals and nabbed Hayse an award for best comedic performance at the 2018 UPST(art) Awards. It’s silly but not absurd and funny but not snarky. It can only be found on YouTube for now. (Look for it by its full title or you’ll find yourself immersed in "Mortal Kombat" videos.)

Baron Minker — "Anthem of the Rich and the Bored"

"Duke Scorpion: The Sting Of Justice"