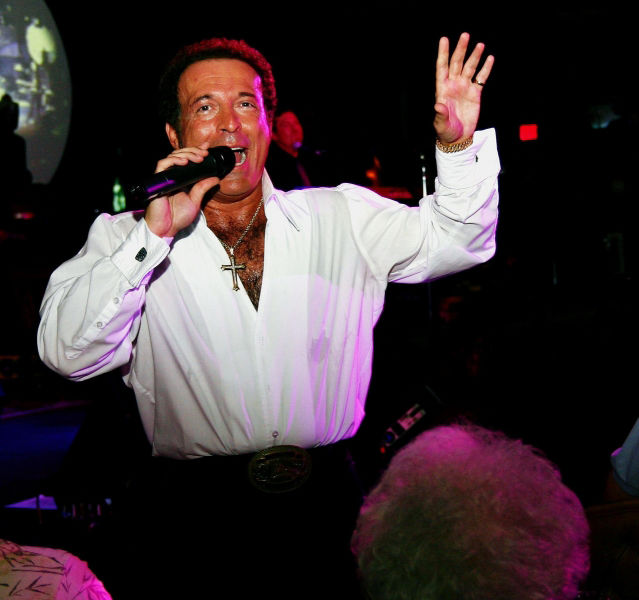 Tom Jones impersonator Harmik has the confident swagger and confidence to pull off an entire show as the world-famous Welsh singing icon and he will be performing that act at the Bakersfield Music Hall of fame this Friday. 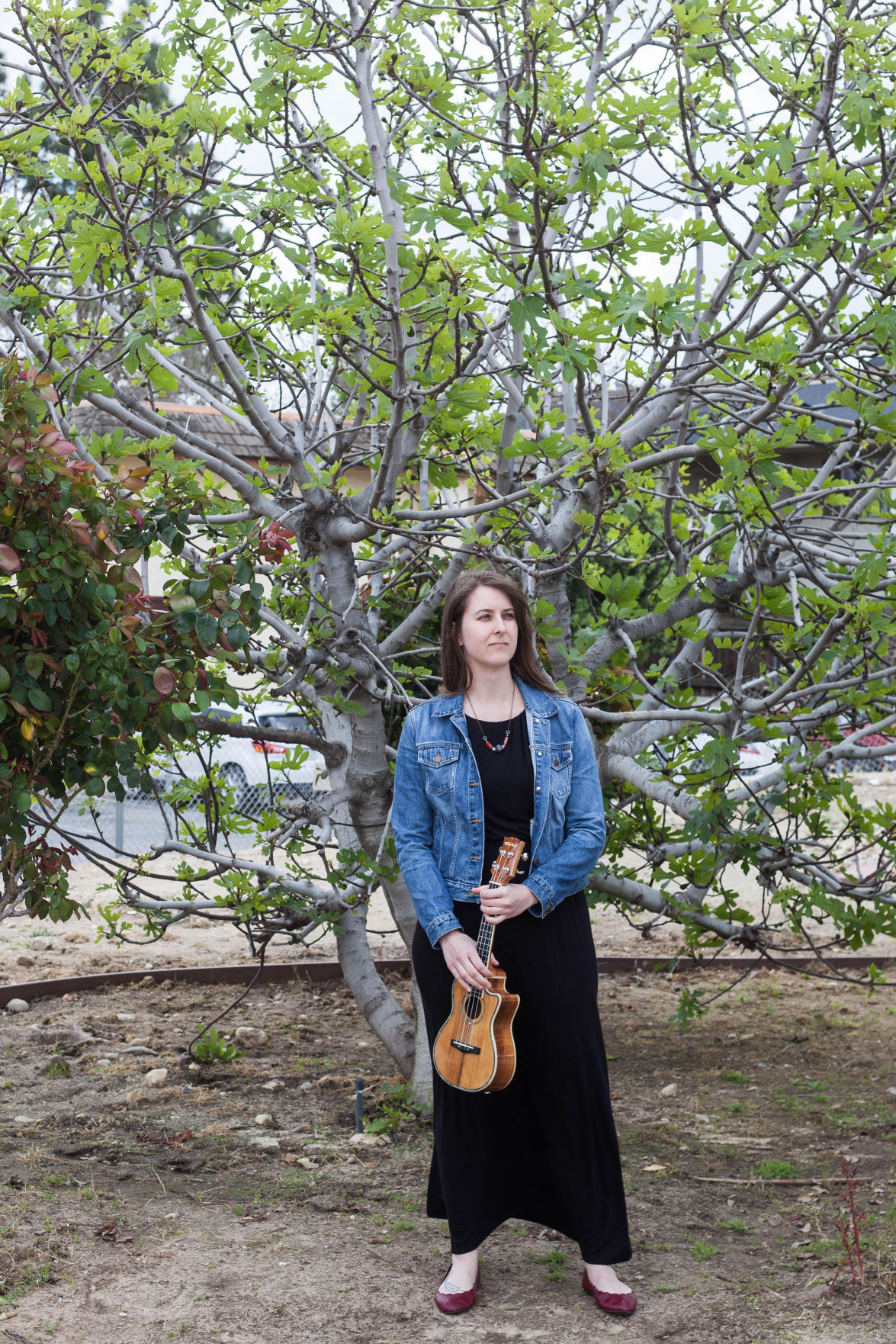 Singer-songwriter Ariel Dyer has become a fixture on Bakersfield stages. She will perform an “Anti-Valentine’s Day” show with fellow acoustic musician Kristen Falls at Dagny’s Coffee Co. this Saturday. 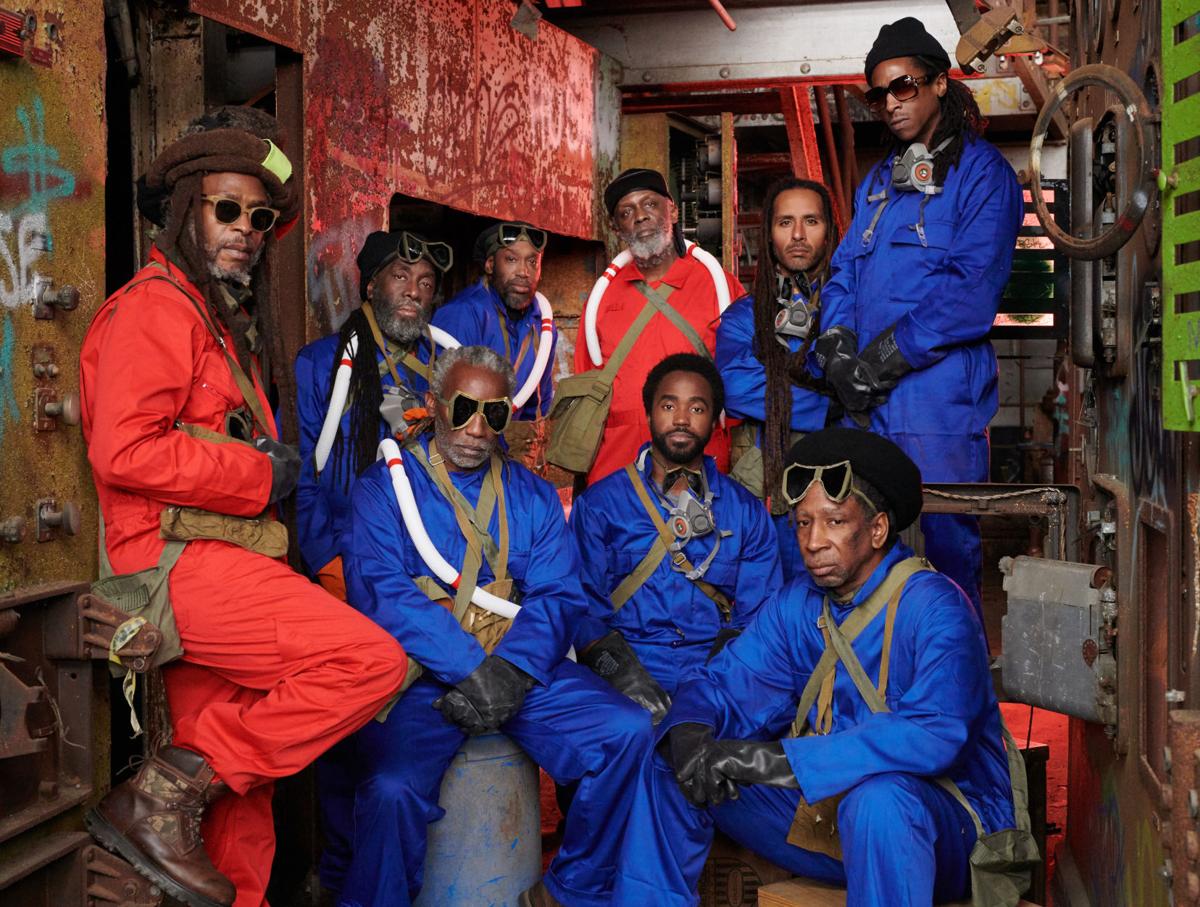 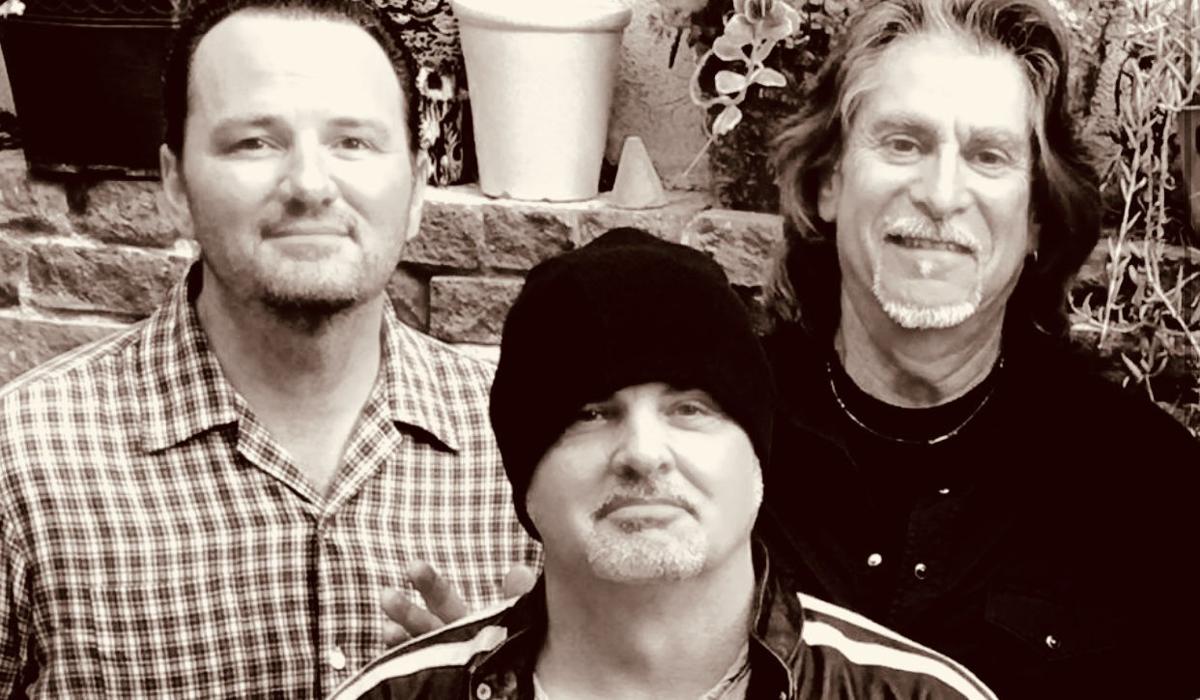 The Bakersfield/Ventura-based group the Tex Pistols will debut its acoustic trio with bassist Brent Harding, left, of Social Distortion joining Teddy Spanke, center, and Ed Berghoff for the show Sunday at O'Hennings Bar.

Tom Jones impersonator Harmik has the confident swagger and confidence to pull off an entire show as the world-famous Welsh singing icon and he will be performing that act at the Bakersfield Music Hall of fame this Friday.

Singer-songwriter Ariel Dyer has become a fixture on Bakersfield stages. She will perform an “Anti-Valentine’s Day” show with fellow acoustic musician Kristen Falls at Dagny’s Coffee Co. this Saturday.

The Bakersfield/Ventura-based group the Tex Pistols will debut its acoustic trio with bassist Brent Harding, left, of Social Distortion joining Teddy Spanke, center, and Ed Berghoff for the show Sunday at O'Hennings Bar.

For anyone wanting to add a bit more ’zazz into their Valentine’s Day than just watching some Netflix and eating pizza — not that there’s anything wrong with that — here are a few options. All shows are on Friday and are 21-and-over unless otherwise mentioned.

The Tower Craft Bar & Grill (1200 Truxtun Ave.) will hold its own Valentine’s Dinner & Dance with Wendy Milan & the Alleycatz, J2 & the Bizzness and DJ Noe G. Tickets for the show only are $15 and $150 for the dinner/show package, which includes — and this is a nice touch — a rose from Log Cabin Florist and a swag bag from Nailed Beauty Salon. Doors open at 5:30 p.m., dinner starts at 6:30 p.m. and the show starts at 9 p.m. Call Icon Events at 472-1007 for tickets and more information.

This one is going to be a hoot. The Bakersfield Music Hall of Fame (2231 R St.) has booked Tom Jones tribute performer Harmik.

Praised in the show’s description as the “internationally recognized and praised” and the No. 1 Jones look- and sound-alike in the world, Harmik’s definitely got his act down. From Jones’ moves, to his voice, both bellowing and plainspoken, to his chest hair and that open white dress-shirt, Harmik’s immersion into his character is as method as it gets. He even refers to himself in character. Watching video of him performing, you can practically smell the Weil Paris Secret De Venus cologne.

As far as longevity goes, Harmik’s put in the time: He started his act in the late 1970s, leaving it to support his family as a decade-appropriate equities trader in the 1980s and returning to his act full-force in the 1990s. Harmik has the confident, assured swagger and charisma to pull off a full show as Tom Jones. Expect a lot of crowd interaction and all of the not-unusual hits including the classic “My Way,” the performance of which may be a bit of a paradox, since after all the years and all the mileage, Harmik might be singing it in character as the Welsh singer, but could just as easily be singing it about himself.

Led by the inimitable Joey Zaza, Rockamole will be at the Chalet Basque (200 Oak St.) performing a wide range of enjoyable covers. Zaza and his band are the epitome of our local musical unsung heroes: consistently working and consistently rewarding. They start at 8 p.m.

Speaking of consistently working, debonair country singer Vince Galindo will perform a solo acoustic set from 7 to 9 p.m. at Cafe Smitten (909 18th St.), which will include odes to love as well as odes to its woes. (Don’t get this confused with the new Smitten, which opened in November at Grand Island Village in the southwest.)

And for those of you who are more “humbug” than “love bug” during the Valentine’s season, here’s a show for you. Acoustic performers Ariel Dyer and Kristen Falls will host an “Anti-Valentine’s Day” show at Dagny’s Coffee Co. (1600 20th St.) this Saturday from 5 to 7 p.m.

Lastly, for the real late-gamers, I recommend the Cults & Classics screening of “Roman Holiday” at the Fox Theater (2001 H St.) this Monday at 7 p.m. The 1952 romantic comedy stars Audrey Hepburn, who won an Oscar for her role as a princess in hiding, and Gregory Peck as an observant reporter and her budding love interest.

It’s a delightful gem of a movie, if not for the sight of the lovely and joyous Hepburn putting around Rome on a Vespa scooter as it is for its melancholy ending that’s as clear-eyed as it is wistful. At a frugal $5 a ticket, I guess it also goes to show that, even with love, sometimes it pays to wait.

Bakersfield/Ventura quartet the Tex Pistols, who will be at O’Hennings Bar this Sunday, perform material with some real emotional heft. They’re just as effective at getting people on their feet with their brand of Americana-based alt-country as their songs are to linger in your ears after the show is done.

This show also marks the band’s Bakersfield debut as an acoustic trio featuring Brent Harding from Social Distortion on bass. There’s also the one-two-punch of guitarists Ed Berghoff and Teddy Spanke, who, much like their band, come across unassuming, but definitely leave an impression with their impeccable musical skills and song choices. Check them out.

British reggae act Steel Pulse returns to Bakersfield this Sunday to perform at the 1933 Event Center. The excellent Grammy Award-nominated 2019 album “Mass Manipulation” sees the band effectively and boldly exercising its social consciousness throughout, especially on the title track and the fiercely straightforward and sobering track “Don’t Shoot.” The band’s cover of Steve Winwood’s “Higher Love,” embraces the song’s call for faith and unity and, in context, provides a glimmer of hope in the midst of all the death, injustice and chaos.

Steel Pulse has been at the top of its game for decades and is quite simply one of the most superb reggae acts on the planet. For the uninitiated, start with “Mass Manipulation” and their 1984 album “Earth Crisis” and go from there. I say this with complete confidence: You will be moved inside and out. Very recommended.