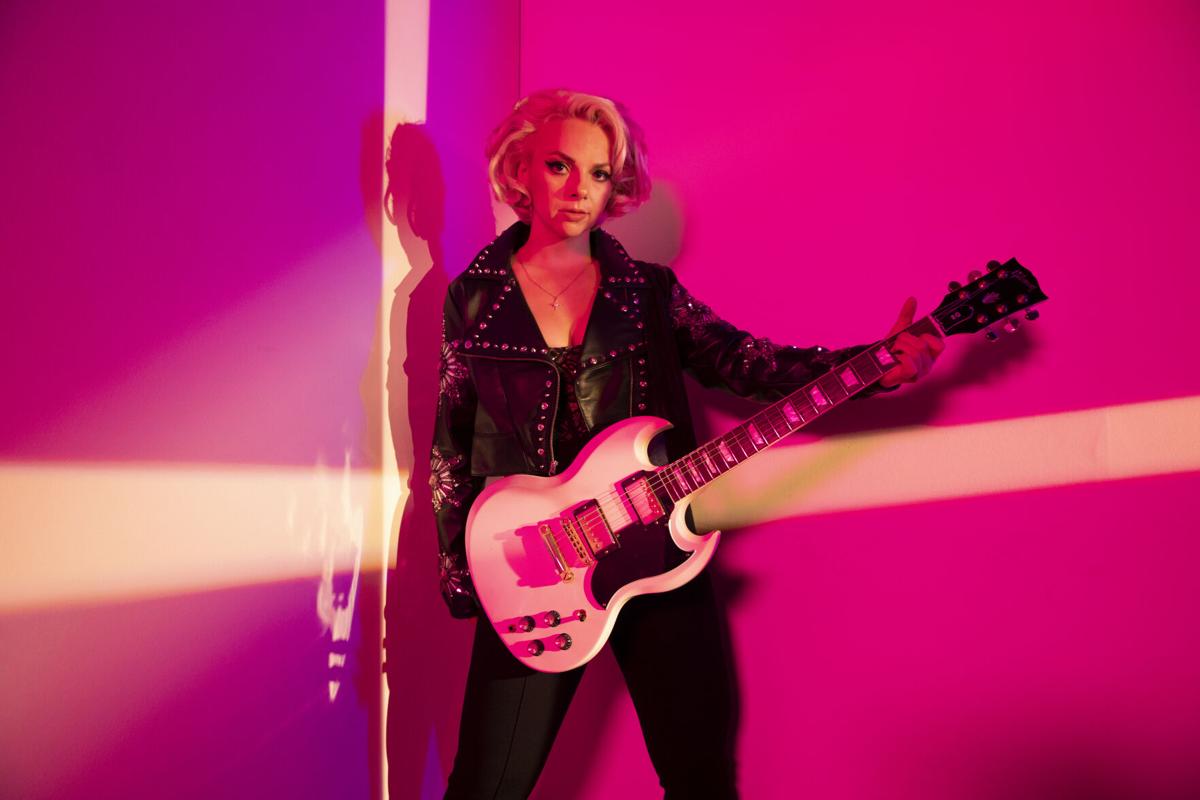 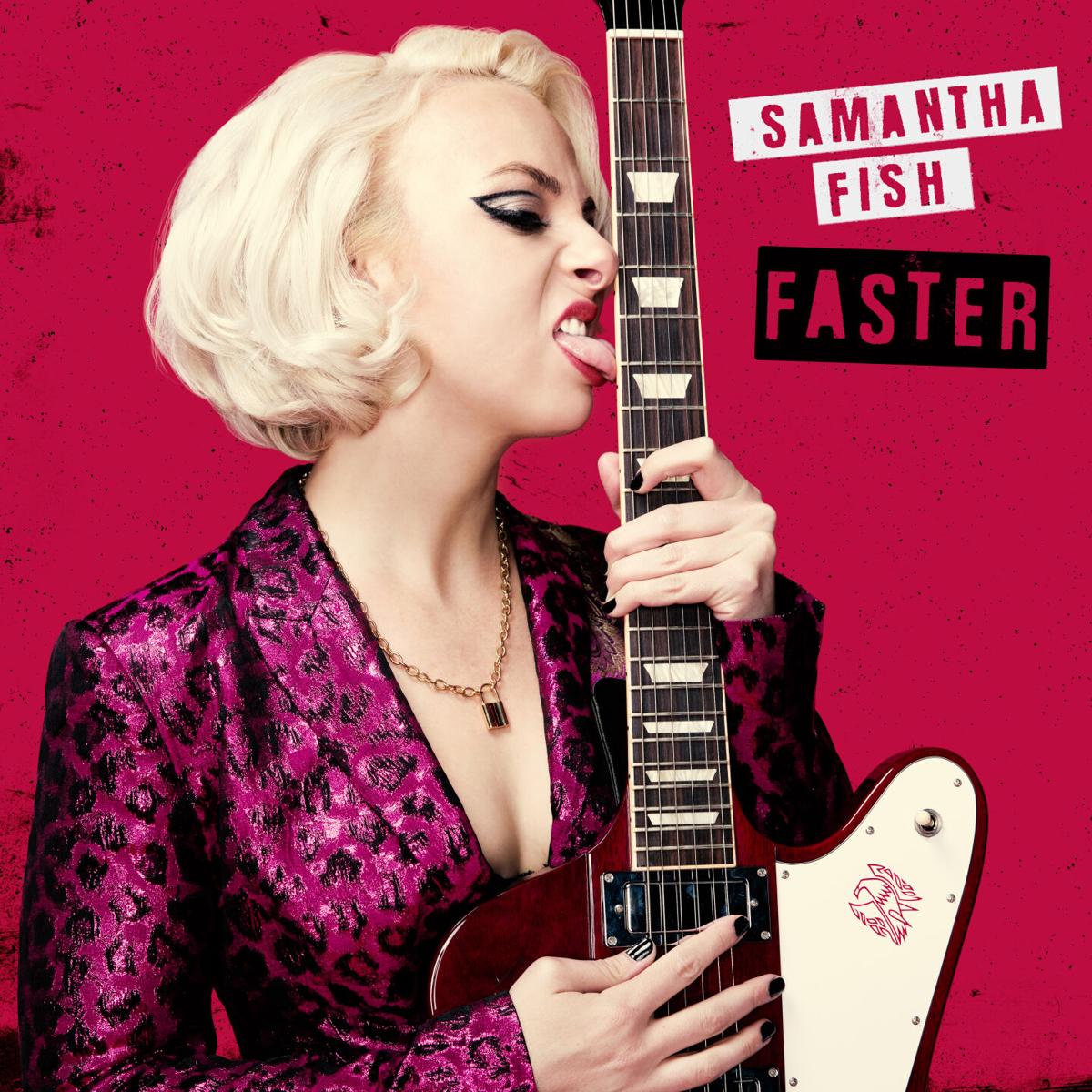 Blues-rock sensation Samantha Fish, whose new album, "Faster," was released this month, will perform at World Records on Oct. 2. 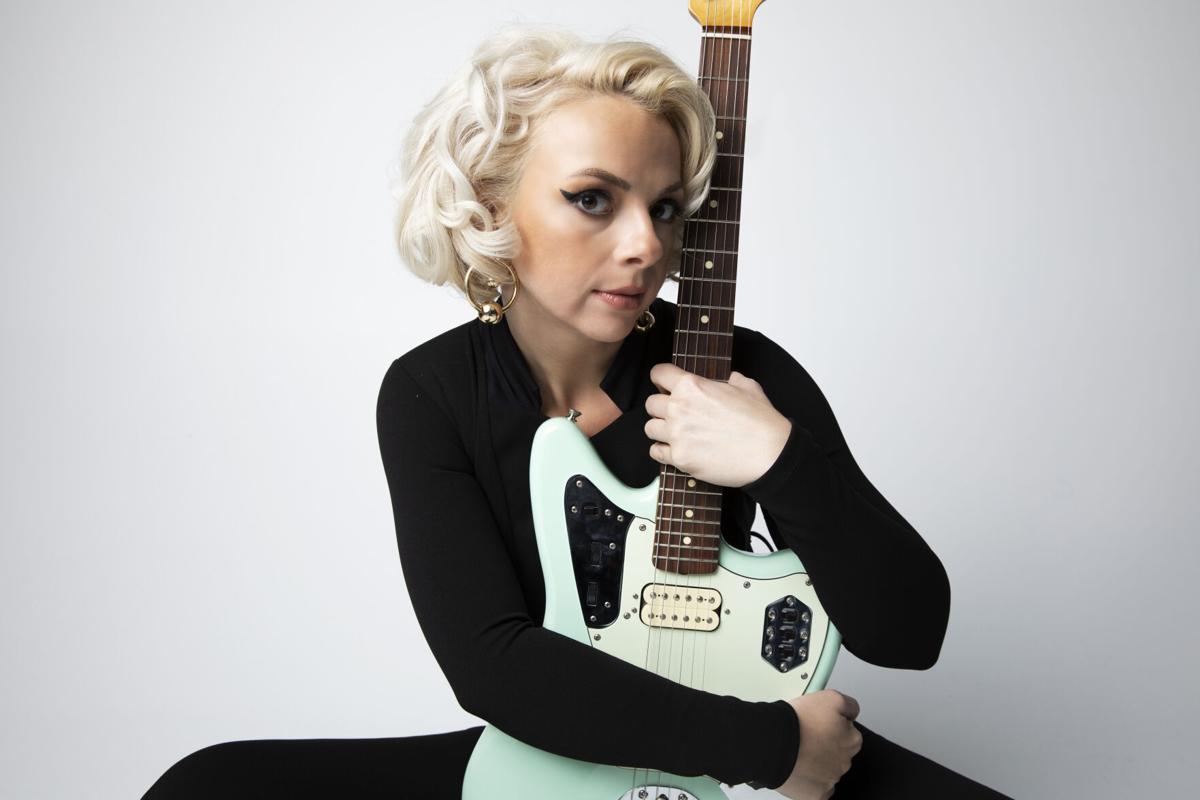 Blues-rock sensation Samantha Fish, whose new album, "Faster," was released this month, will perform at World Records on Oct. 2.

Samantha Fish is a world-class talent. A 32-year-old award-winner with an impeccable guitar tone and a knack for writing unique and catchy melodies.

She's skilled, talented, magnetic, sultry and gaining momentum on the strength of her latest album "Faster" (released on Sept. 10). On it, Fish has broadened her genre-busting sound with aplomb. She will be performing at World Records on Oct. 2 as part 103 of their just-about-infinite "No Stinkin' Service Charge Blues Series."

"I want to execute these songs in a way that does them justice because I feel like they're so big," said Fish in a phone interview from Nashville, Tenn., where she and her quartet were rehearsing to ably capture the album's broad sonic palette.

"They're larger than life. They sound huge on the record so it's a challenge to do this with just four people when, if you listen to the record, there are some subtle and not-so-subtle layers. I want to pull this off in a good, old-fashioned rock ’n’ roll band."

"Martin had a really good vision for how we wanted to execute these songs," Fish said. "The preproduction on this record was really efficient. We mapped it out in such a way that the skeleton was already there."

The album is both an evolution and a transition for Fish whose musical foundation growing up in Kansas City, Mo., was as much blues as it was radio-friendly riff rock, acoustic bluegrass and country (including raunchy truck-driving songs), obscure influences like Madeleine Peyroux, Dan Hicks and His Hot Licks, John Hiatt and Lyle Lovett, alternative college rock, and even an uncle who "looked like Zakk Wylde" and shredded on guitar. Heavy metal squeals and all.

Fish's family is musical and her sister, Amanda, is also a successful musician in her own right, whose 2018 album "Free" debuted at No. 6 on the Billboard Blues Artist Chart.

"Faster" teems with generous use of synths, which Fish first began to explore on her 2019 album "Kill or Be Kind," electronic drums (especially on the song "Hypnotic") and even ventures into rap on the song "Loud," which features Tech N9ne performing on a particularly inspired verse.

"We got him singing, man!" said Fish. "Synthesizers and rock ’n’ roll music is nothing new. We've been doing it since the late 1970s, right? I think it's a fun challenge to mix old with new, to cross genres, and I think it's just as important for the growth of the genres."

Under, and along with, all of that ear candy beats the album's sometimes broken heart. On the contemplative "All the Words," the instrumentation is broken down to voice, organ, piano and guitar. A lonely tambourine makes a cameo right when everything that's been needed to say has been said: goodbye, "’cause a caged bird never flies."

My favorite track of the album, the growling, bouncy "So-Called Lover," is reminiscent of "Wolf Like Me" by TV on the Radio and "Don't Drag Me Down" by Social Distortion. Familiar territory for the prolific session legend Josh Freese who performed drums on the album with Diego Naviara of The Last Bandoleros on bass.

They nail the groove here, expertly supporting Fish's oddly angular and defiantly lilting chorus. Both Freese and Naviara worked with Kierszenbaum with Sting.

"Josh is a pro. He knows what the song is calling for," Fish said. "The dude's done this a few times, is all I'm saying. Diego killed it, too. He came in and had such a command of the songs and was very assured. I felt like I was in good hands with them, honestly. I've been very blessed with studio musicians in my career and working with Josh, Diego and Martin is a highlight for me for sure."

Fish is also adept at coming up with a solid turn of a phrase, like on the song "All Ice and No Whiskey" (ha!), where Fish's vocal melody takes some delightful twists and turns over a thick and funky groove.

But I believe that the song on "Faster" that best encapsulates Fish's almost supernatural ability to move in different directions with such imaginative facility is the track "Together Forever." The intro and verses are dark and slightly warped, the choruses soaring and poppy. It's a real dichotomy where minor-key menace and major-key optimism (or is it madness?) fit perfectly over an undeniably perky beat. On this poppy love song, "misery loves company," indeed.

The mark of a great album, though, is when a song that's that intriguing ends and your interest is still engaged when the next song begins. "Faster" is like that. Every song is a winner, every guitar solo a stunner, and to those who might say that "Faster" might be a drastic change for Fish, I disagree. Each of her albums has been consciously conceptualized by her. "Faster" is the logical and welcome broadening of her sound. ZZ Top is still ZZ Top after all, no matter if it's "La Grange" or "Sharp Dressed Man."

Samantha Fish is an engaging, honest, insightful entertainer and human. She's also illuminating, offering a reminder that, regardless of the styles of music or age or gender, or even if a musician is on stage or on TikTok, music evolves through people. Especially those with a strong sense of melody.

"The thing is we've got 12 notes to play with," Fish said. "They've all been said before but it's the voice in which you say them. It's the framework, it's the songwriting."

"I love how music is never ending. I love how there's always something new. It's never going to stop evolving and I want to be along for the ride. I want to see the evolution while I'm still here on this planet. I want to see all the different shades of music. I don't want to miss out on something because I was closed-minded about it."

Another fun fact, while talking about our respective hometowns, I shared some of Bakersfield's music history with her — as well as our history of being the punchline for the occasional joke by talk show hosts like Johnny Carson.

Her reply? "That creates character in the people, so you probably have great people."