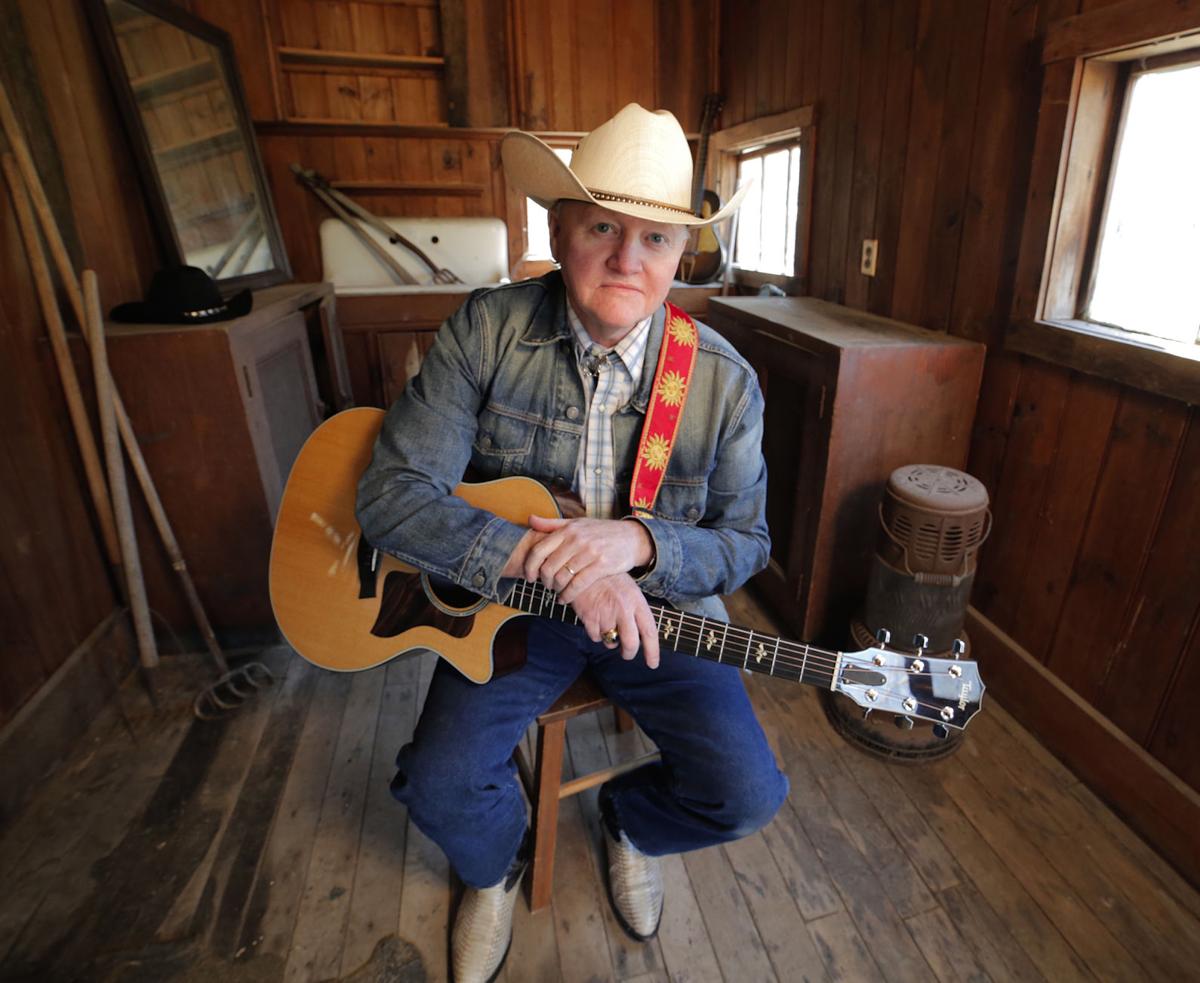 Musician Grant Maloy Smith will bring a musical lesson in Dust Bowl history to Bakersfield with performances Sunday at the Kern County Museum and Wednesday at the Beale Library. Both shows are open to the public. 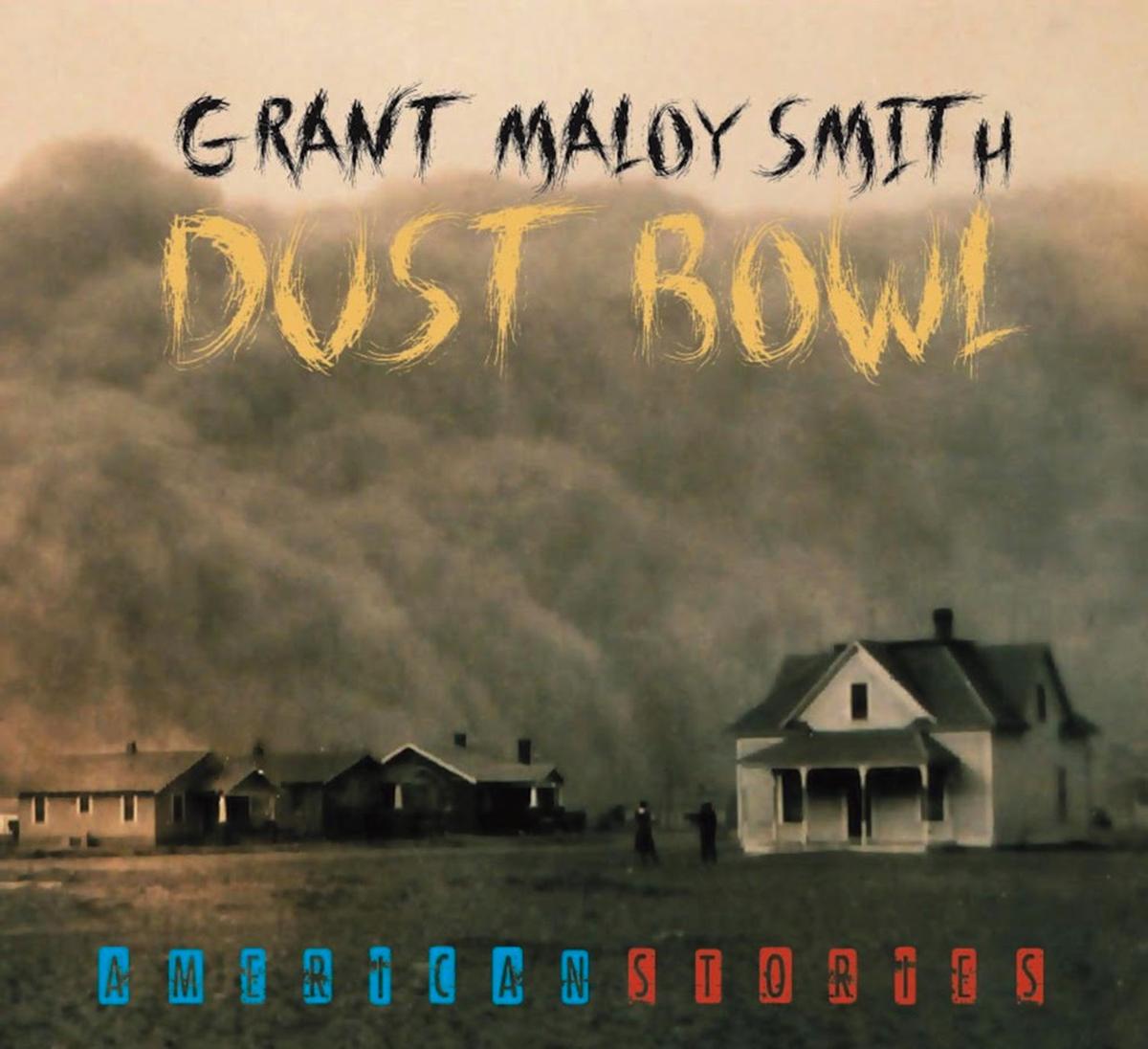 Grant Maloy Smith's latest album, "Dust Bowl," is a sonic history lesson with its roots right here in Bakersfield. He will perform Sunday at the Kern County Museum and Wednesday at the Beale Library. Both shows are open to the public. 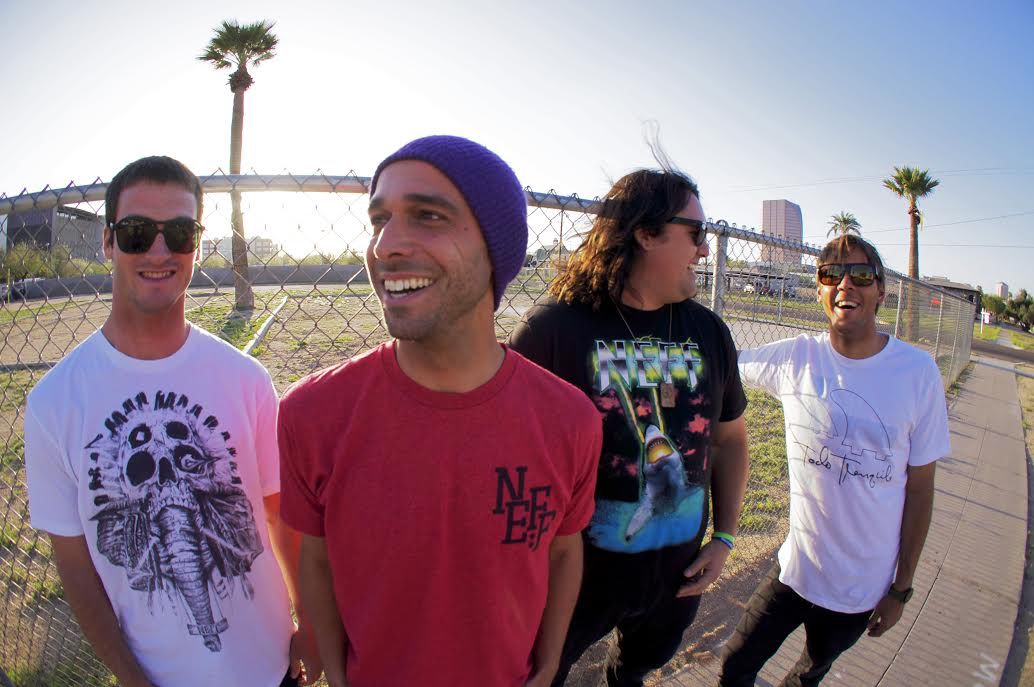 Musician Grant Maloy Smith will bring a musical lesson in Dust Bowl history to Bakersfield with performances Sunday at the Kern County Museum and Wednesday at the Beale Library. Both shows are open to the public.

Grant Maloy Smith's latest album, "Dust Bowl," is a sonic history lesson with its roots right here in Bakersfield. He will perform Sunday at the Kern County Museum and Wednesday at the Beale Library. Both shows are open to the public.

Bakersfield’s history has deep roots in the Dust Bowl and the migrations that followed. More than a few families can trace their lineage here from that era.

The staggering reality of hard-working men, women and even children struggling against the elements, the economy and even their fellow man was strife with the kind of drama that inspired both literature (John Steinbeck's seminal 1939 novel, "The Grapes of Wrath") and music (Woody Guthrie's 1940 semi-autobiographical album, "Dust Bowl Ballads").

You can add Rhode Island-based singer-songwriter Grant Maloy Smith to those inspired by the era. He'll be performing his album. "Dust Bowl: American Stories," Sunday at the Kern County Museum and Wednesday at the Beale Memorial Library.

"... There were simply too many stories to tell," Smith said. "I felt a connection to those people and what they went through. There’s a story arc that starts in the Great Plains, but it ends up largely out here in the West, because so many folks came here looking for work." (Smith and his family relocated temporarily from the East Coast to California in 1991.)

"I was transfixed by this epoch in our history. There were stories of resilience, bravery, sorrow, abject loss, redemption and everything in between."

Smith will be performing solo but will be accompanied by a multimedia/visual presentation synched to the music. And even though the shows will include Smith doling out information about the era's history throughout, don't expect some boring academic affair: The music is excellent and the show is made to entertain.

The album's biggest standout is the rousing song "I Come From America" — inspired by the Woody Guthrie anthem "This Land is Your Land."

"It represents the fact that despite being turned into unwanted migrants in our country, we never forgot who we were," Smith said. "Bakersfield and 'The Mother Road' (Route 66) are mentioned directly in the song."

“The story of the Dust Bowl has two essential parts: what happened in the Great Plains with the dust storms, never-ending drought and general misery, followed by the exodus to places like Bakersfield, where the migrants sought to build a new life for themselves. Bakersfield was at first a travail for many, but it was also their salvation and, ultimately, their redemption. It’s a reluctant character in the real history of the Dust Bowl. It couldn’t be more important."

The album itself has a fire to it that obliterates any appearances of being a staid history lesson (although there's enough in here to make it a companion piece to learning about that era — more on that later). From the opening track, "Old Black Roller," told from the point of view of a farmer defiantly yelling at the impending dust storm, this album hums, rolls and churns.

It's an engaging mix of Americana, country and even Celtic music that creates a sonic mosaic that can be as dry as the arid fields of Oklahoma at the time but with a lilting, lingering hope underneath. Smith's voice sounds decades younger, stronger and playful, belying his 60 years. It is a gorgeous album with a cinematic feel to it that is quite appropriate considering Smith has been scoring films since 1995.

"First and foremost, I wanted ‘Dust Bowl: American Stories’ to be an enjoyable music album," Smith said. "I always believed that if I could do that well enough, that the folks who wanted to hear a message would do so, and the folks who just wanted to enjoy the music could do that, too. So while there are messages, they come from the history itself as expressed through the songs. It tells itself, in effect.”

Another album highlight is the stark "Isht A Lhampko" (Choctaw for "have strength") that also documents the migrants' struggle from a different point of cultural reference.

During Smith's extensive research for the album, he stumbled across the fact that many American Indians who suffered through the Dust Bowl were from tribes exiled from their own land during the Trail of Tears in the 1830s. Smith felt it was important to document their plight. The question was, how could he do so, respectfully?

"The first tribe marched out of their ancestral homeland in what is today Louisiana and Mississippi (during the Trail of Tears) were the Choctaw people," Smith said. "Others followed, of course — the Chickasaw, Creek, Cherokee and Seminoles. But I had no idea how to approach this song, so I contacted the Choctaw Nation down in Durant, Oklahoma, and was fortunate enough to reach someone who was interested in helping me. Based on learning about their culture, I based the lyrics on the four basic elements of the world: earth, wind, fire and water. Native peoples imbue these elements with the respect that they deserve. And when you think about it, it’s exactly these elements being out of balance that caused the Dust Bowl."

That very observation is what makes ruminating on that time so chilling and important: Its relevance can be seen all around us today. Our current social, economic and even environmental landscape carries more than enough similarities to that era to set off more than a few alarms. Smith sees the parallels as a means of reflection and caution, not necessarily panic.

"I think most everyone recognizes that the environment is a central character in the story of the Dust Bowl and that it remains one to this day," Smith said. "We’re struggling today with the topic of climate change. No matter what side of these arguments you come down on, I think it’s clear that how we treat our world determines in large measure how it will treat us back."

"Another parallel is how we treat people, especially immigrants — legal or otherwise. Bakersfield and the Central Valley in general bore the brunt of migrants from the Great Plains ... Still, 80 years after the Dust Bowl, we’re still embroiled in a larger discussion about immigration, and the challenges it imposes on all aspects of our culture. How we treated our own Native Americans is another theme and lingering parallel."

"Thankfully, we’re not suffering through a Great Depression like they were during the Dust Bowl, but we do have a tremendous national debt, which puts us in a precarious position in general."

While in town, Smith will also be performing for the students and faculty at Bakersfield High School. This event is not open to the public and finds Smith almost reverent at the school's pedigree, not to mention Bakersfield's. He made a point of proudly mentioning that he was thrilled to be performing at the same high school Merle Haggard went to and the same museum that houses Haggard's old home.

"The music that came from here thanks to Merle, Buck and others changed the world, and for the better. And of course, the connections to the Dust Bowl are indelible and significant. It’s something that I will never forget."

And what does he hope that the youth of today will take from the album and that part of history?

"As I said, my main goal was simply to make a good album of music," Smith said. "But the fact that the songs exist within a larger context — the historical backdrop — they have perhaps more meaning; it’s not just a collection of 13 singles. Today, consumption of music has been devalued compared to the past. Songs are viewed as disposable one-offs, so when someone makes a record that feels like it means something, people tend to gravitate toward it. At least, that’s what I’ve observed. Young people today are looking for meaning and context in media. I hope that it speaks to them, and doesn’t sound so old-fashioned as to put them off."

Performances: 7 to 9 p.m. Sunday, Kern County Museum, 3801 Chester Ave., and 7 to 9 p.m. Wednesday, Jan. 17, Beale Memorial Library, 701 Truxtun Ave. Admission is free for both shows but donations will be accepted at the museum event to assist with the Dust Bowl artifacts collection.

Alternative/reggae band Iration returns to the Fox Theater next week to kick off their Heatseekers tour, and let me tell you: They sure picked the right time — and place — to do it.

If you were planning to attend this, I highly recommend buying seats now because it will sell out. Their shows here consistently do. Also, now that recreational marijuana is legal in California, expect the irie vibes to flow into overload. Downtown Bakersfield is about to get a contact high.

A Jam for Jamstain with The JS All-Stars, The Cretins and Me, 2nd 9 p.m. Saturday at Sandrini’s Public House, 1918 Eye St.; $5 (a portion of the night’s proceeds will go to the Mighty Lopes Music Program for Antelope Elementary); 21 and over

Last year, brothers Ainsley and Aiden Hubbard, the rhythm section for their jam-band collective Jamstain, were killed in a car accident in the morning of Jan. 21. News of their deaths devastated friends and fans, leading to multiple crowdfunding campaigns to help with their burial costs.

This Saturday, guitarist Ryan Golob, the surviving member of the group, will be returning to Sandrini’s with his new group (respectfully named the JS All-Stars) where he played Jamstain’s last show there a year ago to the day. The event will no doubt be a memorial for the brothers and will get emotional, but it’s also an opportunity for their fans to pay their respects by seeing the Hubbards' work continuing on in their honor. I promise you, it will be funky — and many a stain from jamming will occur. Boys, wherever you are, I hope you enjoy the show.

"I Come From America," from the album "Dust Bowl — American Stories"

"Fly With Me" (Official Lyrics) - Iration