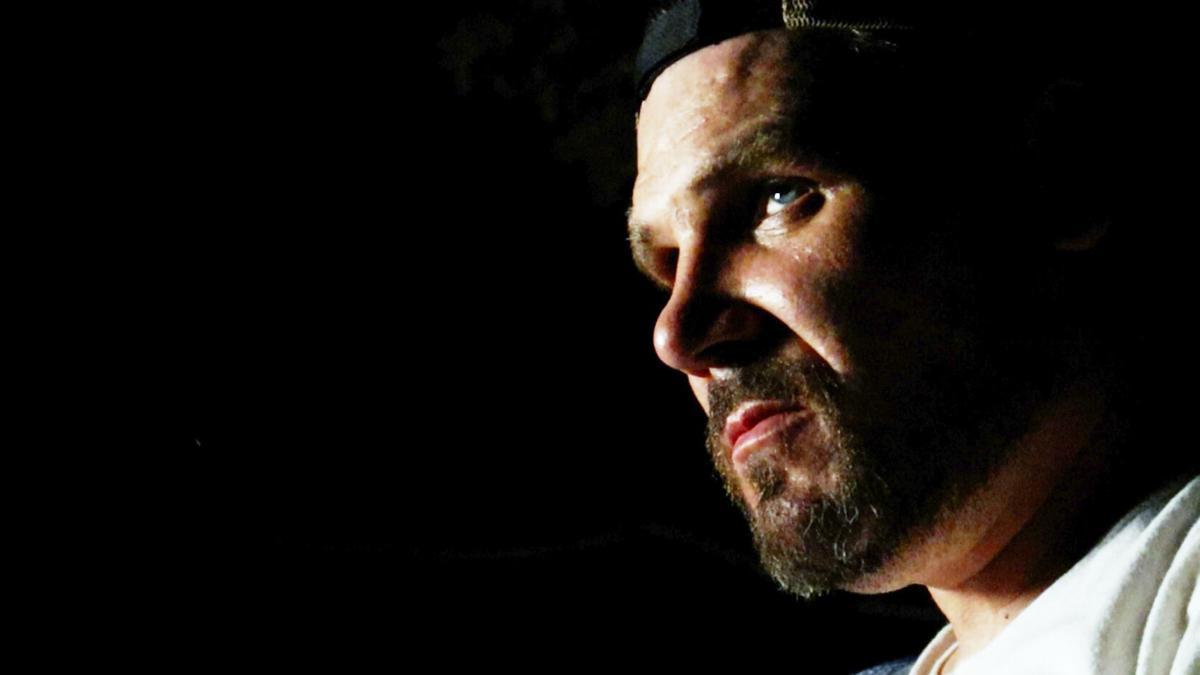 Kyle Whitaker, who you may know as the frontman of local 1980s tribute band Members Only, stars in the video for the Foster Campbell & Deep Water single "Moonless Mississippi Night." 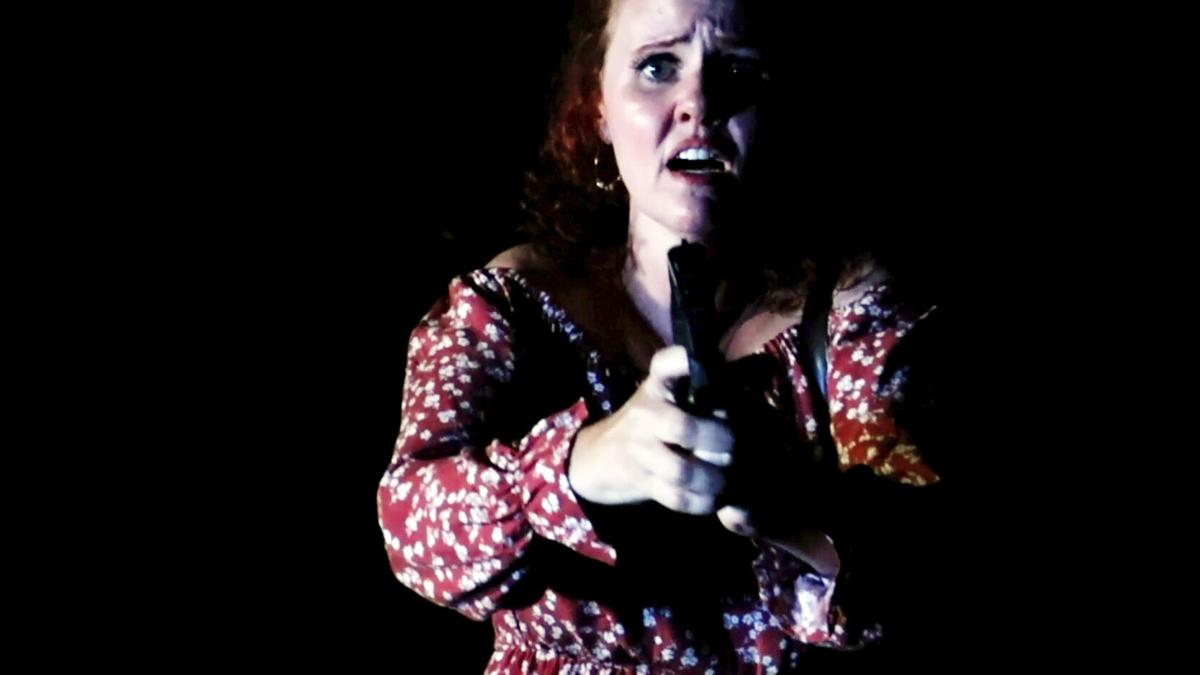 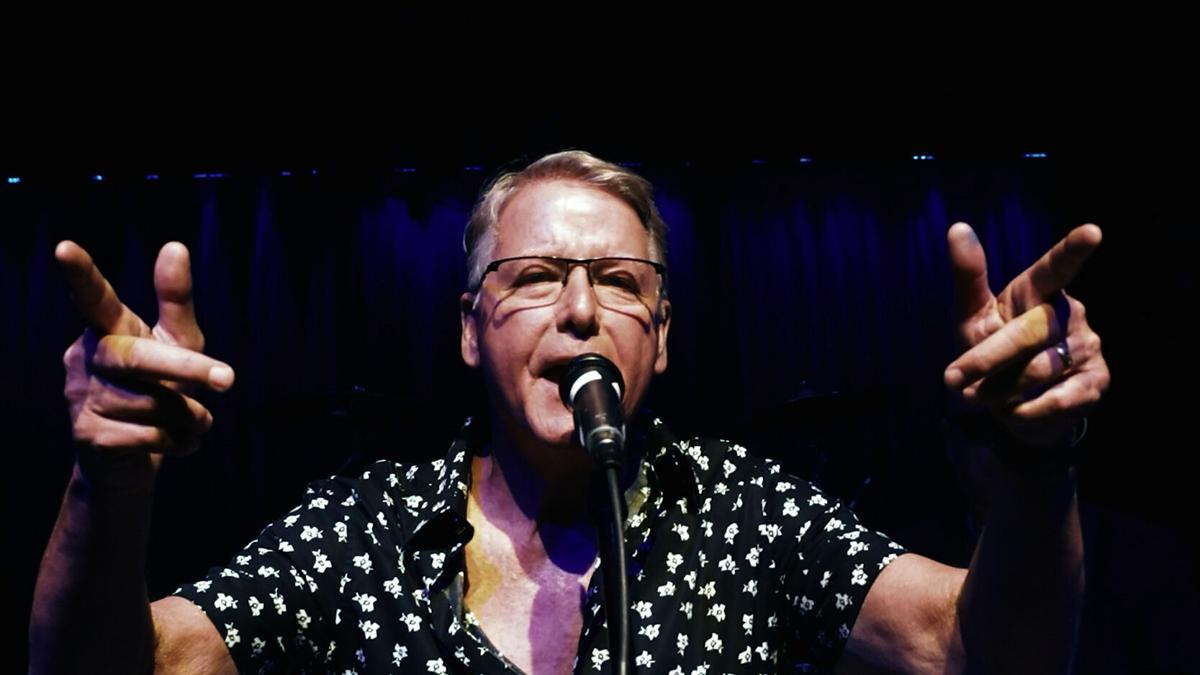 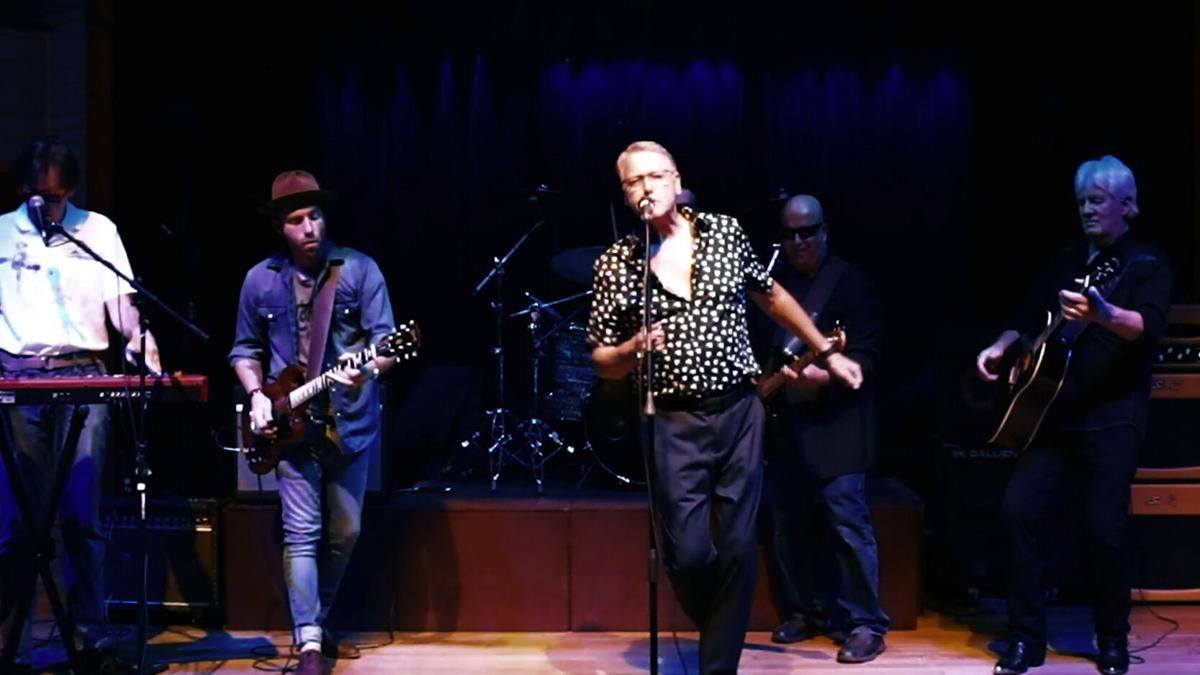 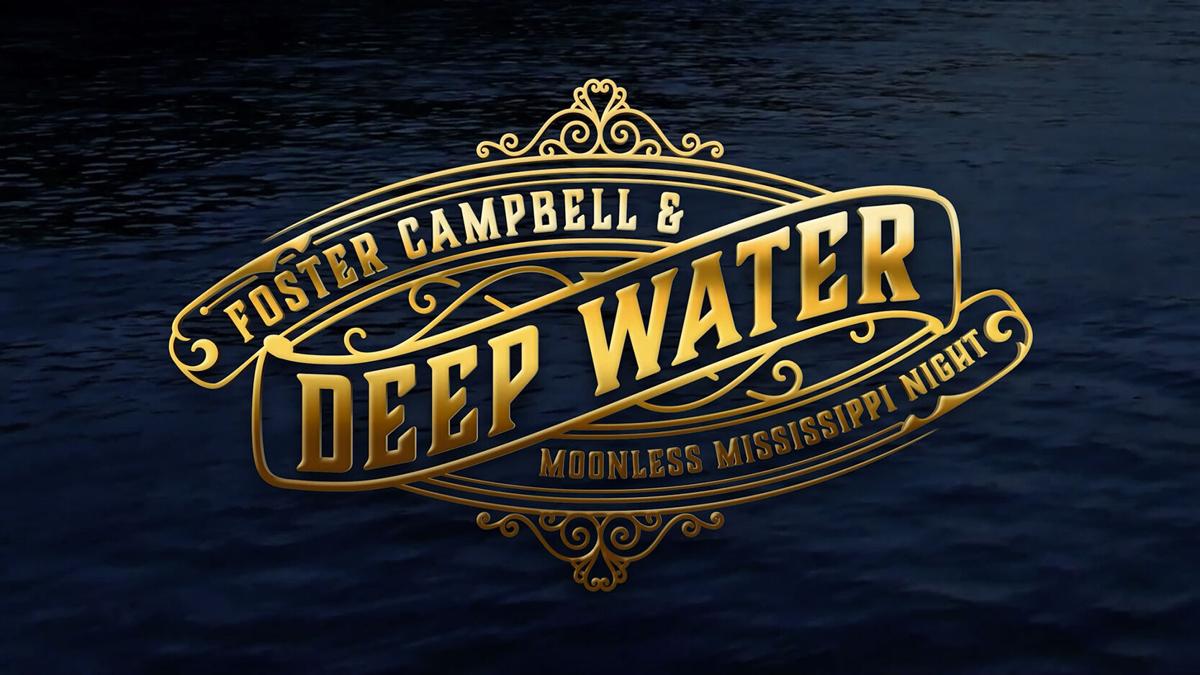 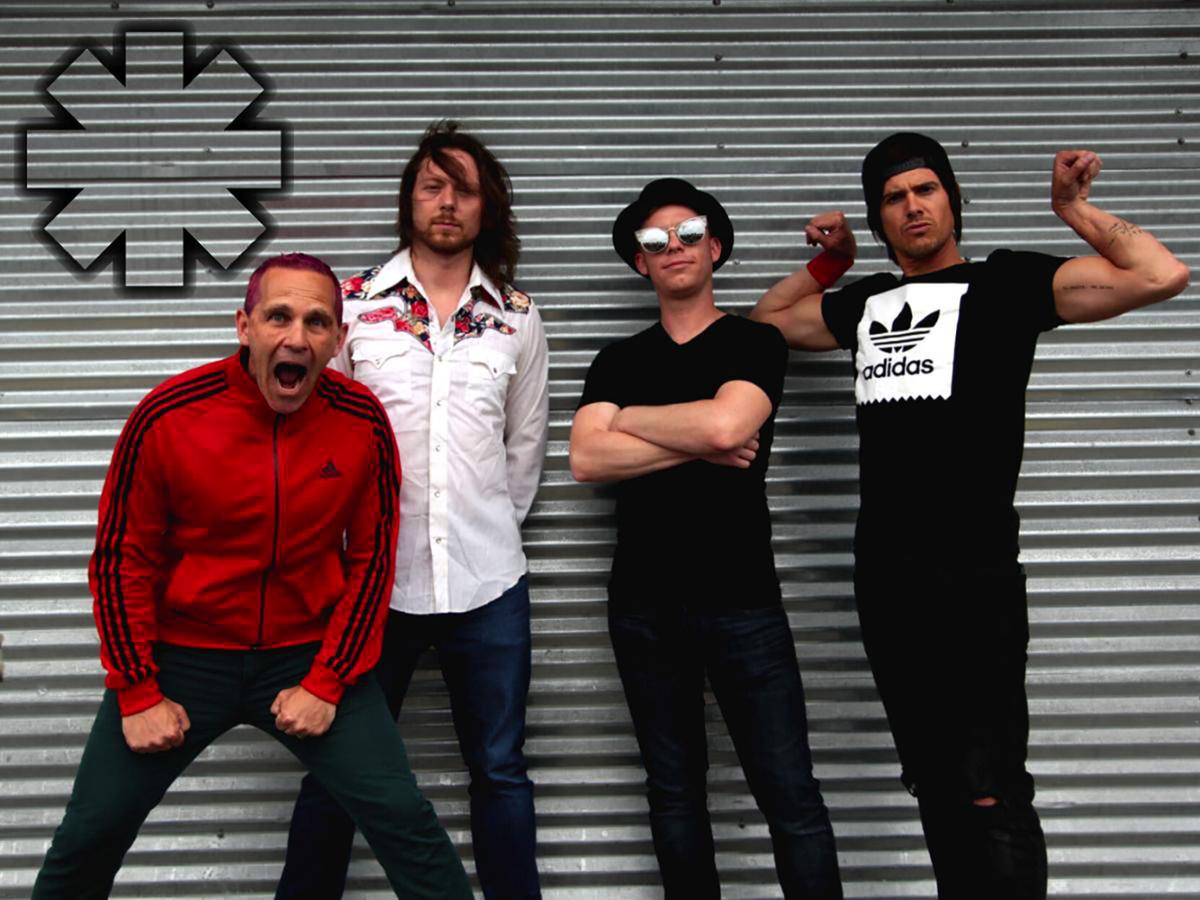 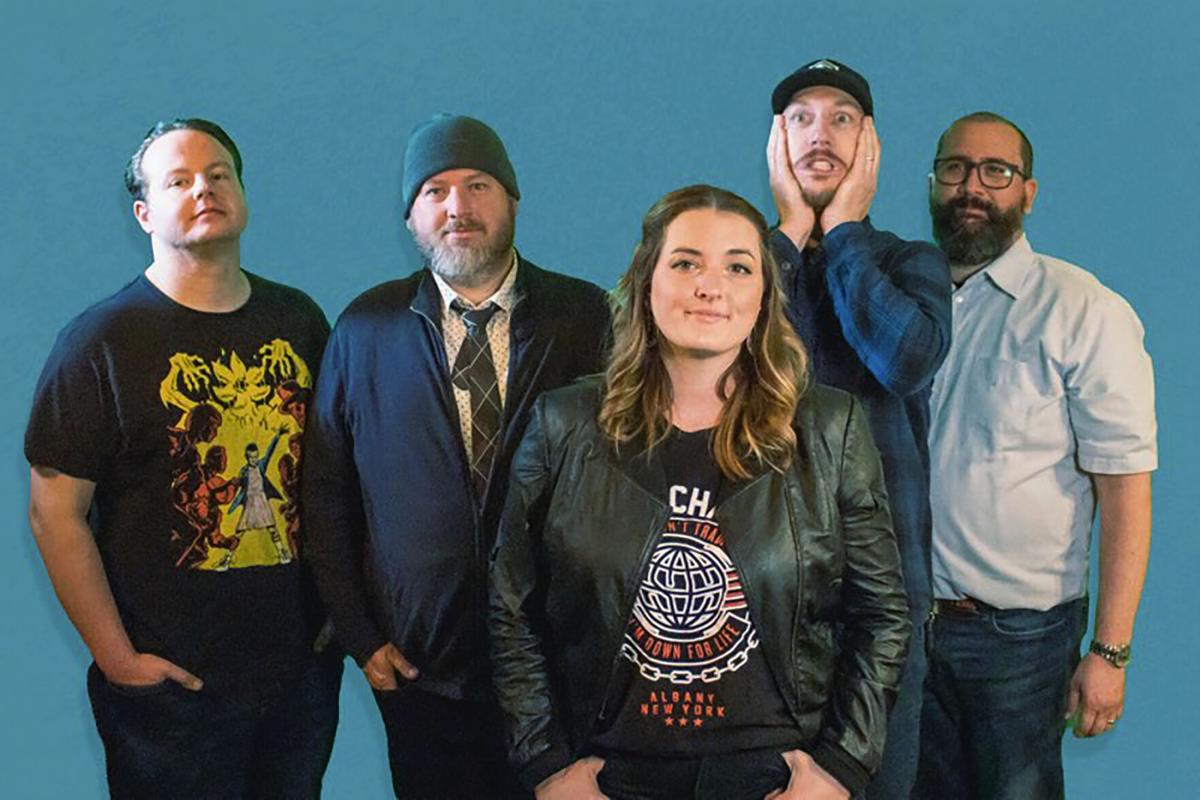 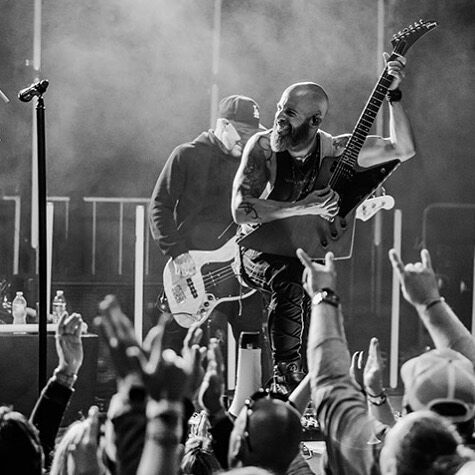 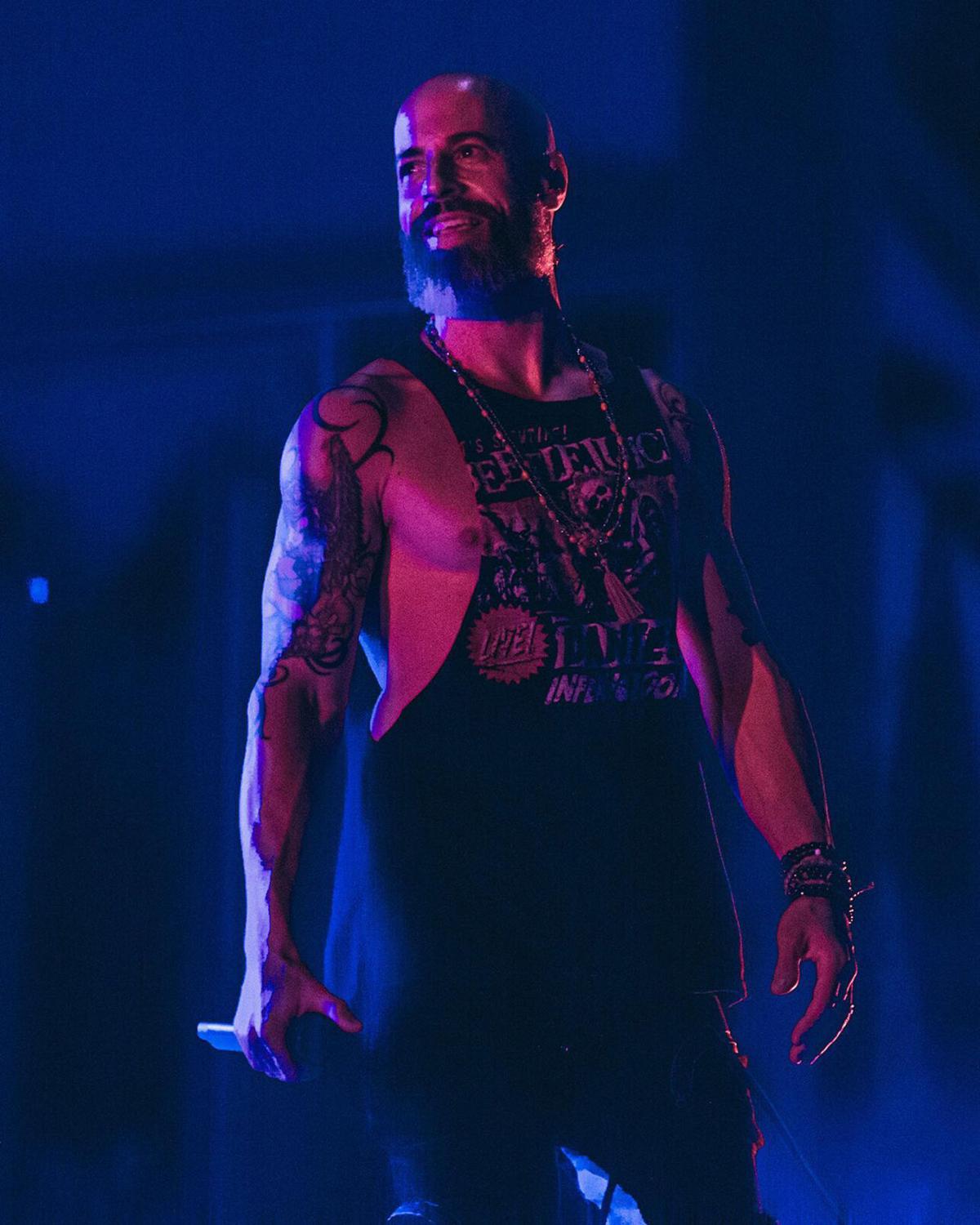 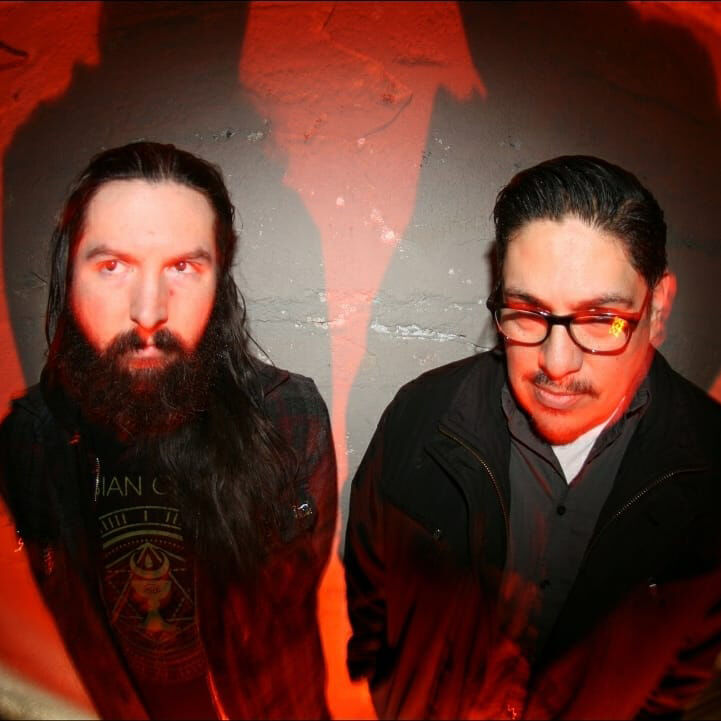 Kyle Whitaker, who you may know as the frontman of local 1980s tribute band Members Only, stars in the video for the Foster Campbell & Deep Water single "Moonless Mississippi Night."

With its latest release, "Moonless Mississippi Night," Foster Campbell & Deep Water has found itself living up to its name. The song and its corresponding video are swimming in some pretty deep waters — swampy ones at that.

On the immaculately produced single, recorded and produced by Kyle Appleton, Campbell's lyrics paint a picture over a vaguely "Wanted Dead or Alive" Bon Jovi-sounding intro played by guitarist Chuck Seaton: "On a dark moonless Mississippi night / she was screaming down the road tryin' to get away ..."

We can tell that whatever's going to happen it's gonna be bad, and bad is exactly where it gets. The song, written by Campbell, Seaton and keyboardist Chris Neufeld, builds in intensity, culminating in a soaring dual-guitar line played by Appleton over a double-time ending propelled by drummer Nathan Winn (a standout performance) and bassist Ray Sadolsky, reflecting the prayer and uncertain fate of the lead character.

Directed by James Lauffer, the video stars local actress Jennifer Resolme and Kyle Whitaker, frontman of local 1980s tribute band Members Only. The two of them display some fine acting, telling the story of two people in love done in by "a fool who had to have it his way." The drama is interspersed with footage of Foster Campbell & Deep Water performing on the Crystal Palace stage.

The song, which is also the title track of the group's upcoming full-length album, helped it win best Americana band at the Indie Music Channel Awards, held recently in Los Angeles.

But its deepest current isn't in the drama but the subtext, that even the best of intentions are rendered worthless by violence. The antagonist here is never portrayed as intentionally duplicitous, if anything they're shown as being loving, attentive and loyal. But by the end of the song, that's all changed — tragically, irrevocably.

It's a tale that's too familiar and sadly too resilient: Nothing, not even love, can stand up to a raised fist — or worse — for long. That pain and trauma drowning everyone involved in the undertow.

Local duo Contranistas has also released new material, two songs titled "Resistor" and "Center Positive." (This is not to be confused with "Center Negative," a single the pair released in January.)

What makes the group so thrilling is its blend of live-looping multiple instruments, making the songs sound equally organic and electronic. On "Resistor," drummer Robert Morgan switches back and forth between a straightforward backbeat and a stuttering one while maintaining the song's flow. It's a deft balancing act.

Guitarist Dax Dominguez switches between synths and guitars, often using the bass as a lead instrument, like on the pulsating "Center Positive," much like Peter Hook did in Joy Division and New Order, both bands an obvious influence on Contranistas without being slavish. The guitars chime and drop like icy petals straight from a memory of the 1980s while being completely of this time.

Morgan and Dominguez are exploring mood and structure a bit more with these two songs than on their previous releases. There's growth here. Their looping isn't a gimmick or merely a way to beef up their sound without having to hire other musicians (although that's an exciting possibility — someone as talented as these two playing in their sandbox — to entertain). It's a complex means to an end; a funny bit of incongruity, using technology to maximize their music's inherent humanity.

Two big shows are happening this Friday: Daughtry at the Mechanics Bank Theater and the Red Not Chili Peppers at the Fox Theater.

No, that wasn't a typo. The name of the group is indeed the Red Not Chili Peppers and if the name wasn't enough of a clue, it's a Red Hot Chili Peppers tribute act. The members channel their respective parts ably: the lead singer mimics Anthony Kiedis' charisma, mannerisms and even his abs; the guitarist has John Fruscuante's awkward slinkiness down, and the drummer looks and sounds just like Chad Smith.

The bassist, who has the biggest shoes (or sock) to fill in this band so to speak, does a good job as Flea, even though no force on Earth will ever be able to convincingly replicate the fearless, pure, joyfully manic energy of that impish, funky force of nature. Well, maybe Daffy Duck cartoons. Or "Gremlins."

I have no idea just how deep the rabbit hole the performers go when it comes to wardrobe changes. The Red Hot Chili Peppers are known for performing in various states of undress, save for the occasional strategically placed athletic sock, so it might be best to err on the side of caution and be prepared for anything goes. But if your idea of fun is catching a Red Hot Chili Peppers tribute band, then you're already privy to the madness you'll be witnessing.

Over at the Mechanics Bank Theater, "American Idol" alum Chris Daughtry will be performing with his namesake band Daughtry, which will promote its upcoming album "Dearly Beloved" and its first single "Heavy is the Crown." This Bakersfield show is one of a few warmup concerts Daughtry will be performing before embarking on their Dearly Beloved tour with Sevendust and Tremonti (featuring Mark Tremonti, the guitarist for Creed and Alter Bridge).

Daughtry is one of the few "American Idol" contestants who managed to parlay their exposure into a successful and consistent music career. (I enjoyed his season.) Mainly because he's aware of his strengths: his voice, mainstream hard rock appeal, and his expert way of being able to wring the power and drama out of every second of his formulaic rock. If you enjoyed Three Doors Down and Live equally, you're going to dig Daughtry.

But the reason why these concerts are so intriguing to me isn't the headliners but their opening bands, which are both local.

In an appropriately representative display of prolificness, both bands happen to employ Gary Rink on bass. While Rink's talent is mighty, he is still not able to replicate himself to be at two places at the same time (at least not yet), so he will perform with Modern Wives at the Mechanics Bank Theater while Armando Guerrrero sits in with Dub Seeds at the Fox.

Please observe safety protocols when required in regards to the COVID pandemic. Be safe and stay safe.