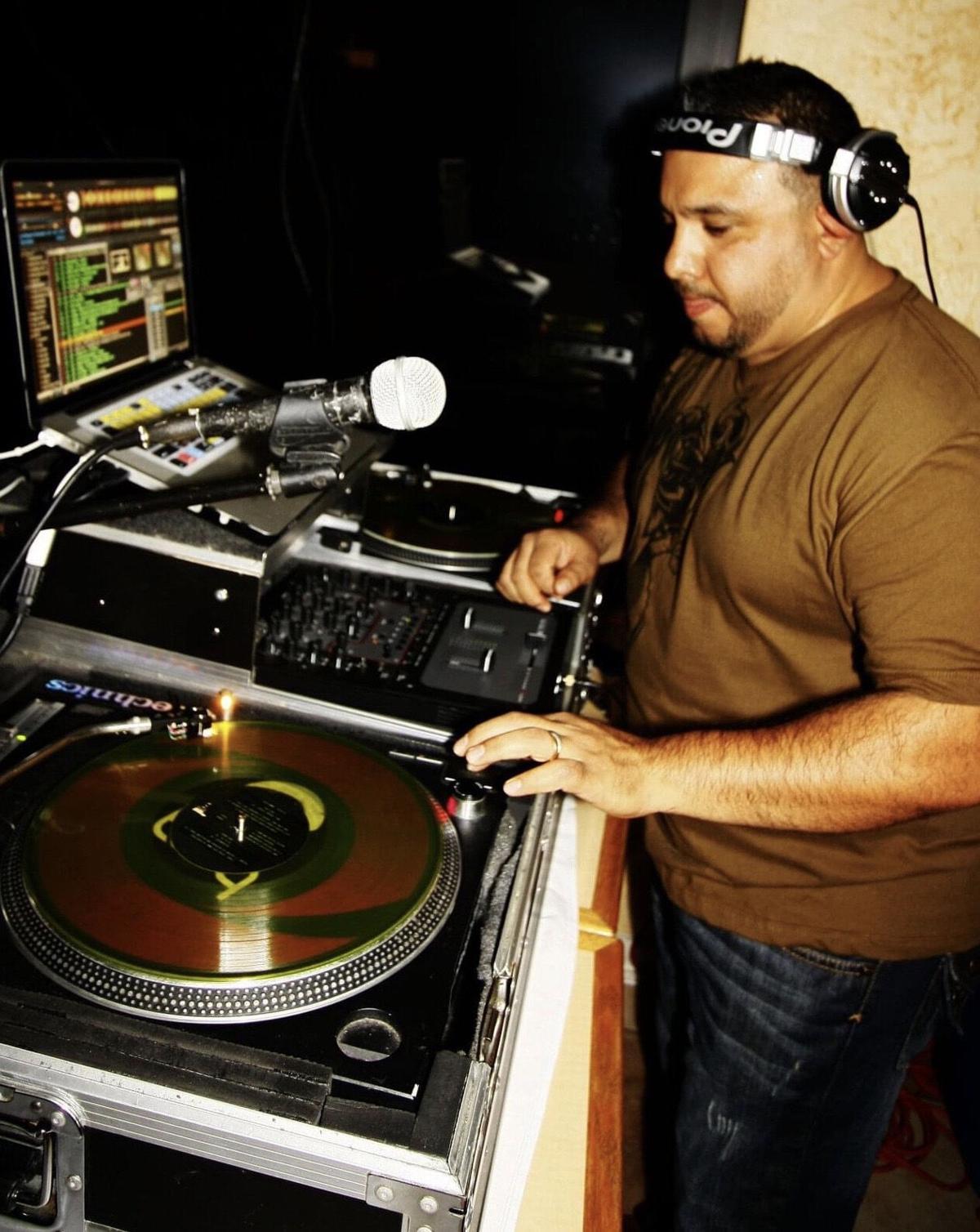 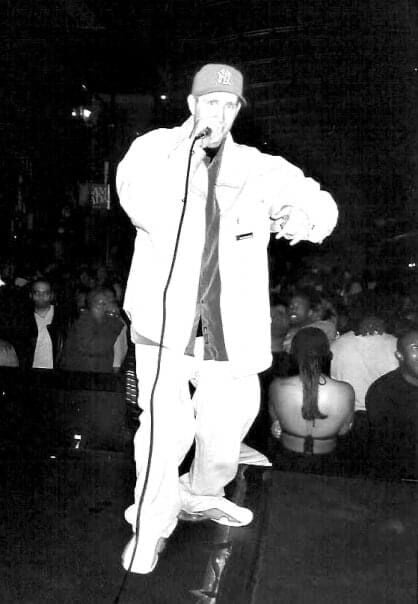 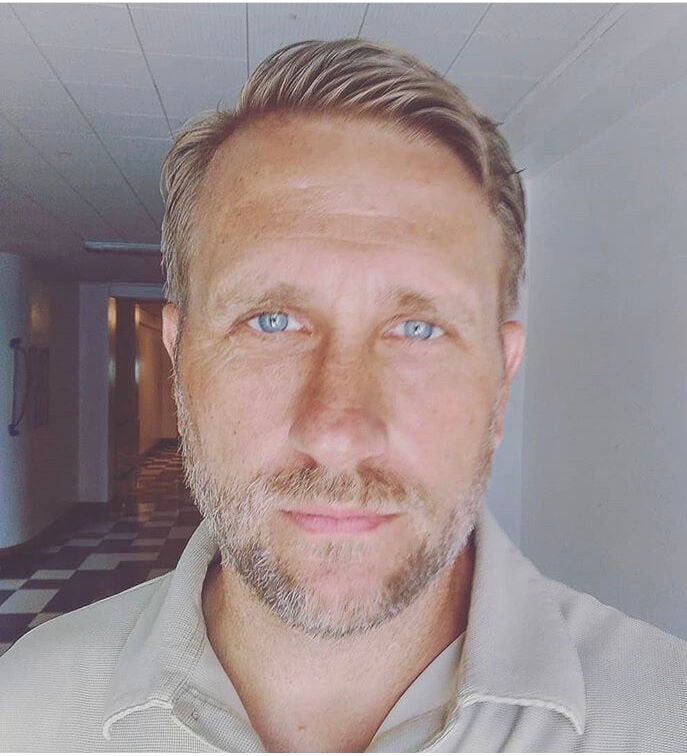 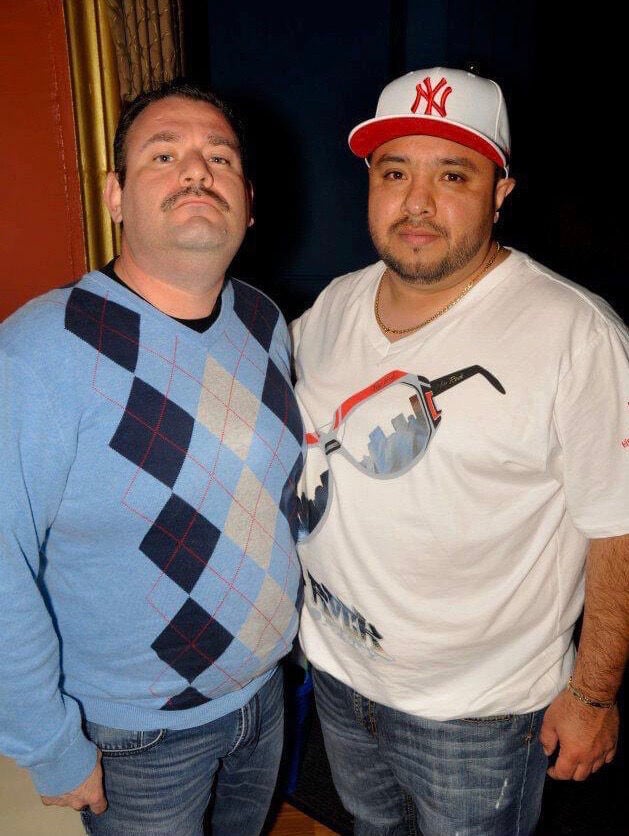 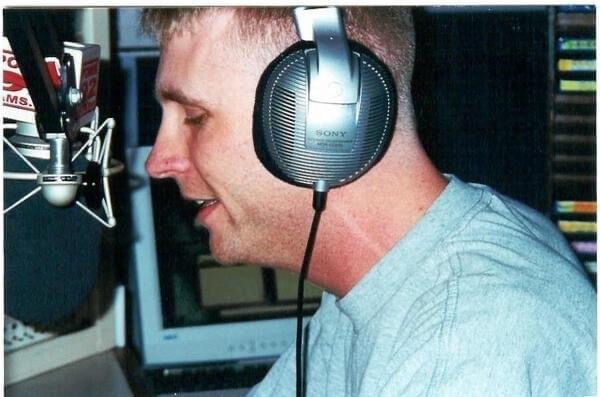 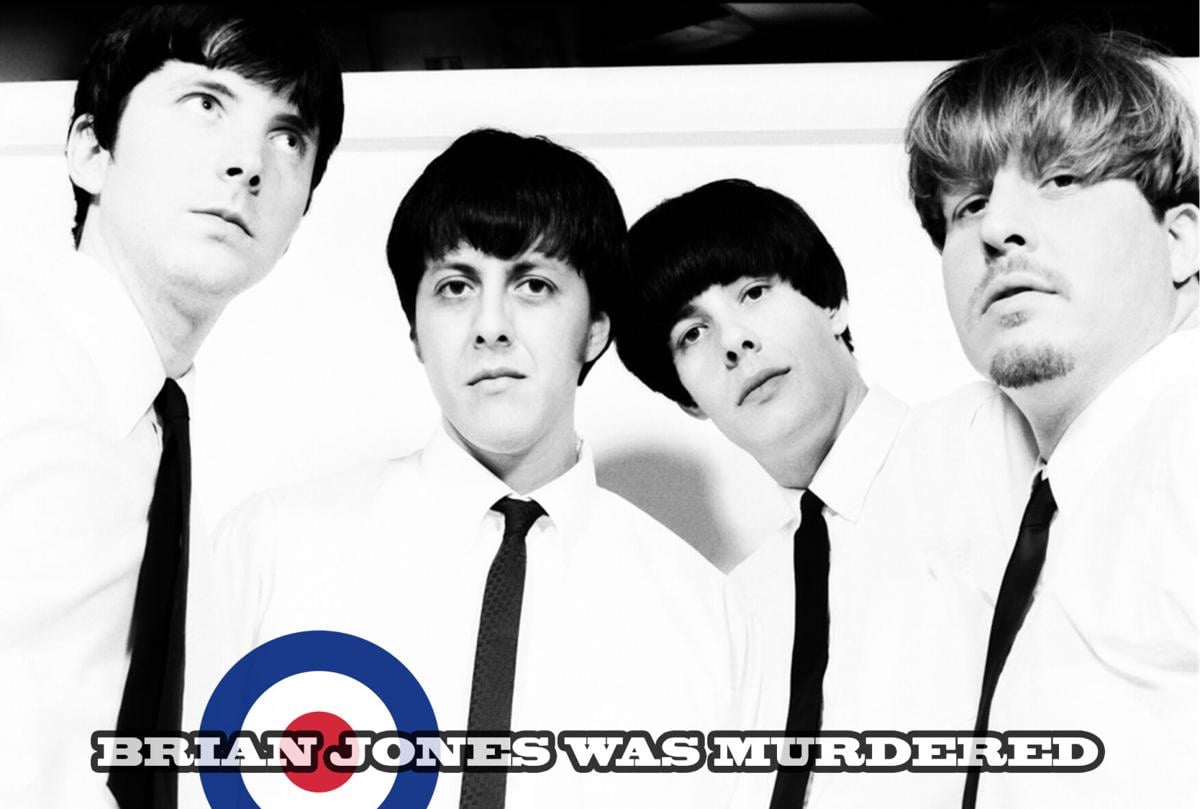 A promotional photo for the band Brian Jones Was Murdered, from left, Christopher O'Brien, Charles McNeil, David Pearson and Aaron Lehman. Lehman, who was the band's drummer, died Aug. 3. 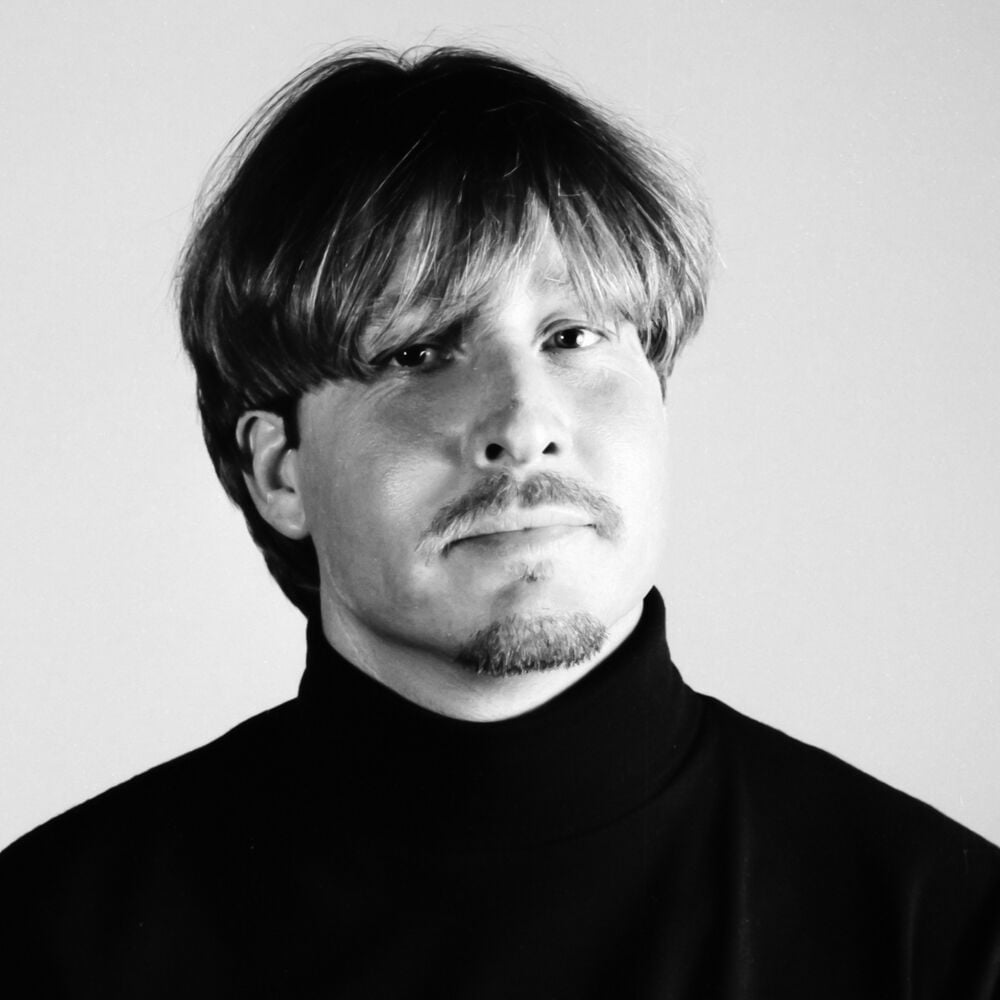 Local musician Aaron Lehman, who many knew from the local music scene and from his years as general manager of Guitar Center, died Aug. 3. 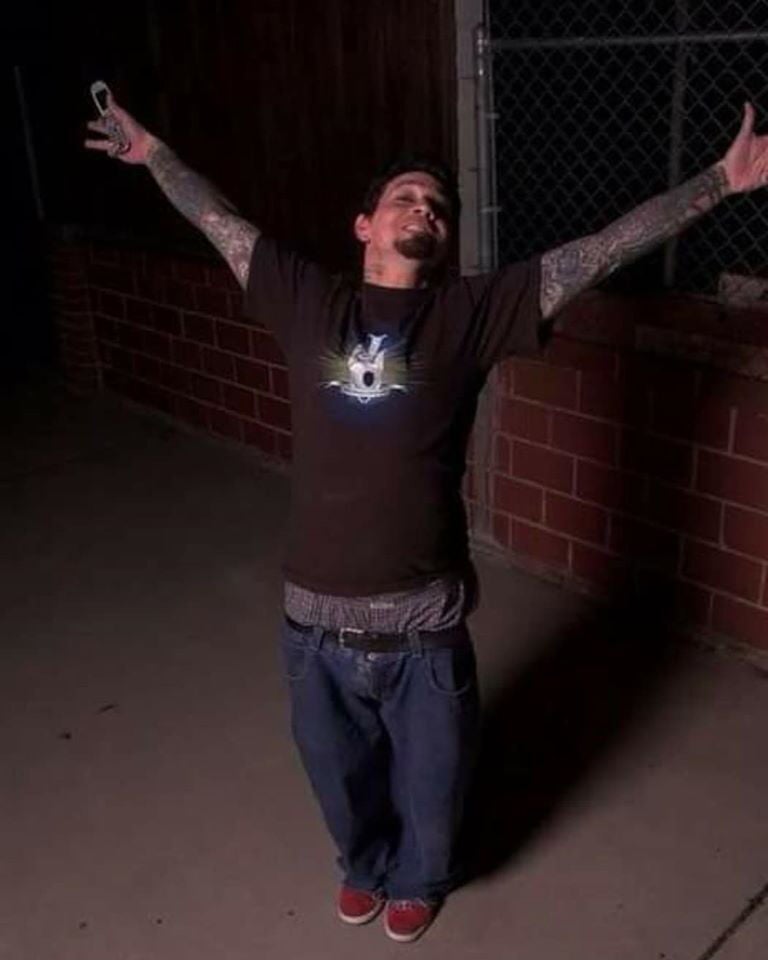 A promotional photo for the band Brian Jones Was Murdered, from left, Christopher O'Brien, Charles McNeil, David Pearson and Aaron Lehman. Lehman, who was the band's drummer, died Aug. 3.

Local musician Aaron Lehman, who many knew from the local music scene and from his years as general manager of Guitar Center, died Aug. 3.

Last week was a tough one for the local music community with the loss of four people each of whom left their mark on the Bakersfield scene. The news sent shock waves of surprise and remorse reverberating throughout the community.

Casey Walker was a local DJ and rapper who went by many different monikers including Super Wood, Big Willy and The Good Son. He died Aug. 2 of unknown causes. He was 46.

Walker was a member of the rap groups MaddMen and Dirt and was also a basketball coach for various schools in the Kern High School District, helping the BHS varsity girls basketball team win the Central Section title in 2019 as part of the coaching staff.

On Aug. 6, Andres “DJ Andy” Montero died at 43 years old also from unknown causes. Both Walker and Montero were incredibly talented and revered in their respective fields.

DJ Alex “Alex G” Garza knew both performers personally and professionally for years, including producing Walker’s freestyle single “Are You Serious” (aka “Serious”) with Mikey Freeman in 2008.

“Andy was an outstanding DJ. Well-respected, and loved by so many party-goers,” Garza said via email. “Truly one of the best guys you could get to know. Huge loss for the DJ/nightlife community here in Bakersfield.”

“Casey (Big Willie) Walker was a gifted superstar on the radio. His talent was endless, Everyone that knew his MC skills considered him the Rakim of Bakersfield. Casey had a vast love for music and Basketball and he was an outstanding person and a beloved coach.”

Walker’s family is planning a memorial viewing at Basham Funeral Care (3312 Niles St.) and a celebration of his life at Brix Lounge (3001 Calloway Drive) on Sept. 19 — Walker’s birthday. The viewing will be limited to 10 people at a time due to current guidelines and attendees are encouraged to RSVP by Sept. 11 by texting 427-6210 or contacting Aaron Walker on Facebook.

There is a GoFundMe account (gofundme.com/f/funeral-expenses-for-andy-montero) set up to help Montero’s family pay for funeral expenses.

On Aug. 3, drummer Aaron Lehman, the former general manager for the Bakersfield Guitar Center, passed away at age 53 after a long illness. The very next day, guitarist, vocalist and tattoo artist Richard Brandon “RB” Contreras passed away at age 49. I knew them both.

Aaron and I first met in the late 1990s while he was playing drums for the local garage-rock power-pop outfit Brian Jones Was Murdered. A few years later, after becoming the general manager at Guitar Center, he hired me to work in the drum department. Although I had no real sales experience at that time, I made up for it with enthusiasm and convinced him to give me the position. He took a chance on me.

Actually, he took a chance with a lot of us. Guitar Center, store 124, was like a mini-Portland: a home for wayward Bakersfield musicians looking for direction, a reboot or a paycheck in between gigs. Aaron walked a tightrope act between laid-back and high tension for many years.

RB was the kind of person who people would always have a story about. He was outspoken, fearless and outrageous, straightforward and resilient. He could be the volatile wild card or the protective guardian interchangeably and with equal ferocity.

“There was no person more yin and yang than RB,” said his longtime friend John Amos, whose son Ezekiel is Contreras’ godson. “Love him or hate him, no one will ever forget RB. When I had to break the news of his death to a mutual friend, I broke down and cried. I couldn’t even get the words out. It was an emotional tsunami.”

And while Aaron was the witty, enthusiastic guy air-drumming as he walked between departments and RB was the loud, boisterous rocker with a ribald sense of humor and an abounding, unrestrained, mischievous sense of unpredictability, both of them had a lot more in common than first meets the eye.

Both were fiery, exuberant, gregarious and jovial figures who exuded and harbored their own particular sense of regal authority and intense loyalty. Each of them were the epitome of the bright eternal teenager — albeit with years of experience. Also, their birthdays were only three days apart: Aug. 21 and Aug. 18, respectively.

If you wanted to pay your respects to Lehman, I’d recommend listening to his drumming on the Brian Jones Was Murdered album “Death of a Popstar! — 20th Anniversary Remastered Edition," which is available for streaming online. Or maybe treat yourself to some quality local Greek or Chinese food — no chain restaurants — like the Mongolian beef at Ching Yen in his honor. Aaron had a epicurean's aesthetic, both for food and for drums.

Better yet, make your own orange chicken! Wrangle someone you love to help you make it and call someone you might have taken for granted lately. Because if there’s one maxim that’s been proven infallible lately — especially to me — is that life can change in an instant, even if you see that change coming.

"By Your Side" — Brian Jones Was Murdered

Super Wood aka Big Willie — "Are You Serious"

Thank you Cesareo, Your acknowledgement of these guys made me smile and cry at the same time. RB has been my friend since I was 13. We kept in touch even throughout his illness and he put up a good fight. I didnt know Andy or Aaron but I know they were loved. As for Casey, he was just an all around good human being. Thank you again for the article.