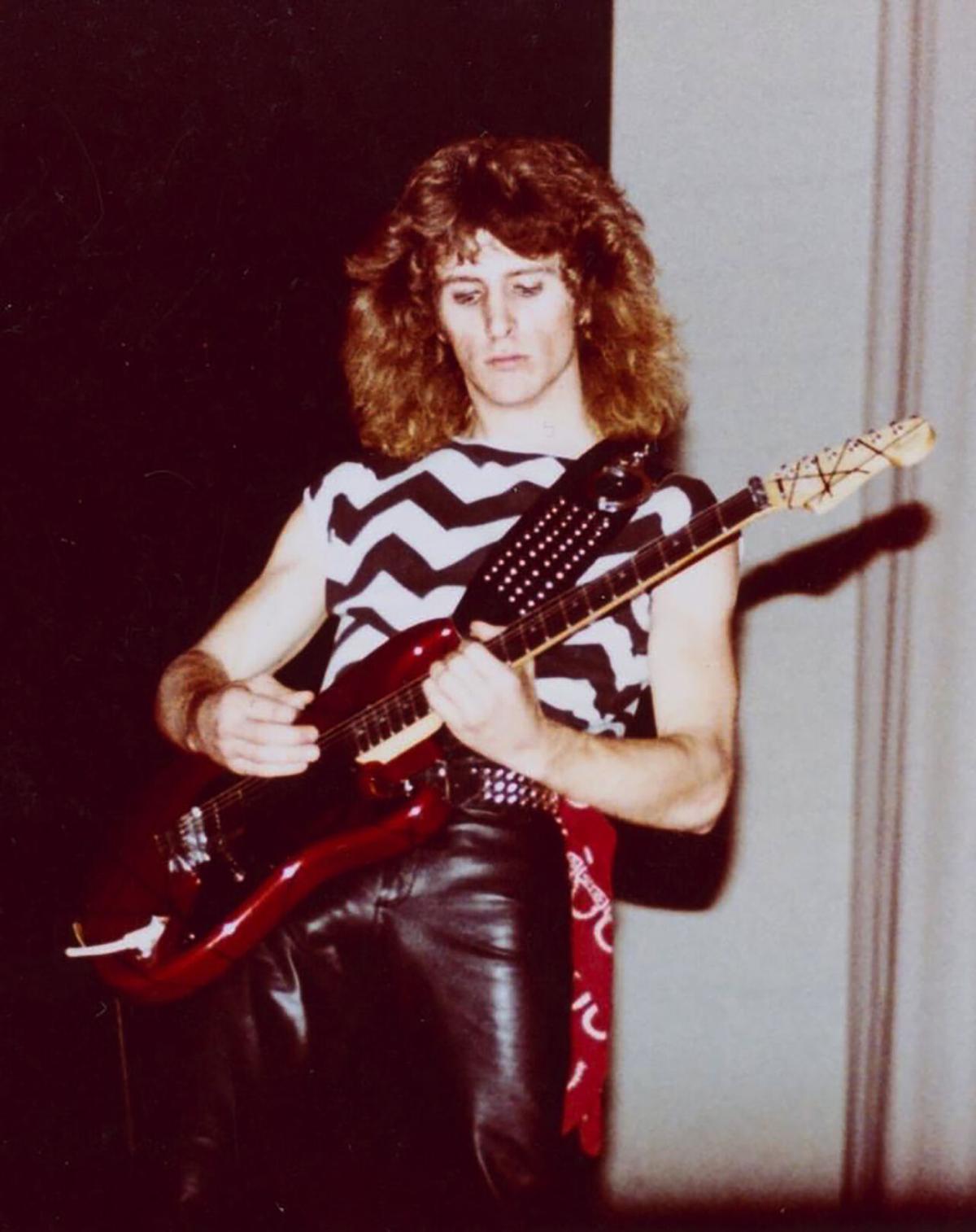 The portrait of a guitarist as a young man. Jim Gianetonni died March 16 at age 56. 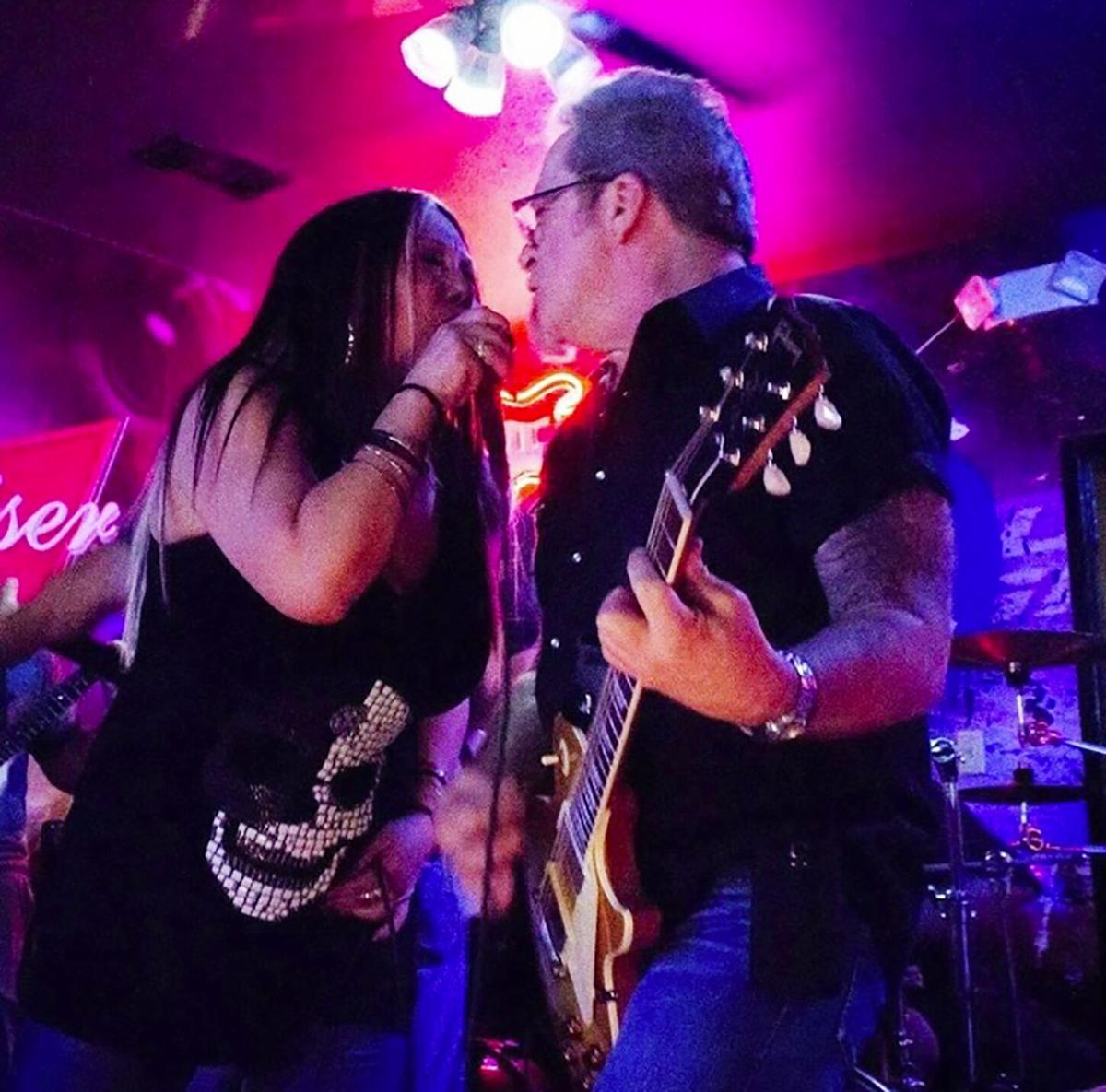 Guitarist Jim Gianettoni, right, seen performing with his wife, Dawn, the lead singer and co-founder of their band Syster D, passed away on March 16 from complications due to brain cancer. 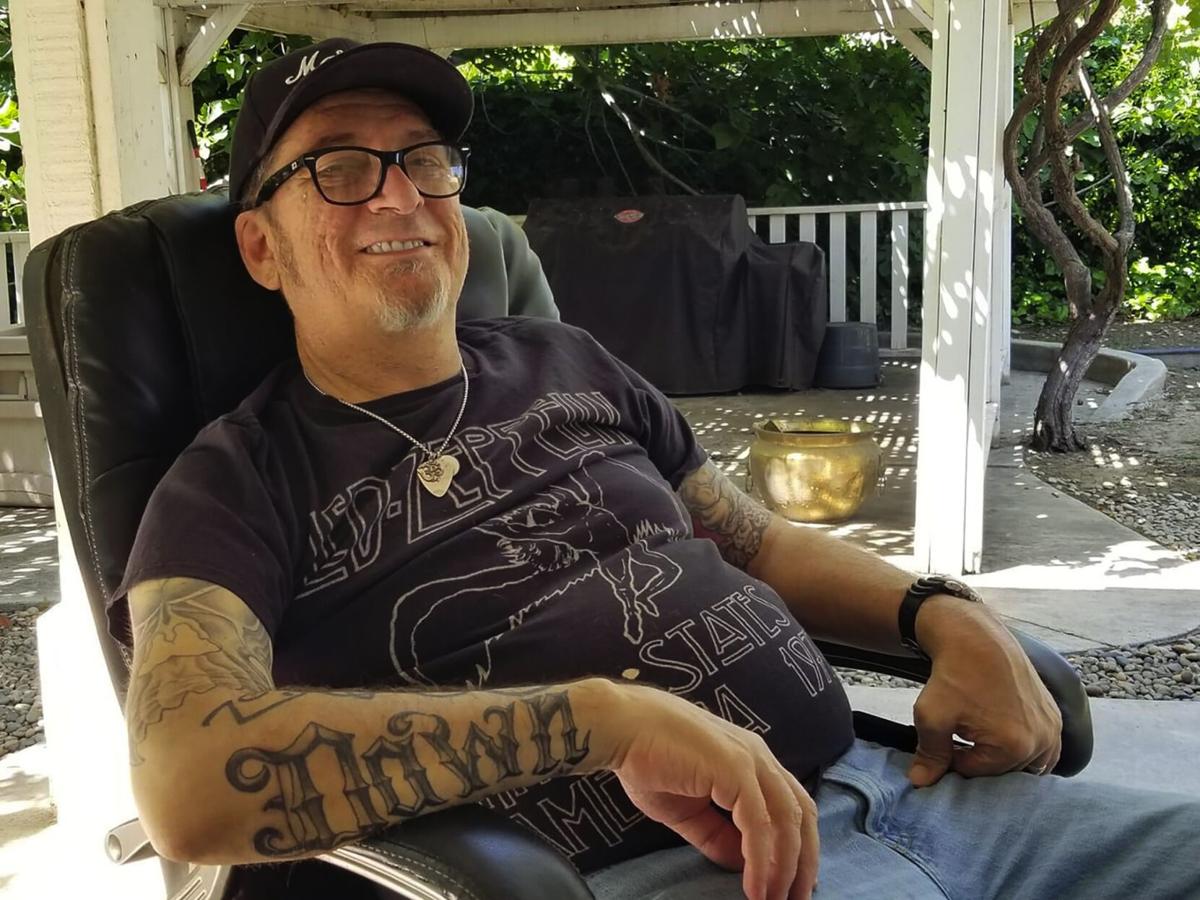 Local guitarist Jim Gianettoni passed away on March 16 from complications due to brain cancer. He was 56 years old. 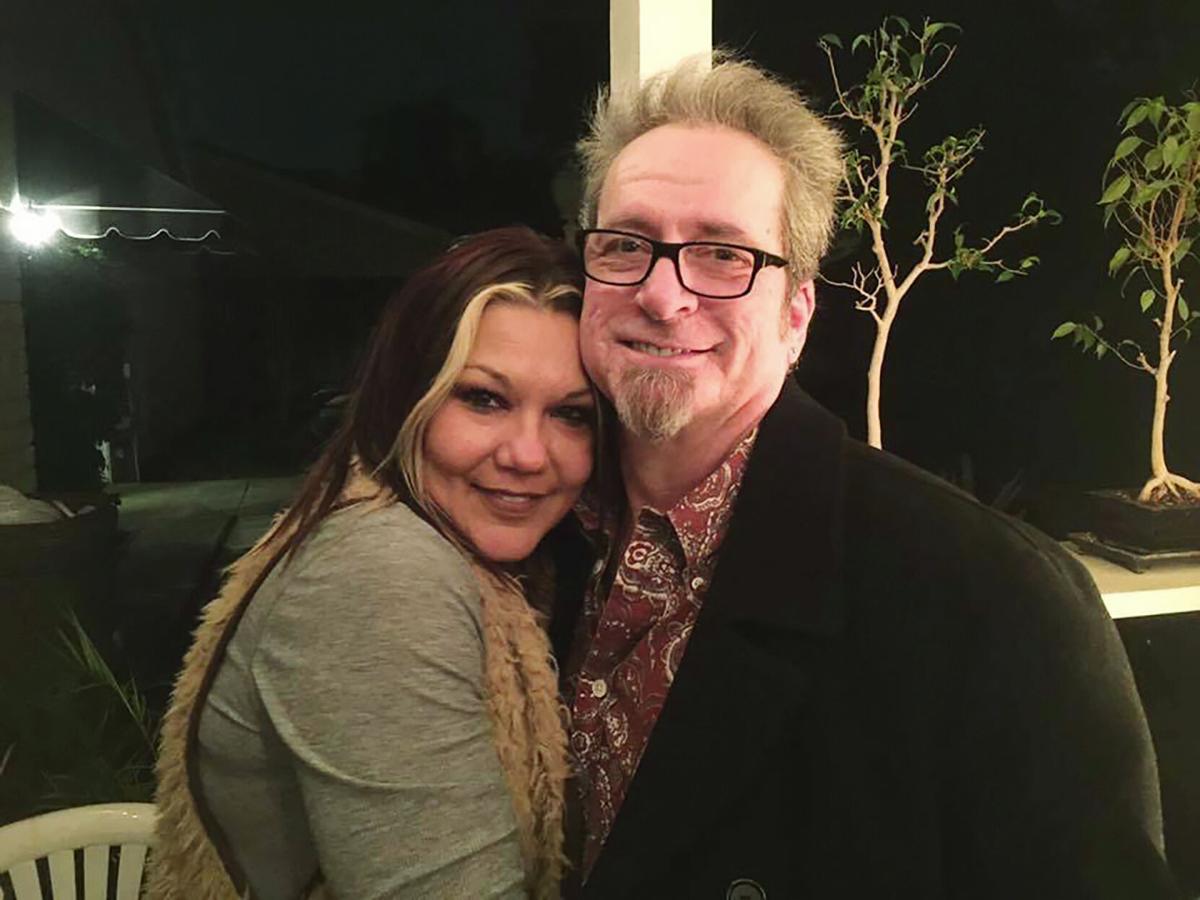 Musicians Dawn Gianettoni, left, and Jim Gianettoni, who died March 16 from complications due to brain cancer.

The portrait of a guitarist as a young man. Jim Gianetonni died March 16 at age 56.

Guitarist Jim Gianettoni, right, seen performing with his wife, Dawn, the lead singer and co-founder of their band Syster D, passed away on March 16 from complications due to brain cancer.

Local guitarist Jim Gianettoni passed away on March 16 from complications due to brain cancer. He was 56 years old.

Musicians Dawn Gianettoni, left, and Jim Gianettoni, who died March 16 from complications due to brain cancer.

Guitarist Jim Gianettoni didn't just embody the tenets of respect, generosity and consistency in our local music community, he amplified those qualities in others. Literally.

"He was a master guitar builder and he could repair amplifiers as well, mod them and make them better," said Marc DeLeon, his longtime friend and bandmate in the rock cover band Syster D. "Jimmy played through amplifiers he built that were perfect representations of classic Marshalls and stuff. He basically opened one up, looked at it and said, 'Ahhhh I can build that,' and he would build it! And that's what he played through. He had amplifiers that have custom names on them that just say 'Jimmy.'"

Jim Gianettoni died March 16 from complications due to brain cancer. He was 56 years old.

Gianettoni was unassuming and modest both in his craft and his personality: steady and quietly impressive, much like the gold-top Gibson Les Paul he was often seen playing.

As a guitarist, Gianettoni could shred as well as wail. I saw that firsthand whenever he and I would attend one of the various Cattle Call jams or when I'd see him perform with Syster D along with his wife (and the band's co-founder), vocalist Dawn Gianettoni.

"He was six weeks my junior," said Dawn Gianettoni who was together with her husband for seven years and married for four. "That was always a laugh between us: I was a 'cradle-robber.'"

Besides Syster D, the Gianettonis played together in the rock band Sneaky Pete. Gianettoni's musical history here has been going on for decades, playing in such local bands as English Revolver, Soul Dogs and the popular 1980s glam rock band Forced Entry.

It was around that time — 1987-1988 — that Gianettoni lived in Southern California sharing an apartment with roommate Steven Sweet. In 1989, Sweet would go on to multiplatinum success with his band Warrant — of "Cherry Pie" fame — one of the stronger acts to come out of the 1980s Sunset Strip scene.

"I was living with him in a studio apartment sleeping on a floor while he slept on a couch," Sweet said during a phone interview from Arizona. "Classic story of eating Top Ramen and Little Caesars pizza together and then I got my dreams fulfilled and started working with Warrant full time and then got a place. He was generous and always kind and helpful, and — from what I remember of him — a great guy."

Except for a brief reunion during a Warrant performance at the Whisky a Go Go a few years ago, Sweet and Gianettoni lost touch after 1989. Hearing of his friend's passing affected Sweet and had him reflecting on their friendship and lost opportunities for catching up.

"He took me in when I needed a place and he had a car and I didn't and he actually hooked me up with a very good job," Sweet said. "He would drive us into work and he was my boss but there was no hierarchy to it. We were just friends tooling down the freeway going to work every day, come home and hang out. He had his ways of relaxing and I had my own and I think we just kind of coexisted well."

"We didn't raise hell a whole lot together. Seriously, two guys in their early twenties bunking up the way that we did and not a whole lot of extra gravy on the table so we hung out. His generosity was very obvious."

For the last three years, Gianettoni donated his time setting up guitars, making sure they were playable and sounded good for the local nonprofit organization Guitar for Vets and Foster Youth Project, which provides those guitars to veterans and foster youth.

"He made every cheap guitar sound like a million bucks," said the organization's founder John French.

"When I got the idea and wanted to do it, I asked Jim after he fixed a guitar for me, 'Hey man, if I wanted to give some guitars for some foster kids how much would you charge me to fix them?'"

Upon hearing what Gianettoni had been up to in the last few years, Sweet said, "That's very giving. That's very true of someone who loves their instrument and wants to share it."

"He gave countless hours to the homeless and vets," said Dawn Gianettoni. "He rebuilt so many guitars. We had a hundred-plus guitars come to our home and it took up a lot of his time, but he made sure each one, before they got out, was perfect."

The outpouring of grief and condolences rippling on social media showed just how much the generous musician quietly affected such a wide range of players and people of different ages.

"That's my Jimmy," said Dawn Gianettoni. "Jim Gianettoni knew music inside and out, technically, and he touched so many people and helped in the community. That was his secondary love aside from his wife and family."

A memorial for Jim's life will be held at 11 a.m. April 3 at The Rock Church, 1400 Norris Road. Food and fellowship will follow.