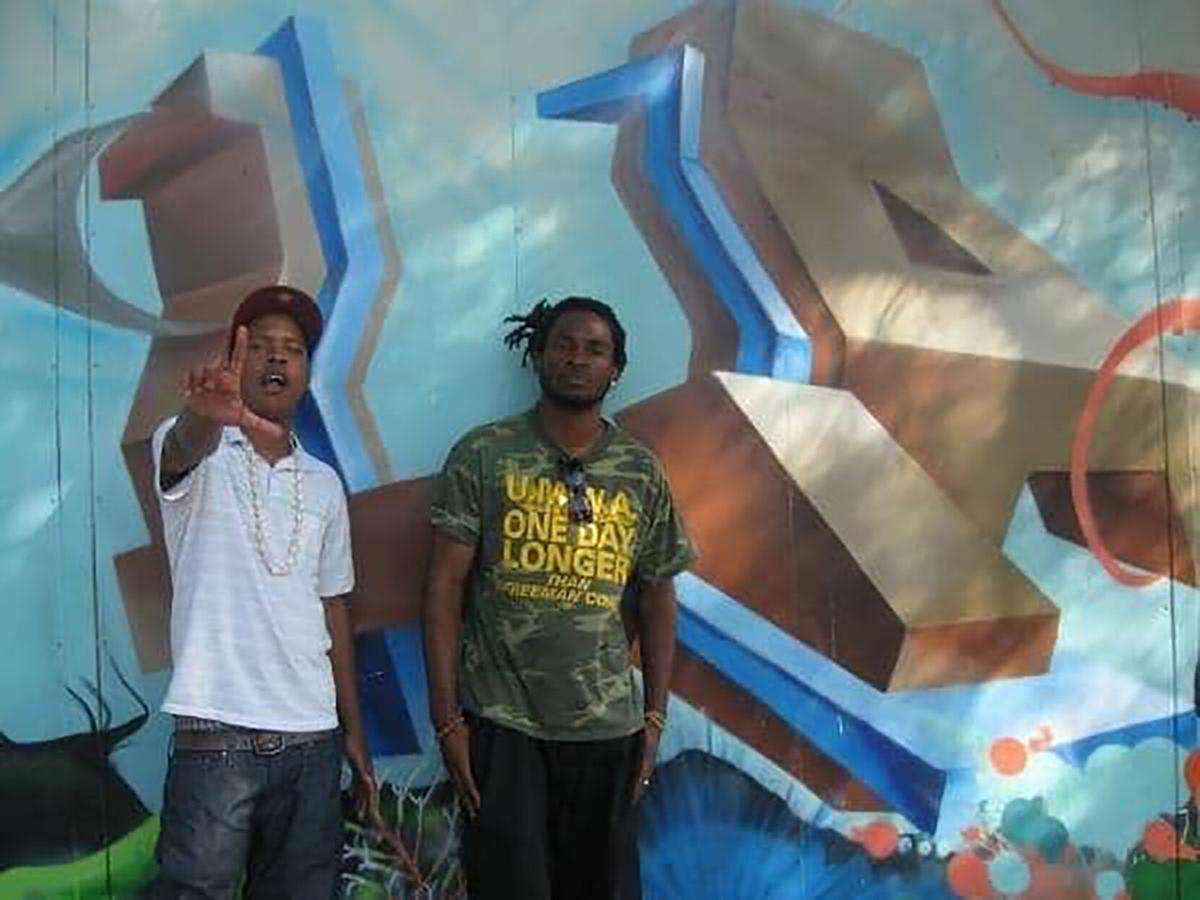 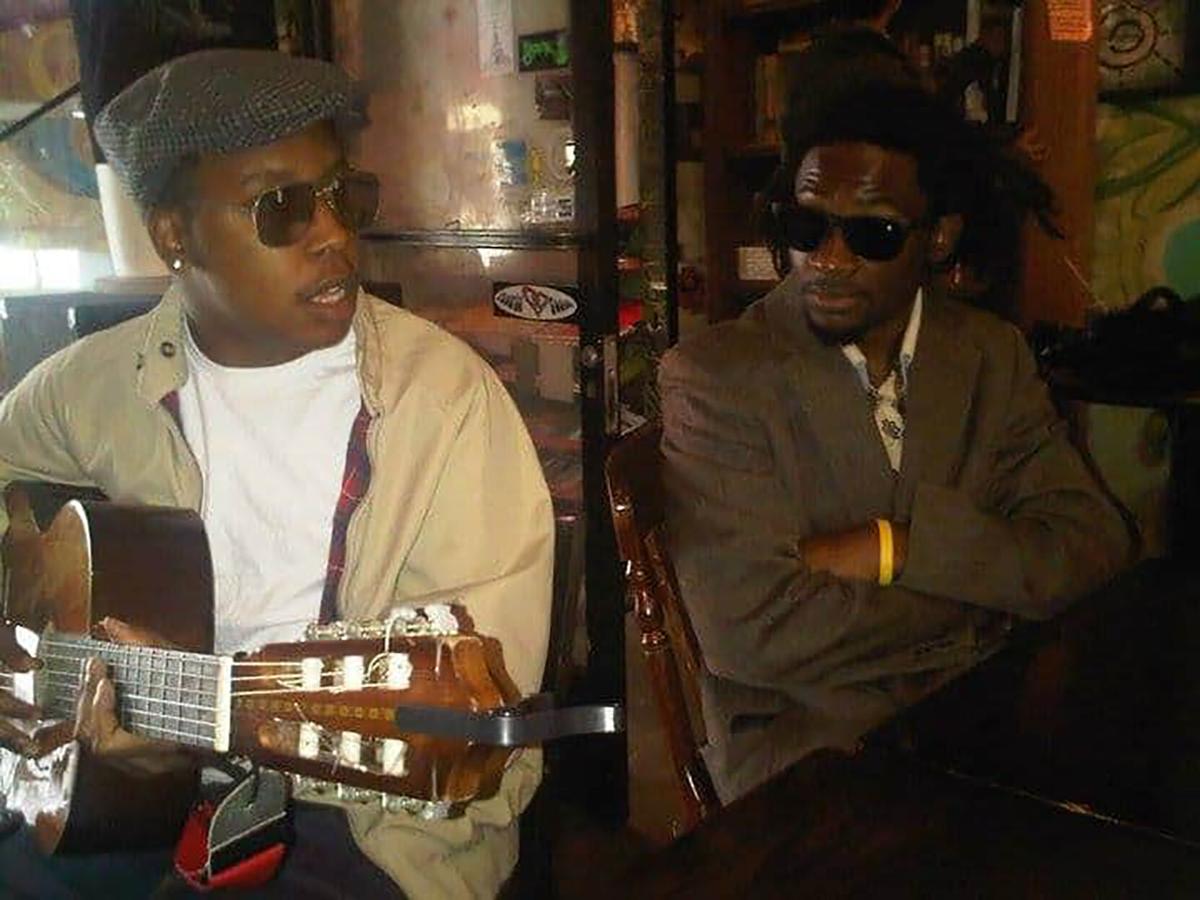 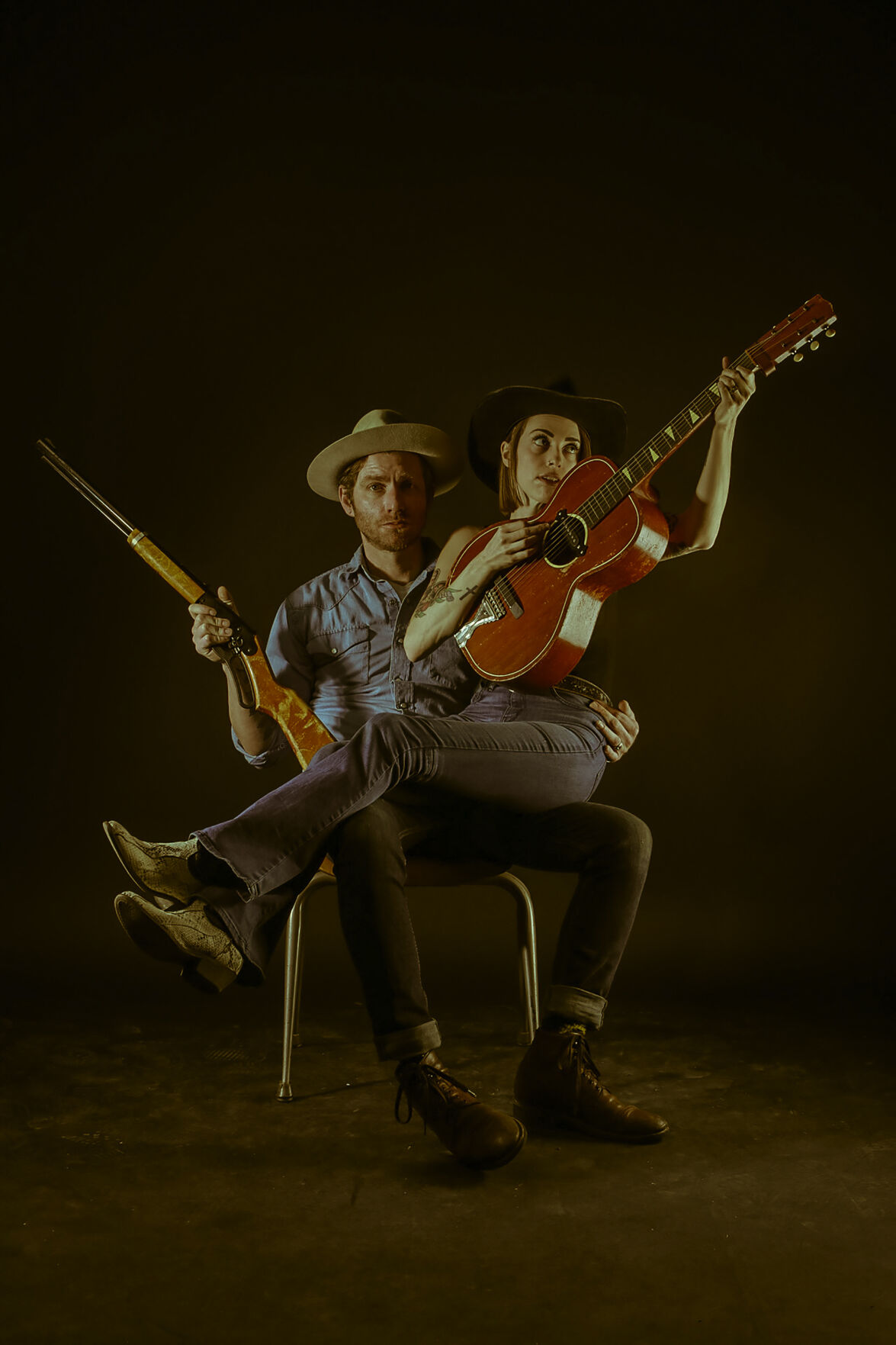 The Appletons will release its latest single, "SAD," on 7-inch clear vinyl. 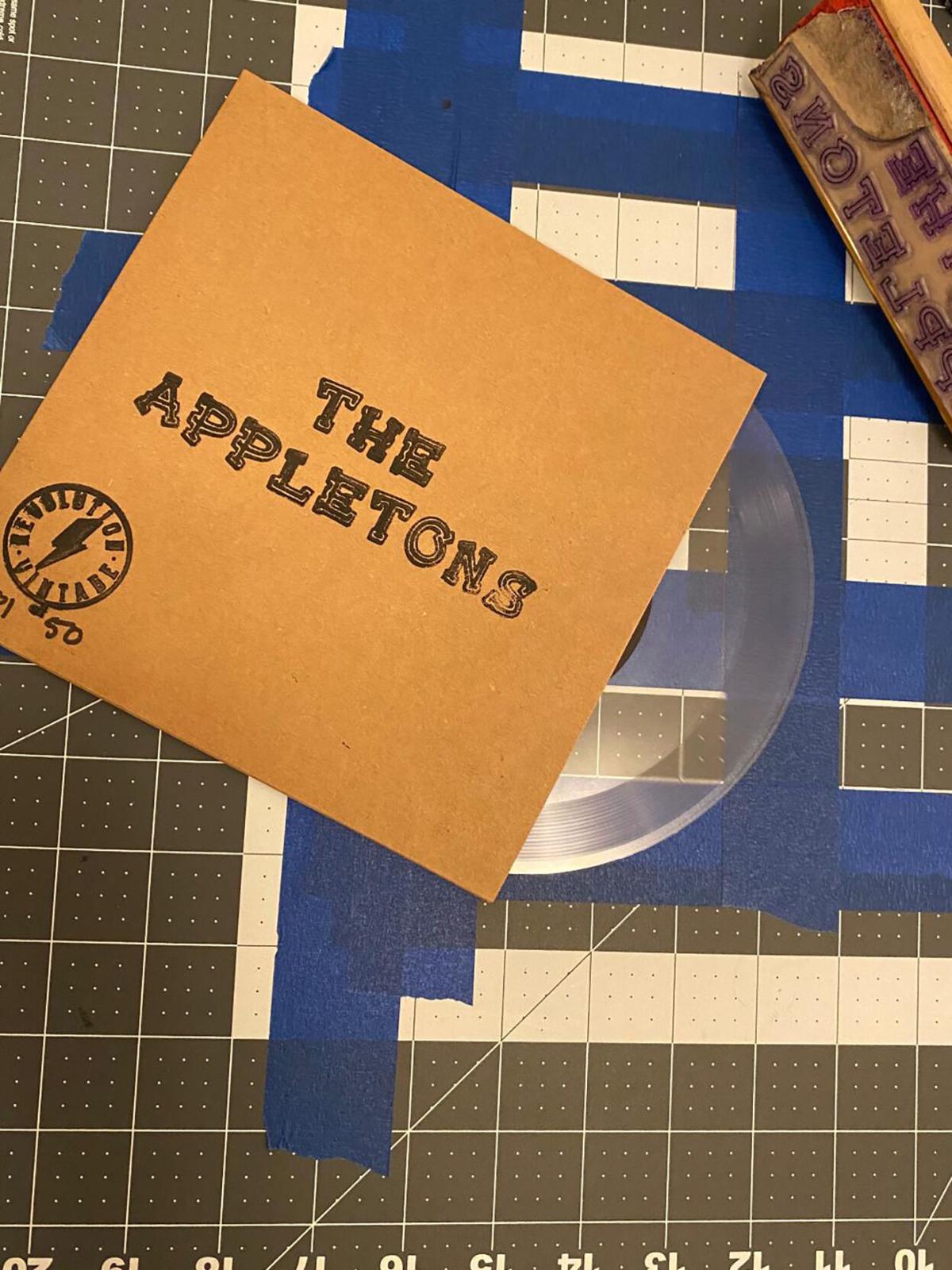 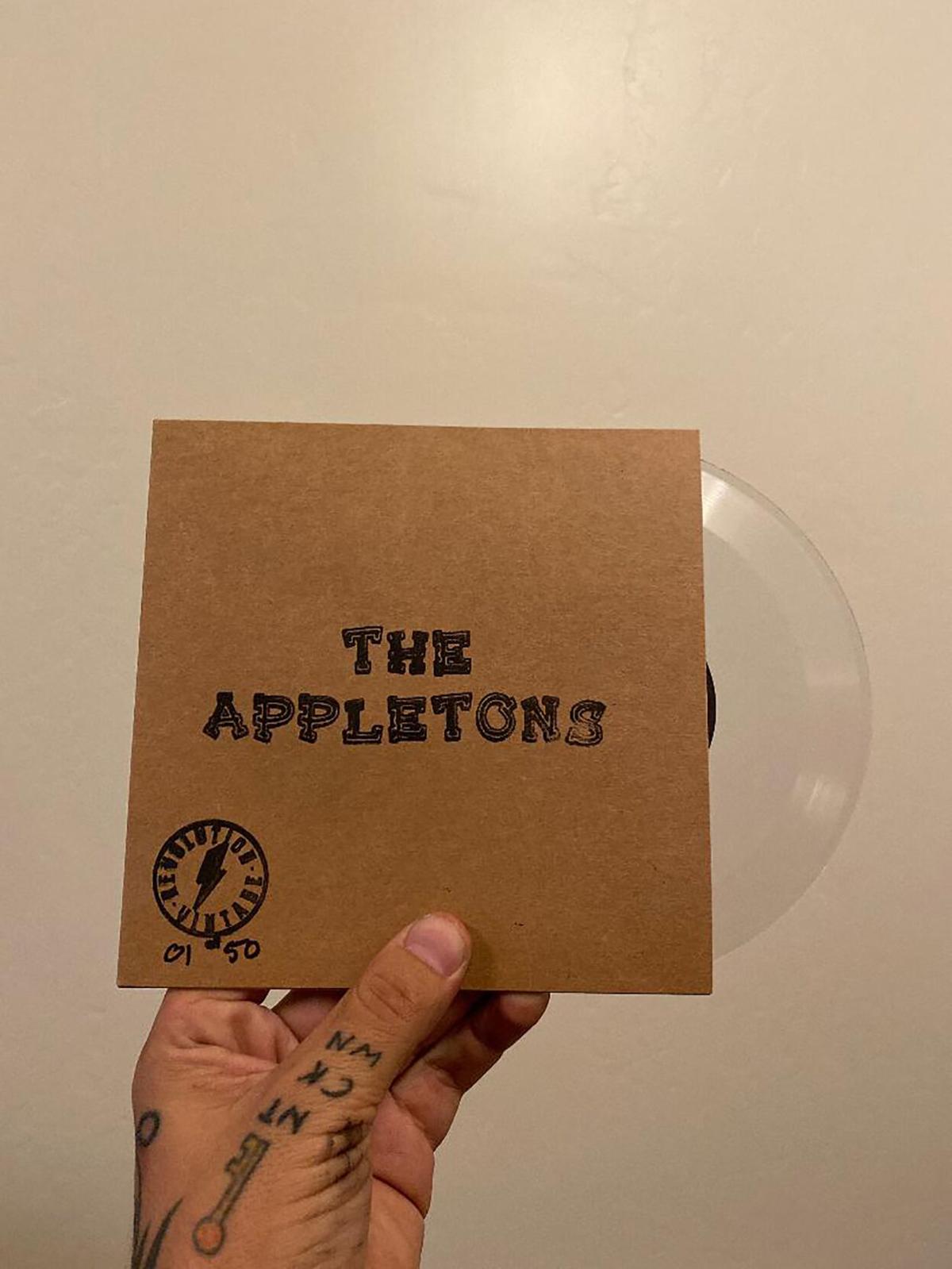 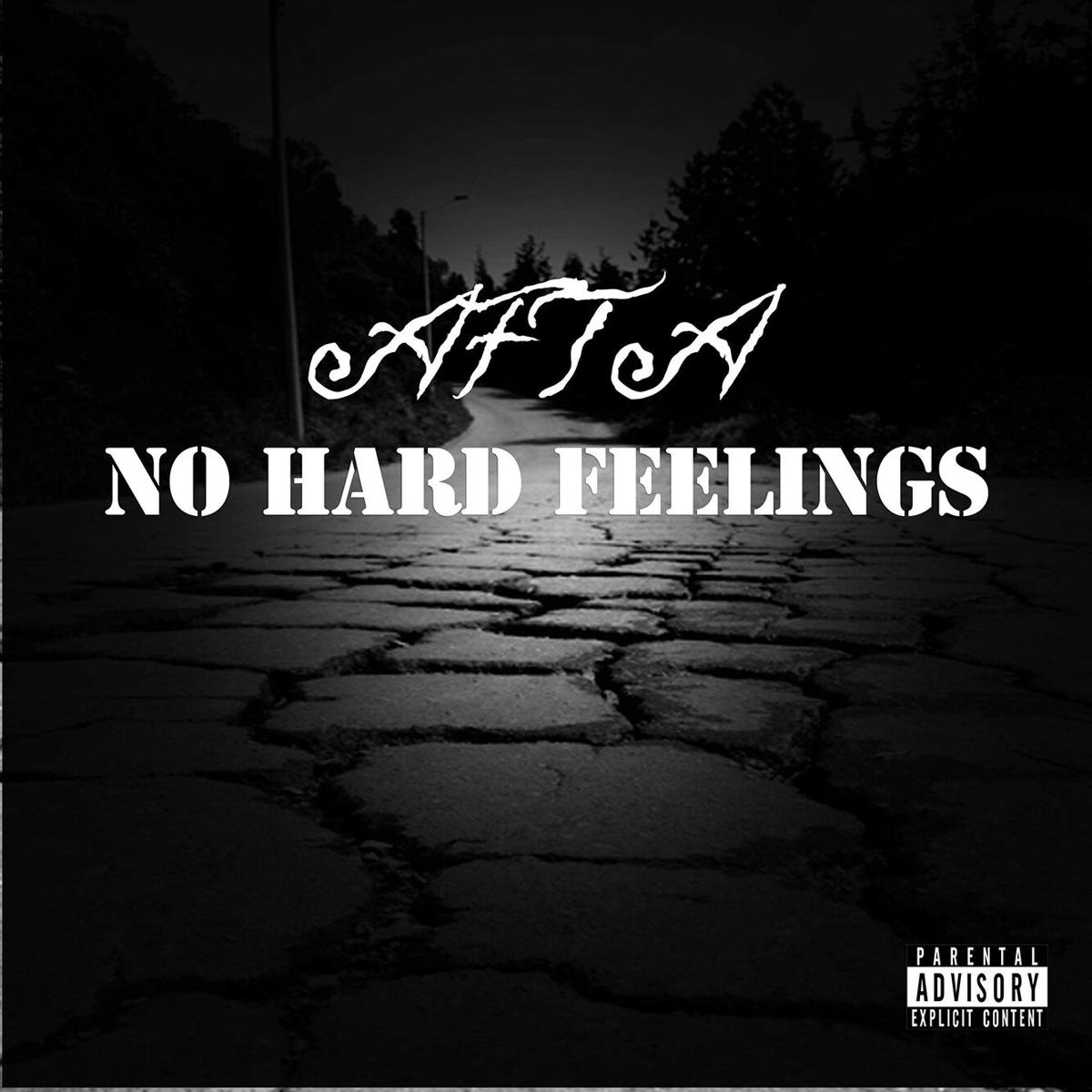 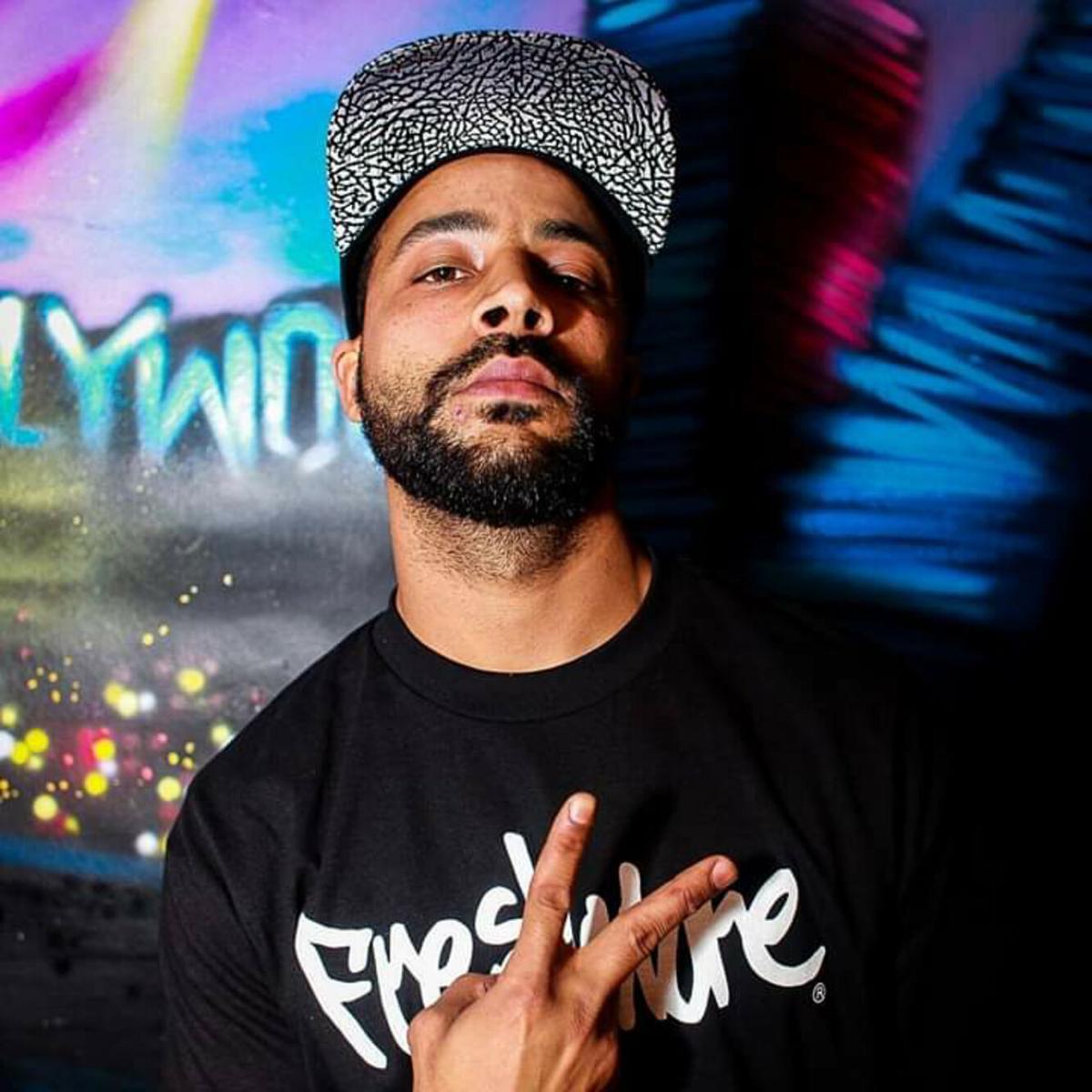 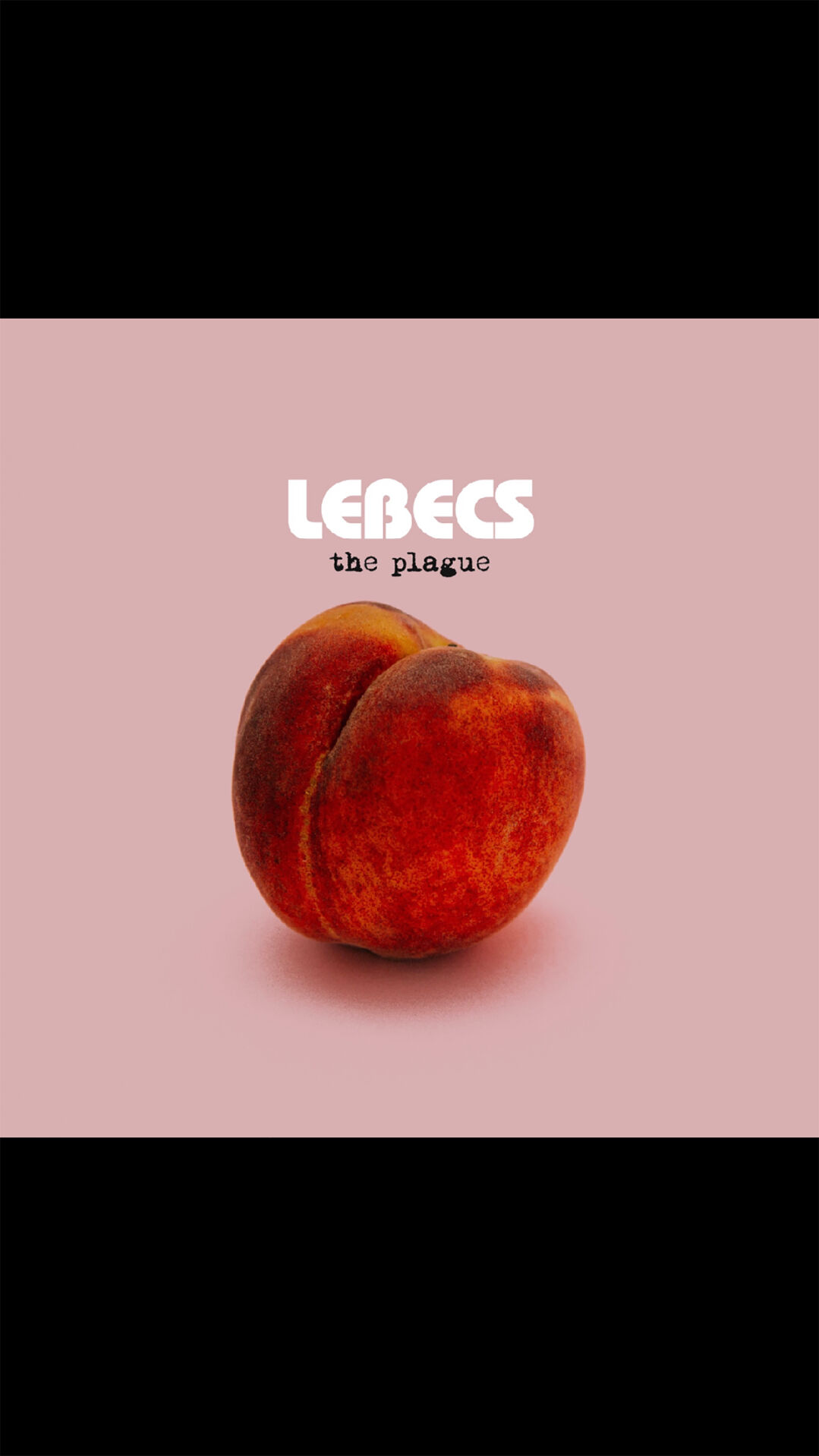 "The Plague," the first release by local act The Lebecs, will be available as an early release Friday on Bandcamp.com. The cover features art by Phil Prevost aka frenchfryphil.

The Appletons will release its latest single, "SAD," on 7-inch clear vinyl.

"The Plague," the first release by local act The Lebecs, will be available as an early release Friday on Bandcamp.com. The cover features art by Phil Prevost aka frenchfryphil.

One of the most rewarding aspects of covering local music isn’t just in discovering the sheer variety of it, but in the various ways that it’s distributed. Four bands have new releases out now or coming soon.

The album’s opener, “The Black Pack,” with its samples from the films “JFK” and “The Italian Job,” pretty much set up the album’s haunting, sprawling feel.

The majority of the album's 17 songs are just under two minutes — with two under one minute — and they cover a variety of moods and styles. With energetic up-tempo tracks like “Check the Vibe” and the drum and bass mover ”Battle of the Bands,” to songs simmering in their own heat like “Couch Music,” and album highlight “Sweat Box,” “Vibe Chaserzz” is a hard album to pin down. The album closer, “Stick to the Script,” effectively riffs on the first two notes — not the whole song, just the notes — of the Al Green classic “Let’s Stay Together.”

The ambition behind it — the group’s sixth release — is evident. Behind the scenes, that drive is even more so, with the band’s primary masterminds, Bakersfield resident Kevin “Black John Jay” Minikwu and Pasadena-based bandmate Keltronix, setting up to release more albums and even breaking into filmmaking.

Minikwu’s flow and delivery throughout is spirited and playful. The echoey, doubled effects on his vocals are a bit distracting at first but eventually lend themselves to the album’s spacey feel. “Talk to Me,” a track featuring Sophia Williams on lone vocals, is a surprising but sweet inclusion.

As of now, the album can only be downloaded as a zip file via the band's Twitter (@PopularLosers) and Tumblr pages (blackjohnjay.tumblr.com), which is a bit trickier to navigate and access than what most of us are used to in our current age of push-button streaming. (Some of the songs on “Vibe Chaserzz,” as well as the band's previously released material, can be found online at soundcloud.com/popularlosers and soundcloud.com/the-popular-losers.)

Hopefully, they make “Vibe Chaserzz” and future releases more accessible, because it — and the burgeoning group behind it — deserves the attention.

Kyle and Lauren Appleton, aka The Appletons, have teamed up with the new local record label Revolution Vintage Records to release a 7-inch clear-vinyl single of their song “SAD.” Its B-side will be a cover of the Sister Rosetta Tharpe song “Up Above My Head.”

This is the first local release for the record label and each numbered copy will be unique with the band’s logo hand-printed on the front of the jacket. It’s a no-frills DIY implementation of a really simple and effective business model: make enough to sell. Preorders for the second batch of 50 singles will be available at midnight tonight at revolutionvtg.com. Don’t wait, though: The first printing sold out in five days.

“SAD” is an uptempo barnburner and it’s available to listen to at soundcloud.com (search for "The Appletons SAD").

Local rapper Jonathan “Afta” Hunter is another artist I’m familiar with, having performed with him on the occasions he sat in with my band Mento Buru.

His newest release is a five-song EP titled “No Hard Feelings,” due to be released digitally on Sept. 10 — his 34th birthday — accompanied by a line of merchandise.

The release is strong, focused and produced with a remarkable sense of sonic balance and clarity. That awareness of space really highlights the vocals even though there’s quite a bit going on underneath, like on the anthemic and defiant, self-proclaiming “Jim Carrey Is Not Funny (That’s Me).”

The rest of the EP includes the cautionary “No Hard Feelings,” the catchy, wistful, almost regretful escapist, “Going to Miami,” its catchy, upbeat thematic counterpart “Up Up N’ Away” and “Confused,” which benefits from Afta’s fiery delivery and a wonderfully dreamy mood.

That’s actually a common thread throughout all of these releases: starkness and beauty, much like a desert sunset.

With this release, Afta is providing us with a statement of purpose: He’s ready — and hungry.

The Lebecs, longtime all-ages venue stalwarts from the late 1990s through the early aughts, will debut its first release in 20 years this Friday with the song “The Plague." Even though the song sounds timely, it isn’t necessarily based on our current global pandemic — or is it? It depends on your perspective.

According to singer Nick Gonzales, he believes the song should be open to interpretation: “In this world of instant information and social media opinions, every day seems to bring a new, overwhelming issue. But, at the end of the day, we somehow manage to make it through. Hopefully, this song captures some of that.”

The song is a fuzzy, midtempo contemplative rocker counterbalanced with light bubblegum-pop harmonies — appropriately, by both low and high voices.

Gonzales sings, “I’m feeling all right, I’m feeling oh, so right” while in the midst of "pitchforks and barbed wire" and "brimstone and hellfire" only to add “let’s all run from the plague.” It’s a bit melancholy but hopeful — one part Louvin Brothers, one part Weezer.

The song, the first off the band's yet-to-be-titled upcoming EP, will be available as an early release on Bandcamp.com this Friday, and all streaming platforms to follow.

Music holds the mind together as it opens a persons heart and other areas. What you hear in your growth stages of life often holds the keys to reconnecting the brain after a person suffers a life threatening event, such as a stroke. Leave a song list of your favorites and it just could help you survive if and when you have a health issue. That said, don't ever allow anyone to tell you your lyrics are "improper or inappropriate" and copyright or publicly document all of your stuff before someone decides to take it and put their name on it for all eternity. The more things change, the more they seem to remain the same. Plagiarism is a sad fact of the music and art world.