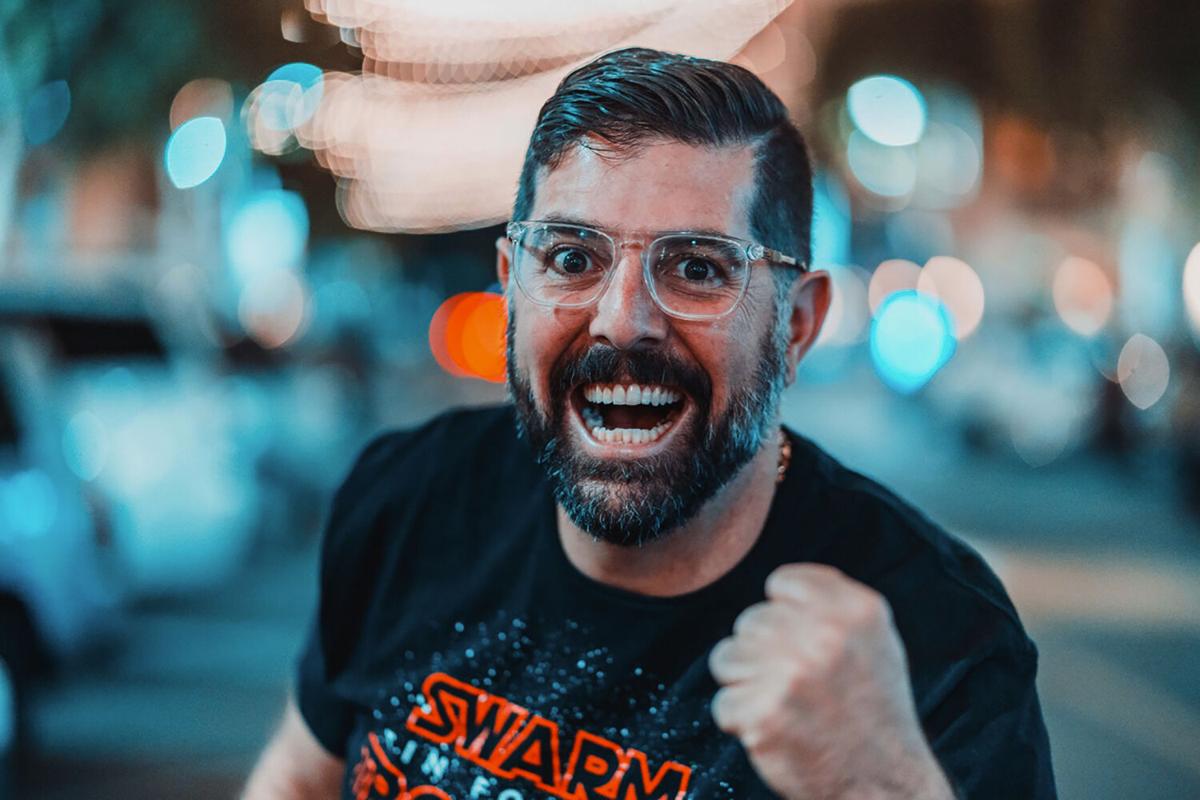 Comedian Sam Tripoli holds nothing back with his stand-up comedy, which will be on display Saturday at The Well. 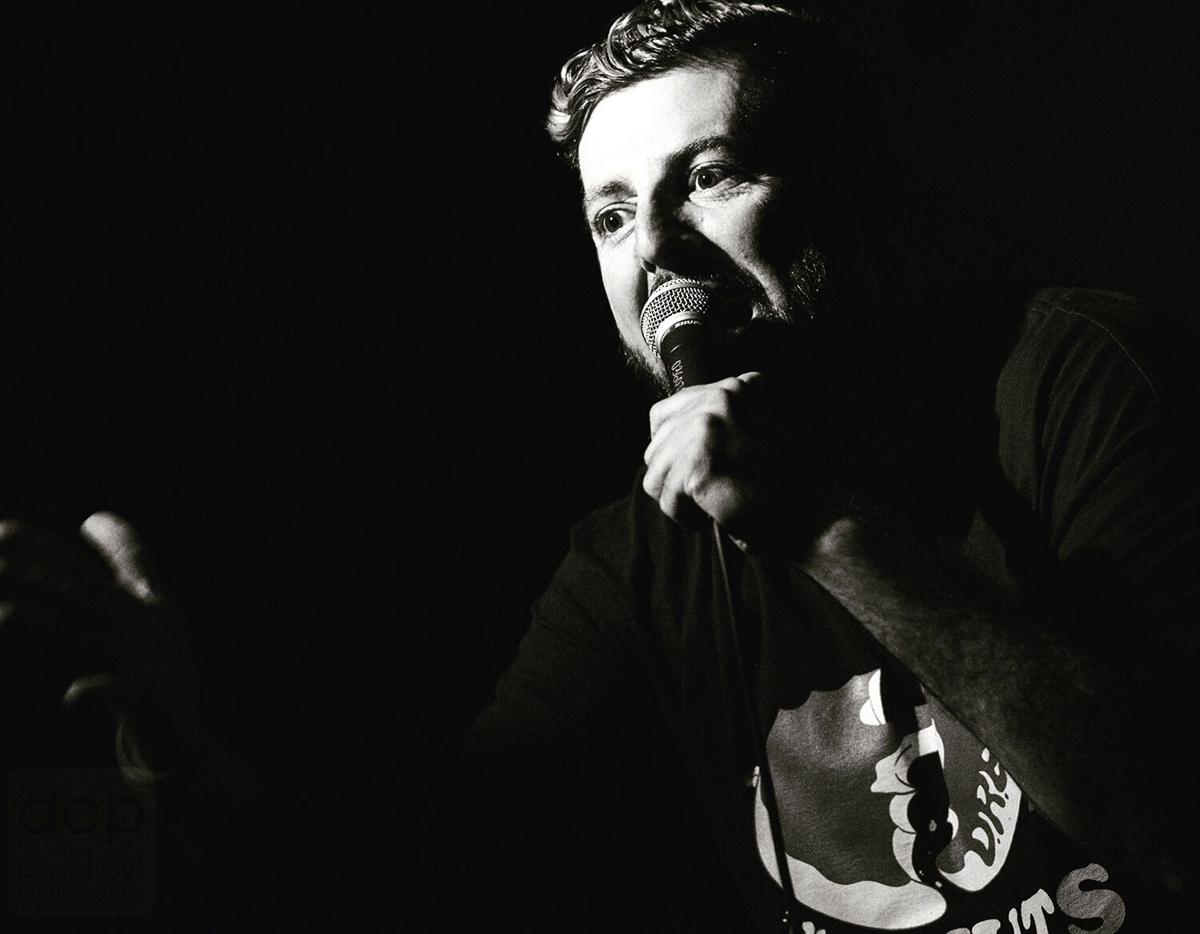 Sam Tripoli will headline Comedy Night at The Well on Saturday hosted by Daniel Betts and featuring Jeremiah Nation. 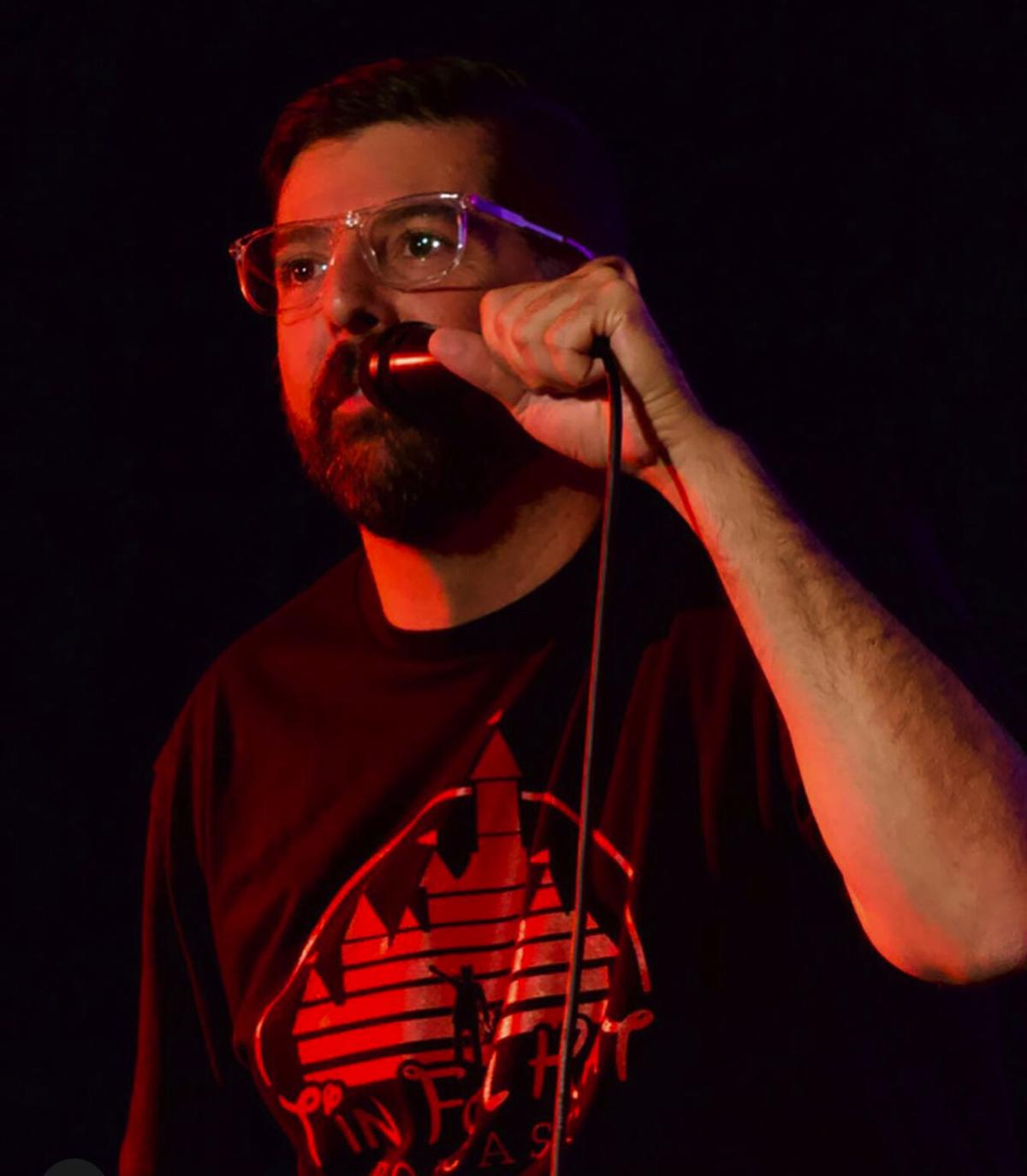 Comedian Sam Tripoli, who has got his start at The Comedy Store, brings his stand-up comedy to The Well this Saturday for two sets at 6:30 and 9:30 p.m

Comedian Sam Tripoli holds nothing back with his stand-up comedy, which will be on display Saturday at The Well.

Sam Tripoli will headline Comedy Night at The Well on Saturday hosted by Daniel Betts and featuring Jeremiah Nation.

Comedian Sam Tripoli, who has got his start at The Comedy Store, brings his stand-up comedy to The Well this Saturday for two sets at 6:30 and 9:30 p.m

Comedian Sam Tripoli, who will perform at The Well this Saturday, has a resolute determination to question everything based on a fundamental love for humanity.

And question he does, with a Fox Mulder-like level of dogged determination. In discussing conspiracy theories or spirituality, respectively, on his podcasts "Tin Foil Hat" and "Zero," the 48-year-old Tripoli is a firm believer that we change the world when we change ourselves. In his case, usually with audiences laughing. His 2019 "Zero (expletive): Sam Tripoli Live From The Viper Room Stand Up Special" is highly recommended and, warning, packed with explicit language and subject matter.

One of his YouTube profile pictures is a mock-up drawing of him as one of the blue-faced, bug-eyed, devious aliens-in-disguise from John Carpenter's 1987 film "They Live," itself a treatise on oppressive subliminal messaging and mass control. In its first paragraph, Tripoli's Wikipedia page describes him as an "American comedian, writer, producer, host and conspiracy theorist." Even his merch T-shirts declare, "Everything is a conspiracy."

Based on his persona presented on his podcasts and YouTube videos (he's also been a guest on the Joe Rogan podcast as well as on Bobby Lee's "TigerBelly" podcast), he sounds less like a fanatic and more like a person who questions because he has to.

A way of pursuing truth outside of established norms with a relentless and unwavering curiosity; asking, think for yourself because others will eventually try to think for you. To him, "you can change your life by making change."

"That's just kind of how my father raised me," Tripoli said. "It's a combination of that and my love of people and humanity. At the end of the day, I just don't like being lied to. That's really it. And I see it being done on a very large scale over and over again."

"I believe in my heart of hearts that people are very special and where we live is very special and people are getting bombarded with the notion that we're helpless. That we have no choice and it's all going to be bad and negative and I don't believe that. I like to help people look at a bigger picture and see that they really are in charge of their life."

While his thoughtful perspective might sound a bit more philosophical or esoteric, the guy really knows how to bring the funny. Tripoli fits at the center of a Venn diagram where the observational humor of Jerry Seinfeld intersects with the reactionary big-picture outlooks of Bill Hicks and George Carlin and the raw ribaldry of Sam Kinison.

"I like to just pour gasoline on political correctness and set it on fire," Tripoli said. "I think political correctness is laziness and it comes with too much fine print to be taken seriously. Whatever anybody thinks is sacred I will just go off on. Because I love everybody, I think you should equally be able to make jokes about everybody. And that's kinda where I'm at and that's kinda the new front."

"You're going to see the raw, real stuff you haven't seen in a long time. As long as you're not coming from a place of hate, you can say whatever the hell you want."

Local comedian Daniel Betts will be hosting the 21-and-over event. Audiences can catch either the first set at 6:30 p.m. or the second set at 9:30 p.m. (doors open an hour earlier) at The Well, 7401 White Lane, Suite 7. Both sets have the same basic show but with Tripoli, anything goes.

Attendees be aware that Tripoli thrives on audience interaction so be ready for him to try to make you part of the show. Heckle at your own risk.

This Saturday will also see the return of the Bakersfield Record Swap at Bakersfield Beer Co. For those of you who either missed or didn't get enough of last week's Record Store Day, here's another chance to get your vinyl fix.

The cold beer at Bakersfield Beer Co. will be a good way to quench the Bako heat while you look for that missing piece for your collection or possibly find your new favorite album you never knew you needed. There will be plenty of vendors and local record label Killer Kern will also be there showing off its wares.

It'll be a great opportunity to find a last-minute Father's Day gift for those who would appreciate being reminded of the days of turntables and when music meant everything to them. Better yet, go shopping with your dad if you still can and find out more about his — and your — musical DNA. The Phantom Stranger Pat Spurlock, a rocking dad himself, will serve as DJ during the event.

Trippin With Tripoli: Live From Minneapolis