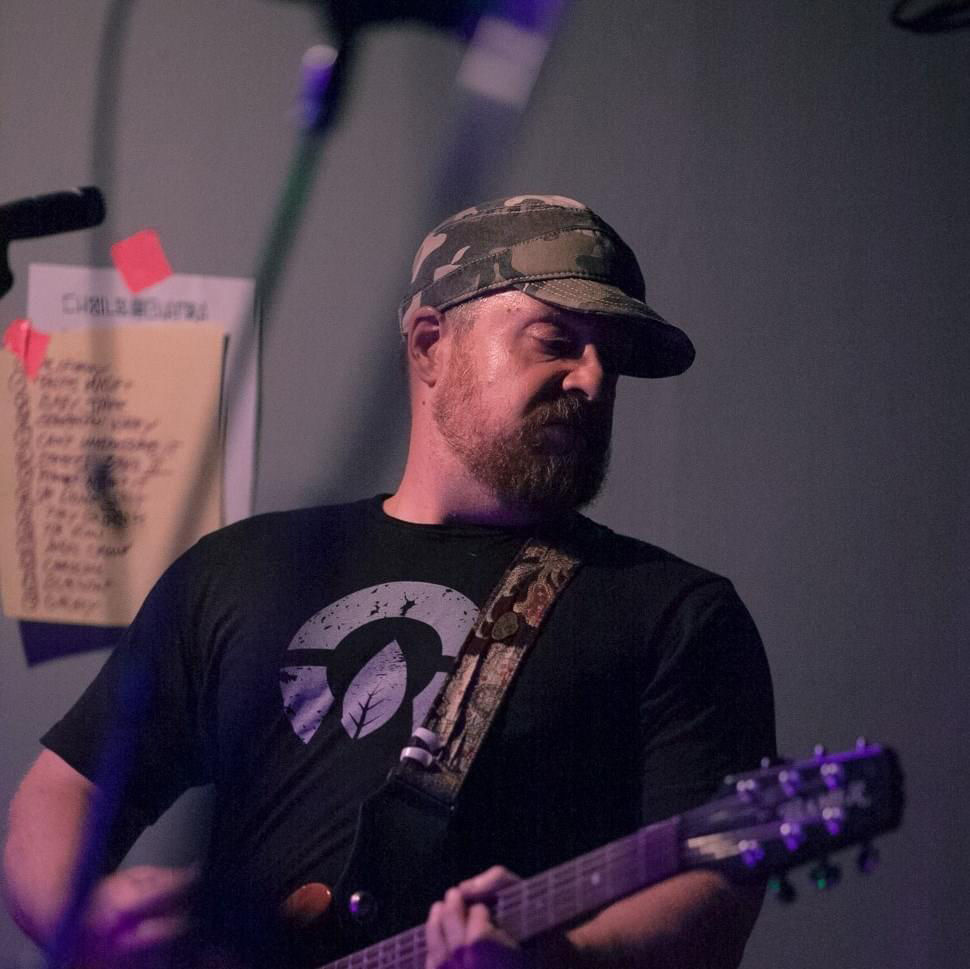 Singer and guitarist Dustin "Catfish" Meridith will stream a performance at 7 p.m. Saturday live on Facebook with all tips from viewers going directly to the University of Washington Medicine Emergency Response Fund. 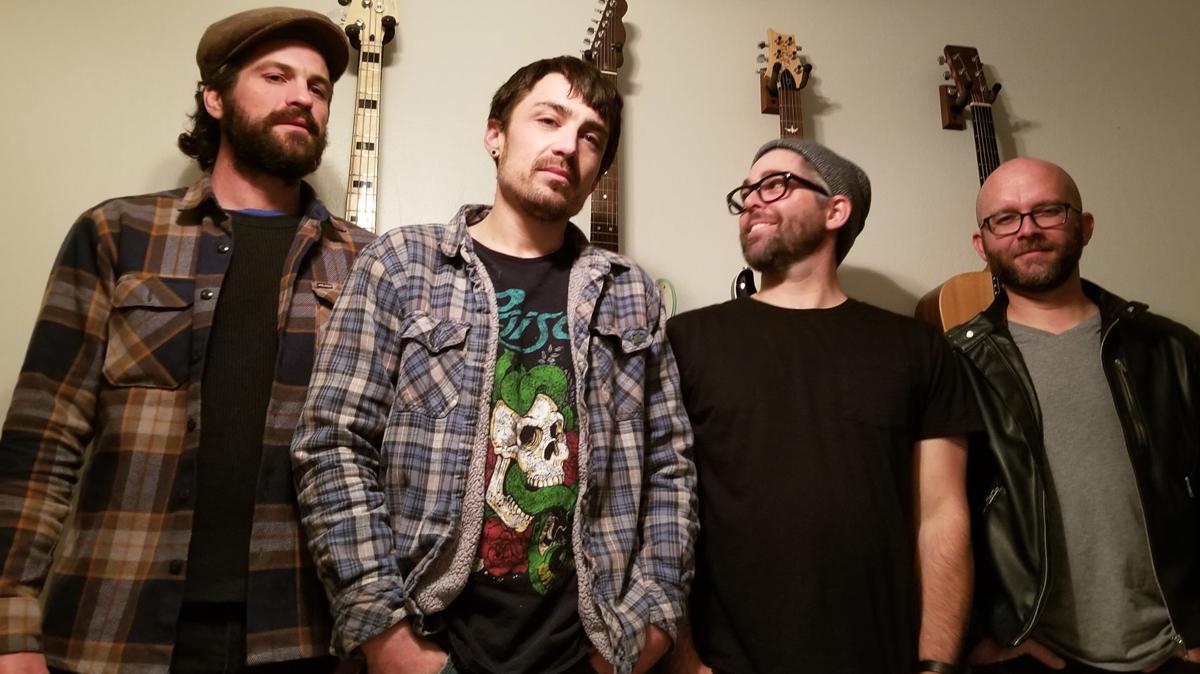 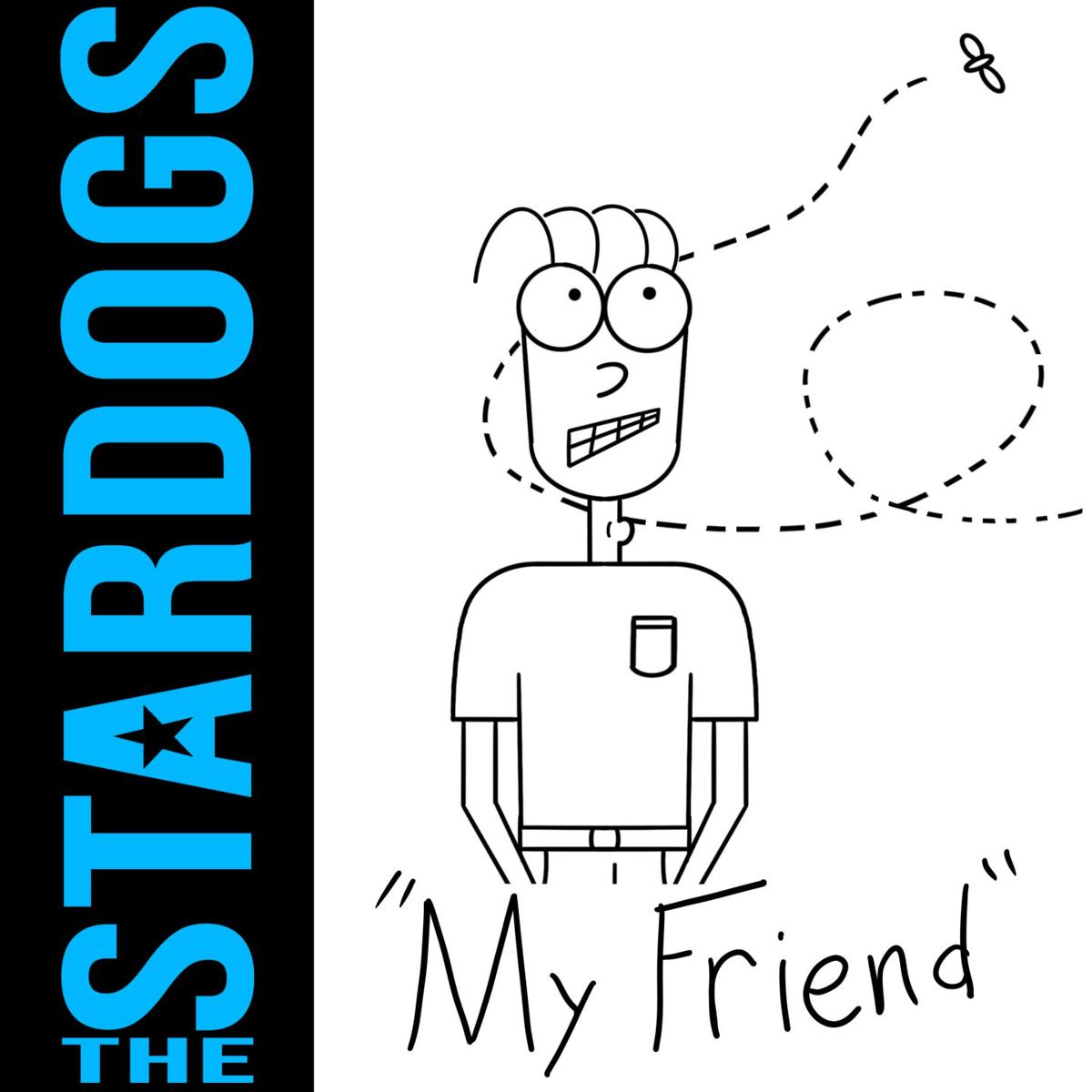 Chad Dupraw designed the cover art for The Stardogs' debut single "My Friend." 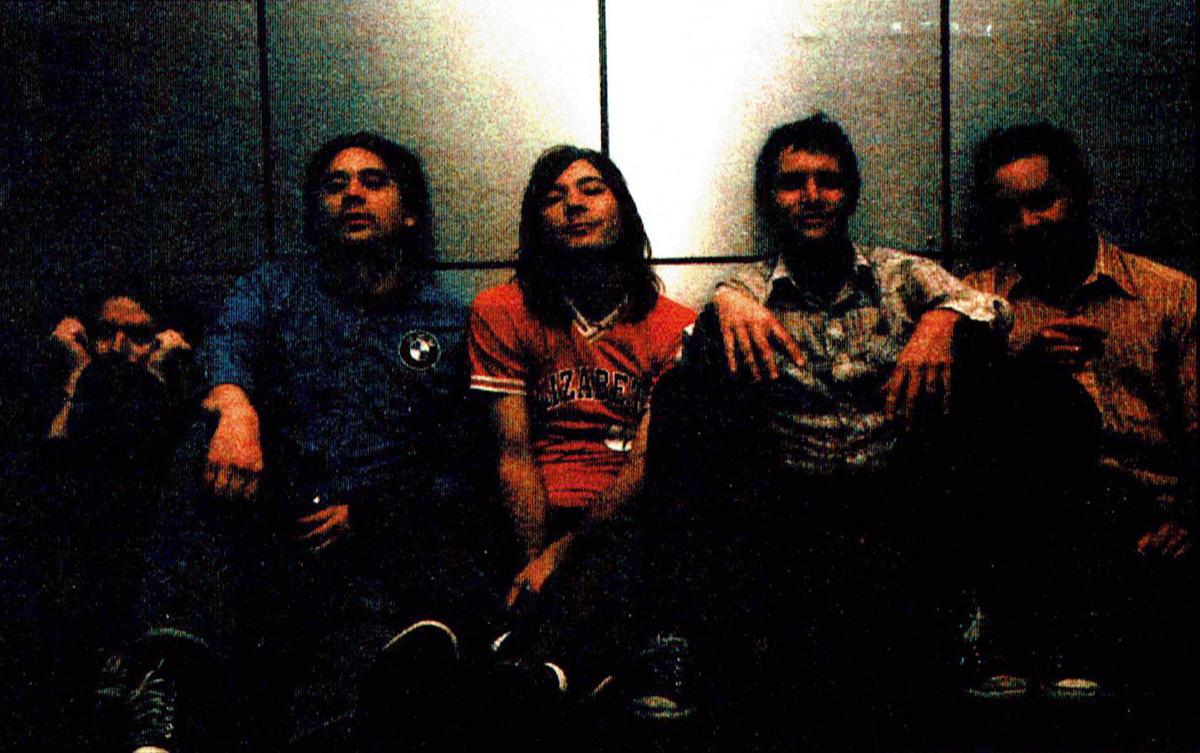 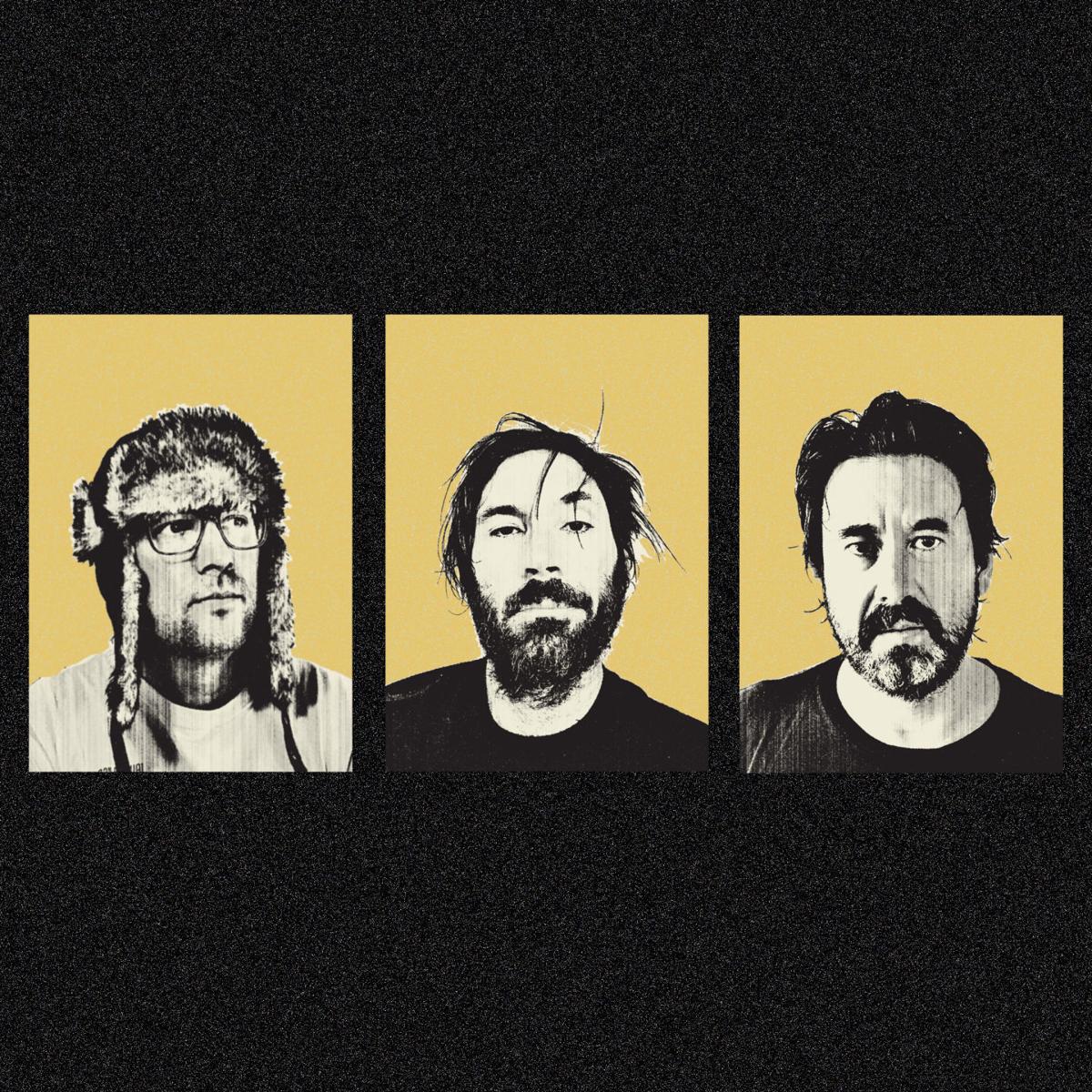 Squatcho — from left, Don Collins, Dylan Geurtsen and Johnny Wall — has released "Out of Place," its first album in 15 years. 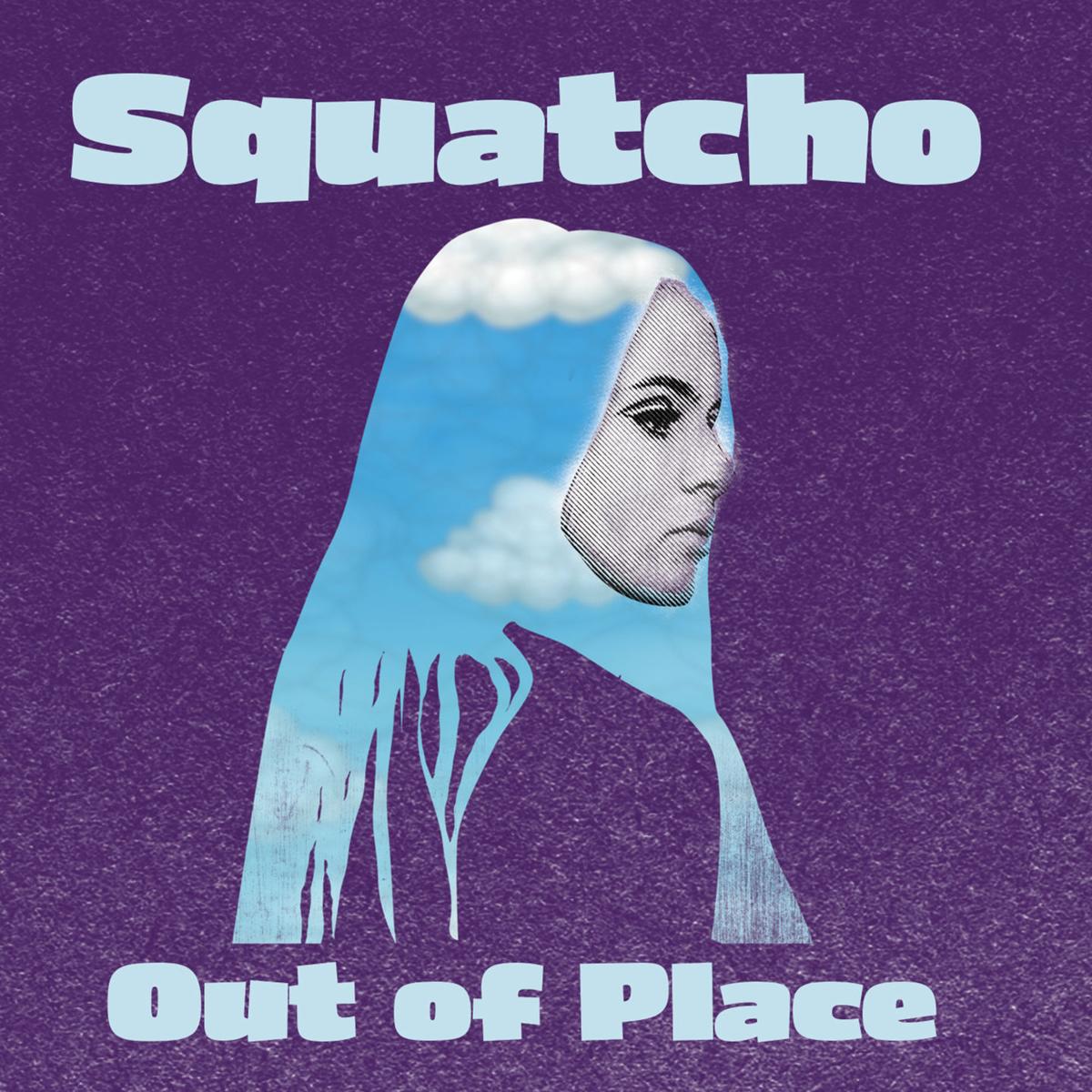 WIth art by Raul Gallardo, "Out of Place" is the first album in 15 years for indie-power-pop group Squatcho.

Singer and guitarist Dustin "Catfish" Meridith will stream a performance at 7 p.m. Saturday live on Facebook with all tips from viewers going directly to the University of Washington Medicine Emergency Response Fund.

Chad Dupraw designed the cover art for The Stardogs' debut single "My Friend."

Squatcho — from left, Don Collins, Dylan Geurtsen and Johnny Wall — has released "Out of Place," its first album in 15 years.

WIth art by Raul Gallardo, "Out of Place" is the first album in 15 years for indie-power-pop group Squatcho.

One of the few bright spots to come from our global shutdown is the surge in streaming concerts and the awareness that even in this time of physical distancing, we're probably more connected than we've ever been.

Musicians that have relied on live shows as their primary — if not their only — source of income have had to adapt to this new reality, while others are using the medium in a more benevolent capacity.

Singer and guitarist Dustin Meridith is one of those musicians. He's been livestreaming shows from his residence near Olympia, Wash., the last couple of weeks and donating the tips he makes to charity. This Saturday, he'll be livestreaming on Facebook at 7 p.m. with the hopes of keeping the shows going every week.

"My whole thing was, 'How do we help from home?'" Meridith said. "We're all stuck at home but we have this insane technological ability now to be in each others' homes at the same time thanks to FaceTime and different video apps that are out there."

This Saturday's performance — his third overall — will benefit the University of Washington Medicine Emergency Response Fund to help provide aid and supplies to medical workers. His first online show raised $320 for the Jeremy Wilson Foundation, a group that helps musicians in the Pacific Northwest with health care costs due to COVID-19. His second show raised $240 for the Emergency Feeding Program in Seattle, which helps get groceries to the poor and elderly.

Where those previous performances focused on country music, this Saturday's will focus on soul, including songs dedicated to the iconic Bill Withers, who died March 30 at age 81.

Meridith plans to involve a Bakersfield charity with the next show after this weekend.

"(I want) to give back to all the folks there supporting me," said Meridith, who was raised in Bakersfield. "Most likely that will be the 17th since UFC is the 18th and my guess is that will be huge. That will be jam night. Classic rock mashup of everything."

Better known by the nickname "Catfish," the 42-year-old Meridith is best known to local audiences for his duo work with the prodigious violinist Paul Cartwright and for the band Weapons of Mass Destruction, a group that mixed country, soul, rock and bluegrass into a massive-sounding improvisational hybrid sound that Meridith coined "beergrass."

Over the last four years, severe chronic migraines have limited his ability to perform live, so these online shows have been as much an exploration into a different forum for Meridith as they are a way to keep in touch with his fans, family and friends here.

"My best friends are calling me afterwards (my performances) saying, 'I was here with my kids, singing,'" Meredith said. "I feel like Bakersfield is very much a communal place; it's a family place. Everybody's very strong-bonded with each other. It will always be home to me."

Viewers aren't required to donate anything, though they are encouraged to share in posting anything they've done to help people out during this time.

"The reality is we can all do something from home," Meridith said. "Cooking for a neighbor, shopping for people who need it, making masks, people organizing people together. If I can sneak into somebody's living room and make ’em smile or sing along in this time of monotonous quarantine? Right on."

The Stardogs, a new local hard-rock quartet featuring Mike Peters on lead vocals and guitar, Benji Eccleston on backup vocals and guitars, Stephen Callahan on bass and Jeremy Bridgman on drums, has recently released its debut single "My Friend" on all streaming platforms.

The song is a great-sounding up-tempo guitar-driven rocker, recorded and engineered by Kyle Appleton (Monty Byrom, The Appletons) at his home studio. Peters' catchy, gruff vocals perfectly complement the thick layer of guitars. If you can imagine Alice in Chains' Layne Staley singing for the Foo Fighters, that should give you an idea of where I think they're coming from. I also can't stress enough how great this song sounds and it even has a guitar solo. A guitar solo!

In other new releases, local indie-power-pop band Squatcho returns with its first album in more than 15 years, "Out of Place."

Recorded by the band's three members in their respective home studios — guitarist-keyboardist Don Collins in Portland, drummer Johnny Wall in Hawaii and singer-guitarist Dylan Geurtsen here in Bakersfield — and mixed by Collins, the album is simply fantastic. These songs go all over the place in a good way and each — like the bouncy "Pop Pop Turnaround" — sounds tailor-made to be included in the soundtrack to any high school movie from the last (and possibly next) three decades.

"Endless Destination" sounds like a cross between Cheap Trick and Adam Ant, and the guitar-and-cowbell "Trainwreck" sounds like it stepped right out of a John Hughes movie, bangles and bandanas intact.

This is an incredibly strong return to form by a band whose real power is in the details. The songs flow so smoothly that it's easy to miss the ear candy that really makes this album work so well, like the background vocals on the album's best song, the moody, glorious "Without Fail." It's pure gold.

What an album. It glows with an earnest, sunset-colored synth-sheen and beats with a ray gun heart. The wait did them well. "Out of Place" will be released on all streaming platforms on April 17 and it's designed to reward repeat listens. Indulge it.

"All Along the Watchtower" WMD's Bakersfield Live at J&M's

"My Friend" — The Stardogs