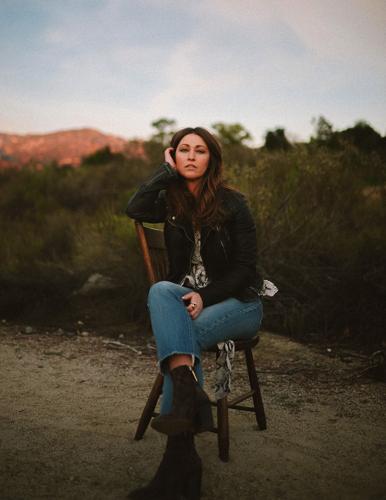 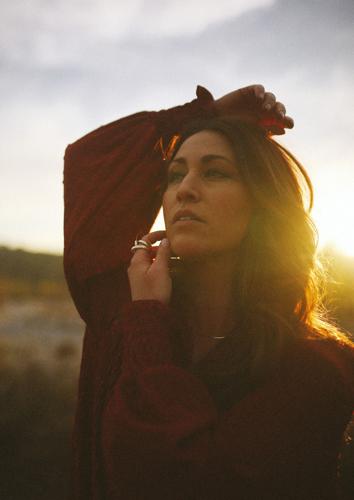 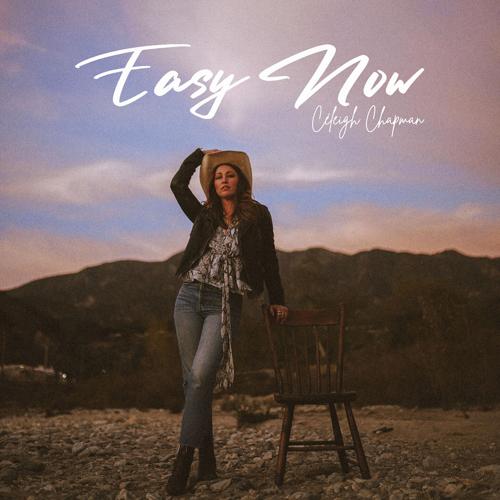 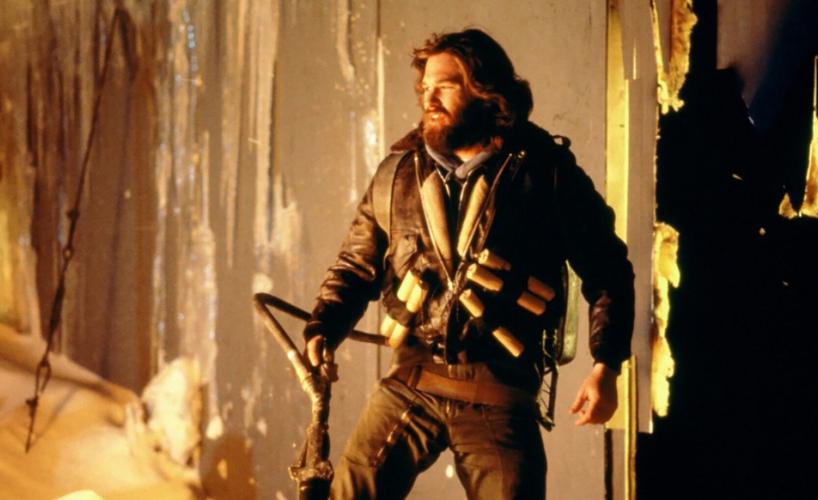 Kurt Russell fights an alien force in "John Carpenter's The Thing," which returns to theaters this Sunday and Wednesday for the film's 40th anniversary. 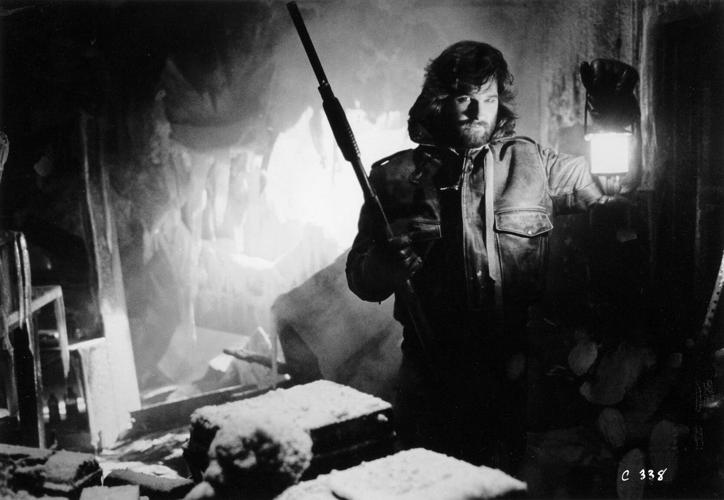 Fathom Events is bringing back "John Carpenter's The Thing," starring Kurt Russell, to theaters this Sunday and Wednesday for the film's 40th anniversary.

Kurt Russell fights an alien force in "John Carpenter's The Thing," which returns to theaters this Sunday and Wednesday for the film's 40th anniversary.

Fathom Events is bringing back "John Carpenter's The Thing," starring Kurt Russell, to theaters this Sunday and Wednesday for the film's 40th anniversary.

Céleigh Chapman (pronounced Kay-lee) is a Bakersfield born-and-raised talent who's been playing in the "bigger playground" of Los Angeles for a few years now.

Her 2017 EP "The Winner" garnered some substantial attention, acclaim and airplay. One of its tracks ("California") was even included on the soundtrack to the 2018 Tyler Perry movie "Nobody's Fool."

"Easy Now," Chapman's latest EP, is perfectly in line with the sound she fostered with "The Winner": expertly produced and performed country music with a 1990s vibe and killer songwriting.

She's also fiercely protective of her Bakersfield roots, tactfully acting as a de facto goodwill ambassador of our community while giving credence to the idea that you can take Chapman, the East High graduate, out of Bakersfield, but you can't take Bakersfield out of Chapman.

"It's such a badge of honor to say that I come from a place of authentic country music and that I'm trying my best to carry on that legacy," Chapman said from her home in Los Angeles. "People can be a bit judgmental when you say you're from Bakersfield and if somebody has something bad to say about it, I start talking about the great stuff that we as a community have to offer and continue to offer."

Most of the work on the five-track "Easy Now" was done pre-pandemic, with its first single, and first track "Not Foolin' Me," released in May 2020.

"I kind of thought, 'I'll put this out and then once we get through this I can put the record out,' and obviously none of us knew how long this would go on for," Chapman said.

The process of getting the EP finished and released for the fully independent artist Chapman was a daunting necessity that benefited from its material's apparently evergreen relevancy.

Said Chapman, "My goal was: 2022, this EP has to come out. I've been listening to the mixes for years now and loving them. They never felt stale. They always felt invigorating and exciting and I thought if the EP was really standing the test of this weird time then I think it's still worth putting out. Its window hasn't passed. It still feels fresh and like there's something to say."

As a release, "Easy Now" is incredibly strong. The instrumental support is superb and Chapman's voice is a precision instrument with an earthy, emotive timbre. She has a stunning level of control and every note she sings is perfectly calibrated to the emotion of each song. The musicians on the release are game to match her.

"I've got a lot of different, really great guitar players on this (including Shania Twain's guitarist Joshua Ray Gooch) and electric guitar in pop music is so few and far between," Chapman said. "That's what I love about this genre is that the electric guitar feels raucous. It feels more rock-leaning than pop-leaning at times but still feels very country."

On "Tryin'" (my favorite song on the release), Chapman's lilting melody during its verses strongly evoke Dolly Parton in the best possible way.

The pensive "Too Much Sunshine," finessed into a pensive uptempo number under the suggestion of producer John Spiker, is a winner. Every track on this EP is, including its closing track "Every Time We Say Goodbye," which Chapman describes as a "classic country bar room ballad drenched in pedal steel."

"John actually calls that our 'Urban Cowboy' song (after the 1980 film of the same name). and would play the track over YouTube scenes of the movie. It fits perfectly!"

Whether it's performing her rendition of "Streets of Bakersfield" around the streets of Los Angeles, not to mention recently at its county fair, or performing on local stages since she was 10 years old, the charismatic and pensive Chapman represents herself and her community skillfully and with passionate resolve.

Somewhere, in a place where Kacey Musgraves, Shania Twain and Aimee Mann musically intersect, Céleigh Chapman is that nexus.

"When I first arrived in Los Angeles, I was worried I wouldn't get very far by playing country music here, or that people wouldn't take me seriously since I was playing country," Chapman said. "As I've gotten older, even with 'The Winner' as well, I've just embraced the fact that that's who I am, where I come from and what I do."

While the 40th anniversary of the release of "E.T. the Extra-Terrestrial" might be getting the majority of ink by the press and on social media, another movie about an extraterrestrial far from home from the same year will return to theaters this weekend. John Carpenter's grisly masterpiece, the 1982 version of "The Thing," will be shown at Regal Edwards Bakersfield this Sunday and on Wednesday, June 22.

Although "E.T." saw Steven Spielberg at the height of his powers, deftly balancing his storytelling style with sentimentality, suspense and genuine emotional heft, John Carpenter was at his own zenith with "The Thing," confidently and powerfully imprinting his vision onscreen in a way that offered no reprieve, no mercy, to the audience.

Where "E.T." left audiences in tears, "The Thing" went in a completely different direction, leaving many repulsed. Its absolutely bananas practical special effects, masterminded by Rob Bottin, are still awe-inducing in all of their glistening, gooey, gory glory, not to mention startling in their ferocity. (It earned its R rating.)

At one point, a character mutters, "You gotta be (expletive) kidding" after spotting one of the thing's more absurdly fantastical guises. No, he wasn't. Carpenter was definitely all in with "The Thing" and he wanted to put his audience through the grinder. It's little wonder why it didn't stand a chance at the box office that year, disappearing into the leviathan pop culture shadow of the kid-friendly "E.T." Kind of appropriate, actually, given how the thing operates.

"The Thing" is a harrowing, bleak, bloody, bonkers watch and it's one of my favorite movies. Actually so is "E.T."

Plus both movies have aliens that just wanted to go home. Except one of those was in the stars and the other one was, well, us.

"Not Foolin' Me" — Céleigh Chapman

"Too Much Sunshine" — Céleigh Chapman