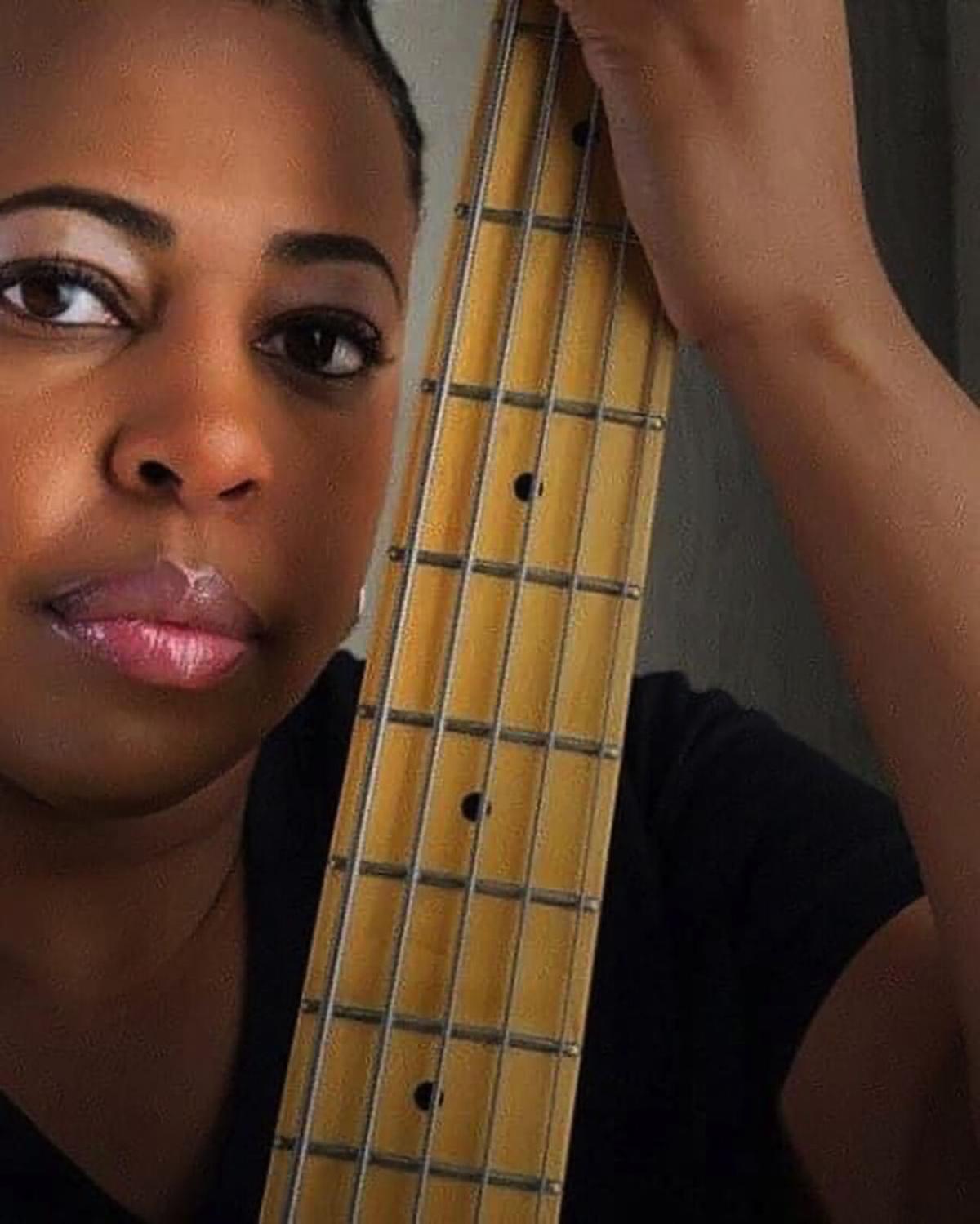 Local bassist Robin Bramlett is a well-respected and esteemed member of the Bass Day 2021 event happening Saturday at Bakersfield Sound Co. where she will also unveil her upcoming single, a cover of Minnie Ripperton's 1975 song "Inside My Love." 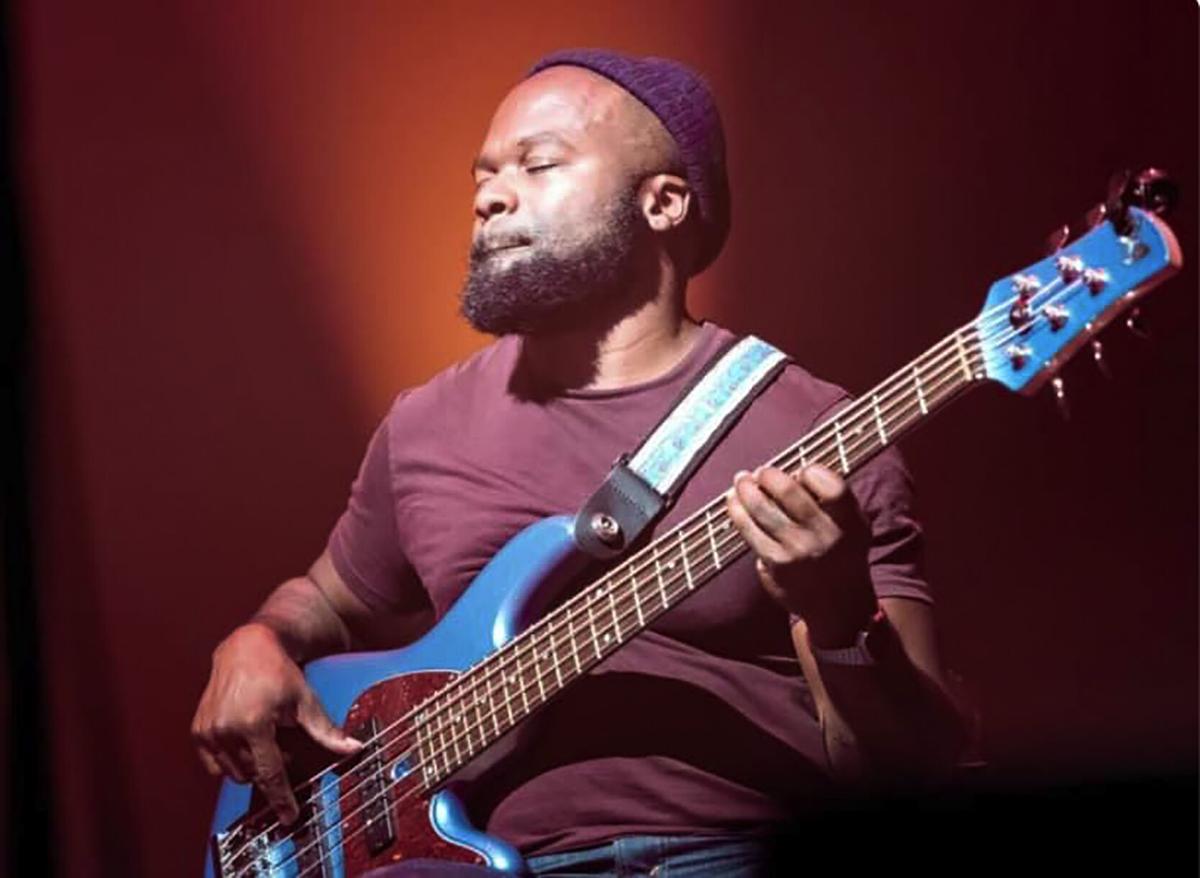 Bassist Sharay Reed has played with his share of luminaries over the years including Aretha Franklin, Patti LaBelle, Chaka Khan and Kirk Franklin. He will perform at the Bass Day 2021 event this Saturday at Bakersfield Sound Co.

Local bassist Robin Bramlett is a well-respected and esteemed member of the Bass Day 2021 event happening Saturday at Bakersfield Sound Co. where she will also unveil her upcoming single, a cover of Minnie Ripperton's 1975 song "Inside My Love."

Bassist Sharay Reed has played with his share of luminaries over the years including Aretha Franklin, Patti LaBelle, Chaka Khan and Kirk Franklin. He will perform at the Bass Day 2021 event this Saturday at Bakersfield Sound Co.

Bass players don't get the respect they deserve.

Sure, the lion's share of attention goes to vocalists, but bassists are the ones holding it all down, steadfast guardians of the groove, no matter the style of music. If drummers are the all-purpose R2-D2s in a band, bassists are the Chewbaccas.

So anytime bass players get their due, I applaud it. They're so vital to any musical situation they're in, both rhythmically and especially harmonically where they can shape the character of the chords based on the notes they choose to play.

Nicholas Sapp, a formidable musician himself, has put together Bass Day 2021, a clinic/performance event where the bass guitar gets to be the real star. It will be held this Saturday at Bakersfield Sound Co.

The genesis of Bass Day 2021 started at a get-together between Sapp and some friends reminiscing about the local music clinics they used to attend, especially the ones put on by their churches. That's when the now-38-year-old Sapp and his group of friends had a pragmatic epiphany that was as enlightening as it was motivating.

"We stopped and realized, 'Hey guys, we're at that age now where we're supposed to be putting on those clinics and teaching, giving to the next generation of musicians and inspiring people. We're at that age.' So I sat on it for about a week and I got the idea to put this on."

"I put on several clinics when I lived in Fresno, but this is the biggest one I've put on so far."

Sapp's experience as a bassist helped him arrive at a point of view that some people might not be aware of. It's a perspective that bass players keenly put into action every time they hit those strings: The best work is often felt, not necessarily seen.

"Bassists work just as hard as everybody else," Sapp said. "I play drums, I've done sound, I've done a lot of stuff around the stage and there's just as much work, just as much thought and just as much effort that has to be put into playing bass. In the good playing, anyway."

Each of the artists performing at Saturday's clinic will have a 20-minute set. Each will be playing along to their own tracks, with the exception of local bassist Nick Bonner, who will perform with his group.

Scheduled to appear are Chicago-based Sharay Reed, arguably one of the earliest viral-famous bassists, who has performed with Cory Henry, Patti LaBelle, Kirk Franklin, Boys II Men, Aretha Franklin and Chaka Khan; Bay Area bassist Quantae Johnson, who will perform to audio of shows he recorded live touring with Raphael Saadiq (very cool); and Detroit-by-way-of-Los Angeles-based bassist Ronald "Clay” Alexander, who is coming in on an off day from his current tour with R&B singer Ledisi to play the clinic.

Also on the bill will be the aforementioned Bonner and local bass luminary Robin Bramlett. Bramlett is a well-respected and esteemed member of the Bakersfield music community and has garnered greater outside attention for her 2013 solo album, "This Is My Life," and for her time as the former bassist and music director for the group Jazz in Pink. She was recently featured in Bass Player magazine and that interview can be found online on guitarworld.com.

During the clinic Saturday, she will perform her upcoming single, her cover of Minnie Riperton's 1975 song "Inside My Love," which is due out next year.

"I'm just honored that (Sapp) asked me to do it," Bramlett said.

Personally, I've had the privilege of playing with some incredible, incredible bassists during my 31-year music career, including Bramlett herself. There's a distinct, sympathetic bond that drummers have with our low-end compatriots that extends past the stage.

This event won't just be entertaining to bass players, or even to drummers, but to any musician and music lover who will hopefully gain a greater appreciation and insight into just how much bassists contribute to making the world move.

Expect fiery playing, high energy, terrifying chops and tasty musicality. But more than anything else, expect an overwhelming feeling of joy and a complete and utter inability to stay still.