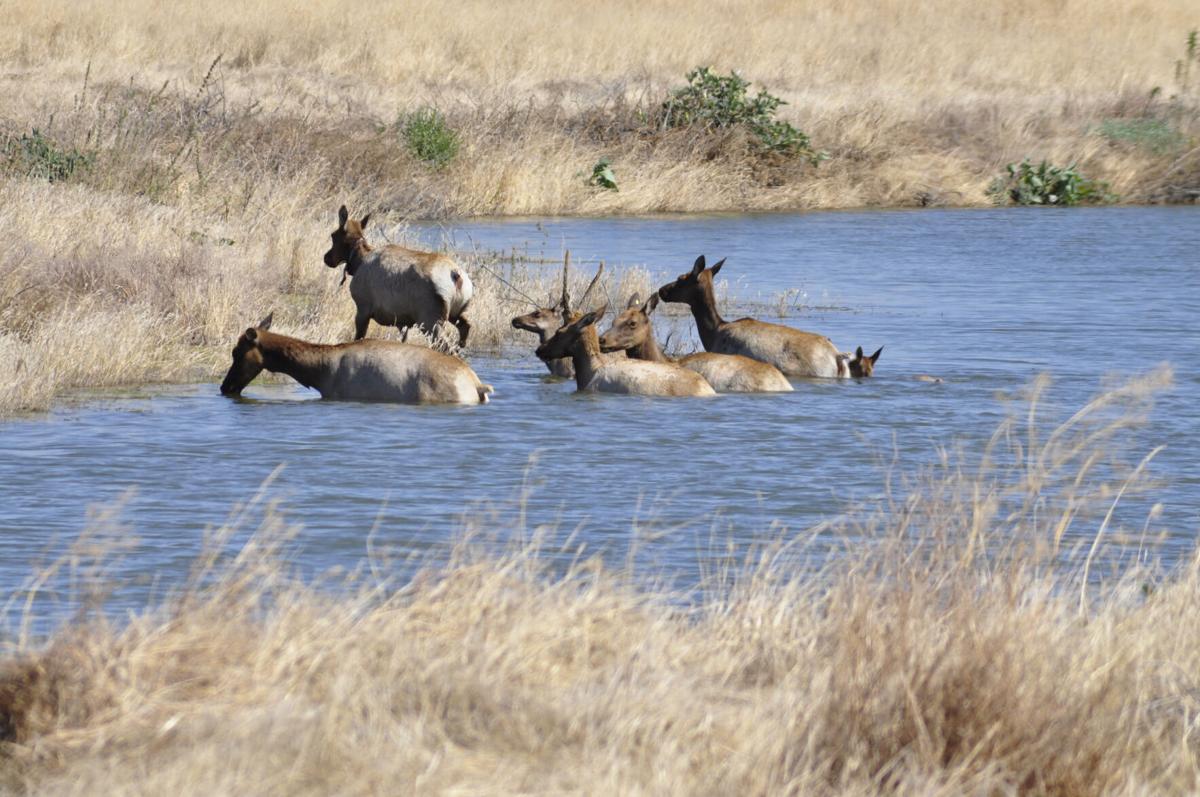 Tule elk go for a dip at the Tule Elk State Natural Reserve in this file photo. On Saturday, the reserve will host an auto safari as part of the the national First Day Hikes program. 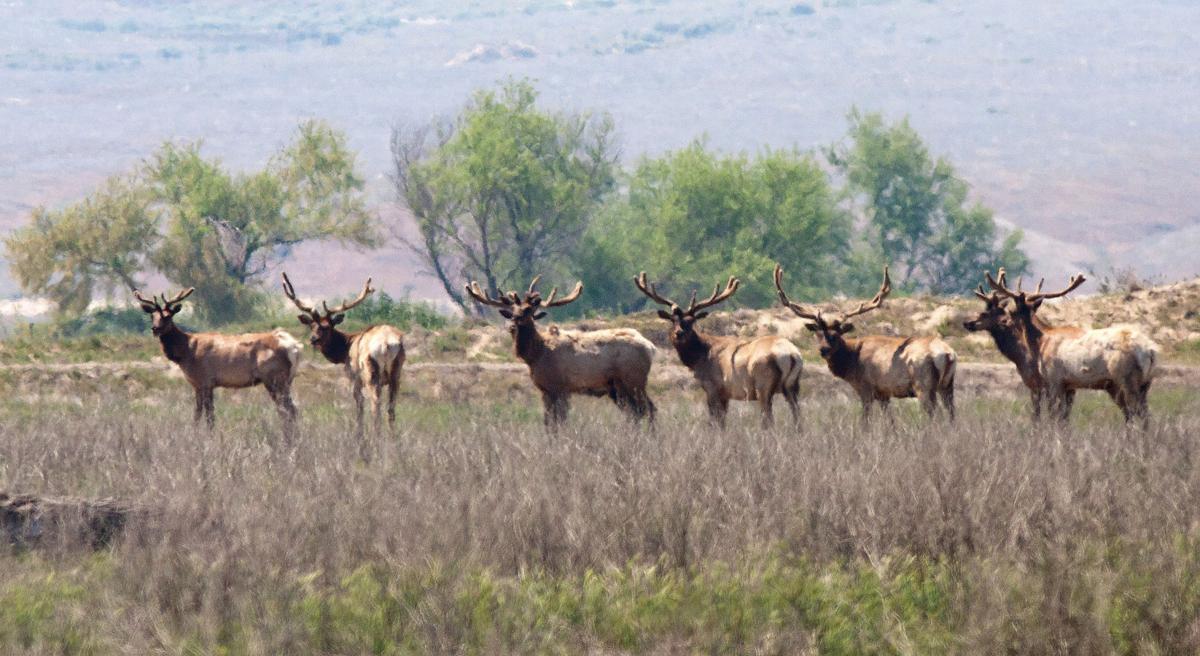 A group of male elk at the Tule Elk State Natural Reserve west of Bakersfield in this 2012 file photo.  On Saturday, the reserve will host an auto safari as part of the national First Day Hikes program.

Tule elk go for a dip at the Tule Elk State Natural Reserve in this file photo. On Saturday, the reserve will host an auto safari as part of the the national First Day Hikes program.

A group of male elk at the Tule Elk State Natural Reserve west of Bakersfield in this 2012 file photo.  On Saturday, the reserve will host an auto safari as part of the national First Day Hikes program.

If one of your New Year's resolutions is to get out and explore more of Kern County, here is the place to start.

The Tule Elk State Natural Reserve will host an auto safari on Saturday. Usually held the last Sunday of the month, this special timed event coincides with the national First Day Hikes program. On Jan. 1, more than 40 state parks and over 50 guided hikes will be held throughout California, joining other state parks across the U.S. for the national-led effort.

Saturday's event will start with a talk led by a state park interpreter at the overlook of the reserve, followed by a guided tour of the visitor center. Then everyone will head into their vehicles for the "safari," a guided tour along areas of the reserve where visitors can step out for a chance to view the elk in their natural habitat.

"It makes it a lot easier to see both the elk and any other wildlife on the reserve," Lori Wear, a state park interpreter for the Great Basin District, said of the guided auto tour.

Along with the main stars, Wear said they've spotted coyotes, all variety of birds and even a badger once.

Visitors are encouraged to bring their own binoculars but the guide will have a viewing scope to get a closer view.

Wear said there are 14 elk currently on the reserve (19 elk were relocated to the Owens Valley in 2019 to add to the free-roaming herd there) dressed for winter.

"The elk are just starting to get their winter coat. They’re a reddish color now."

The animals can be spotted in small groups including a bachelor herd; "the three amigos," a trio of bulls; and "the first family," which consists of the alpha male, two cows and a calf.

Wear said the herd could be deemed middle-aged (lifespan in captivity is 20 to 25 years) along with some young bulls.

"We had a calf that was born this spring and he's almost as big as his mom and his sister now."

Along with viewing the animals in their habitat, visitors will be able to learn more about these interesting creatures during the stop at the visitors center.

Wear said the elk don't have upper incisors and must employ a unique way of eating the grass they consume. The center has a model skull and an actual skull for guests to understand the process.

For musically inclined youngsters, there is also an elk skin drum they may be able to play.

All total, the event should take about two hours. Visitors are encouraged to bring water as well as snacks for their children.

The Tule Elk State Natural Reserve is the oldest in the Great Basin District.

Once numbering in the hundreds of thousands, the tule elk population dwindled by the 1870s as a result of commercial hunting during the Gold Rush and loss of habitat due to agriculture.

Cattleman Henry Miller is to thank for his early conservation efforts, saving a small herd of tule elk found on one of the Miller & Lux ranches near Tupman in 1874.

The protected elk survived and reproduced, with about 400 animals on Miller's ranch in western Kern County by 1914.

In 1932, the Tupman Reserve, which became the state reserve, opened. Some elk stayed roaming there and others were transferred to areas in California.

Wear said, "All the tule elk throughout the state were from the original herd saved by Henry Miller."

For more on other activities set across the state on Saturday, visit parks.ca.gov/FirstDayHikes2022. Those who take part are encouraged to share their experiences on social media using the hashtags #HikeInto2022, #FirstDayHikes and #CAStateParks.

What: Talk, guided tour of visitor center and guided drive out through reserve