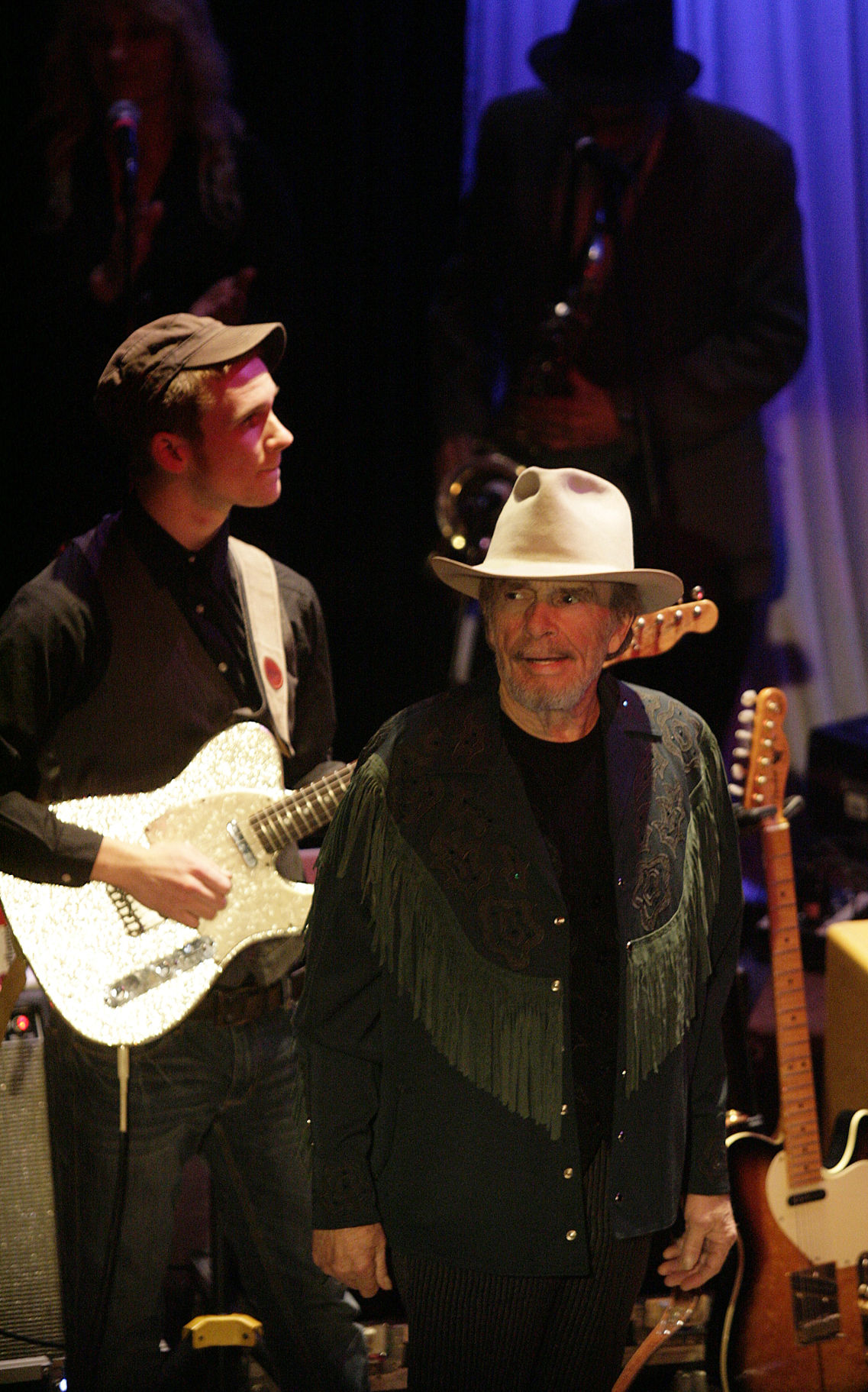 Ben and Merle Haggard perform at Buck Owens' Crystal Palace before a packed house in 2010. 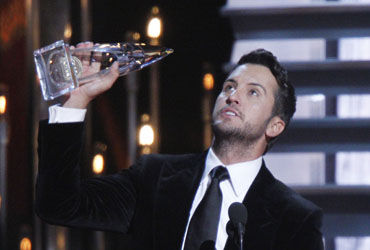 Luke Bryan accepts the award for entertainer of the year onstage at the 48th annual CMA Awards in November.

Ben and Merle Haggard perform at Buck Owens' Crystal Palace before a packed house in 2010.

Luke Bryan accepts the award for entertainer of the year onstage at the 48th annual CMA Awards in November.

Two princes of country music kings have given a royal pardon to singer Luke Bryan, who apologized for making ill-advised remarks last week while invoking the names of outlaw greats Merle Haggard, Willie Nelson and the late Waylon Jennings.

Bryan, defending his music’s go-to topics of bonfires and brewskis, said: “I don’t do cocaine and run around. So I’m not going to sing outlaw country. I like to hunt fish, ride around on my farm ... and that’s what I sing about. It’s what I know. I don’t know anything about laying in the gutter, strung out on drugs. I don’t really want to do that.”

The reigning Country Music Association entertainer of the year apparently has been on an apology tour since, manning up to Haggard's son Ben and Jennings' widow, Jessi Colter.

Ben Haggard took to Twitter Tuesday to recount his conversation with the standard bearer of bro country:

“He called to personally apologize to me and the haggard family for his comments. ... I have never spoke to Luke in my life, but one thing was for sure, the sincerity in his voice. Let’s all remember (including myself) were all humans, we make mistakes and say things we wished we hadn’t.”

In an interview with the Los Angeles Times, Jennings’ son Shooter also praised Bryan and said, if anything, taking responsibility has probably “improved” the singer's image.

“While I support my family obviously, personally the whole thing didn't make a difference to me,” Jennings said. “I've had my fair share of words being twisted and articles being sliced and diced. So I figured it was that….”