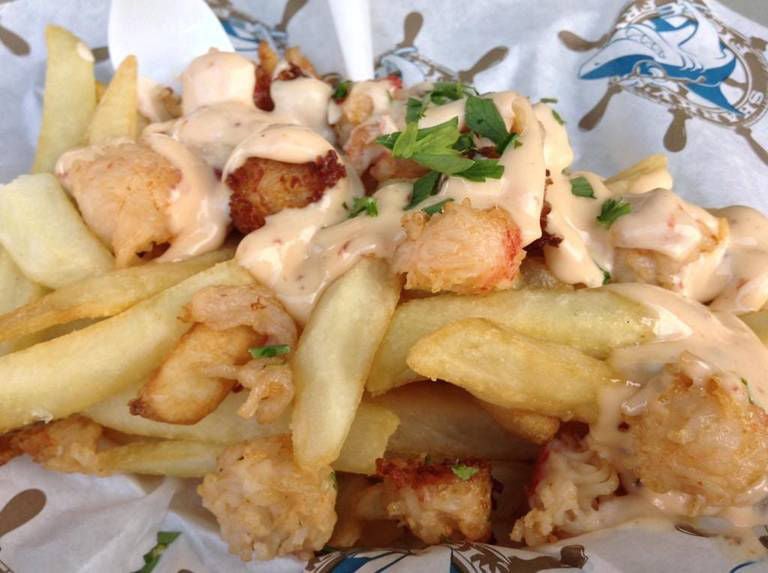 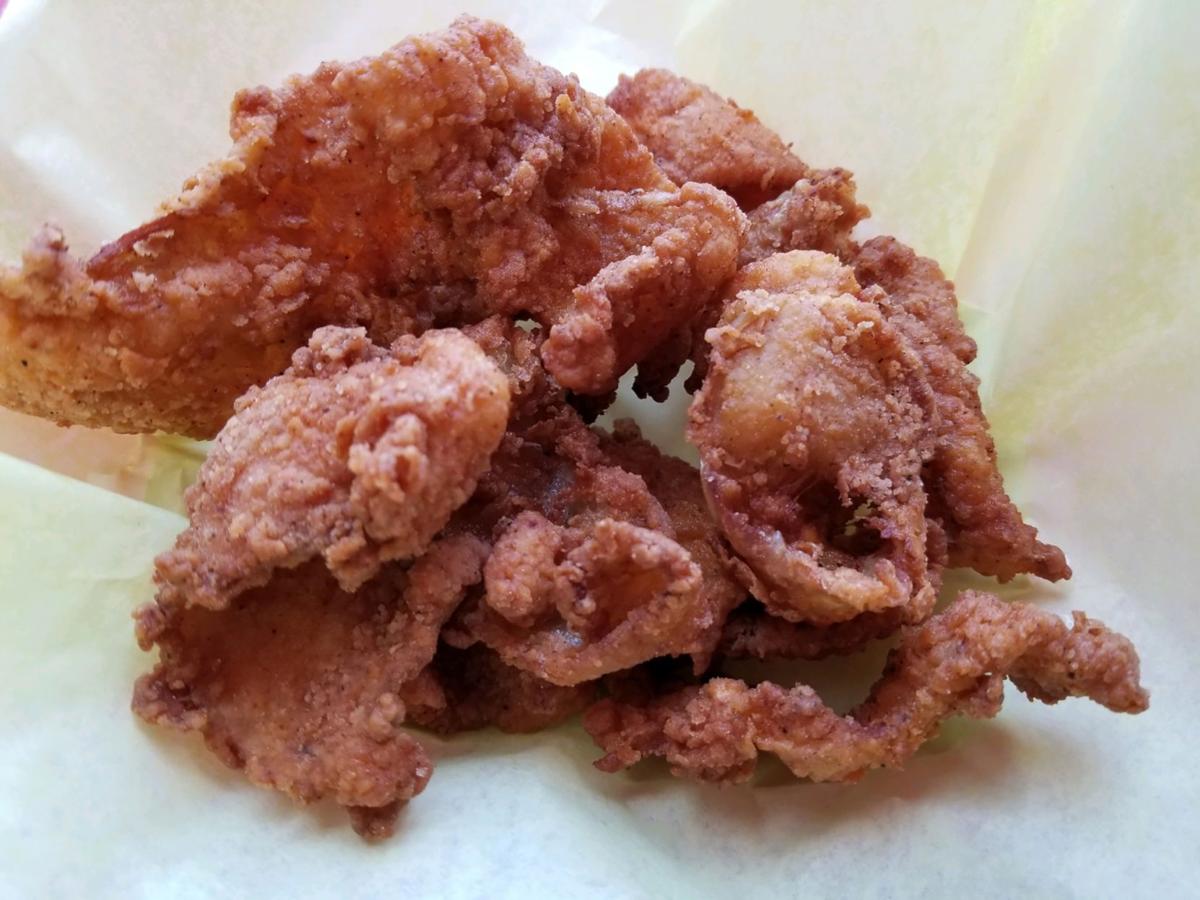 Fried chicken skins is one of the new food items coming to this year's Kern County Fair. The skins will be served at the Eat at Joe's concession. 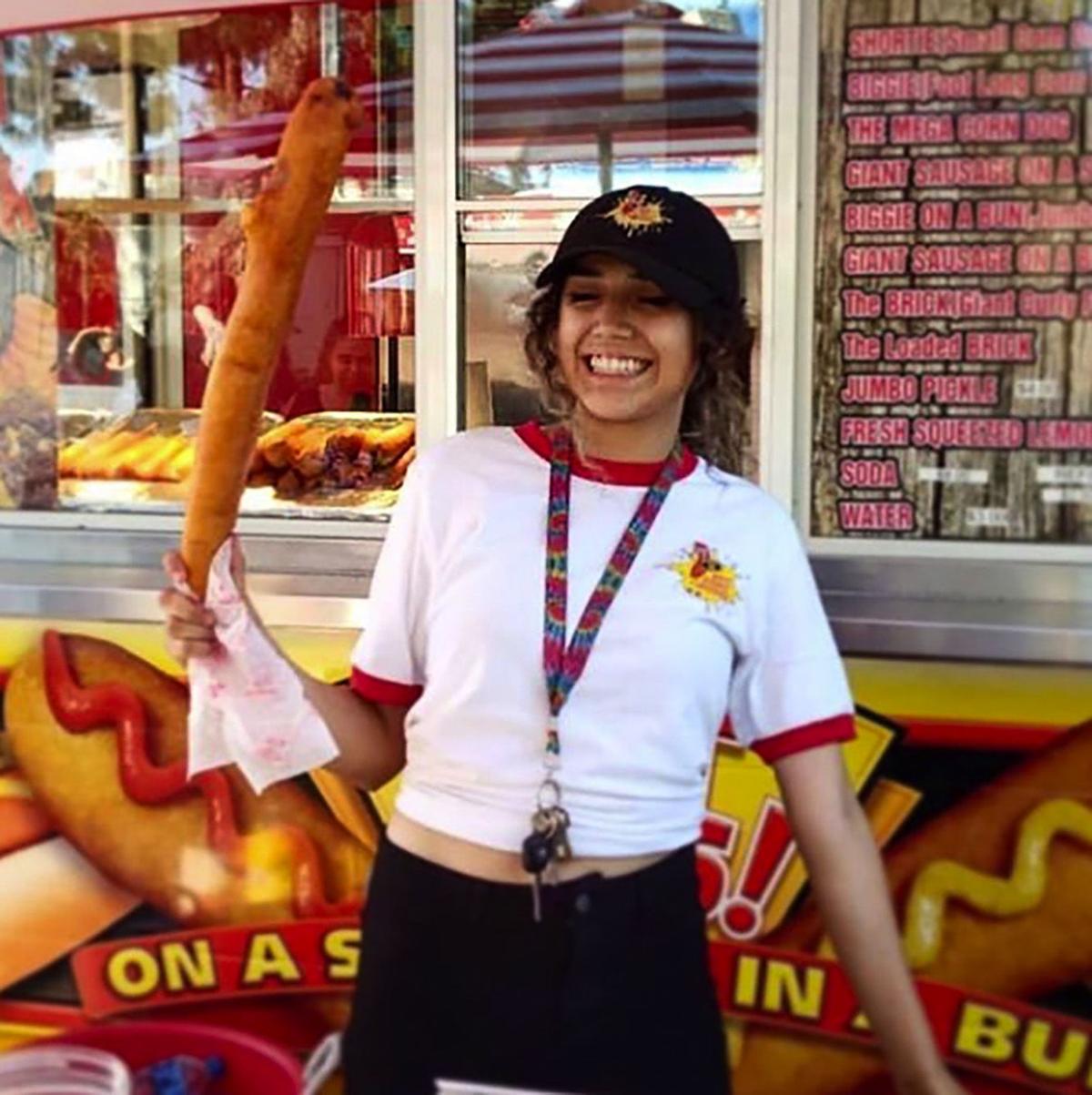 West Coast Weenies, one of more than a half-dozen new concessions coming to this year's Kern County Fair, will challenge fairgoers with the mega dog: a 2-foot-long, 2-pound corn dog. 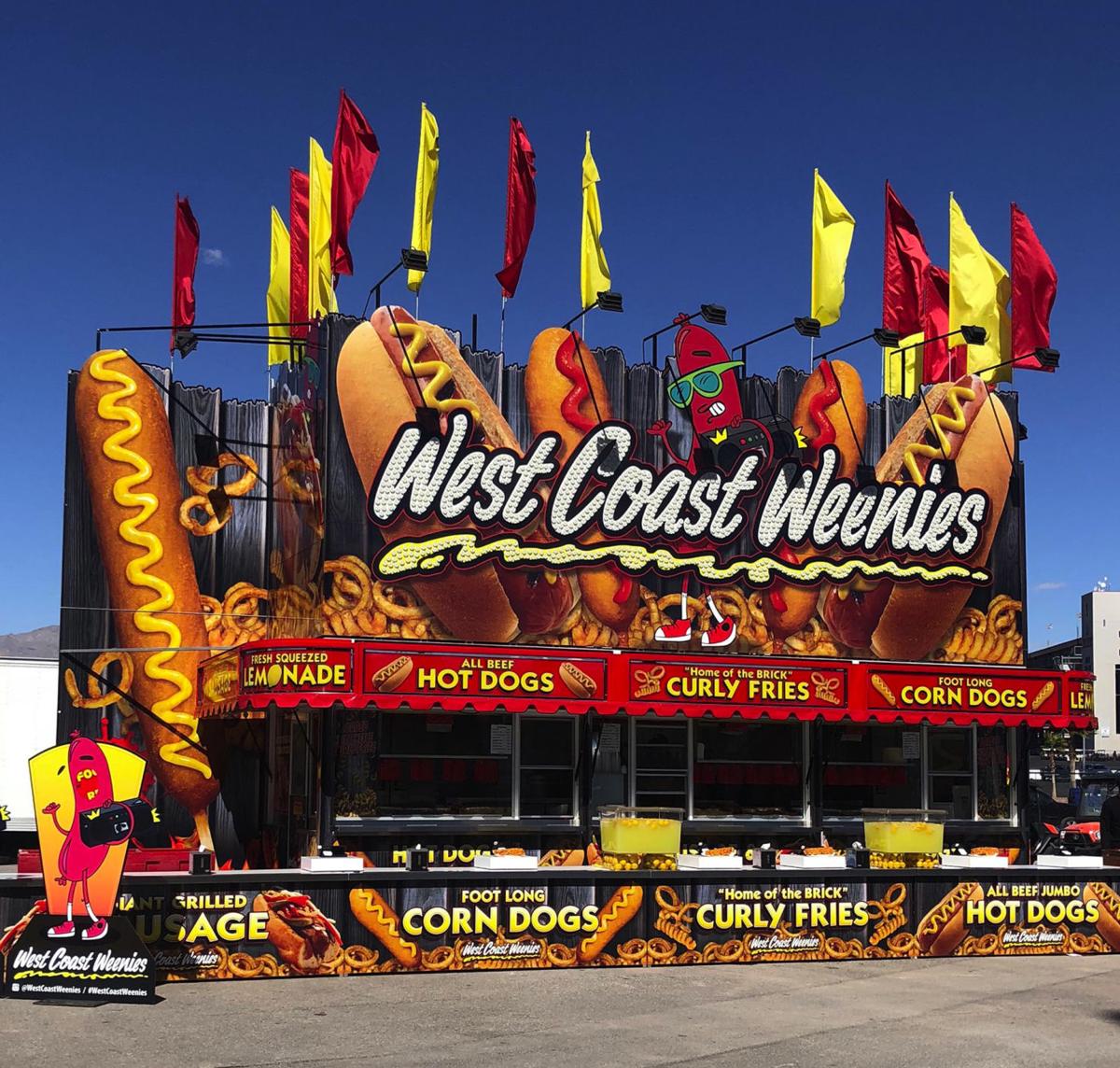 West Coast Weenies is one of more than a half-dozen new concessions coming to this year's Kern County Fair. The vendor serves hot dogs, curly fries and corn dogs, including the mega dog — a 2-foot-long, 2-pound corn dog.

Fried chicken skins is one of the new food items coming to this year's Kern County Fair. The skins will be served at the Eat at Joe's concession.

West Coast Weenies, one of more than a half-dozen new concessions coming to this year's Kern County Fair, will challenge fairgoers with the mega dog: a 2-foot-long, 2-pound corn dog.

West Coast Weenies is one of more than a half-dozen new concessions coming to this year's Kern County Fair. The vendor serves hot dogs, curly fries and corn dogs, including the mega dog — a 2-foot-long, 2-pound corn dog.

This year’s fair theme — The Food. The Fun. The Fair! — could use a slight modifier because it’s fried food that is coming in hot among the new additions to the Kern County Fair. Along with a number of new concessions, fair fare that’s had a dip in the deep fryer is going to be what you’ll want to try out.

"We wanted to make sure that everybody has more options to choose from," fair CEO Mike Olcott said.

Olcott, who has his pick of fair food, said he has some preferences — "One of my favorites is the pickled tongue sandwich (at the Kern County Basque Club)" — but that he tries to hit everybody up during the run of the fair. But with more than a half-dozen new concessions, he's got his work cut out for him.

"It will be tough this year with all the new food items this year."

Sharky's Fish Fry will be vying for fairgoers' attention with a variety of loaded fries including lobster, elote and coconut shrimp.

"We came out with lobster fries about six years ago as kind of a gimmick," said Phillip Delahoyde, CEO of Extreme Food and Beverage Inc., which manages Sharky's Fish Fry as well as another new concession, OMG! Ice Cream. "Now it's one of the top three biggest items to sell."

For an idea of how popular the fries are, Delahoyde said they go through 100 pounds of lobster daily at the Big Fresno Fair.

A basket (or bucket) of fries is topped with, you guessed it, fried lobster chunks, then a slathering of fresh chipotle aioli, parsley and a lime wedge. The basket is $13.95 while the bucket sells for $17.95.

Sharky's also serves elote fries, which have the distinction of winning best of (savory) at the California State Fair's inaugural Food Festival Competition. The dish ($10.95) consists of fries tossed in Tajin instead of salt with a bit of cheese sauce, corn, bacon, Mexican cheese, cilantro and crema. Lime wedges are served on the side.

"It's like corn in a cup but on top of fries," Delahoyde said.

Along with coconut shrimp fries, battered in coconut and served with orange marmalade, the concession will unveil a brand-new item at our fair: Fruity Pebbles shrimp fries. The shrimp is coated in the sweet cereal then fried and served over french fries with a blue raspberry lemonade dipping sauce.

Delahoyde said, "The sauce is going to be wild."

Over at OMG!, there will be a bubble waffle sundae, served simply with ice cream ($9) or loaded with Oreos and fresh whipped cream ($14) in an option that could "feed a family of three."

"It's totally an Instagram/social media kind of treat. Everybody takes a picture with it."

Delahoyde said he knows the value of serving food that's ready for its closeup — and hashtag.

"It is good but, yeah, everything is about social media anymore. Sometimes I wonder. We serve a shake in a unicorn float and my old man said, 'I never thought I'd be selling anything out of a unicorn.'"

Not as pretty but still tasty, Eat at Joe's will be serving fried chicken skins. Local concessionaire Joe Mestmaker said some people didn't know what to make of the item.

"They're just surprised. Chicken skins are kind of like liver and onions. You either like it or you don't."

Clearly the yeas outweigh the nays since the concession won a silver medal in the fried category for the state fair's Food Festival Competition.

The skins ($7.50) are cut into strips and fried crisp like a chicken chicharron. They are served with a honey chili sauce specially created for the dish.

"It's not real hot, just a slight kick at the end."

Mestmaker, whose concession is also known for the pork chop on a stick and fried cheese curds, said it's fine to indulge in the fried food at fair time.

"We fry food but I say the calories don’t matter. Have a good time."

A top item is the fried cheesecake ($9), which consists of a fried slice of cheesecake served on a stick. Sweet Cheeks runs up quite a tally on sticks with everything served on one except for the Oreos.

Bradbury said she knows that portability is a key component with fair food.

"While you're at the fair, you want to walk so everything comes on a stick."

Crispy cheese pretzel (PHD and Me)

What's new at the fair? Season passes, bugs and more

There’s always something new at the Kern County Fair and this year is no different. Along with metal detectors at the entrances, there is more…