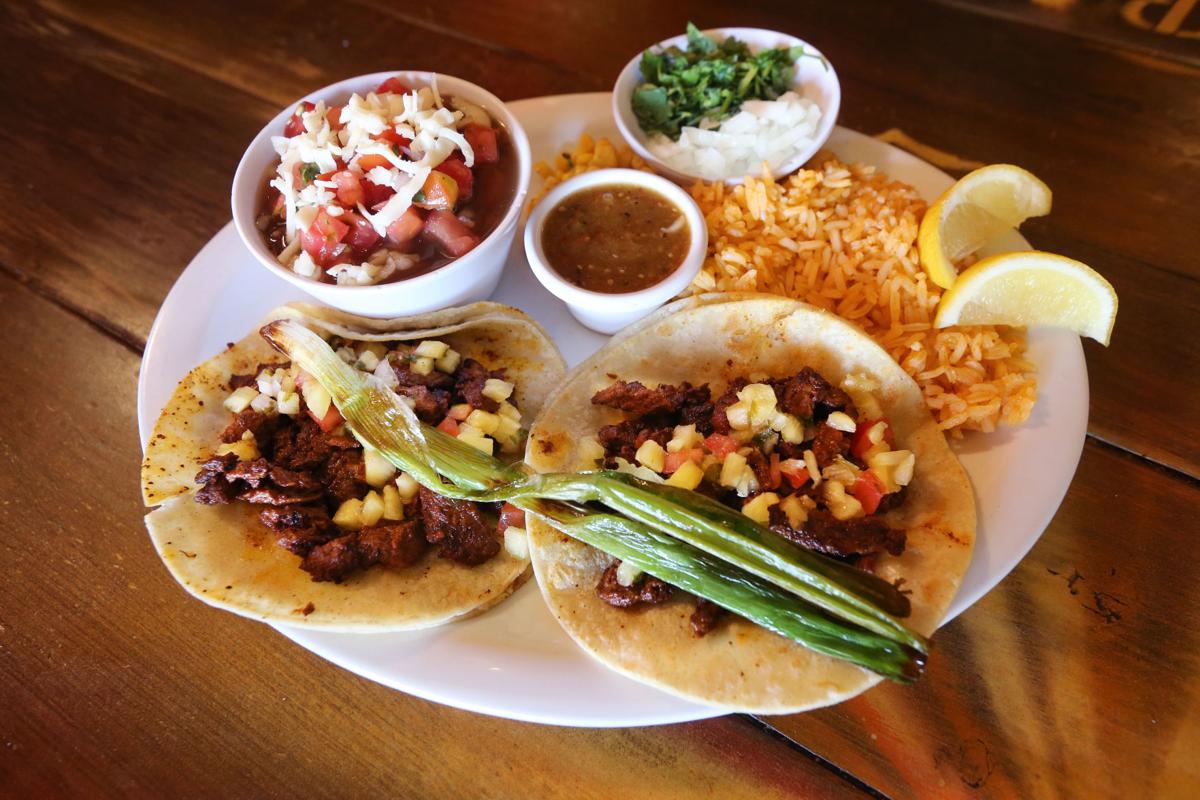 The tacos al pastor at Nuestro Mexico are steak, flavored with pastor seasoning and topped with chunks of pineapple and a grilled green onion. 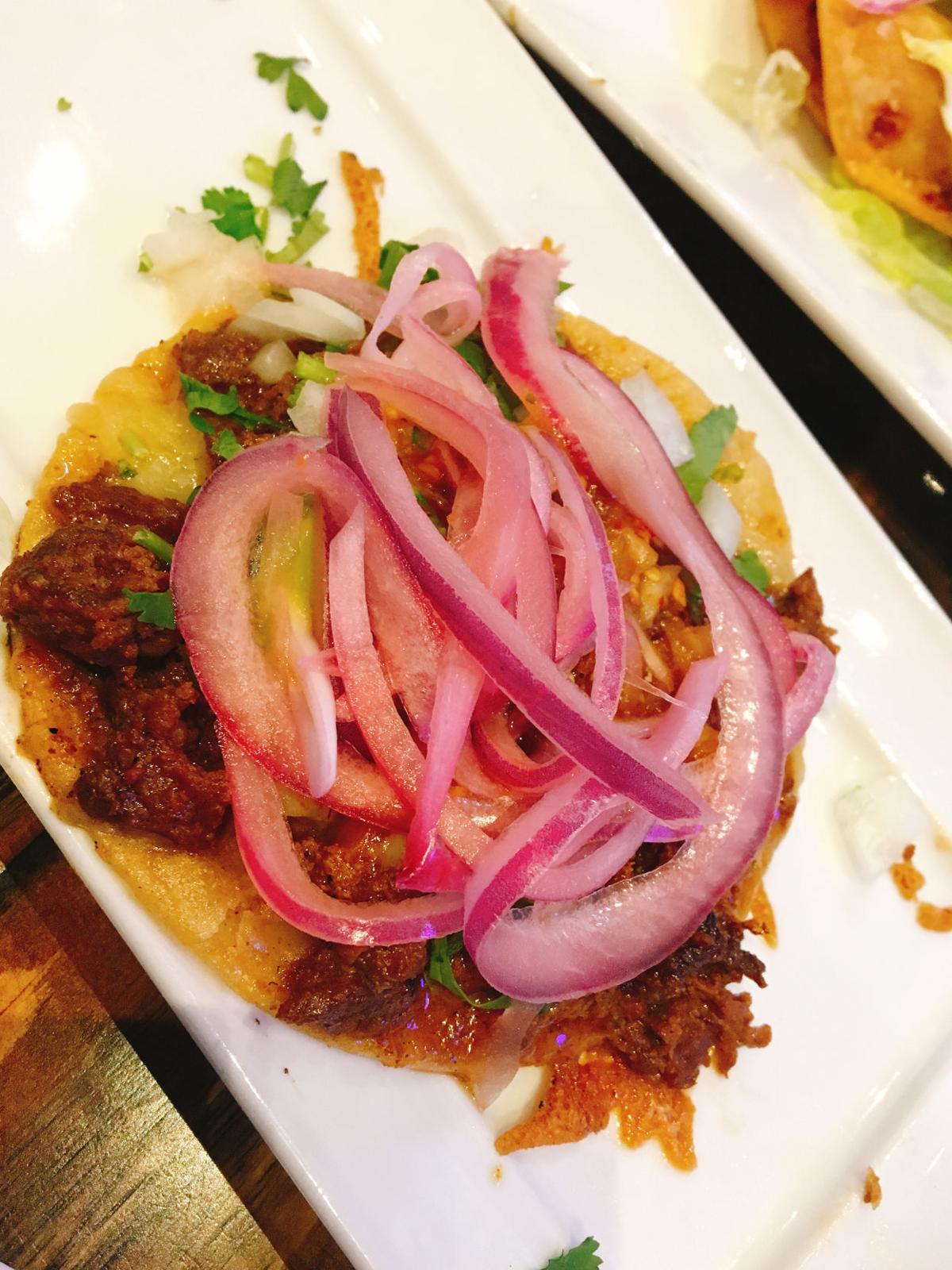 The vampiro at Vatos Tacos starts with a corn tortilla covered with melted cheese and your choice of meat that is topped with red and guacamole salsas and habanero onions. 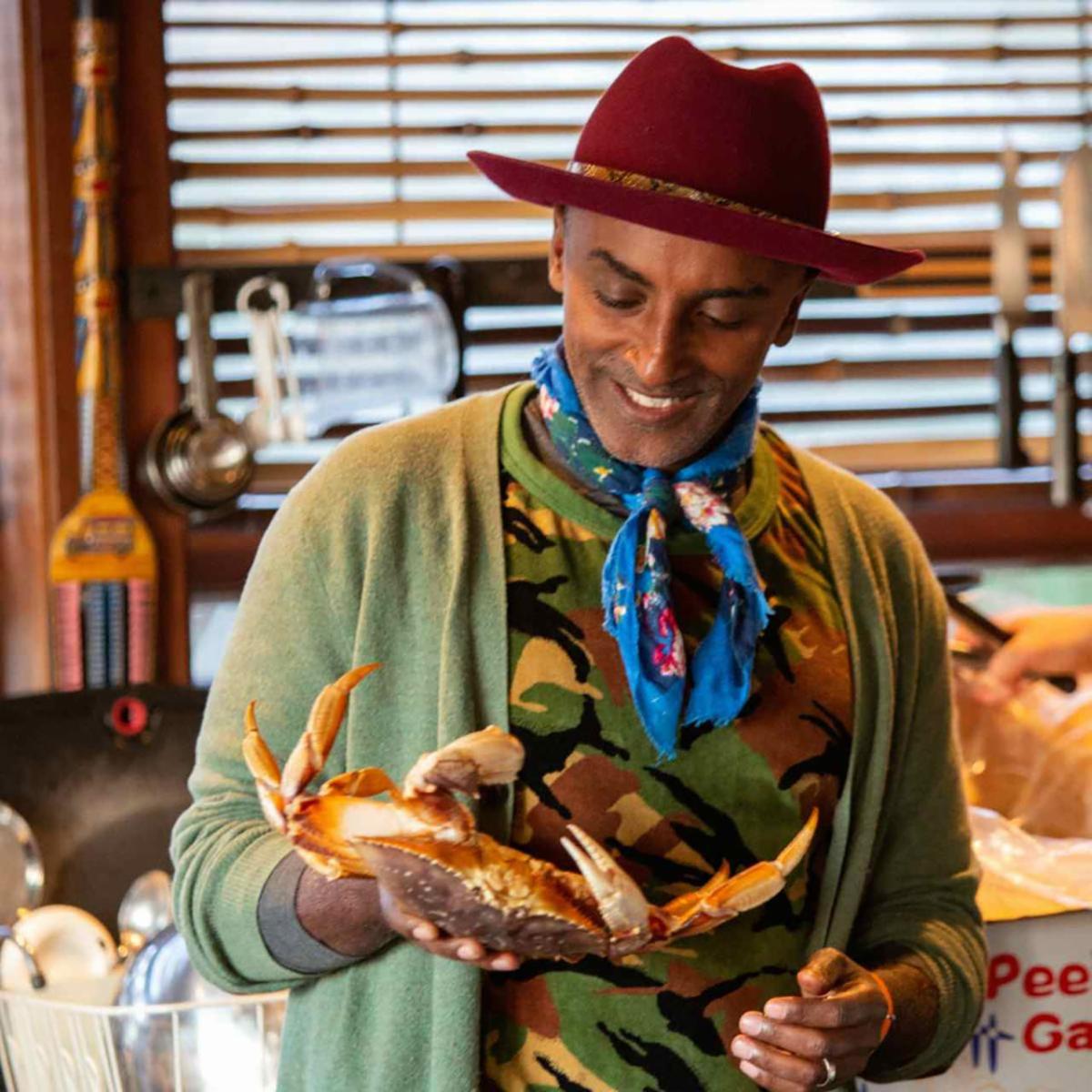 The tacos al pastor at Nuestro Mexico are steak, flavored with pastor seasoning and topped with chunks of pineapple and a grilled green onion.

The vampiro at Vatos Tacos starts with a corn tortilla covered with melted cheese and your choice of meat that is topped with red and guacamole salsas and habanero onions.

We saw a lot of lists at the end of 2019, but a new year doesn't mean we need to ditch the habit, right? This time around the list is from Apartment Guide on the top 10 cities for "taco lovers."

The online rental resource, part of the RentPath family that includes rent.com, named Bakersfield as one of the top U.S. cities for tacos — and Mexican food in general since the data relates to cities with at least 100 Mexican restaurants and 100,000 residents.

While noting that the average rent for a one-bedroom place in Bakersfield is $998 per month (this is a business website), Apartments Guide praises both Nuestro Mexico and Vatos Tacos.

You may remember the former was also highlighted last year by lifestyle website Thrillist, which declared it had the best tacos in California. For my money, the 21st Street restaurant has very tasty vegetarian tacos poblanos as well as the carne asada, which Thrillist also praised.

Vatos Tacos had a good year as well, opening its brick-and-mortar location at 2631 Fashion Plaza, near the Walmart in northeast Bakersfield. The restaurant offers the same popular items sold at the taco truck, which is usually parked off Stockdale Highway just west of Real Road by Stockdale Liquors. One of the best tacos is the vampiro, a corn tortilla covered with melted cheese and your choice of meat topped with red and guacamole salsas and pickled habanero onions.

The vampiro ranks up there for my top local tacos, and, if we're looking at the overall menu, check out Vatos' enchiladas rojas, stuffed with potatoes and chorizo, topped with shredded lettuce, queso fresco and habanero onions.

Apartment Guide gave Las Vegas, a popular food city, the No. 1 spot, and California was also represented by Anaheim and Santa Ana in the No. 10 and 6 spots, respectively. For the full list, visit apartmentguide.com/blog/the-best-cities-for-taco-lovers.

Where are your favorite tacos in Bakersfield (or Kern County)? Send your recommendations to thedish@bakersfield.com.

Valley PBS is roaring into 2020 with a full plate of food-related programming, from a returning series to new documentaries. Here's a look at what's coming up this winter.

"Good Gumbo": This PBS digital series coming to YouTube and IGTV explores the historical and cultural roots of popular dishes in the Deep South. Host and Louisiana chef Philip Lopez digs into how "history, tradition and downhome ingenuity shaped what we eat." Launches Jan. 16.

"American Experience: The Poison Squad”: Delving into the darker side of food safety at the turn of the 20th century, food journalist/cookbook writer Mark Bittman, "Fast Food Nation" author Eric Schlosser, Corby Kummer, food journalist for The Atlantic, and others recognize unsung heroes of the past. The episode is based on the book by Deborah Blum about the unusual group led by a government chemist. Airs 9 p.m. Jan. 28.

More programming is on tap this spring including "Somewhere South," a new six-part series with chef Vivian Howard seeking the dishes that unite us all and how they vary across cultures (March 27); "The Inn at Little Washington: A Delicious Documentary," about chef Patrick O’Connell and his double five star, double five diamond, Michelin-rated hotel and restaurant (March 27); and "Food. Roots. Philippines.," following restaurateur Billy Dec in his exploration of recipes found in the kitchens of his family elders as well as restaurants and night markets across the islands (air date to be announced).

It’s becoming pretty common now for food trucks to eventually morph into brick-and-mortar businesses, and northeast Bakersfield has one with V…