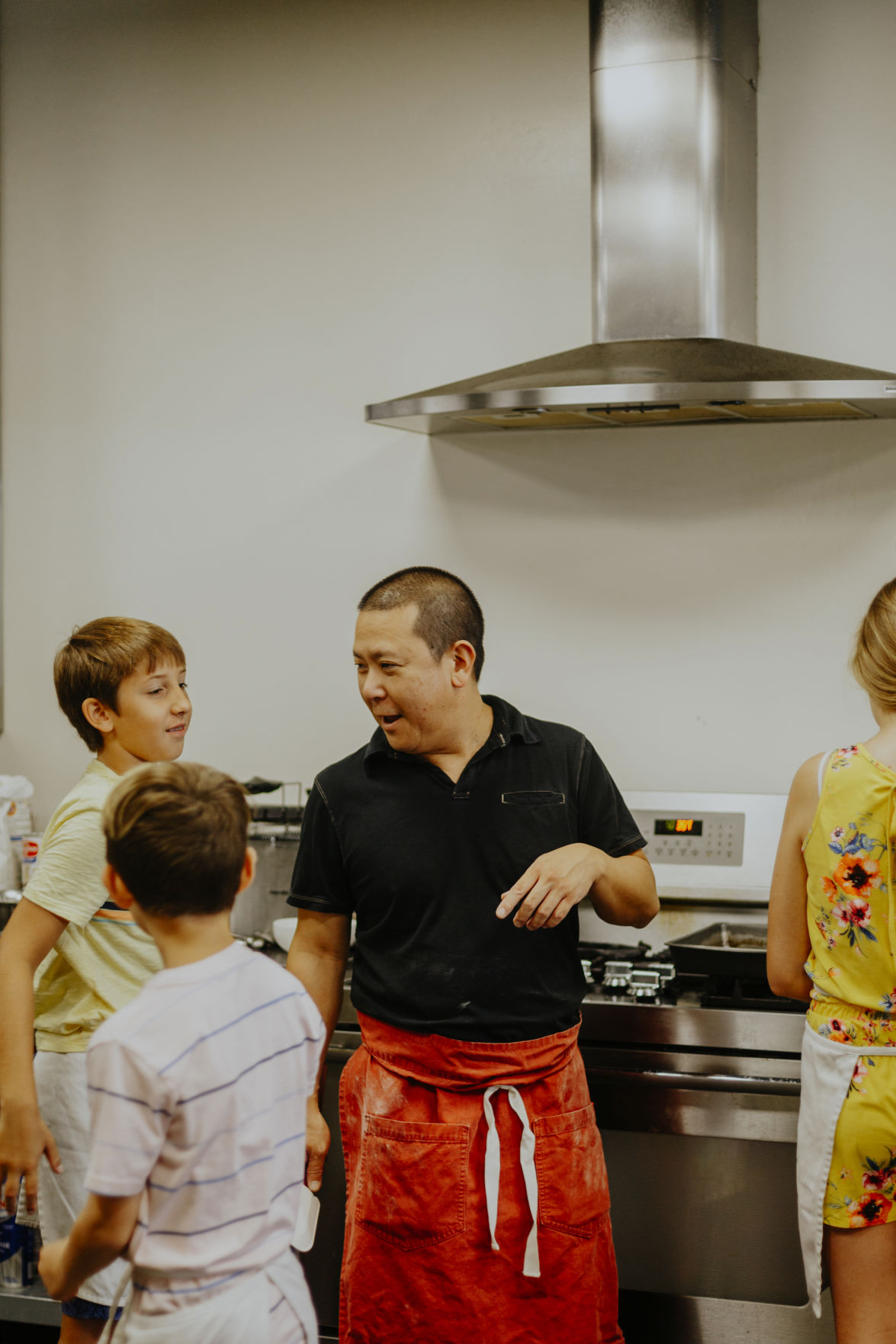 Richard Yoshimura chats with students during a class at The Kitchen. In January, the chef will offer two "Cooking for College" classes geared toward young adults. 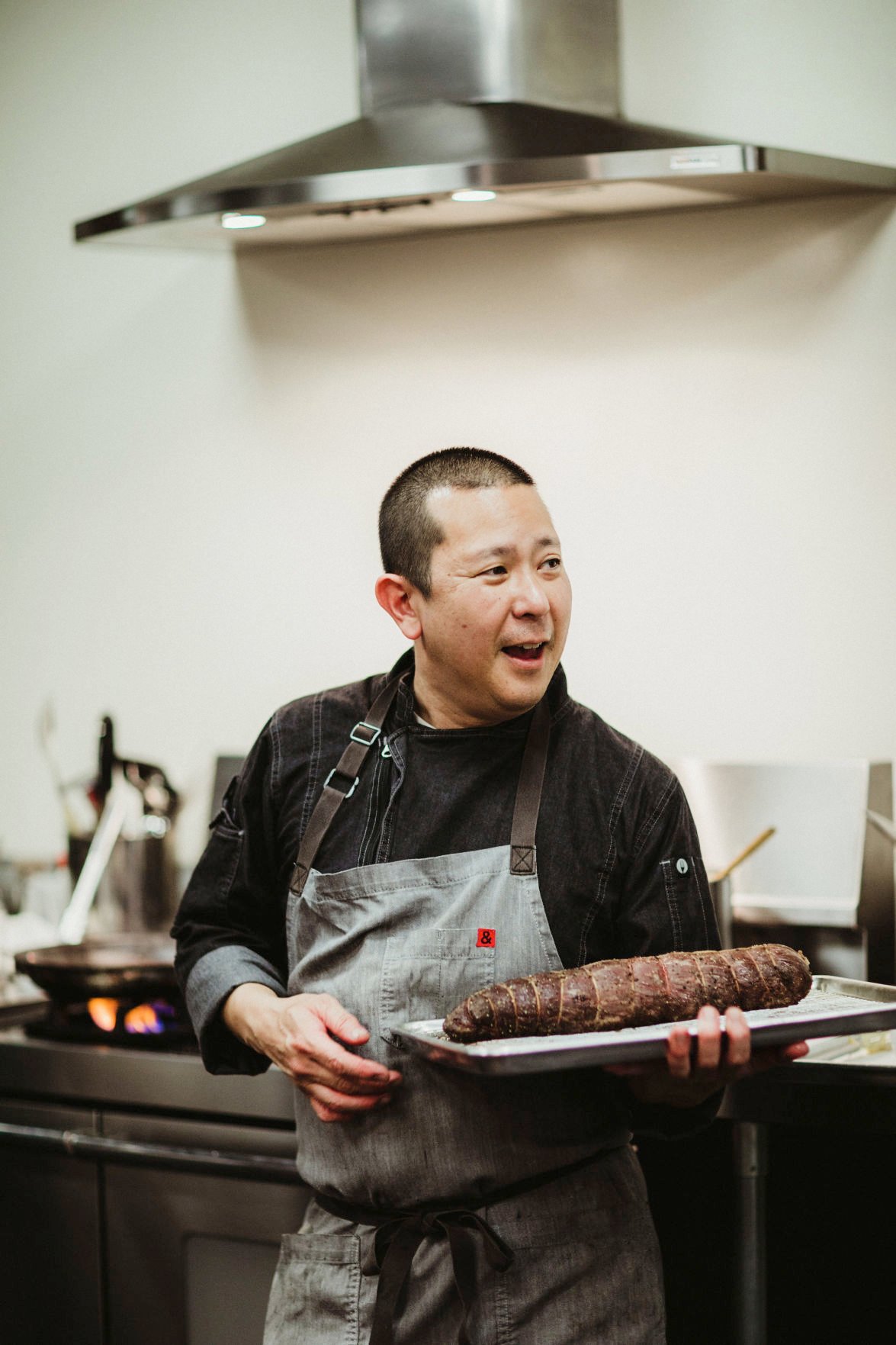 Chef Richard Yoshimura discusses meat prep during an event at The Kitchen. In January, Yoshimura will offer two "Cooking for College" classes geared toward young adults. 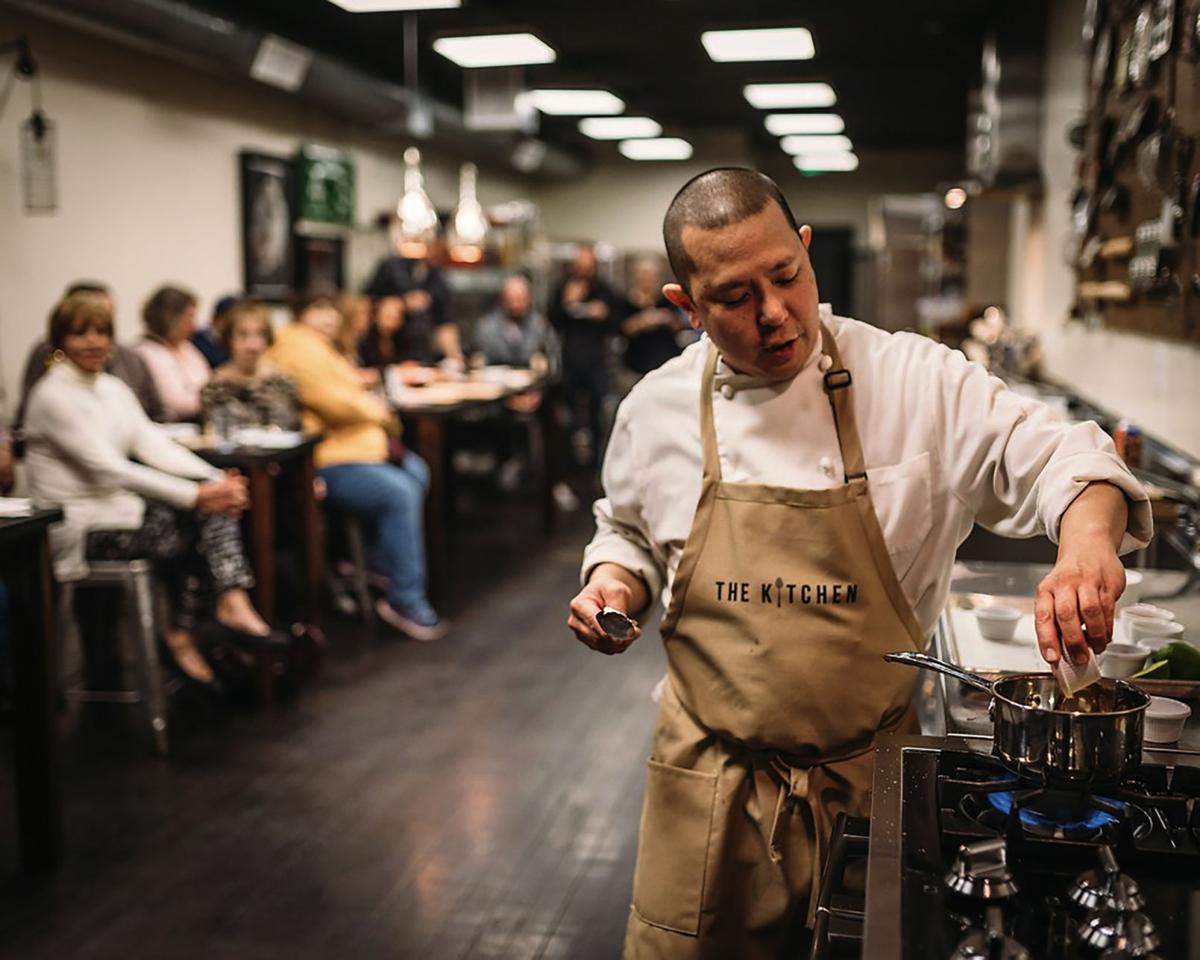 Chef Richard Yoshimura adds honey to a dish while explaining the recipe during an event at The Kitchen. In January, Yoshimura will offer two "Cooking for College" classes geared toward young adults.

Richard Yoshimura chats with students during a class at The Kitchen. In January, the chef will offer two "Cooking for College" classes geared toward young adults.

Chef Richard Yoshimura discusses meat prep during an event at The Kitchen. In January, Yoshimura will offer two "Cooking for College" classes geared toward young adults.

Chef Richard Yoshimura adds honey to a dish while explaining the recipe during an event at The Kitchen. In January, Yoshimura will offer two "Cooking for College" classes geared toward young adults.

Finding a gift for the young adult in your life is no easy task. If they like to eat — and don't we all? — you can get them a gift card to a restaurant. Or if you're a proponent of that "teach a person to fish" saying, you can get them a class on how to cook for themselves.

The Kitchen is offering just such an opportunity geared toward those teens and early 20-somethings in need of "adulting" skills with its "Cooking for College" classes. Taught by chef and co-owner Richard Yoshimura, each of the two January classes will teach attendees how to prepare a three-course meal and develop fundamental kitchen (and life) skills.

Yoshimura, a graduate of the California School of Culinary Arts, began his career at the Patina Restaurant Group, serving as sous chef of the pastry department. He later worked as pastry chef of Cafe Del Rey in Marina Del Rey, served as the opening chef of MILK in Los Angeles and co-founded Moo Creamery in Bakersfield before partnering on The Kitchen two years ago.

Having taught people of all ages — from hands-on open cooking classes for adults to Kids In The Kitchen cooking camps — Yoshimura said he's excited to work with this in-between age group.

Would-be students need not be worried about coming in with any kitchen skills.

"If they have none that’s great because then you will simply be a sponge," he said. "In fact that’s the demographic I’m shooting for: the ones that have none."

The menu varies for each class. On Jan. 2, it will consist of a crispy salad with balsamic vinaigrette, pasta with marinara and breaded chicken with broccoli with garlic and lemon on the side and apple crisp for dessert. The Jan. 3 menu has an Asian theme with sesame slaw, teriyaki beef with steamed rice and roasted asparagus and ending with bread pudding.

For both days, vegetarian options will be included. Yoshimura said he will use a combination of three different items: mushrooms, "most likely locally sourced oyster mushrooms, which have a nice texture and high nutritional content"; seitan, also locally sourced through We Be Grubbin; and tofu.

"Tofu is great but some people they have a preconceived notion that it is bland," he said. "It comes in a variety of textures. I look at it as a blank slate. It's a great source of protein."

Vegetarian and vegan dining is gaining in popularity, he said, as more "younger adults are a lot more conscious of what they put in their bodies, conscious to sustainability and environmental impact."

Attendees will develop some basic knife skills and cooking tips but the instruction goes beyond the stovetop and oven, Yoshimura said.

"I think the most important thing that you will learn is not just the act of cooking but also the preparation and the cleanup. What's often intimidating is you’re prepping and the next thing you know you look around and you have a mountain of mess. Oftentimes it discourages people from cooking."

Cooking on a budget and food safety will also be on the agenda. And the chef said he's game for any other topics of discussion.

"I encourage people to be interactive in terms of asking questions, even if it’s not pertaining to the dish we’re preparing that day. I want to be an open book and a source of information for them."

For more on The Kitchen, visit thekitchenbakersfield.com.

THE DISH: The Kitchen ready to get cooking again with new owners

Something new is cooking at The Kitchen. The 20th Street business, which offers cooking classes and hosts private parties, has a trio of new o…