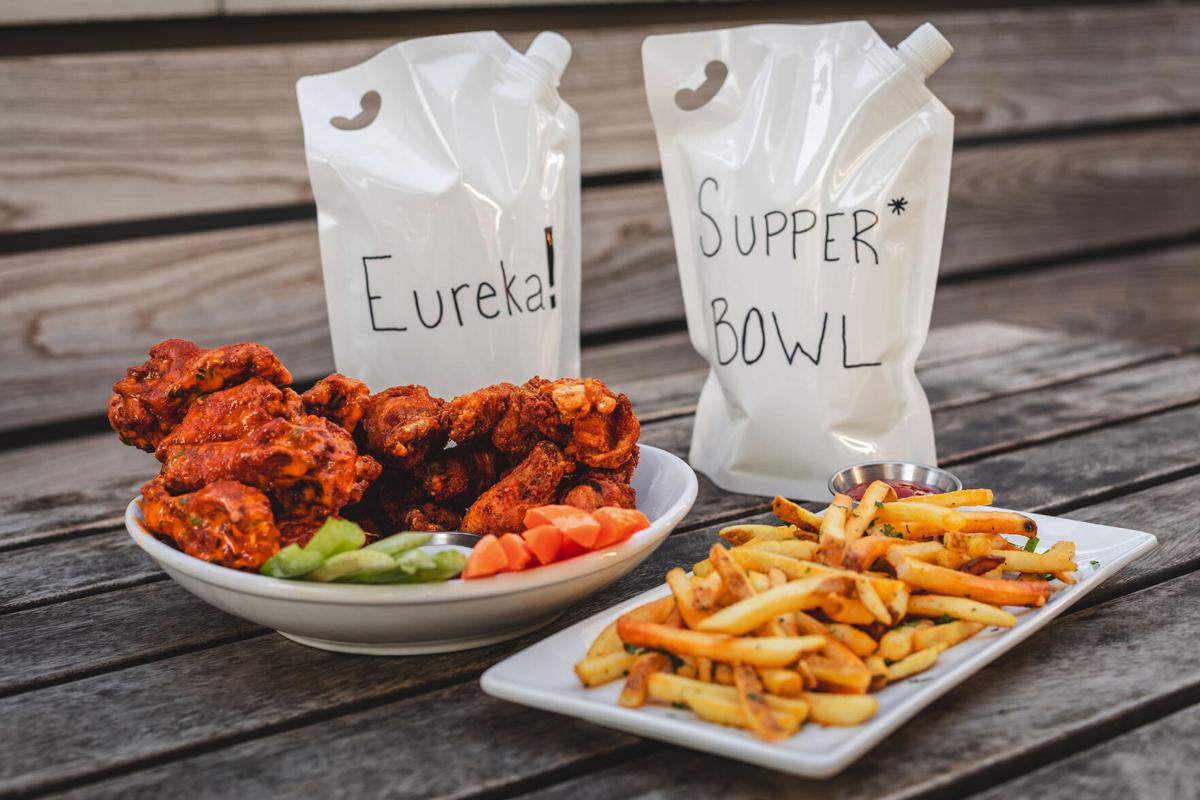 Prepare for the big game with the Eureka! Supper Bowl promotion, which comes with 2 pounds of chicken wings, two 32-ounce craft beer bags to go and two orders of fries for $40. The takeout deal is available on Sunday. 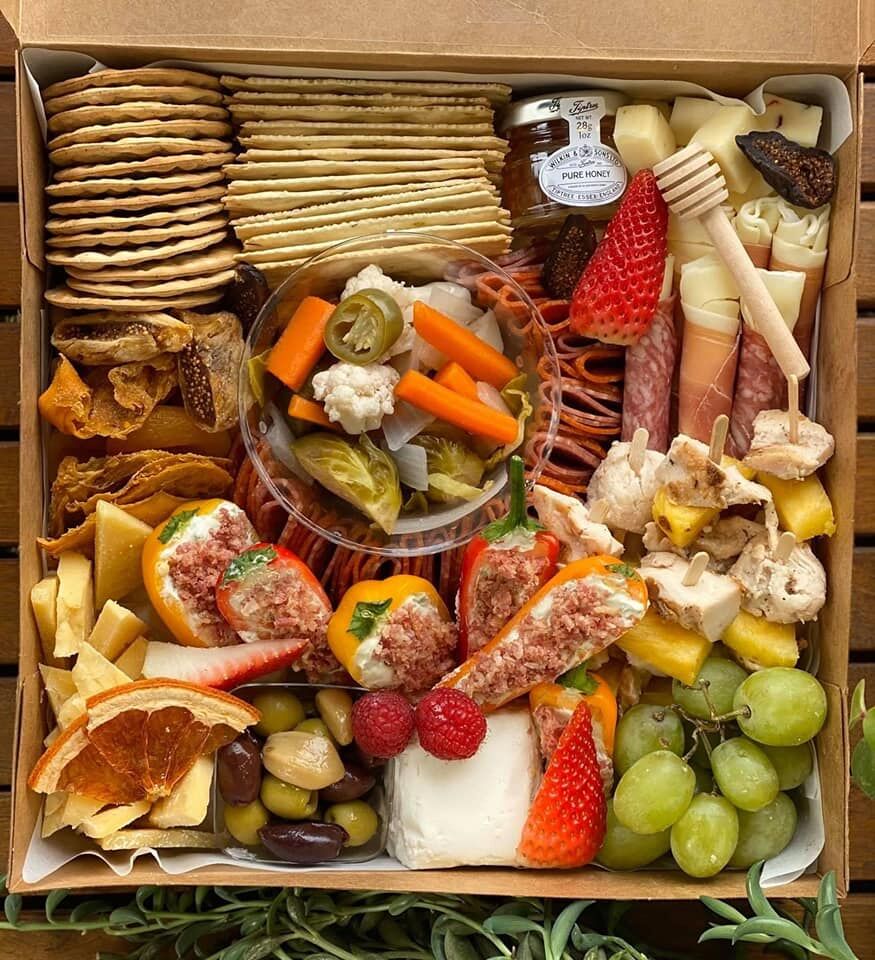 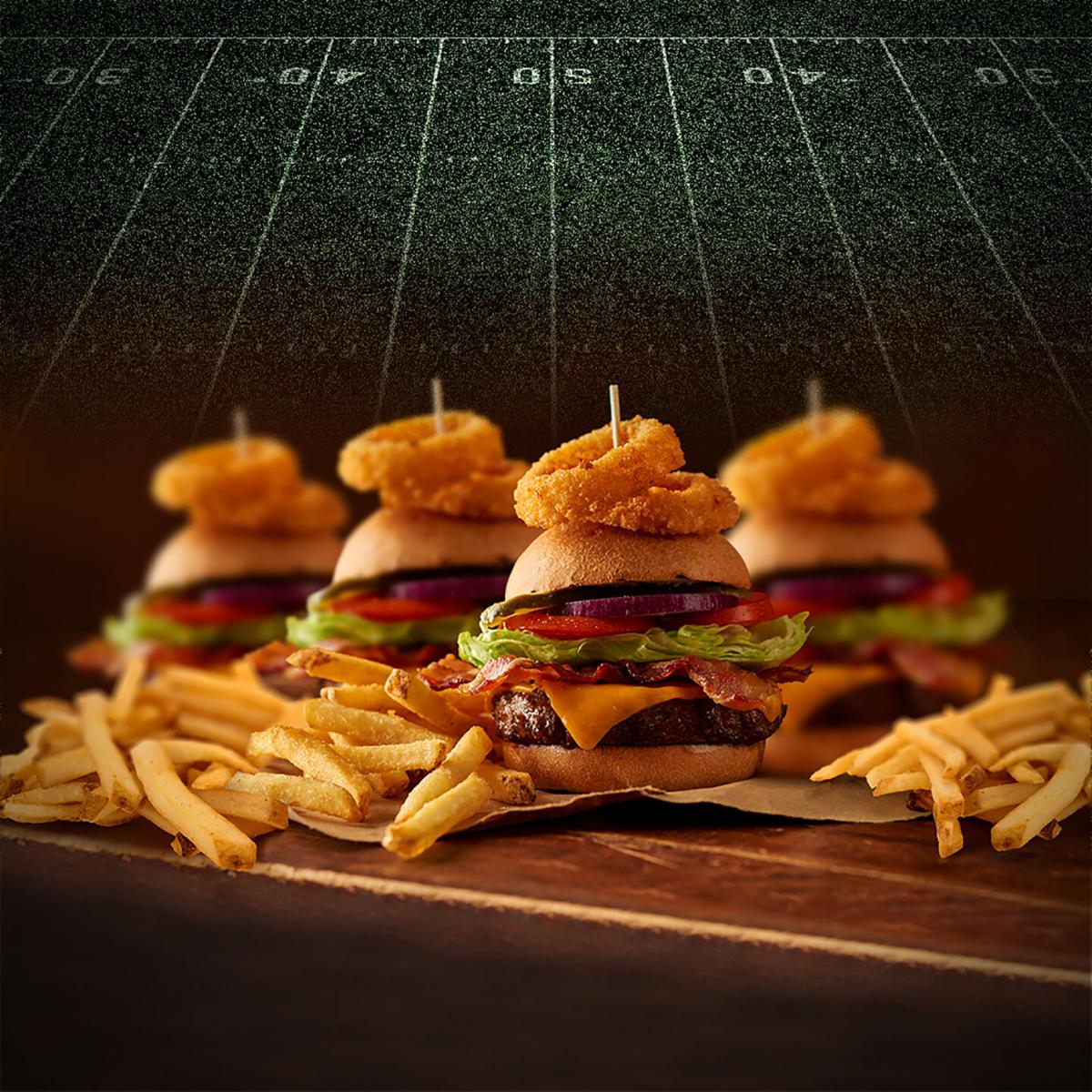 Prepare for the big game with the Eureka! Supper Bowl promotion, which comes with 2 pounds of chicken wings, two 32-ounce craft beer bags to go and two orders of fries for $40. The takeout deal is available on Sunday.

We’re just days away from the big game. Whether you’re a fan of the Chiefs, the Buccaneers or just a good snack spread, local businesses have you covered.

Applebee's Grill + Bar (9000 Ming Ave., Suite M): Add 40 free boneless wings to your delivery order on Sunday. To redeem, add the wings (with flavors and dipping sauces) to your order, which must include a minimum purchase of $40 (excluding tax, gratuity and other fees), and use code BIGGAME at checkout. Delivery is also free on Sunday. Order at applebees.com.

Black Angus Steakhouse (3601 Rosedale Highway): The restaurant has a number of one-day takeout deals that it's promoting for game day.

The steakhouse cheeseburger meal pack ($59.99) serves up to four people with certified Angus beef ground chuck patties, stacked with Applewood-smoked bacon, cheddar cheese, lettuce, tomato, onion and house-made pickles, with onion rings on top. This meal pack also includes french fries, garden salad and eight chocolate chip cookies. If you aren't as hungry, the cheeseburger sliders pack ($29.99) is all beef with a dozen Angus beef sliders with red onion, cheddar, bacon and pickles on the side.

Brooklyn's BBQ (3015 Calloway Drive): Pick up the Super Bowl Special ($49.99) that feeds four to six people with a rack of ribs, a whole chicken, half-pound of pulled pork and three 16-ounce sides of mac and cheese, baked beans, and coleslaw. Order by calling 829-7427.

Casa Munoz (1736 Union Ave.): The Mexican restaurant is doing a number of specials including a party platter ($55.95) with flautas, mini tacos, nachos and quesadillas for 12; nacho platter ($35) with chorizo, chile verde and carne asada nachos for five; and an assorted flautas platter ($40), which also comes with rice, beans, sour cream, guacamole, chips and salsa for six. Call 861-1625 or 861-1626 to order.

Eureka! (10520 Stockdale Highway): Enjoy a hassle-free “Supper” Bowl Sunday with this takeout deal ($40) from the River Walk restaurant that comes with two 32-ounce craft beer bags to go along with 2 pounds of crispy wings and two orders of signature fries. Guests can pick up to two wing flavors, choosing from firecracker aioli, orange chile glaze, Eureka! dry rub or barbecue.

The Hen's Roost (1916 G St.): Plan ahead for your party with a stop at Saturday's farmers market. Vendors are geared up for snacks with Brother Ray's Salsa offering three salsas for $15, Howie's Micheladas with three dips for $20 or one dip and salt for $10; five hummus for $25 or eight for $40 and two sheep's cheese for $20 at French Delice. The vegan spot will sell any two sauces for $10 and two large PB Jack's original peanut butters for $20. Vida Juicery will have $5 drinks or five for $20. Other vendors at the market from 9 a.m. to 2 p.m. will be Sia's Fresh Produce (with pho and egg rolls), Ayden's Eggs, Sensational Escentuals bath products and Road Runner Professional Sharpening.

Those who don't plan ahead can still snag $1 domestic beers, discounts on Central Coast Brewery beers and a happy hour game menu.

Martin's Meats and Deli (801 21st St.): The downtown shop is ready to feed your entire team with its Super Bowl 55 Specials ($85 each), which comes in two options. The barbecue option includes whole or sliced tri-tip, rack of ribs (naked or sauced), chicken, six hot links, quart of chili beans, a pound of salsa and a dozen rolls. Feed 15 people with the deep-pit beef and pulled pork deal with both meats, 2 quarts of chili beans, 2 pounds of salsa and 16 rolls.

Orders must be in by Friday by texting Martin's co-owner Audrey Chavez at 742-3611. Include your first and last name, phone number and amount of specials needed, adding any details in parentheses, and requested pickup time. Wait for a confirmation reply after which you provide your payment information. Orders can be prepaid by card or Venmo or with cash at the store. Pickup is at the deli, 801 21st St.

Soft drinks are complimentary and there will also be bar specials on buckets of beer and bloody marys with assorted toppings.

Reserve your spot at thepetroleumclub.com/super-bowl.

Preorder before Friday to secure your box with the form at facebook.com/tablasbakersfield. Delivery is available in Bakersfield for $10.