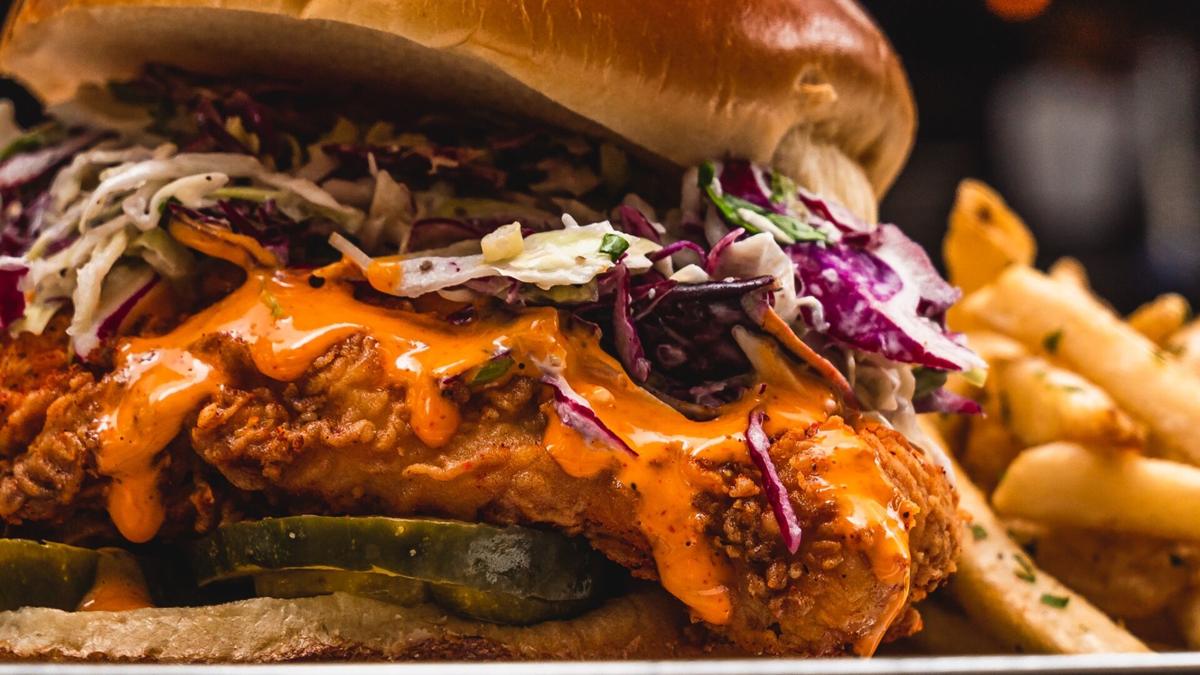 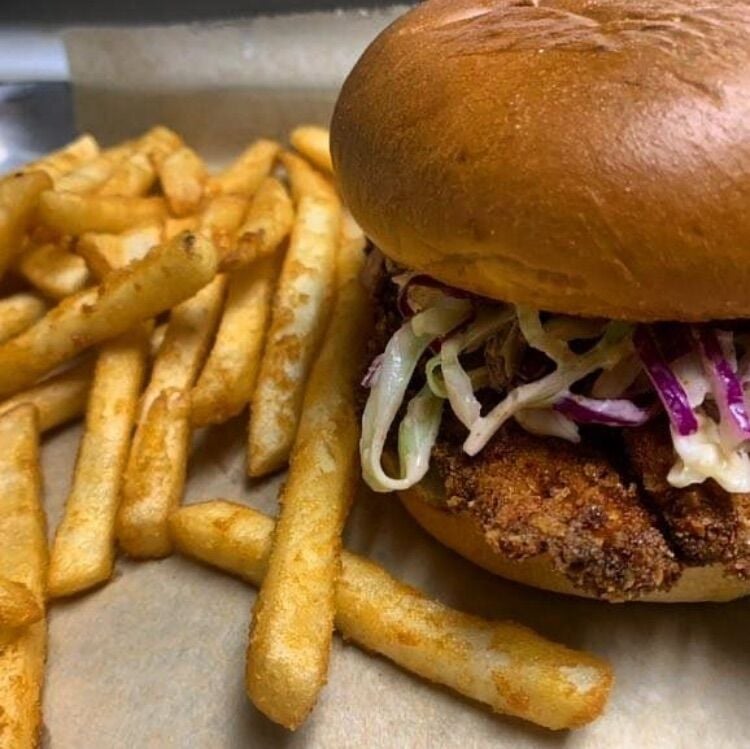 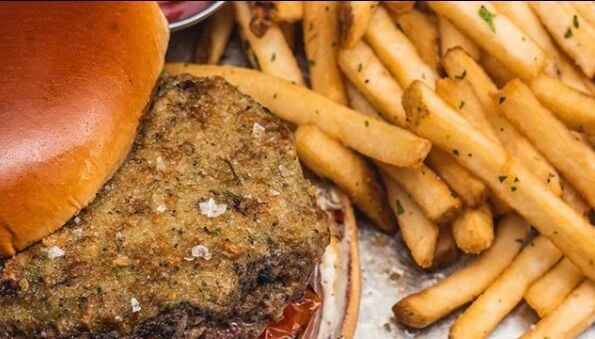 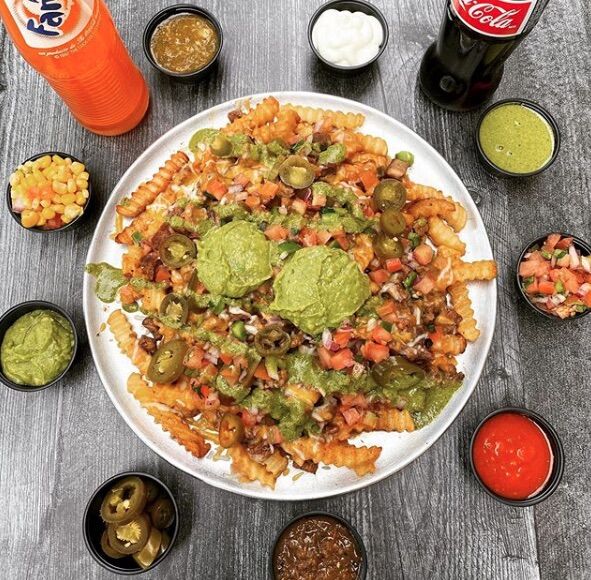 Victor's Mexican Grill has introduced VMG fries, which are only available on Fridays. 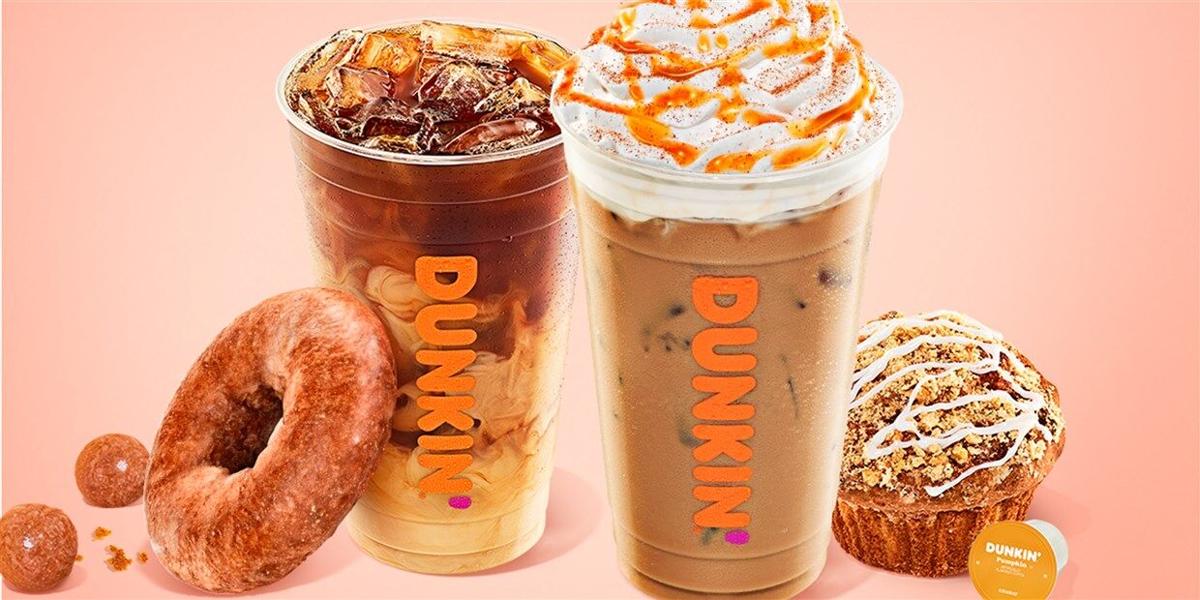 Get a jump-start on enjoying fall flavors with the Dunkin' seasonal menu, which starts Aug. 19. 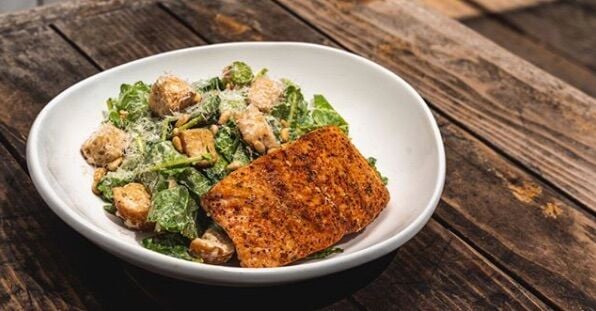 Get your nutrients with this new blackened salmon kale Caesar salad at Eureka! 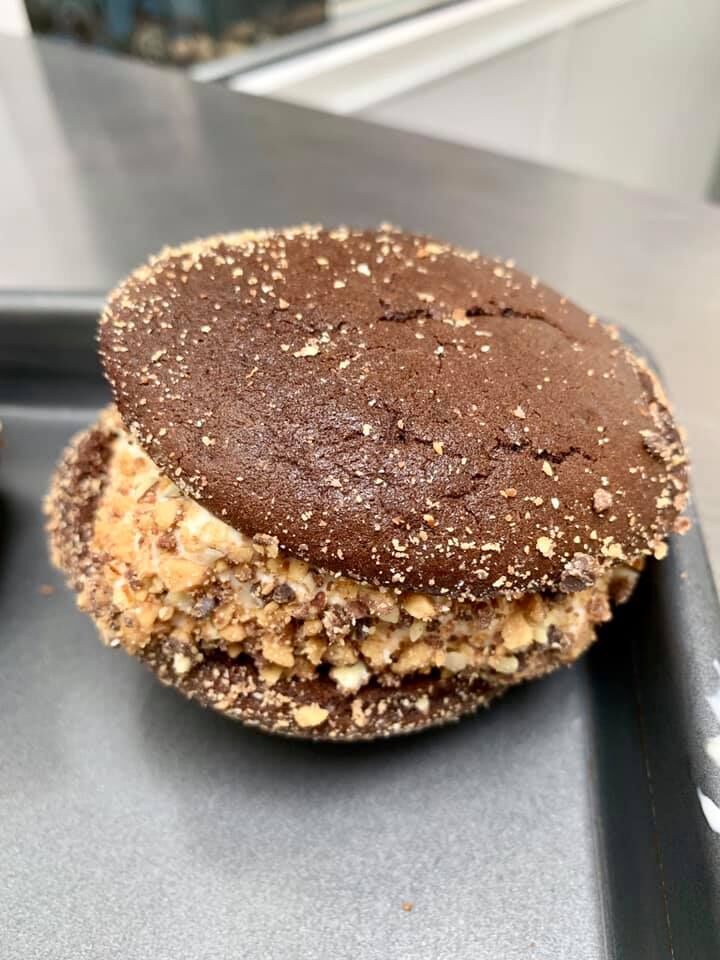 Victor's Mexican Grill has introduced VMG fries, which are only available on Fridays.

Get a jump-start on enjoying fall flavors with the Dunkin' seasonal menu, which starts Aug. 19.

Get your nutrients with this new blackened salmon kale Caesar salad at Eureka!

While the so-called chicken sandwich wars continues to rage among fast-food chains, a couple of local restaurants introduced their own contenders.

First up is Bakersfield Pizza Co. & Bar with its BPC chicken sandwich ($10). The limited-time offering features a hand-battered seasoned fried chicken breast with your choice of five sauces: spicy Nashville, tangy Buffalo, sweet honey mustard, smoky barbecue or firestarter style with roasted habanero, jalapeño pesto and chopped roasted jalapeños. The chicken is topped with fresh coleslaw and served on a warm brioche bun with fries on the side.

Call the restaurant at 381-7376 to check on availability.

Eureka! also has its own option with the new spicy fried chicken sandwich ($13.50). The menu option replaces the previous fried chicken sliders, which were deliciously topped with mashed potatoes. This sandwich is topped with coleslaw, house pickles and signature firecracker aioli. It's "cluckin’ tasty" as Eureka! promotional materials will attest.

The Stockdale Highway restaurant also has a few tricks up its sleeve with other new menu items. Among its burgers, Eureka! is offering a new 28-day dry-aged bone marrow burger ($20) featuring Santa Carota's carrot-fed Angus beef. The umami is strong with this dish that is topped with bone marrow shiitake butter, charbroiled onion, horseradish mustard aioli and roasted Roma tomato.

Those looking to load up on antioxidants and omega-3 fatty acids can opt for the blackened salmon kale Caesar salad ($17.50) with Parmesan, ciabatta garlic croutons and toasted pine nuts.

And these aren't the only restaurants offering something new. Other interesting dishes to check out include:

Kasbah goat cheese fries: Looking to challenge the tri-tip fries for dominance at Two Goats & The Goose downtown are these loaded fries, which are topped with goat cheese, chopped bacon, jack cheese along with fresh garlic, parsley, onions, tomatoes and cucumbers. The dish is served with house-made Lebanese yogurt with garlic, cucumbers and mint.

VMG fries: Speaking of fries, Victor's Mexican Grill has added a fried option to its customizable menu. Served only on Fridays (fry-days), the entree comes with your choice of meat (or vegetarian) along with house-made queso and additional toppings.

Ready for fall? Dunkin' is

We're literally feeling the heat of summer but Dunkin' wants to transport you with those fall feelings with the return of its seasonal menu, which kicks off Aug. 19.

Offerings include a mix of new and returning favorites. The new signature pumpkin spice latte promises to take "PSL to another level of enjoyment," according to the news release, with pumpkin and vanilla flavors, topped with whipped cream, a caramel drizzle and cinnamon sugar topping.

The new chai latte will spice up your routine with cinnamon, cardamom and nutmeg.

Apple, another popular fall flavor, is the star of apple cider doughnuts (cake doughnuts tossed in cinnamon sugar) and Munchkins.

Maple is another seasonal taste for Dunkin' and highlighted in the maple sugar seasoned snackin’ bacon and maple sugar bacon breakfast sandwich, which consists of five half-slices of bacon, egg, and white cheddar cheese on a warm croissant.

Rounding out the snacks are stuffed bagel minis, in plain and everything-topped varieties, and steak and cheese rollups, featuring steak and American cheese wrapped in a tortilla and served in pairs.