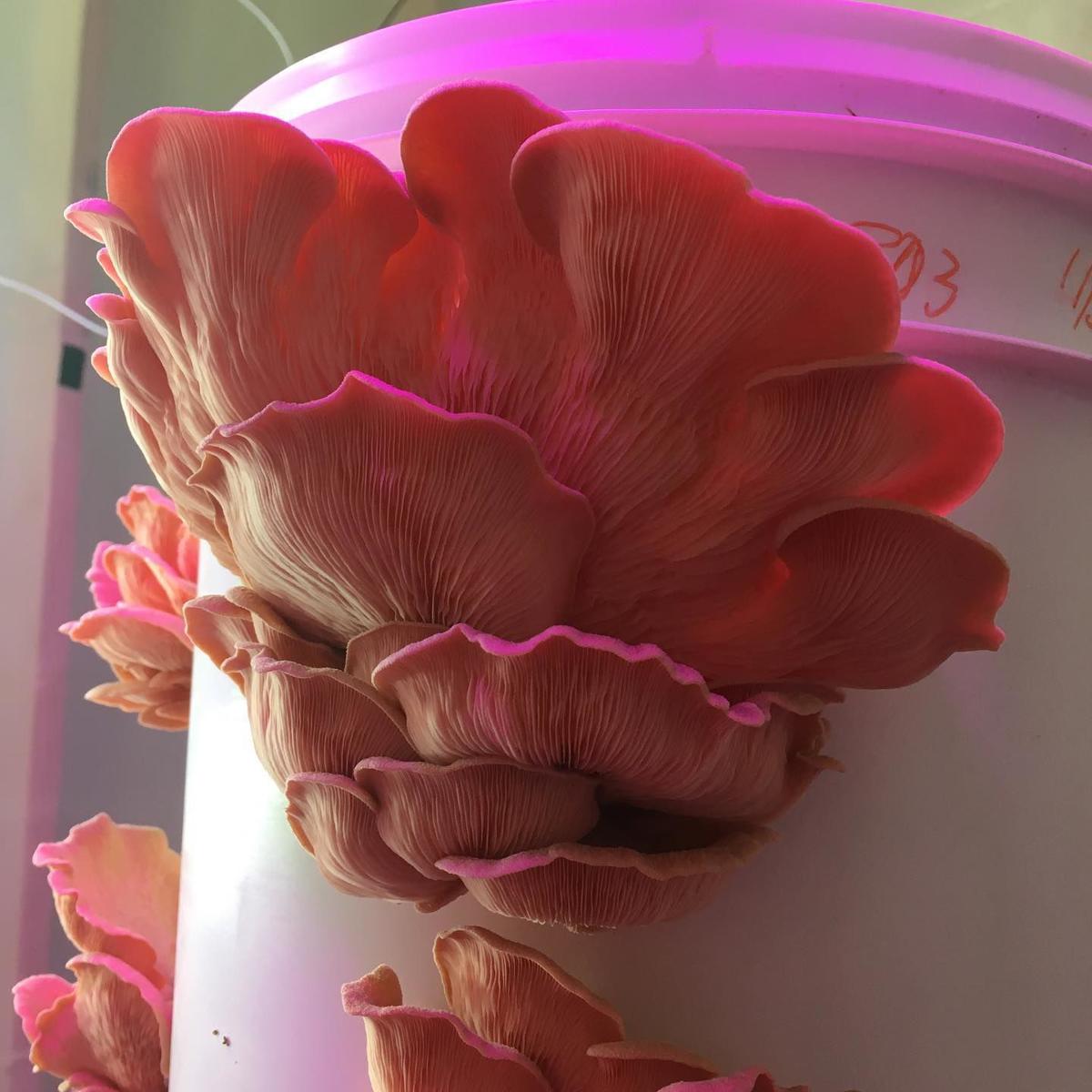 Pink oyster mushrooms grow out of a fruiting bucket as part of Hillside Mushrooms' operation. The new local business is bringing locally grown mushrooms to are farmers markets. 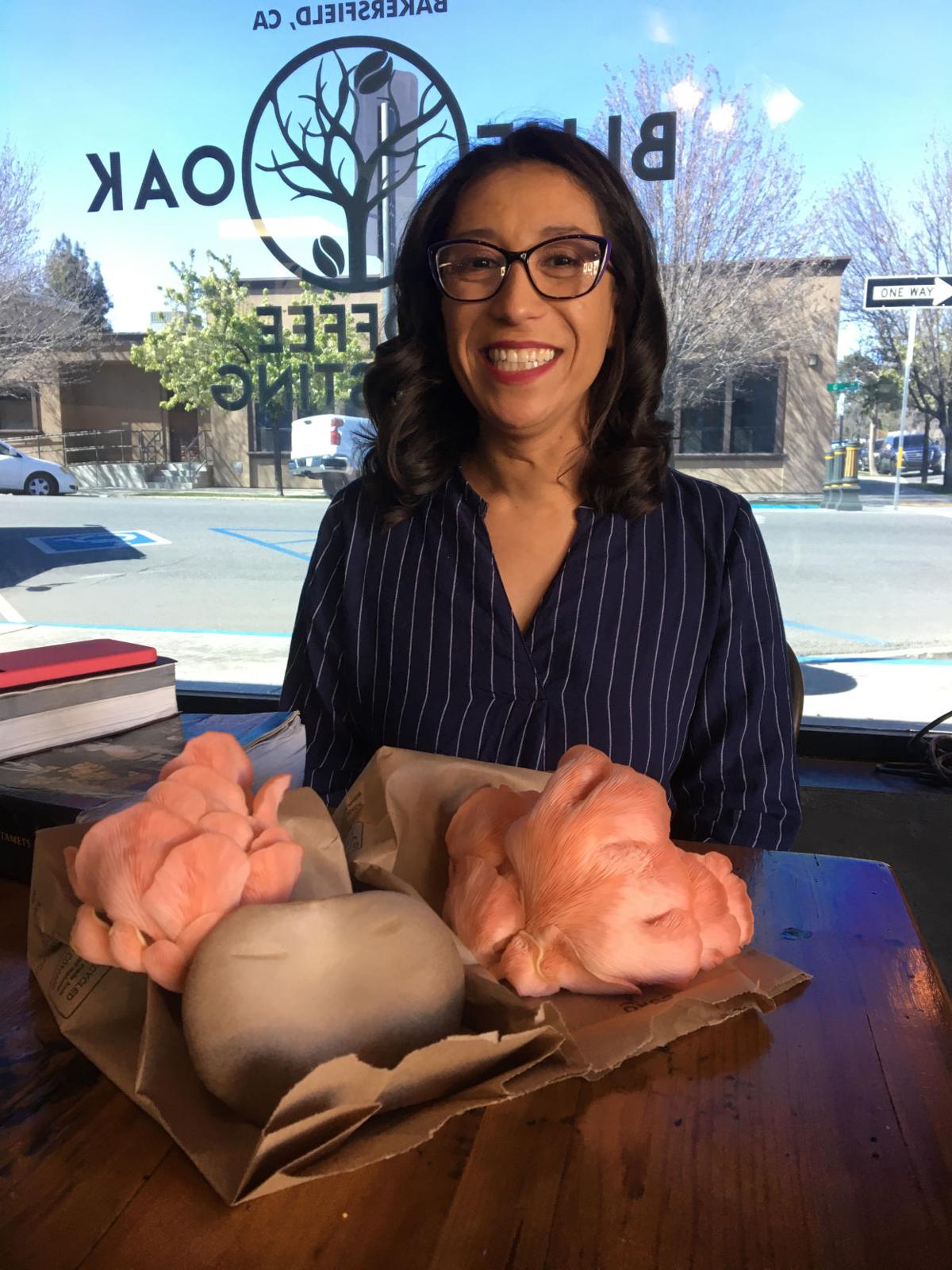 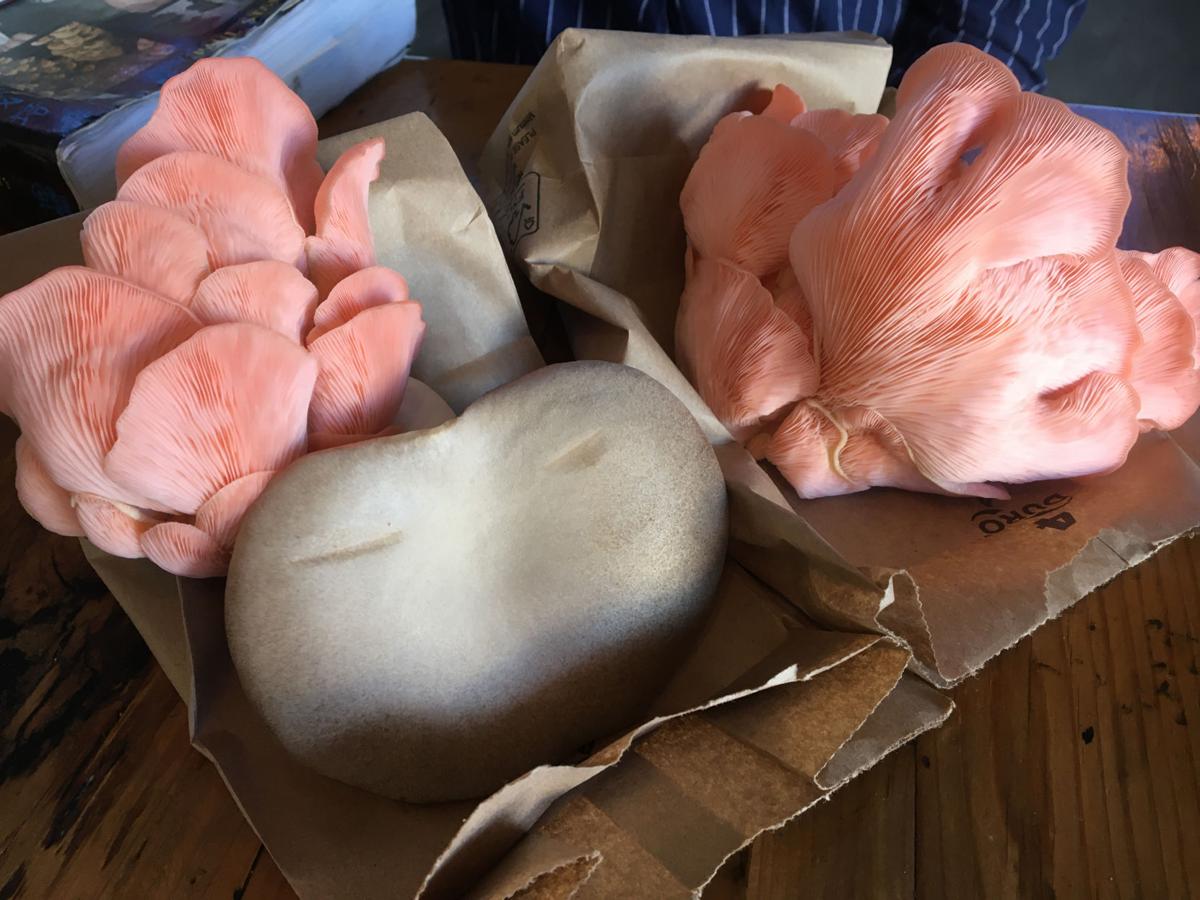 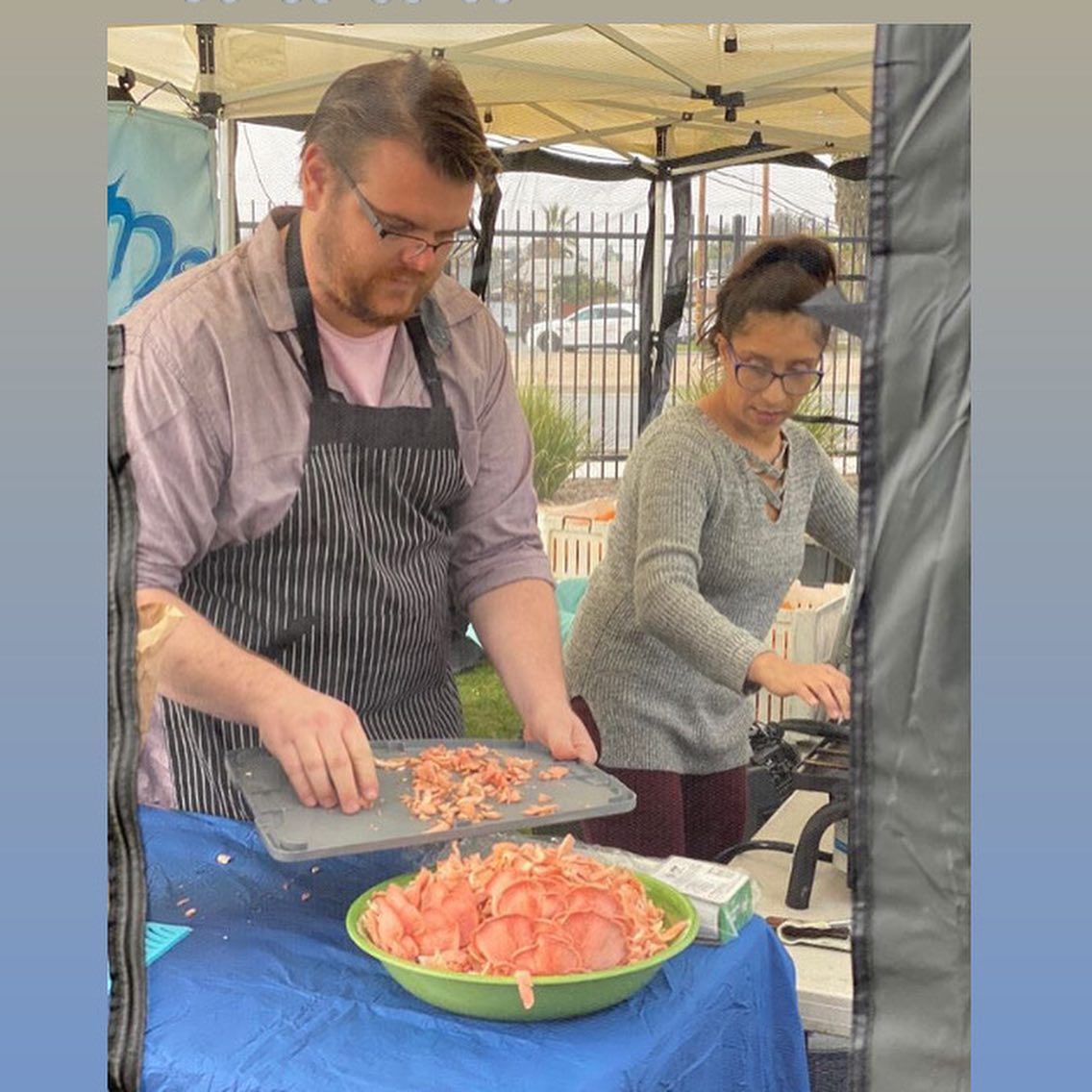 Pink oyster mushrooms grow out of a fruiting bucket as part of Hillside Mushrooms' operation. The new local business is bringing locally grown mushrooms to are farmers markets.

Had Annie Flores had her way, the business would have been called Family Fungi — but the family who makes up that name voted her down. So Hillside Mushrooms bloomed in Bakersfield last year, bringing locally grown fungi to farmers markets.

Flores, 34, has a background in science — associate degrees in physics and chemistry from Bakersfield College and she is slowly working on her bachelor's in chemistry from Cal State Bakersfield — but it was a simpler effort that got her interested in cultivating her own mushrooms.

"We bought a couple of these Home Depot kits that you put on your windowsill," Flores said. "We did a couple of them for fun and I thought 'I can grow these for real.'"

While working at Murray Family Farms in marketing, Flores soon found herself in a new role, thanks to her knowledge of fungi, overseeing the farm's mushroom program.

"What it led me to do was learn everything — management, commercial production. I built a steam sterilizer. I learned everything from start to finish."

After the production was automated, Flores was laid off but the spores of entrepreneurship were on the move. Instead of selling her services, she decided, with partner Cody Schneider to start a business of her own.

The name honors their love of the east side — Flores and Schneider met while attending Foothill High School — and the Girl Scout troop their daughters are in.

"We're an urban farm," she said. "It makes it a bit difficult but we're not at capacity yet."

The pink oyster mushroom is Hillside's signature fungi, with two varieties grown. Flores said it's highly unlikely you'd find the lovely hued variety in larger stores because the shelf life is about five to seven days. But it's quick growth cycle makes it ideal for a small local operation like Hillside.

She also grows king trumpets and is developing buna-shimeji, also known as a brown beech, which is native to East Asia.

"The focus is on varieties of whatever we can grow, what grows best."

The entire life cycle — plant to harvest — varies from two months for the pink to three for the beech. Whole oats germinated with mushroom spores are dropped into food-grade buckets with a mixture of pasteurized straw and cottonseed hull. The budding mushrooms find their way to holes drilled in the buckets and grow out from there.

Although Flores is still working on making it an organic operation, she is proud that it is sustainable. While many mushroom growers rely on single-use plastic bags and gloves, Hillside uses food-grade buckets sourced from local bakers and businesses that are sterilized for multiple uses. She also uses gloves that can also be treated and used again.

"It's more labor, but I've got kids. I'd rather the labor be on my back than the planet's."

Along with the family, Hillside benefits from interns from Cal State Bakersfield from the Department of Chemistry & Biochemistry.

"Dr. (Sarah) Forester believes in our product. ... Dr. (Roy) LaFever said, 'I'll eat your mushrooms every day. I had been promising them mushrooms at the other farm."

Hillside Mushrooms started selling in December, now taking part in the Market on the Hill in northeast Bakersfield and Brimhall market on Saturdays and the Haggin Oaks farmers market on Sundays. Flores also delivers orders during the week.

Flores said the harvest can range from 20 to 40 pounds a week. Pink oysters sell for $15 a pound, the trumpets for $20 a pound.

Although the clientele is local, Flores' community is much bigger. She said she frequently chats online with other mushroom growers who have small operations across the U.S.

She said, "I talk to people in Ohio every day. Mushrooms have grown with the internet. I'm talking with people who have the same struggles as me."

Flores is also active on social media, sharing the latest news and grow updates on Facebook and Instagram.

"I want everybody to see what we're doing, that it's going down in their town."

Folks who want to learn more can head out to the Buena Vista Museum of Natural History & Science on Monday evening when Flores will be the guest speaker for the Kern County Science Alliance's meeting.

Flores will show attendees some basics of bucket farming, helping "promote the Fun in Fun-gi," displaying some petri dishes and spawn jars, used in the early stages of the mushroom's growth cycle.

The focus now is on continuing to sell and develop varieties with plans to expand, starting with a greenhouse, which is under development.

Flores is thrilled to be in a business supported by her hometown.

"We're so Bakersfield that we're not going away. We love serving the market, knowing it's as local as you can get."

The Mushroom Mash-up with the Kern County Science Alliance is at 7 p.m. Monday at Buena Vista Museum of Natural History & Science, 2018 Chester Ave.

Orders can also be made during the week by calling 873-3034 or connecting via Facebook (facebook.com/kernhillsidemushrooms) or Instagram (instagram.com/hillside_mushrooms).