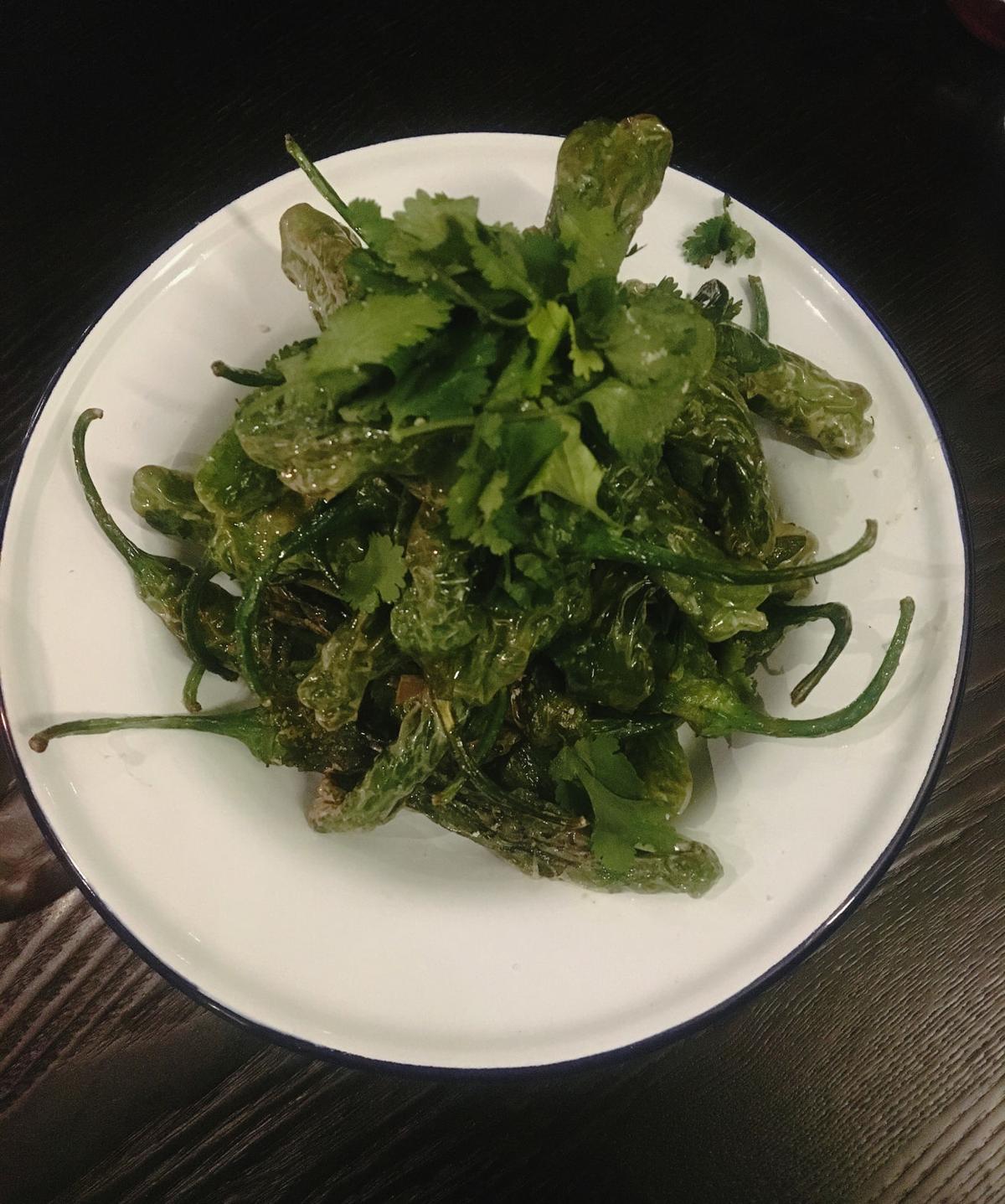 Charred shishito peppers at Smitten are part of the restaurant's dinner service. 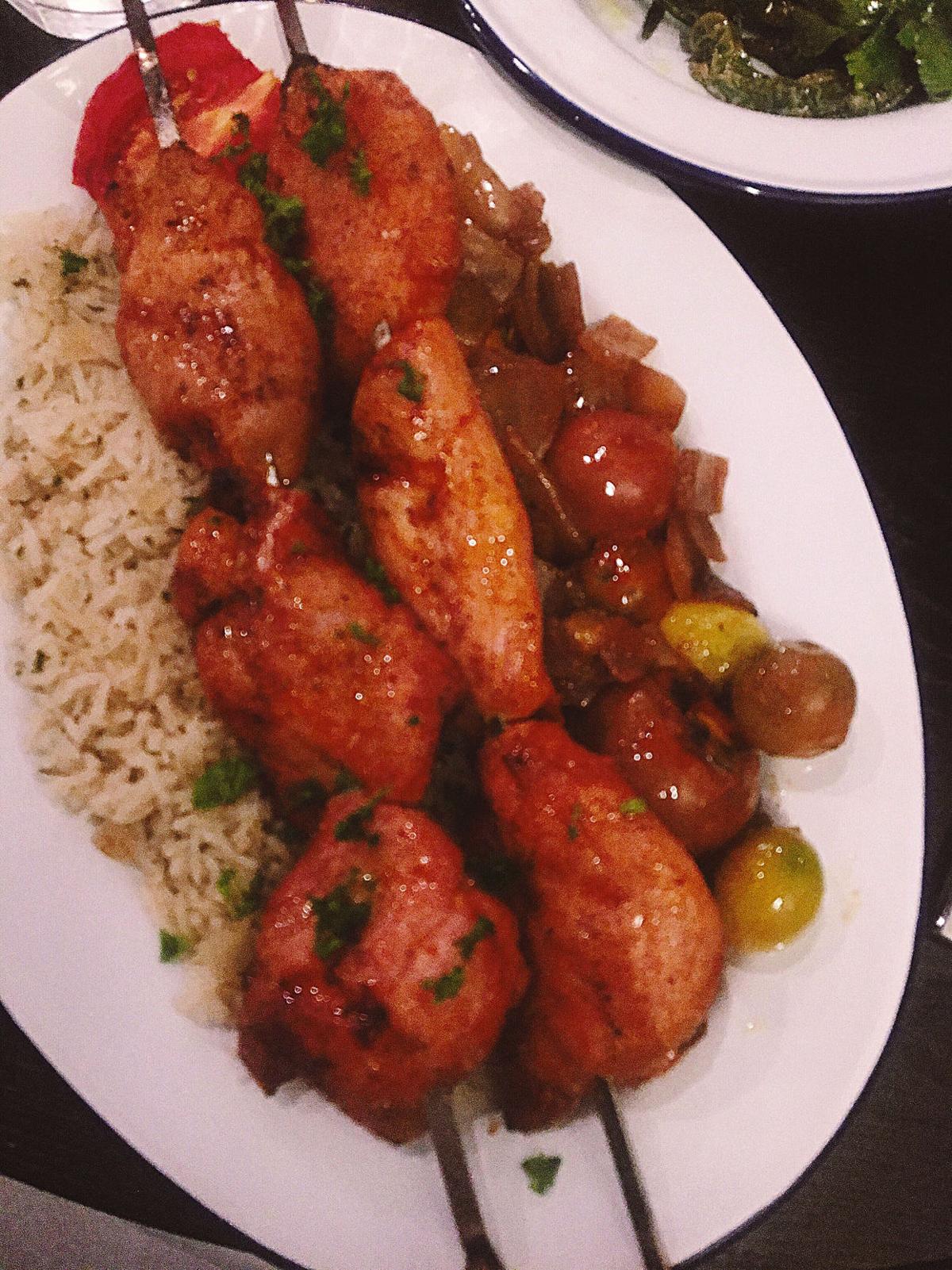 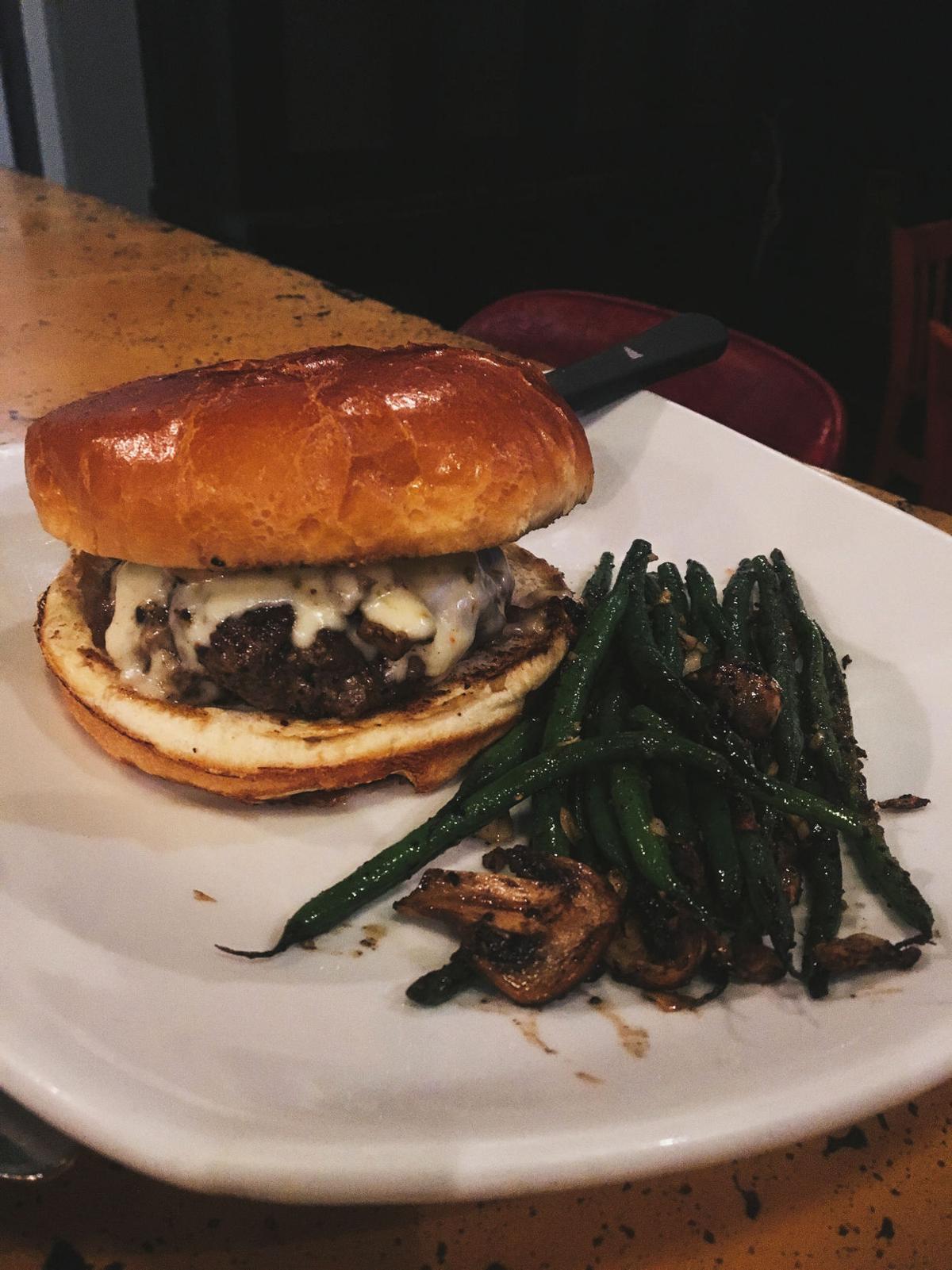 You can order the classic Muertos burger options or customize your own at Two Goats & the Goose, which also offers sautéed green beans as a side option. 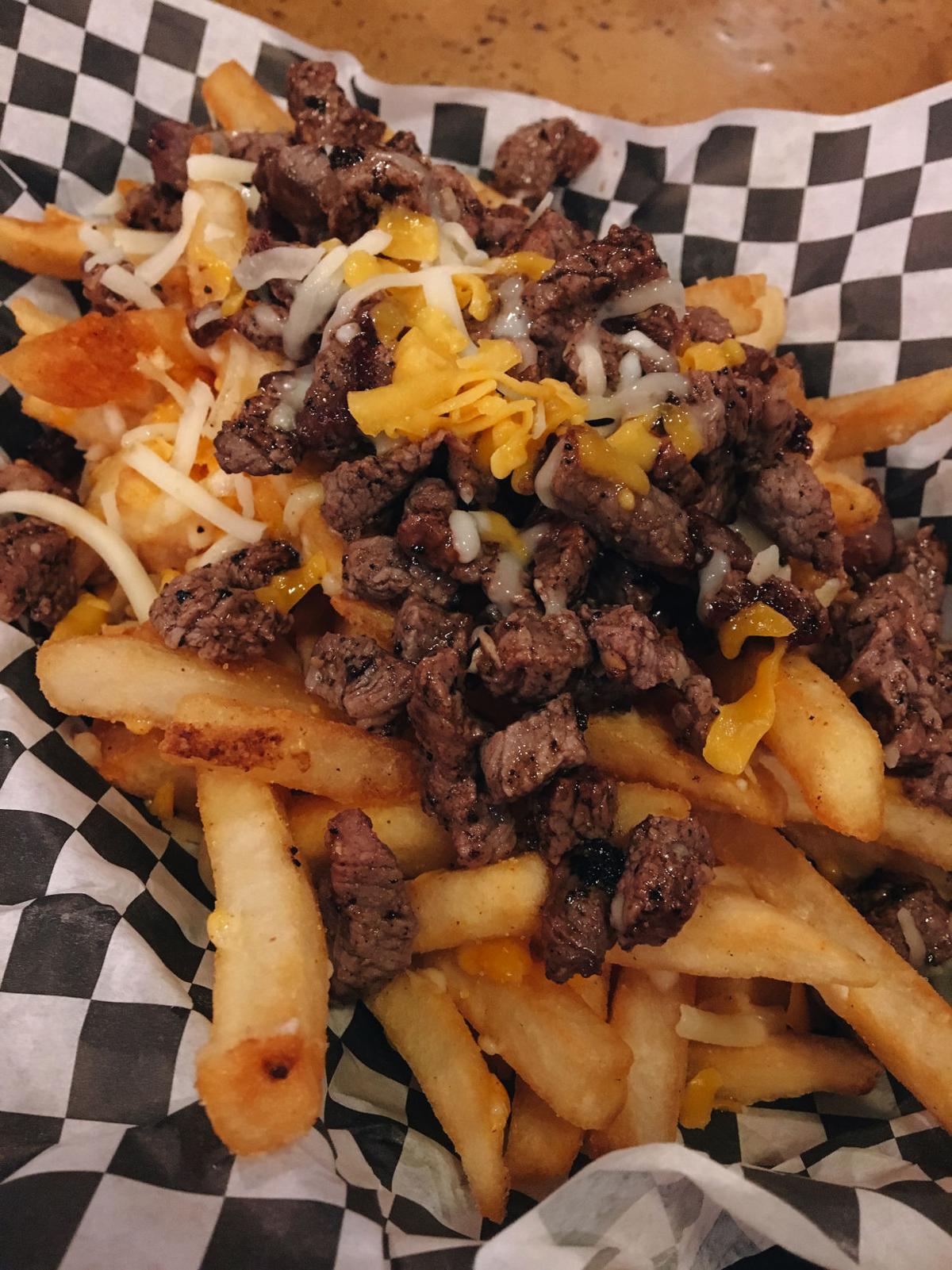 Charred shishito peppers at Smitten are part of the restaurant's dinner service.

You can order the classic Muertos burger options or customize your own at Two Goats & the Goose, which also offers sautéed green beans as a side option.

In addition to reporting food news, I, like all humans, also eat. Often taking inspiration from the stories covered and restaurants previewed, I can be spotted out in the dining wild looking for the next great bite. Here's a look at what's been going on my plate lately.

Finally made it out for Smitten's dinner service, which started last month at the Seven Oaks location. There are a number of entrees and smaller dishes on the new menu that make good use of Smitten's Josper charcoal oven.

The charred shishito peppers ($9) are a great starter, with blistered, glistening peppers piled high, brightened by lime juice and topped with Himalayan salt and cilantro. The herb can be divisive but I am firmly pro-cilantro, so the more leaves the better, especially given the slight saltiness and fresh flavor of the peppers.

The peppers are a bit longer than at other places so it may be more well-mannered to cut them on your plate and eat with a fork. Hunger outweighing any such discretion, I managed to eat them by hand.

For dinner, I had the chicken skewers ($22). Co-owner Stasie Bitton previously said that the chicken dish was one of the last that husband Shai finalized on the menu, trying to find the best presentation and flavors for the meat.

This dish was lovely, with a generous portion of moist, flavorful chicken served on two skewers atop a bed of basmati rice and grilled onions and tomato. The smokiness from the oven was evident in the meat. It was easier to cut the chicken on the small plate used with the shishito peppers since I didn't want to knock any rice or veggies off the larger plate.

Another night, I headed downtown to try Two Goats & The Goose, which was formerly Muertos. It's the same owner and crew with many popular dishes remaining and some new items. Had the tri-tip fries ($12.95), which may be familiar to longtime customers as the carne asada fries. Really crisp fries topped with an ample portion of melted cheese and well-seasoned meat. One thing in the past that has disappointed me was getting fries (as a side with a sandwich) with cheese that wasn't melted. No problems this time. The meat is chopped small enough that this is a job for a fork once you've consumed the fries on the outer ring.

Also had the cauliflower tacos ($9.75), which are topped with lettuce, jack cheese and Thai chili sauce. You can have the veggie sauteed or fried. I opted for the latter but tasting how good the pan seared mushrooms and green beans — available as a side option or in Tidwell's tacos — were it seems prudent to make another visit. The menu also states that other vegan and vegetarian options are available so it's really just a matter of checking with your server.

The restaurant has been active on social media to get the word out about specials and updates, including the new sign out front. Follow it at instagram.com/twogoatsandthegoose for the latest.