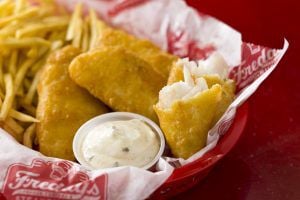 Fish and chips is back at Freddy’s Frozen Custard & Steakburgers. 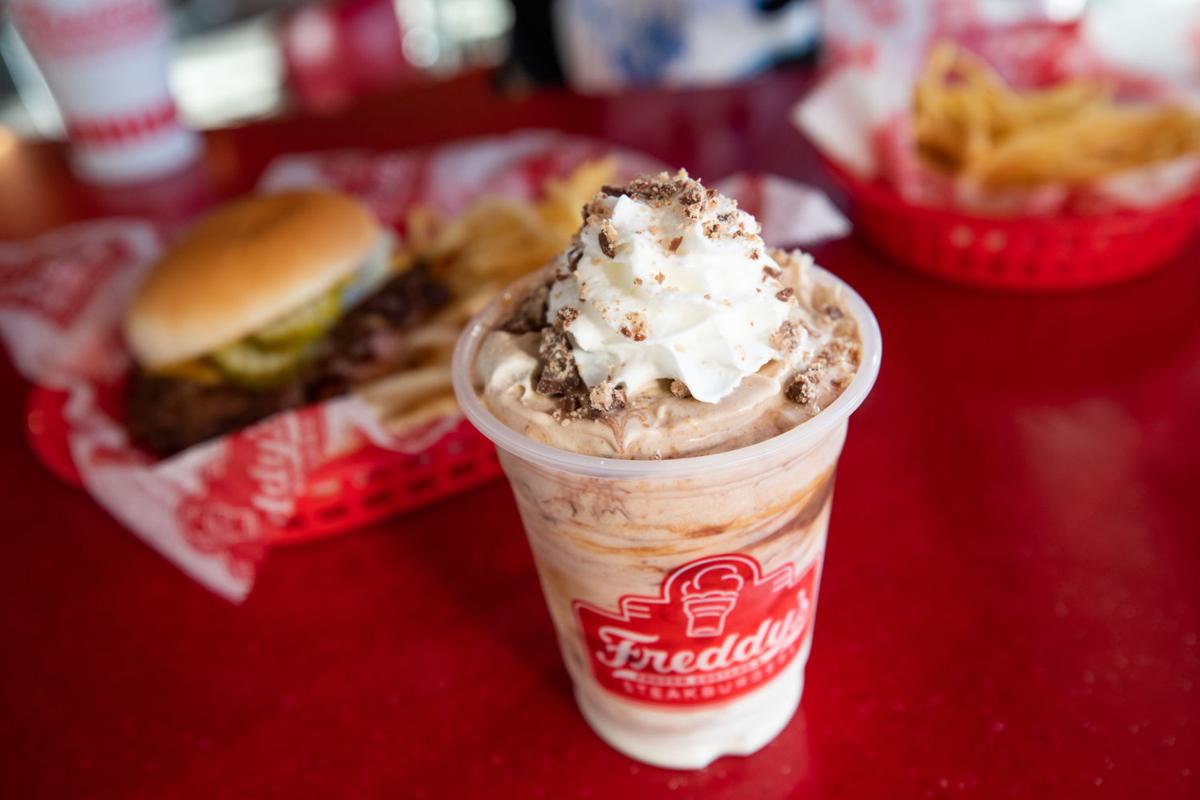 Fish and chips is back at Freddy’s Frozen Custard & Steakburgers.

As the season of Lent approaches, many restaurants will bring their seafood options back to the menu. Freddy’s Frozen Custard & Steakburgers is ready for diners with the return of its fish sandwich and fish and chips.

Two filets of wild-caught Alaska cod are topped with melted American cheese and Freddy’s sauce, then served on a toasted bun for the sandwich, which can be ordered alone or in a combo with shoestring fries. The same cod is featured in the fish and chips, fried crisp and served with malt vinegar or tangy tartar sauce

“Freddy’s fish options are a classic guest favorite that continually garner excitement when we announce their return to the menu each year,” Scott Redler, Freddy's co-founder and COO, said in a news release. “For guests who would like to top off their meals with a sweet treat, the peanut butter fudge crunch concrete is the perfect choice.”

The limited-time menu items are available now through mid-April or while supplies last. Freddy's is at 2649 Calloway Drive.